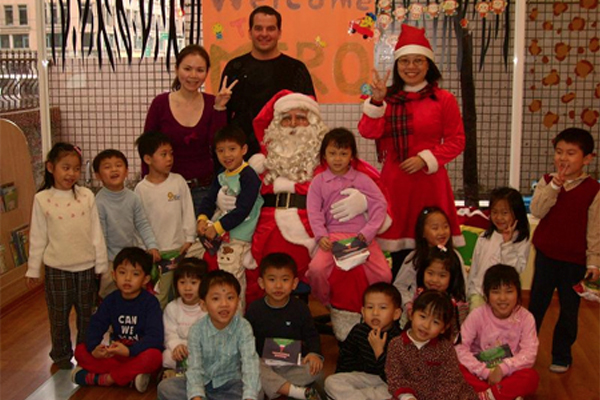 When it comes to choosing an English name, many Chinese are no longer choosing common Western names such as David, Amy, and Jenny. Instead, they want their unique identities to come through. This has produced names such as Godzilla, Jaguar Alladar, Rock and Yo-Yo.

Parents give a lot of thought when choosing a Chinese name for their child. The Chinese characters often represent parents’ aspirations and expectations.

“My Chinese name is 穎 [Ying],” said Dr. Ying Y. Petersen, a Chinese professor at the University of California, Irvine. “My mother picked it out for me because it means authentic and unique. I think it is quite fitting; it is a good name.”

“There is so much meaning placed on Chinese names that it’s a very big deal to pick the right characters,” said Anna Sophie Lowenberg, who produced an episode dealing with naming for the online television series “Sexy Beijing”.

“It’s a really interesting big flip of the script where [choosing] English names are the total opposites,”  I know lots of Chinese people who don’t really care if it sounds like or if it is an acceptable English name. They just want to choose the name they want.”

“Chinese people have English names because it’s a fashion; a way of saying that they are westernized,” Petersen said.

However, for many who are part of the younger generation, Western names are not simply part of a fashion trend. Instead, these names are part of who they are as individuals at a given time in their lives.

“When I was in the university in China, people always [saw] me drinking Coke, a lot of Coke!” said Coke Chen, a second year international student at Pasadena City College in pursuit of a marketing degree. Coke’s soda craze soon got her the nickname 可乐 [Ke Le], which is Coke in Chinese.

“My [first] English name [was] Suzanne,” she said. “I created it in junior high for English class. I choose this name because it sounds like my Chinese name, Shu Xian. But I stopped using it because [it] made me sound so old.”

The nickname stuck with her when she came to the U.S. She has, however, encountered one problem with her name. “People ask me, ‘Why [did] you choose this name,’ because…it means cocaine. But I don’t care.”

Chinese have many reasons or methods for choosing English names. Some, like Coke, change their names because they feel they do not suit them. Others choose Western pronunciations of their Chinese names.

Nora Chen, a young adult librarian, found her English name from a naming dictionary. “My Chinese name has a ‘no’ sound in it, so I looked at all the ‘N’ names in the dictionary and picked ‘Nora,'” she said. “Chinese names are usually short with just two syllables; my English name is like that too. It is not about whether it is a good name or not.”

Nora is not alone in her choice. Laura Duthie, a doctoral candidate in anthropology at the University of California Los Angeles, explained in her 2007 article, “Western Names for Chinese Identities: The Acquisition and Use of Western Personal Names among Chinese Business Professionals in Foreign-Invested Corporations,” that Chinese names often have two syllables. Therefore, “many people felt that two-syllable Western names sounded better, describing them as ‘more friendly’ and less ‘abrupt.'”

Some like to take the names of people they admire rather than seeking a similar sounding name.

“My name came from a movie star named Grace,” said Grace Yang, a native of China who also lived in Sweden for six years. “I picked that name when I first came to the states. When I started going to church, I found out that it even fits well in church.”

Amy Tian, also a librarian, said she decided to have an English name because Westerners have a difficult time pronouncing “Yuan”, her Chinese name. She picked Amy even though the name has no resemblance to her Chinese name.

“It is easy to translate into Chinese—爱美 [Ai Mei]—and I wanted something that sounds pretty.”

“It’s easier to give them your English name. You don’t have to explain the Chinese name to people.”

Moreover, Chen says that choosing English names is part of westernizing into American society.
“We [Chinese immigrants] choose English names because we don’t want to be different. We want to be just like everyone else,” Chen said.

But in China, an English name sets one apart. Some Chinese may give themselves English names when conducting business with foreigners in order to facilitate communication as well as to appear more modern and westernized. In fact, according to Duthie’s article, “Western Names for Chinese Identities,” many prefer to use their English name in interactions with Chinese-speaking colleagues, friends, and even spouses. However, Duthie cautions the use of the word “westernized” in a country where globalization even challenges what defines being Chinese.

“No, I don’t think it is westernization,” Duthie said. “I do think they [the Chinese professional businessmen] are challenging the boundaries of Chineseness. They are asked to prove their Chineseness because they are in contact with non-Chinese. White collar executives are very definite that they are not westernized, but rather, they are ‘modern Chinese.'”

Duthie sees the integration of English names not as an Americanization of Chinese culture but as a redefining of “Chineseness.” “Taking outside influences and making them part of your own identity does not necessarily take away from who you already are,” she said. “Even though Chinese thought is very different from America in this regard, China has always imported ideas, behaviors, or material things and then added Chinese characteristics! That is what Chinese executives believe they are doing with English names.”

Duthie noted that five participants in her research “specifically chose Western names common in the West (Peter, William, David, etc.) because they felt that it made the name ‘more real’ and was a safeguard against choosing a name that was ‘too strange’ or had ‘bad meaning.'”

In China and Taiwan, even those not engaged in foreign business are taking on English names. Parents are even giving English names to their children because unlike Chinese names, these Western names do not have symbolic meanings attached to them. Rather, these uncommon names are just nouns and adjectives individuals are drawn to.

Dylan McCann, an English teacher in Taiwan, provides a simple explanation to how some choose these unique names.

“What it boils down to really is if the name sounds cool,” said McCann. “Parents hear names in movies and in TV and just pick them randomly. Or if they like an animal they pick it for a name.”

Rarely do such casual names such as Tippy and Piggy show up in the workplace in America.  However, McCann explains that these were actual names that belonged to two Chinese teachers in Taiwan.

“Piggy said she picked the name because the professor in school and all her friends said that it sounded cool,” he said. “They really didn’t take into consideration the meaning behind the word.”

Since these names are not legal, people often change their names multiple times. The majority change their names for the same reasons participants in Duthie’s research changed theirs. According to the participants, the creation of a new name signified a major change in their lives, such as immigrating to a new country or another turning point. Some, like Tian, even revert back to their original Chinese names once they have adjusted to a new home and culture.

“When I meet new people at the library and with staff members and they ask me, ‘What is your name?’ I now tell them my Chinese name.” Tian said. “If someone still calls me Amy, I tell them ‘Please, please call me Yuan.’ For some reason, I’ve become very proud of my name. I believe my name, Yuan, brings me luck. It also has a deeper meaning because when I was little, I grew up in a botanical garden [Yuan is also the Chinese word for garden].”

Tian even has a way for the foreigners who have a hard time pronouncing her name. “I tell them to think of the U.N., United Nations, and 90% of the time, they get it correct.”

Interestingly, non-Chinese who live or immerse themselves in a Chinese cultural setting often have others create names for them as well. These names do not have much symbolic representation attached to the Chinese characters.

“A lot Chinese teachers [in the U.S.] give their American students Chinese names,” Petersen said. “One Chinese teacher gave a student the name of Hong Ran — … meaning [red] beard. This name has no association with his English name of course.”

Another student gave herself the name of 礼拜天 [Li Baitian, or Sunday] because she learned those words during the first day of class.

Dr. Petersen created a Chinese name for her American husband based on his interests.

“My husband’s Chinese name is 蓝朝 [Lan Chao] which means blue tide. I gave him that name because he likes the color blue and the tide. I use his Chinese name among my friends. Everyone calls him 老蓝 [Lao Lan or Old Lan].”

However, having two names can also be complicated.

“I think my whole life in China has changed,” Lowenberg said. “When I lived there [Beijing] during the 90’s, most people I knew did not speak English and I would use my Chinese name all the time and that was it.”

Petersen said that her husband gave her the English name “Isabel”, but she uses it only when it is needed temporarily. “I only use Isabel when the maintenance people, contractors come to our house or when I order coffee at Starbucks.”

Similarly, Tian uses her English name for unimportant things while using her Chinese name with those people who are close to her heart.

“For something I don’t really care [about], I use my English name,” Tian said. “If a patron were here and my English name is easier to remember, I tell them my name is Amy. Towards people who are permanent in my life, like friends and family, I really want them to use my Chinese name.”

When it comes to choosing a new name, rules do not exist. While a legal name is chosen at birth, a name in a new language, English or Chinese, gives an individual the chance to define him- or herself in a new way.

Yao Xu is a graduate of the University of California at Irvine with a degree in English.