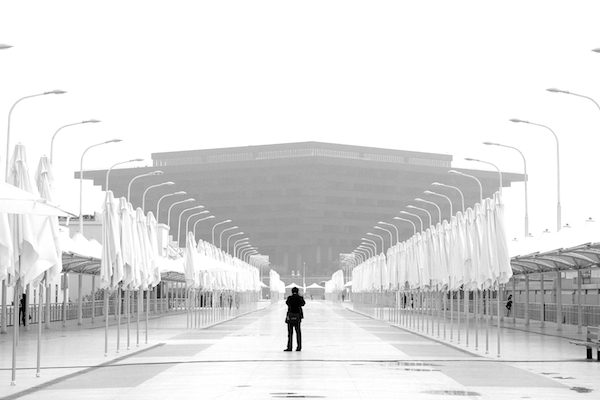 A guide to Expo 2010 Shanghai, an event that marks China’s ascent to the top of the global stage.

The euphoria of the Beijing Olympics is long gone, but on May 1, 2010, representatives from 192 countries, including twenty heads of state, gathered in Shanghai for a spectacular opening event. The celebration included captivating performances and a stunning fireworks display. The pavilion sites are already overflowing with visitors, and the numbers flooding into the city increase daily for what is the biggest and longest celebration in the city’s history: Expo 2010. US-China Today offers readers this primer. 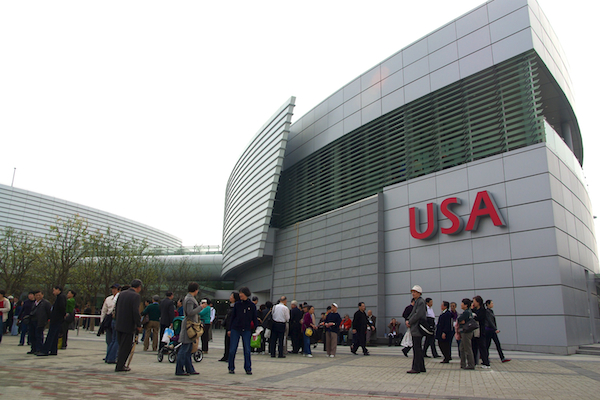 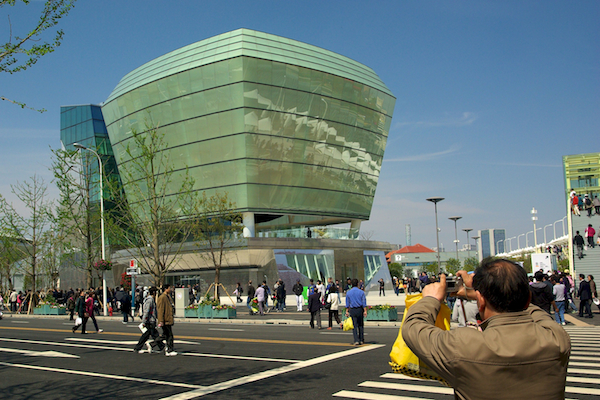 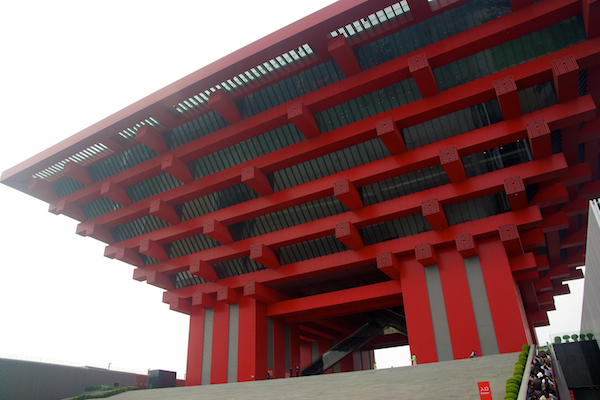 Traditionally, technologies such as the picture phone at the 1964 New York Fair along with defining structures such as the Eiffel Tower (1889 Paris Expo) and the Space Needle (1962 Seattle Fair), were introduced to the world at these events. These fairs were an opportunity to demonstrate technological advances and commercial prowess, and given the costs and what they historically highlight, they have previously been held in developed nations.

Flash-forward to the twenty-first century and the Shanghai Expo: while technology is still an important attraction, new questions and issues have arisen. With such advanced communications today and international travel, what makes an expo useful and compelling? How does the World Fair remain influential and relevant in modern times? The answer lies in emphasizing globally relevant, big ideas like energy and ecology.

As the first expo hosted in a developing country and with an emphasis on ecology, it’s fitting that this year’s theme is dubbed “Better City, Better Life,” for better living in future urban environments.

From May 1st to October 31, 2010, about 70 million guests are expected to converge in Shanghai. In order to prepare the roughly 1,300 acres (5.28 sq. km) for the expo site, China Daily observes that the city had to relocate around 18,000 families and 270 factories. Some of those who were relocated protested in Beijing in February.

Like the 2008 Beijing Olympics, Expo 2010 will be one of the most expensive international events ever. By one Guardian estimate, the total expenditure to prepare for the Expo has been about US$45 billion. That includes paying for three new subway lines, a new airline terminal (US$1.47 billion), and the revamped Bund waterfront (US$732 million). The Washington Post says the entire cost of the Expo will rise to US$58 billion when relocation costs are included.  Expo spending is easily greater than the $43 billion spent to host the Olympics in 2008.

Around 20 million tickets have been presold. Only those with pre-purchased tickets could attend in the Expo’s first days. Many tour companies are offering special Expo packages. People who are unable to make the trip to Shanghai will still be able to virtually wander through the Expo via an interactive web portal. Over 5 million people already use Shanghai’s transportation system every day, and during the Expo, an estimated 6 million people will be riding the subway.  Chinese Central Television reports  500 x-ray machines are being installed in the subway system to help screen for dangerous items, and according to the Shanghaiist blog, the system has already taken on an additional 4,000 staffers to aid in security.

Large numbers of people, Chinese citizens and foreigners included, have mobilized to support the Expo. On normal days, the Expo site will have 2,535 volunteers to serve visitors, but plans are in place to double the number of volunteers during the weekend and holiday peak periods. A total of 77,000 people both in China and abroad have been recruited to assist with the Expo, 10 percent of which are reserve volunteers who will offer further assistance if the Expo site suddenly becomes flooded.

By last count more than 610,000 people, including 3,001 foreigners, were registered to be Expo 2010 volunteers. Of these volunteers, 155 student ambassadors were selected by the University of Southern California to staff the USA Pavilion. Hailing from 38 states, they are currently assisting with the hundreds of talks, screenings, panel discussions and performances offered in the exhibition area. Two former US-China Today writers, Rune-Wen Huang and Emily Yu, are among the student ambassadors.

In keeping with the Expo’s theme of sustainability, Minister of Science and Technology Wan Gang announced last March that many technologies would be utilized to reduce the carbon footprint of the event as much as possible. This includes operating a set of 4.6-megawatt solar power generators that’s being called “the largest-scale solar energy application project” and building 34 3-megawatt wind power-generating units to supply clean energy for the event.

Some are concerned about the overall environmental impact of the Expo.  According to National Public Radio, to date there are no details or plans on how the building materials for the Expo’s 52 temporary pavilion structures will be disposed. Only 4 of the pavilion structures (including the Chinese Pavilion) will remain standing after the exposition concludes. At present, discussions are underway to allow for the USA Pavilion to be dismantled and reassembled elsewhere in China.

Known as the “The Crown of the East,” the Chinese Pavilion is situated at the main entrance of the Expo and is the first pavilion most visitors see. The pavilion stands at 63 meters tall, which is three times the height of other pavilions, and takes up 160,100 square meters in floor space. It includes a national pavilion; a joint pavilion for the 31 provinces, regions, and mega-cities participating  and separate pavilions for Hong Kong, Macau and Taiwan.

When the design was unveiled in December 2007, 344 designs were submitted for consideration before the current design was chosen. He Jingtang, the creator of the selected design, is the director of the Architectural Academy of the South China University of Technology.

Once Hilary Clinton become Secretary of State, however, progress began towards U.S. involvement in the Shanghai Expo. Clinton viewed the Expo as a vital aspect of public diplomacy and made it a departmental priority. She worked with veteran associates to mobilize on the planning and the management, and in addition, she saw involvement in the Expo as a priority to the Chinese she was seeking to work with on several issues. From the start, Clinton worked hard to appeal for funding from American firms, which helped to turn the U.S.A. pavilion at the Expo into a reality.

Without large contributions, no Pavilion would have been possible. According to The New York Times, the key players here were Jose H. Villarreal and Elizabeth F. Bagley. By the time Villarreal was formally appointed Pavilion Commissioner-General on July 1, 2009, the U.S.A. Pavilion managed to sign a participation contract for Expo 2010 and immediately began breaking ground on the pavilion site with only half of the $61 million left to raise. On April 7th, 2010, Business Week reported that organizers for the U.S.A. Pavilion had successfully met their fundraising objective.

Covering a span of 6,000 square meters (60,000 square feet) and designed by Canadian architect Clive Gout, one LA Times report notes the U.S.A. Pavilion resembles “a large steel and glass shopping mall with a front opening up into a stage.”

The Pavilion consists of three video “acts,” including efforts by a variety of Americans to welcome guests in Chinese. Secretary Clinton and President Obama issue the most extensive welcomes, but Los Angeles Laker superstar Kobe Byrant also joins in by noting that anything is possible when you work together.

The main act is a video showing the transformation of a bedraggled empty lot into a garden. A single individual launches the change, which succeeds when others are inspired by her example.

Tom Cooney, the Pavilion’s Deputy Commissioner General, comments, “The Expo provides a wonderful chance to present America’s story to 60 million Chinese visitors plus 10 million international visitors who are expected to visit the Expo over the six-month long event. By visiting the U.S.A. Pavilion, a visitor can spend a few minutes in ‘America’ and gain an appreciation for our culture and values.”

For China, the benefits of organizing and hosting the Expo are many. Most important is the chance to showcase Shanghai, the country’s economic center, and to highlight the remarkable urbanization that defines present-day China. Though the costs are immense, many point out that the subway lines and other infrastructure will serve the city for years to come.

Some wonder, though, if the costs to participating countries are too great.

According to one NPR report, Australia has spent US$76 million, while Saudi Arabia ($146 million) and Japan ($140 million) have spent even more. These sums have been poured into temporary structures and shows.

But as one China Daily commentary notes, the Expo is about diplomacy and reputation. “Nations have long used diplomatic means to develop and maintain reputations, even to the general public. These reputations can affect such things as exports, foreign investment, tourism and even political relationships.” Millions of Chinese will visit these pavilions and it’s possible that their opinions of the countries that create them will be shaped by what they see and experience.