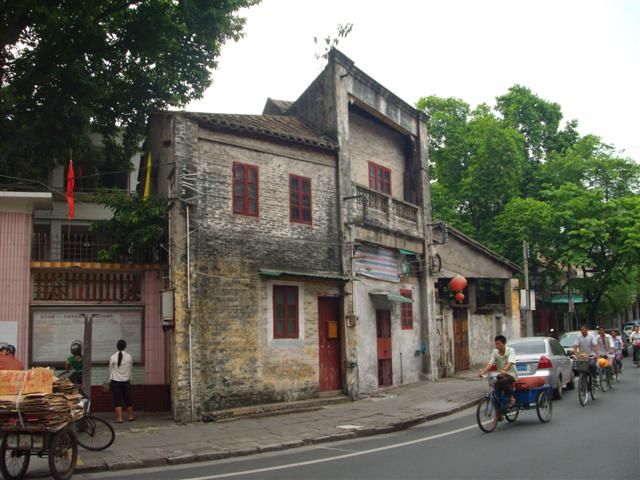 US-China Today is offering a new series on student experiences in China. In this article, Ryan Dalton explores the city of Foshan and looks into the issue of preservation and modernization in China.
美中今日的新栏目－学子游记将描述学生们在中国旅游的经历。 在本期报导中，Ryan Dalton 将探讨佛山，其文化保护和摩登发展等问题。

With its long history, Foshan, located in China’s southern province of Guangdong—about an hour’s drive southwest of Guangzhou, has been a center of trade and handicraft production for over a millennium.

Today, the city is one of rapid development with large amounts of manufacturing exports in key industries such as household appliances, equipment manufacturing, electronic and information technology, ceramic materials, metal processing and metallic products, petrochemical and pharmaceutical products, and much more.

As the third fastest developing city in Southern China after Shenzhen and Guangzhou, Foshan makes up 11 percent of Guangdong’s economic base, and approximately 1 percent for China as a whole. In 2009, the city’s per capita GDP reached a highly productive level of US$11,794. In comparison, this significantly exceeds the per capita GDP for China in 2009, which was US$3,678. Foshan exports 25 percent of all its manufactured goods to Hong Kong, and 23 percent to the U.S., its second largest export market.

The city is also a major hub for local business. The major shopping district of Foshan, complete with several shopping malls that specialize in selling top brand clothing, is located within sight of the Swiss Hotel—the city’s first 5-star hotel.

But this is all quite typical of a big city anywhere. The surprising feature is the close proximity between the malls and high rises and the old district. Walking around the streets of Foshan, there is a curious contrast between the old and the new; structures from the imperial era run adjacent to the brand new high rise buildings. Stucco and brick have been replaced by walls of glass.

China is not unique in its possession of a long history and prevalence of old buildings. A very common activity for tourists in Europe is to visit the ancient castles and streets of old cities. But today China has become a major tourist destination and has come under criticism for the destruction and loss of historic sites and cultural relics. Anthony Tung wrote Preserving The World’s Cities: The Destruction and Renewal of the Historic Metropolis. In an email interview, Tung criticized China as one of the worst destroyers of ancient relics and historic sites.

“Across the century, across the world, about 50 percent of the global urban architectural portfolio was erased,” he writes. “Now, in the twenty-first century, while conservation laws have stopped or slowed the destruction in numerous places, China is not one of such locations. It is my sense that the loss of material culture in China is somewhat unprecedented. The material is extraordinarily singular…The rate of erasure is staggering.”

This fact may very well be true, and many can cite examples of lost cities like those in the Three Gorges dam region, or lost sites such as the famous “Nail House” of Chongqing.

But can we simply conclude that cities like Beijing and Chongqing are the norm, and that all of China is the same in its self-destructiveness? And should China be obligated to fund the maintenance of old buildings dating back centuries that are crumbling just so spectators from abroad can marvel at their antiquity?

In Foshan, while there are a certain number of buildings lined for destruction, there are still several more that are being actively preserved. Indeed, the ten museums in Foshan is testament to China’s desire to preserve its history.

Mr. Zhu Peijian, museum director and member of the Expert Committee that supervises the preservation of cultural relics found in Foshan’s developing sectors, offers insight on the regulations of preservation in Foshan.

“Foshan is a very famous historical city in China, rich with collections of historic items that are protected by law,” he explains. “Due to the rapid economic development in recent years, Foshan has a lot of infrastructure projects, and each construction project under construction in front of a house is to go through an investigation by the cultural relics department.”

Zhu further explains, “If artifacts are found at the work site, the person responsible to the relevant work units must report it to the relics department, or take the initiative on to the heritage sector to send experts from the cultural relics department to deal with the identification. If it is one of the large construction projects, particularly those involving the old city construction projects, the relevant departments should participate in the decision of the Committee of Experts composed of cultural relics.”

In regard to the older buildings, there is also certain protocol used to justify what is worth saving and what is not. Mr. Zhu stated that the old homes are classified in three categories.

The first are the ancient buildings, or those built prior to the Qing Dynasty (1644-1912). In Foshan the most common are Neolithic sites and old homes from the Ming and Qing periods.

The second category consists of modern buildings from the Republican era (1912-1949), though these are quite scarce in Foshan.

The third category is comprised of modern homes that have been built since 1949. Buildings constructed prior to the Qing Dynasty fall within the scope of protection for cultural relics. In regard to modern buildings, it is really only those that are well known as the homes of famous individuals or those of artistic value.

However, tenants living in marked construction zones often become a huge issue. According to a joint research study done by scholars at the Catholic University of Leuven in Belgium and China’s Tsinghua University, while local officials often receive various benefits, citizens may receive very little land compensation fees. For those that are lucky, however, some construction companies are required to pay land requisition compensation of 6,500 RMB or US$952 per square meter.

“This is the current price of a similar new house,” Zhu says. “That is, the original people who live in an old house can purchase a new one with the compensation money. [These residents] can also build their new house in the original areas [where they lived].”

Walking around the old town district of Foshan where older buildings are still inhabited as private homes and businesses, it is clear that many of the structures are old and in disrepair. With the promise of buying a new home, a higher standard of living can be achieved by residents of the old districts where air conditioning and electricity, difficult or impossible to install in the older buildings, will be standard in new apartments and houses.

Efforts are being made to save as many relics and important sites as possible, but the well-being of residents is also being considered. China’s infrastructure is growing on an impressive scale, and although some things are lost forever, many things are saved for posterity.

Foshan provides a regional example of preservation successes and failures in China. The region’s ten museums allow one to peruse the history of this particular region and see not only how things were in the past, but also how much China has changed; for better or for worse. 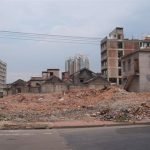 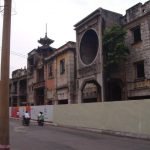 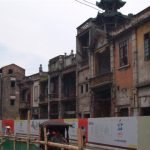 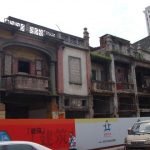 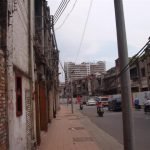 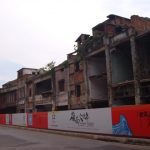 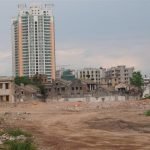 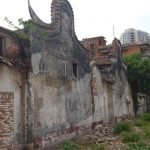 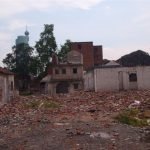 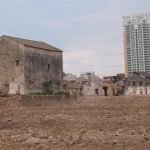 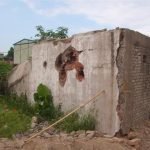 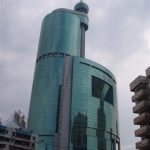 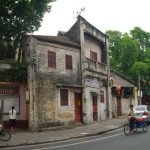 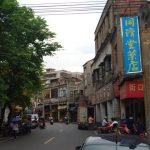 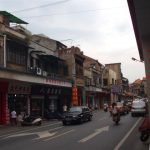 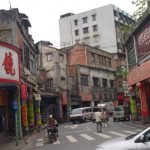 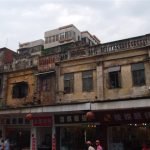 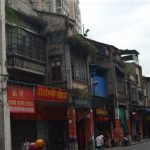