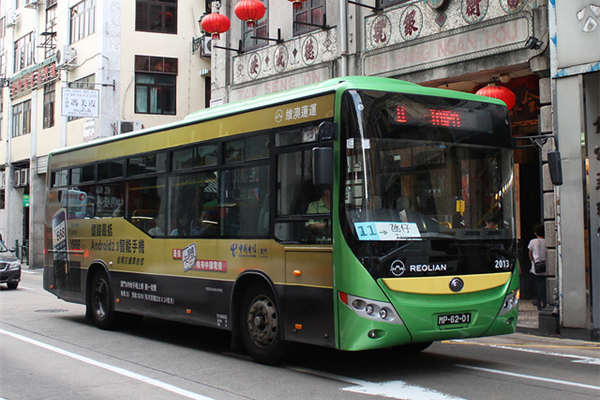 On the crowded streets of Macau, there is an increasingly common sight – bright green buses packed with people. The buses belong to Reolian, a French company, making a major push to establish a foothold in the Macau market.

The appeal of Macau is obvious. Not only has the territory’s economy been thriving, due in large part to an explosion of new hotels and casinos, but plans are underway to build a bridge that would link Macau to Hong Kong and the Chinese city of Zhuhai. This bridge will effectively create a road connection between three of the biggest cities in the bustling Pearl River Delta.

Procedures to enter and invest in the Macau market are relatively straightforward as the U.S. Department of State claims that, “foreign firms and individuals are free to establish companies, branches, and representative offices without discrimination or undue regulation in Macau. There are no restrictions on the ownership of such establishments. Company directors are not required to be citizens of, or resident in, Macau” in their 2012 Investment Climate Statement.

According to the Direct Investment Statistics of 2010, Macau had 1,896 active foreign direct investment companies that employed a total of 98,933 workers. Known for its tourist and gambling attractions, places investing heavily in Macau are Hong Kong, China and the United States.

Despite their strong ambition to invest in Macau’s transportation market, the French company soon ran into problems. Initially, qualified bus drivers were difficult to find. Booming Macau suffers from a labor shortage, and, with numerous new casino and hotel complexes operating their own shuttle bus services, demand for drivers exceed the supply.

Cedric Rigaud, Reolian’s General Manager said, “the shortage of labor is an uncontrollable factor, we have to comply with the local policies from the beginning – no importing foreign labor.” Reolian was forced to begin operations with only 250 out of the desired 400 drivers.

In addition, a number of accidents marred the new company’s start. Macau’s Transport Department Secretary was prompted in March to warn Reolian about the potential to reduce their number of routes if safety standards were not improved. Rigaud described that, “the pressure came first from the public, then by the media and was transferred to the government, and the response of the government was to put the pressure back on us”.

In response to the number or preliminary issues, Rigaud stressed that the company was putting every effort into resolving the problems and improving the situation. New safety measures were strictly enforced to include importing buses with lower steps to make it easier for elderly people to get on and off, providing more safety training courses for drivers, and assigning safety officers to different bus stops.

Reolian recently began their “Google Transit,” a service that provides a comprehensive route planner and bus network information for the public in July. As a partner of Google, Reolian hopes that this service will encourage residents to utilize public transportation and have a positive experience with the system. Using “Google Maps” as a platform, users can access information on their smart phones at any time and also choose from 40 different languages. By being more user-friendly and technologically savvy, Reolian is one step ahead of Transmac and TCM. 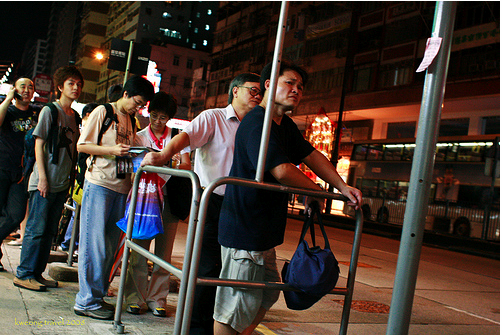 Macau, waiting in line for the bus. Photo by Ong Kweong (Creative Commons)

Foreign investments are a difficult task laden with risk. While good intentions and eagerness to expand businesses propel foreign companies to enter Asian markets, cultural differences and incidents beyond their control challenge these companies. A week ago, the Macau Daily Times published an article titled “Reolian driver’s fight with passenger causes public outrage.”

Regardless of the hurdles that Reolian has and continues to tackle, they are firmly invested in Macau’s transportation system. The financial opportunity in this region keeps the French company grounded and Rigaud shows no intention of renouncing from the growing market.