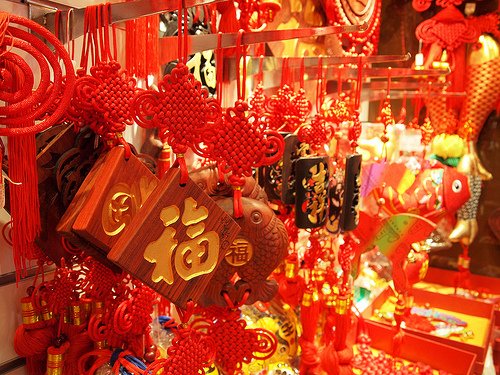 By Luke Nathan PhillipsJanuary 31, 2013 No Comments

Chinese Lunar New Year, also known as the Spring Festival (春節) is one of the biggest Chinese celebrations. Writer Luke Phillips examines the cultural diversity and significance of this momentous occasion.

Those born in the year of the snake should plan on taking risks and expect their endeavors to pay big dividends this year–IF they believe the ancient wisdom of Chinese astrology.

By the traditional Chinese calendar, 2013 is the Year of the Water-Snake demonstrating a unique convergence of two energy cycles. This year promises that the greatest traits such as intelligence, prudence and problem solving of those born in Snake years will align with the current state of energy cycles across the universe.

As anyone who dines at a tourist-friendly Chinese restaurant knows, the most well-known cycle in Chinese astrology is that of the animals:  Rat, Ox, Tiger, Rabbit, Dragon, Snake, Horse, Sheep, Monkey, Rooster, Dog, Pig, one per year and in that order. Lesser-known is the ten-year cycle of five elements, which imperfectly overlaps the twelve year cycle.  Each element cycles for two years, the first year showing its Yang, or Masculine side, the second year showing its Yin, or feminine side. The five elements are Metal, Water, Wood, Fire, and Earth.

Each point in the cycle represents traits exhibited by humans. When a combination of animal, element and gender fall into place to represent a year in the cycle, the characteristics which that combination demonstrates are said to be the driving factors with the events of the year.

2013 is Water’s Yin year, and the Year of the Water-Snake. The femininity of Yin implies a docility and grace; Water implies not only powers of reflection and observation, but smoothness in social relations; and Snakes are representative of coolness of head, determination in the mind, and a ruthless tendency to calculate gain. Those who know how to find self-gain are predicted to succeed in 2013 with Fortune and Heaven on their side.

In Chinese tradition, the transition from the old year to the new is a cause for weeks of celebration and festivity, with customs dating back epochs.

Chinese New Year, commonly referred to as ‘Spring Festival’ (Chun Jie 春節), is the biggest and most important holiday in China. Across the nation, families reunite after months of labor and school to prepare for traditional delicacies. Fortunes are told, parents give envelopes full of money to their children, and fireworks and firecrackers pierce the night with the jubilee of rejuvenation.

Since the advent of national television in the country, a televised New Year’s celebration featuring talk shows, celebrities, comedians, dancers, and pop stars has been broadcasted across the nation to welcome the New Year. Fifteen days of festivities follow, and the gears and cogs of the Chinese zodiac turn yet again, as they have for dynasties.

These customs are nationally common; but upon interviewing geographically diverse Chinese citizens, it was found that local traditions vary as profoundly as the customs of European countries and American regions. To the Western mind, ‘Chinese Lunar New Year’ conjures images of men holding poles, thrashing them about as the slithering and ornate dragon they guide prances through the air, streets lined with lanterns and the clanging of a hundred different bells. This is not necessarily an inaccurate image, but it is certainly not the norm.

Most celebrations of this sort tend to take place only in bigger towns and cities. The vast majority of Spring festivities actually take place on the family level within the house. In this respect, the holiday very much resembles American traditions like Thanksgiving and Christmas. Furthermore, different families in different regions have very different practices.

A girl from Guangzhou comes from a family that feasts on preserved meat and sweet rice cakes for New Year’s Dinner. The family of a Taiwanese student eats various seafood dishes instead, with delicacies such as abalone. Meanwhile, the families of students in Changsha and Beijing eat special dumplings, however, those in Changsha eat sweet dumplings filled with sesame seeds and those in Beijing eat dumplings without fillings.

Another tradition which varies geographically is the wearing of red on New Year’s Day. Those born in the year of their feature animal (this year, those who were born in previous Years of the Snakes) will wear various red articles of clothing to ensure good luck in the coming year. In southern China, red clothing tends to include pants and shirts, while interior China fashions its belts, shoes and hats, and in the north entire outfits can be red.

But despite such differences, general traditions remain the same. Children and adults pay respect by visiting their fathers’ homes and then their mothers’ homes in that order. Buddhist believers offer food and pray at their family shrines. Red sheets inscribed with the characters for Zhu Fu 祝福(Luck) and Xing Fu 幸福(Happiness) are hung from doors, and houseguests take candy from hospitality pots provided by hosts. In this ageless land of change and turmoil where no dynasty can stand the test of time, tradition remains relatively still, even after five millennia.

The Chinese calendar forecasts something different every year with changing zodiac signs. What remains certain is that a timeless culture will continue living through the Chinese who will carry on the tradition for future generations.