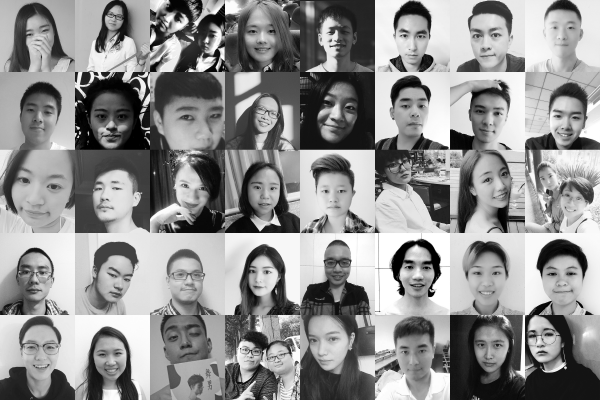 Mengjue “Ashley” Jiang shares her story of coming out in China and how a lack of knowledge about the LGBT population influenced her decision to start OutChina. 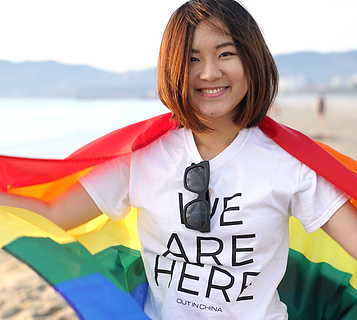 It’s a sunny afternoon at a café near the Los Angeles LGBT (Lesbian Gay Bisexual and Transgender) Center in West Hollywood. I am talking with Xiaoyu, who chose only to be identified by her first name, a 22-year-old lesbian activist from Guangdong province in Southeast China. She tells me her college diploma was confiscated because she openly proposed to her girlfriend on campus in Guangzhou. “My parents even took away my passport and ID card because my teacher told them to do so,” she says. I tremble as I listen to her story, all the while with my camera rolling.

Shock hits me every time I interview LGBT activists from China. Before meeting them I thought my country was doomed, and that there was not much I could do about human rights issues in China. “To construct a socialist harmonious society” (构建社会主义和谐社会) is the Chinese Communist Party’s guiding principle, but in practice there is little room for advocacy and activism.

But Xiaoyu is not alone. Even in 2017, electric shock treatment is still used as a “gay therapy” in parts of China. It was widely reported in 2014 that a former “patient” named Yang Teng fought back and sued the clinic that once “treated” him, winning the case and bringing attention to the situation. Further, some Chinese college textbooks characterize homosexuality as a mental illness. A college student who goes by the alias Qiu Bai appealed to the court three times to remove these books but she was met with little response. LGBT groups have difficulty in registering as NGOs and related events are often shut down for no reason.

The discrimination does not end, but neither does our social activism. No matter how severe the censorship or how cruel the oppression is, an LGBT movement is happening in China. It might be difficult for people living in oppressive social environment to see it, but for me, an international Chinese student living in Los Angeles, the momentum is clear…

And with my multimedia storytelling project, OutChina, I see the movement even more clearly.

I started OutChina in September 2016 because of my years of involvement in China’s LGBT community, but I never thought that one day I would become a digital storyteller of this unprecedented human rights movement.

At age 18, when I first discovered I was in love with a girl, I didn’t even dare to say the word “homosexual.” Back then, I thought my ex-girlfriend and I were the only lesbians in Shanghai. However, it is estimated that there are over 70 million LGBT people in China. If China’s LGBT population were a country it would be bigger than the entire population of France. But Chinese always say they’ve rarely know an LGBT person in real life. 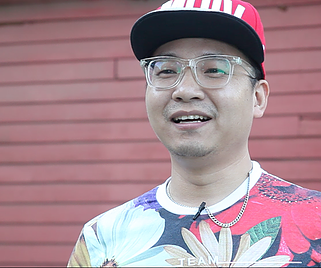 On OutChina, hear the story of Eros Lee who spent 13 years as a closeted music teacher.

OutChina’s purpose is to improve visibility of the LGBT population of China. Our world is full of uncertainties and complexities and can look daunting, but as political activist Marshall Ganz said, “Participating in a social action not only often involves a rearticulating of one’s story of self, us, and now, but also marks an entry into a world of uncertainty so daunting that access to sources of hope is essential.” I want to share that hope with my work because there was little hope for me when I first came out; the process of self-identifying was soaked with tears. However I was very lucky to study gender politics at Sciences Po Grenoble in France in 2014, where I learned that gender and sex mean two different things, and that girls don’t have to wear pink. And most importantly, it’s okay to be who you are and love who you want to love.

During my time in France, I encountered a huge anti-gay marriage rally for the first time in my life. At Place Bellecour in Lyon, I saw hundreds of people marching, shouting and waving flags to protest against the 2013 legalization of same-sex marriage in France. That scene shocked me, and awakened my long dormant soul for social justice.

Thanks to these experiences, I became an active member in the LGBT community in my hometown of Shanghai and adopted city of Los Angeles. In the past three years, I’ve heard so many moving stories that I started itching to share with the rest of the world, so I conducting interviews with Chinese activists and individuals and put their videos on OutChina. 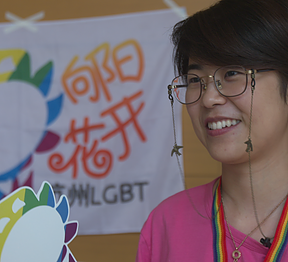 Ada Yan shares her story as a bisexual woman in Hangzhou.

The website has 45,000 views so far, and the stories keep coming in. I also launched a campaign “OutChina | Faces” that aims to collect 2017 black-and-white selfies of China’s LGBT people by 2017. It invites people to take a look of the faces of these people, and question if they should deserve fewer rights than any other human being. It also creates a virtual community for LGBT people and allies to find each other and gain support.

“OutChina | Faces” became an immediate sensation in 2016. People are amazed by the bravery and honesty of the participants. A college student from Jiangxi province in Southeast China sent me a long email detailing her own initiatives sparked from the project in her small town. “Even though I raised little money to do my project, it was still meaningful. I want to record stories and share them with others, just like you,” she wrote.

The gay activist Harvey Milk was once asked by a young gay man what he could do to help the movement. He said, “Go out and tell someone.” In the era of social media, you don’t have to go on streets or wave flags to participate in social action. For me, multimedia stories are powerful tools to change people’s minds and souls, one person at a time. When people are ready to tell or hear these stories, I’ll be there, as a gatekeeper, for people to access sources of hope.