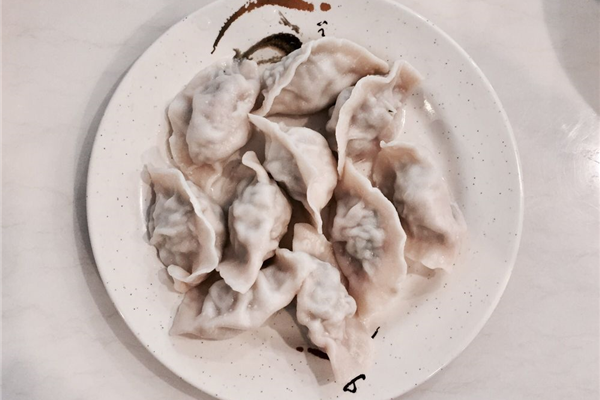 How to Write About Chinese Food by Three Angeleno Experts

In August 2017, the New York Times published an article about bubble tea, a Taiwanese beverage commonly referred to as boba. The piece, titled, “The Blobs in Your Tea? They’re Supposed to Be There,” centered on a recent Times visit to Boba Guys, a San Francisco-based boba chain with a new location in New York City’s Lower East Side. The article, written by the Times’ business section, described the shop’s tea as the latest “exotic” and “complicated” “Asian import” to reach the U.S. Outraged readers criticized the paper’s claim to have “discovered” the tea and many took offense to the article. The Times’ edited the article and issued an apology the next day. For many, the publication’s faux pas displayed a lack of culinary and cultural awareness. US-China Today interviewed several notable Angeleno food critics and writers to understand the role of the media in informing the public about food, and how to write about Chinese cuisine in a knowledgeable way. 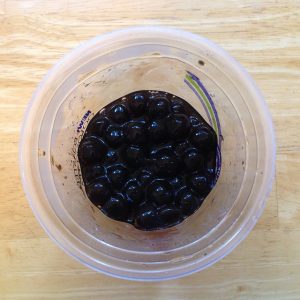 David Chan is a prominent Chinese food writer and blogger. The Los Angeles native has documented his experiences at over 6,000 Chinese restaurants via Excel spreadsheet.

Matthew Kang is editor of Eater LA. He hosts “K-Town,” a YouTube series for Eater (which received a James Beard nomination for best group food blog.)

Jim Thurman is a freelance writer whose work has appeared in LA Weekly and Eater LA. He has covered food from all over the world, but specializes in regional Chinese cuisine.

What does the word “authentic” mean to you?

My definition of authentic Chinese food is food which a first-generation Chinese immigrant would feel comfortable eating. [I’m] not saying that others can’t enjoy authentic Chinese food, but it’s the test of taking Panda Express food or General Tso’s chicken and getting the people’s cultural, not culinary, reaction. That’s a good measure. —David Chan

The word “authentic” is problematic. What exactly is “authentic”? Recipes evolve. I’m interested in dishes prepared in a style that appeals to expats: ones that are unaltered from what one would find in those provinces or cities, or at least with as little change as possible. —Jim Thurman

What dishes do you believe to be quintessential representations of Chinese cuisine?

Here in the U.S., you’ve had the 21st century phenomenon where 150 years of Cantonese food dominance — with Cantonese food being the only style available for the first 100 of those years — has given way to the introduction of other regional cuisines. Now it’s to the point that in today’s Chinese communities, Cantonese food is a small minority of the authentic Chinese restaurants in the U.S. So, with a couple of dozen regional Chinese cuisines now represented in the U.S., what you might consider to be a quintessential Chinese dish has effectively been balkanized. —David Chan

I think there are different classifications. There is Americanized Chinese — Chinese food that’s been here for a while — like Kung Pao Chicken, chow mein, chop sui and slippery shrimp, etc. I think those are all valid quintessential Chinese-American dishes. If you want to go toward newer styles it really depends on what region you’re in. If you’re in Sichuan, then I would say Mapo Tofu, Leshan Bobo chicken, etc. For me though, I look at San Gabriel Valley and the biggest trends or dishes I point people towards are hot pot, noodles and dumplings, classic Sichuan dishes like Leshan Bobo Chicken or toothpick lamb, or even cumin lamb, and also dan dan noodles. —Matthew Kang

How do you prepare for a potential Chinese restaurant write-up? Is there anything that you do differently than for other restaurants?

When we write about food it’s not towards our lens or the lens of the writer, but towards a person that cooks the food or a typical person that consumes the food in that place. So if I’m eating Sichuanese food, I have to look at it through the eyes of a Sichuanese person or Sichuanese Chef or Sichuanese writer. So that means if I look at something I’m not grossed out by it. I don’t find it so weird or strange or bizarre or exotic. Rather, if they like frog legs or chopped rabbit in Sichuan, then great; that’s awesome and it’s a celebrated dish in that particular place […] So when you write about a Chinese restaurant you definitely want to have the context, you want to understand what’s that region, what’s that style, what are the dishes? —Matthew Kang

How much does an understanding of Chinese history and culture play into writing about Chinese restaurants?

To the extent possible, I weave in historical and cultural elements of the Chinese experience in America. Frequent mentions are made of the limited geographic origins of the first century of Chinese migrants to America, the Chinese Exclusion Laws, and discriminatory treatment against Chinese living in the United States. I find it interesting that others are starting to integrate these topics into food discussions, particularly in the movie “The Search for General Tso.” —David Chan

I feel an understanding of Chinese history and culture is very important to writing about Chinese restaurants, as it provides detail and context. Again, that’s no different than when writing about the cuisine of any country. —Jim Thurman

What are some of the most common mistakes made when reporting on Chinese food?

I think mistakes in Chinese food writing ties into writings that do not take the larger context into account. For example, the fact that from the time of the Gold Rush until the 1970s, most all of the Chinese residing in America had their origins in and around Toishan, a small rural district outside of the city formerly known as Canton, was largely ignored in one of the most recent books written about the history of Chinese food in America. I keep using the analogy of the localization of Chinese immigration to America being as if all of the American residents in China were from Victorville, CA. To not acknowledge this fact misses the entire point of the development of Chinese food in America. Likewise, not enough attention is paid to the demographic changes in the Chinese community which directly impact the current state of Chinese food in the United States, and have caused massive changes in the Chinese food environment. —David Chan

What are your best practices or advice for writers looking to get into this space?

Know your subject, do the research, ask the questions. Come up with some good stories, then pitch them to editors. That may seem like an oversimplification, but it isn’t. —Jim Thurman

The best thing you could do is just eat. Eat and have an incredible knowledge of how these restaurants and these places build these flavors. Try to eat home-cooking. Go to the country and eat all over that country. After you develop that body of work I think you can start trying to engage with the community, especially with other food writers and people who are more established, and pick their brains. When I talk to a guy like Jim Thurman or talk to someone like Clarissa Wei, who covered San Gabriel for many years, we can have a dialogue on what we think is good and why; therefore you can understand it better. —Mathew Kang