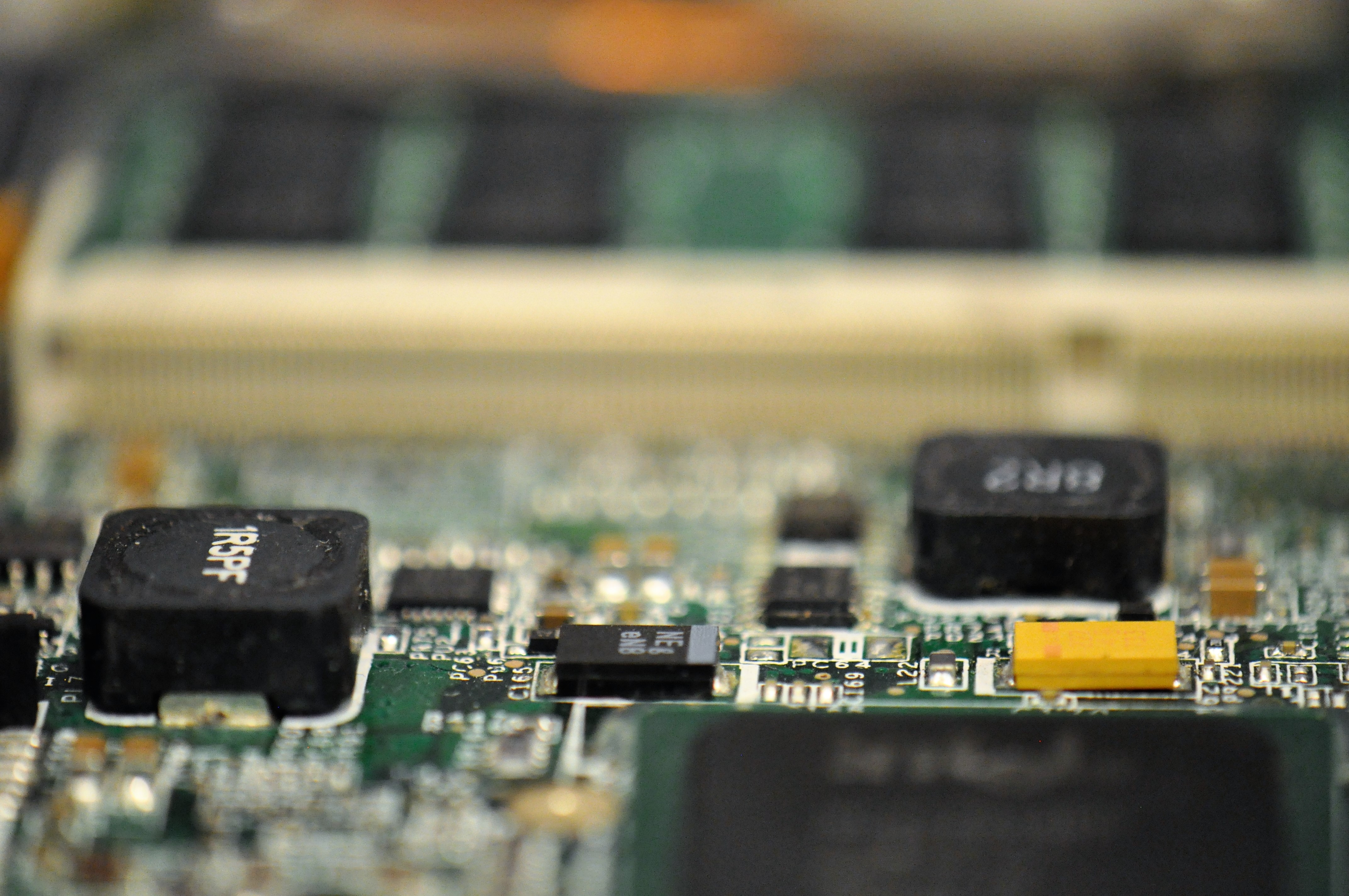 Globalization and IT scholar Yu Zhou on ‘Made in China 2025’

“Made in China 2025,” a Chinese government agenda laid out in 2015, is in the news in part because U.S. trade negotiators have highlighted it. US-China Today spoke with Yu Zhou, a professor of geography at Vassar College. Zhou’s current work focuses on China’s global presence, particularly in high-tech information and communications technologies, which she has written and spoken on. Her most recent edited book is “China as an Innovation Nation.”

Made in China 2025, an industrial policy launched by the Chinese government in 2015, aims to upgrade China’s manufacturing infrastructure with an emphasis on high-tech industries and a goal to become the leader in the manufacturing industry globally. China, with its emerging economy and large population, has attained a dominant position in the global market; its economic strategies have thus become an interest of its international counterparts. Recent tensions between the U.S. and China on the issues of intellectual property theft, trade war, and national security, in particular, shed light on this strategic program that seems to be fostering greater technological development in China. 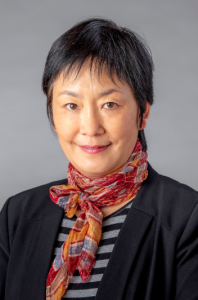 The Made in China 2025 program garnered greater global attention when Trump threatened to raise tariffs in various Chinese industries. To what extent do you think the US-China trade war impacted the progress of the program?

It is true that when China announced [Made in China 2025], there wasn’t much attention [in the United States]. MIC 2025 was, at the time, a rather vague idea of “what we are going to do” and “these are the industries we are targeting.” I think Steve Bannon was the first person to make a big deal out of it, then later on the Trump administration picked that up. Because in the plan, China set the goal to eventually become the leader of the major manufacturing industry in 2050. You have to understand that these are things that the Chinese bureaucrats always do; there isn’t particular accountability to it. What they didn’t think about is the impact [this may have] on China’s trade partners. What Steve Bannon [argued was] China will monopolize and dominate these sectors which are important to us. In Trump’s mind, it has to do with the trade balance. But people around him — the economists — will tell you that it is not that of a big deal. What really worries them is China’s rapid catch-up on manufacture industry and its ambition to become a leader in it. [The] trade war per se doesn’t do that much [harm] to the high-tech industry. However, there are increasing scrutinies about China’s technology program … the negotiation between China and the U.S. has been targeting China’s subsidies for various sectors. There has been a series of laws in China since the 1990s which required foreign capitals to form venture capital with Chinese firms … there are also various regulations that require foreign companies, in order to invest in China, to surrender part of their technology in collaboration with local firms. So, the trade-war negotiation has indeed been targeting technological development in China.

The initial goal of MIC 2025 was primarily to “catch up with other countries;” it has been expressed by some scholars that China is currently “at the stage of ‘following’” in terms of developing core technologies. Do you think this still applies to the status quo? How has China shifted or expanded its expectations on MIC 2025?

The primary reason that China decided to implement MIC2025 is its shifting economy. Chinese labor used to be the cheapest in the world; now it’s one of the most expensive in the developing part of Asia. If you take out Korea, Japan, Taiwan, Hong Kong … Chinese labor is more expensive [among the developing countries].

If your labor becomes more expensive, you have to have a higher value added. Cheap labor industries will move out of China, such as the shoe industry. They’re [the lower-end industry] chasing the cheaper labor; they will find them in [countries like] Vietnam, Bangladesh, and elsewhere. So it is pretty clear that China could no longer depend on cheap labor for manufacturing. Japan, Korea, Taiwan… they all started with low-end industries. That’s pretty much natural progression.

Another reason is Chinese consumers have been demanding higher quality products. It is true that China has been a follower. It still is a follower and going to be a follower for a while. But at some point, you would have no one to follow. Take AI for example. Who do you follow? You’re at a point where it is unclear where to go. So you have to move on your own to figure out what would work for you. And that is true in many sectors … robotics, for example. Japan used to be doing pretty well. Now everybody could be a technology frontier in a specific area…there isn’t a clear path ahead. This is where you have to try and be innovative. If you figure out a way, other people will follow, which makes you a leader. There is a reason why I am not so keen about China’s goal to become a leader in 2050. First of all, who knows what [will] happen in 2050? Secondly, a leader is not self-proclaimed. Even if you want to be a leader, if nobody follows you, you’re not going to be one. This is the same with renewable energy. None of those sectors have a clear path ahead.

Some reports have indicated that the strong presence of the state hinders foreign competition and foreign investment on Chinese companies because (a) China maintains the most restrictive foreign investment regime among the G20 and (b) one of the investment restrictions requires technology transfer to domestic companies. In conditions like this, what do you think could incentivize foreign talent to cooperate with Chinese firms?

In other sectors, it depends on the negotiations. Every company negotiates in its ways. Sometimes the reason foreign companies invest in China is for the market. Actually, more problems come from illegal copying, not institutional arrangements, but cases where your employee left your company and brings the technology to another company to make more money. There are also cases where companies illegally copy a trademark, stuff like that. Certainly, there is a risk to operate in China.

The biggest reason to invest in China is the market. Let’s say that your company specializes in high-speed rail and China has brought the technology and negotiated technical transfer agreement with these companies. Then China developed its own high-speed rail and system based on these foreign technologies and export it to other countries. Many American media [would then] say, look, you taught them and now they’re taking your business away. The problem is, had they not sold it to China these technologies, there would be no market they can sell to. There are very few countries that can afford or develop high-speed rail. So if you don’t sell it to China, you have no market. The second reason to invest in China has to do with Chinese engineers — cheaper engineers — and labor, which is very important to technician, biotech, software, and other tech companies. The third reason to invest in China is that China has developed a very large-scale and complete supply chain. Apple, for instance, [chose to invest in China] because no one else can provide a supply at such quantity and speed.

China is a labor rich country and many people are employed in the production process. However, Made in China 2025 seeks to move Chinese industries in a more high-tech and capital intensive direction. Who are the people in China that will be gaining the most from MIC 2025, and how will they be affected?

Even though China has plenty of labor, the labor supply has been shrinking and will be shrinking more in the future. Secondly, the labor [forces] today are far better educated than in the past. If you look at the 90s, most Chinese laborers were probably illiterate, but young people today are generally educated. When you have an educated labor force, they will not be happy to work like a machine. They have more expectations, they want to learn, they want to get better, and they are capable of getting better. So to have that kind of labor-oriented, machine-like [tasks] is no longer going to work. I think to move on to high tech is an inevitable choice.

Who will benefit? Usually, in these kinds of situations, most of the benefits would go to the executive and managers and much less will go to the laborers, which is why there are even less laborers who are willing to go to this sector. Young people would rather do delivery than work in factories.

How does MIC 2025 align with China’s environmental and sustainability goals? More specifically, how does it interact with the ecological modernization model that you mentioned in your previous paper?

I think the environmental technologies are broad-ranging … from nuclear power technology to automated cars to smart cities. … [Renewable energy] and sustainable agriculture are two leading sectors in China where the government invested a lot in. But not all environmental technologies are high tech.Forest management, preserving wetlands and animals — none of these are high tech. Right now China seems to be interested in new technology development … does MIC do anything with it? I guess renewable energy and perhaps sustainable agriculture. But I think for the broader and greater environmental problems — pollution regulation, things affecting individuals — these require far more than just new forms of technology. It requires new regulations, new forms of public participation, mutual understanding of environmental issues between government and the public. I think that has more to do with broader, socio-political, even cultural development.

As China seeks to increase its high-tech industries, might this enhance, or have any impact, on the debate between technonationalism and technoglobalism in China?

That’s a good question. I think the result would be relatively complex because I think on the one hand the Chinese government is very involved in boosting China’s technology. In that sense, it would be more techno-nationalistic.

This is not just about what China is doing. It [could be seen as a] response to what America is doing. Right now not only the trade negotiations, there is also significant movement … the US government discouraging or punishing people who collaborate with China on technologies. Usually, that is something to be promoted … it’s good to collaborate with China because that would bring cheaper and high tech workers into projects and you would find more market for your high tech product like. All of a sudden, it became negative. There are people who are fired and imprisoned and accused of intellectual property theft. So I think you would see more restrictions on China’s side.

However, you see that China is willing to reduce state subsidies [and] barriers for foreign companies. Again we don’t know how that is going to happen. I think if the agreement is such that China is willing to reduce subsidies, you will find more companies come to China. In fact, I would say that tensions and contradictions will prevail in both global as well as techno-nationalism…because two governments, the U.S. and China, are both worried about technology leaps. However, what governments can do is relatively limited. People who now work in China’s technology industry are educated in either China or in the West, so there is much more communication and interaction. Unless something dramatic happens, I can’t imagine that all of a sudden U.S.-China collaborations will be completely cut off because that would actually be extremely damaging to U.S. industries. Politically things would be tighter but there are some fundamental reasons for international scientific collaborations…they are still there. Besides, the U.S. has been suffering from a reduced budget on science and technology research as well. That would by itself become a problem.

Made in China 2025Trade War 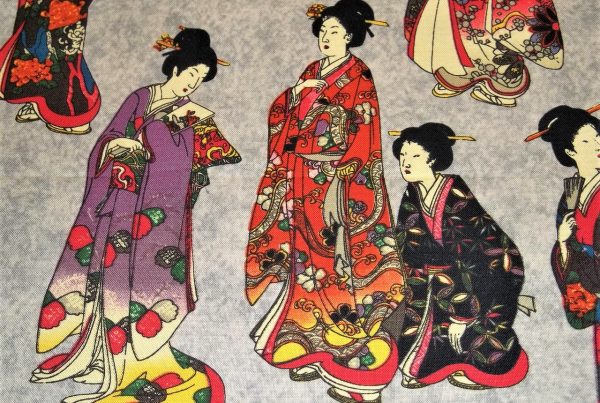