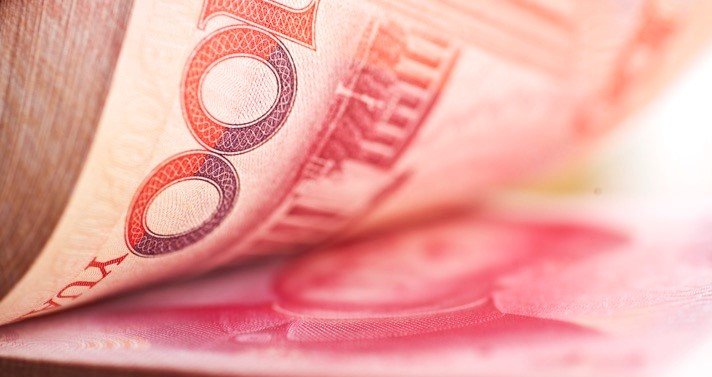 Plans for a Digital Currency Will Strengthen China’s Control

For McDonald’s that remained open in COVID-era China, food ordering and payment went completely digital as a safety measure during the coronavirus outbreak. A QR code is pasted on the door outside to where customers place their order before entering the restaurant. When they are in, customers stay only as long as it takes to pick up their food and leave. The global race to be cashless is still up for grabs, and COVID-19 is accelerating this race by limiting human-to-human contact.

China is well on its way to becoming a completely cashless society, where digital payment apps from Alibaba and Tencent are almost ubiquitous. Now, China is taking it one step further through a project announced last October: Digital Currency Electronic Payments, known as DCEP. Many details of DCEP remain shrouded in mystery, but China’s central bank is preparing to test its first national digital currency, which the bank has been working on since 2014.

According to Coin Desk’s David Pan, the People’s Bank of China (PBOC) announced on April 4 that it will drive digital currency development. This initiative is different from non-government projects such as Bitcoin, because it isn’t initiated by China’s citizens.

It seems that the restricted physical interaction resulting from the COVID-19 pandemic is creating a greater demand for digital payments across the world, but in fact, PBOC’s digital currency isn’t driven by the pandemic — digital payments don’t need a digital currency. Instead, the government’s interest in DCEP is driven largely by a desire to move citizens to platforms it can control. China’s digital currency will give its government more power to monitor and control its people, allowing the central bank to have a fuller picture of borrowing, lending, investing and risk.

COVID-19 has stalled the project’s timeline. The launch was initially scheduled to take place by the end of the first quarter of 2020. Innovation is stalled in times of national crisis, and China may have decided that now is not the time to tighten controls in the banking system.

“It won’t happen right away, but I think [the PBOC] will launch it by year-end,” says Sayuri Shirai, a professor of economics at Keio University in Japan. Shirai is a former policy board member of the Bank of Japan and former visiting scholar at the Asian Development Bank Institute. “Although it may be conducted as an experiment in one city, I doubt it will have immediate, significant impact.”

Until the pandemic, China maintained an economic growth rate over six percent. However, rumors of an impending financial crisis, partially due to China’s piling debt, has made DCEP an urgent matter. China’s shadow banking activities are contributing to its national debt.

“The whole problem was interbank [lending] and shadow banking because people were borrowing too much,” says Ben Yorke, a research analyst at Cointelegraph Consulting and a media specialist at VeChain 101 who has been living in China for nearly ten years.

Shadow banking includes high-yield asset management products sold to the public and lending between financial institutions. Yorke explained that banks will provide short-to-mid-term loans in exchange for people putting money into their wealth management products with a guaranteed return.

“I mean that works great until it doesn’t, right?” Yorke says. “Eventually, when these banks get too many loans in play, they have to turn even more to shadow banking tactics. So you borrow from another bank, and eventually the system can get really stretched.”

The idea behind the DCEP was to strengthen the monetary system’s internal control function to track their “free loaning, free banking system.” Central authorities will be able to better monitor and control monetary transactions with the DCEP. According to the WSJ, advocates of national digital currencies claim that it would “make retail payments almost instantaneous, costless, and secure”— Yorke says otherwise. The DCEP is not an extension of digital payments, and its motive was never driven to become a “retail yuan.”

“This isn’t really about using technology to make the lives of everyone better,” Yorke says. “The DCEP was a way to track the banks, and it was never supposed to be a retail yuan. All this interbank spending is going into one centralized ledger that they control.”

The other incentive to carry out the DCEP is to bring in non-banked countries in areas such as Sub-Saharan Africa into the economy. Emerging countries are more interested than more developed nations in digital currencies because many of their citizens don’t have bank accounts. And Shirai is less cynical than Yorke about China’s motives – he says that over 100 million people in China alone don’t have bank accounts, and there are few payment or credit options for these citizens.

“The biggest reason for the DCEP is financial inclusion,” Shirai says. “It’s to better the lives of the low-income population by providing a safe payment method.”

Shirai may have a point, but “financial inclusion” is just an extension of what China already pursues: spreading its influence at home and abroad. Internationally, DCEP’s goals are an extension of the Belt and Road Initiative, an economic belt linking the Asia Pacific area, Africa and Central and Eastern Europe that President Xi Jinping proposed in 2013. By providing large loans for ambitious infrastructural projects, BRI makes participating countries reliant on China. Though the two projects are not officially related, they help China achieve the same international aspirations. What Shirai calls “financial inclusion” is, at least partially, a façade to drive China’s economic and strategic interests.

How DCEP is Different From Bitcoin & Implications on Commercial Banks

The digital yuan is more stable than cryptocurrencies such as Bitcoin because its value is tied to the regular yuan. Currencies such as Libra and Bitcoin aren’t tied to fiscal currencies, so there is always a bankruptcy risk. On the other hand, the digital yuan is not owned by a commercial company, so the central bank will be able to monitor every transaction. Yorke explained that the DCEP is more controlled than Bitcoin, where anyone can run a node and be part of the system.

Finally, we can’t overlook one of the most important features of DCEP: it puts an end to the banks’ intermediary role in the monetary system. With other cashless payments, transactions aren’t completed until banks have recorded and reconciled their debits and credits. The DCEP allows for a direct transaction without intermediary banks, so people may favor the central bank’s more secure money than using commercial banks that risk bankruptcy.

In October 2019, China’s President Xi Jinping emphasized the development of blockchain, and announced the Encryption Law which took effect on January 1, 2020. The Chinese government’s aggressive stance towards strengthening controls and digital security can be observed with the president’s emphasis on blockchain.

Last fall, Facebook CEO Mark Zuckerberg made a case to the United States Congress for the company to launch Libra, a digital currency. He was criticized by some for trying to create an alternative global currency. This kind of conflict is unseen in China, where its party-state system allows for projects to be approved without privacy or regulatory constraints. In the MIT Technological Review, Yasheng Huang, a professor at MIT’s Sloan School of Management, spoke about China’s changing technology scene.

“[In] anything that requires a lot of capital commitment, and that’s in line with the political objectives, you can expect China to move forward,” Huang says.

Surveillance is a natural concern in Americans’ eyes as whoever controls a digital currency would will be able to monitor every transaction. Americans’ concerns with data privacy and government surveillance is clearly shown in a 2015 survey conducted by the Pew Research Center. When U.S. adults were asked about government surveillance through email messages, search engines, cell phones, social media and mobile apps, over one-third responded that they are “very/somewhat concerned.”

Surveillance doesn’t seem to be a major concern for Chinese citizens. WeChat Pay and Alipay users can’t live without those services, despite the implicit understanding that their activities may be monitored by the government. Alipay and WeChat Pay aren’t anonymous, similarly to America’s credit cards.

On the other hand, Bitcoin’s appeal is to hide money or transactions. The Chinese government dislikes the idea, and wants to know who has what and who is buying and selling.

“If we’re talking about surveillance, I think that’s kind of a thing that people don’t really discuss as much,” Yorke says. “They view [WeChat Pay and Alipay] as an extension of their identification. You don’t feel like you’re being micromanaged.”

According to Shirai, the transaction records remain anonymous, yet traceable, so activities will be monitored unlike cash transactions. However, she explained that benefits could outweigh costs.

“There may be people who won’t think well of the [DCEP] system, but China hasn’t said they want to eliminate cash,” says Shirai. “Financial inclusion outweighs the cost of surveillance.”

If what Yorke said is true, that people in China don’t currently discuss about surveillance concerning payment matters, the DCEP will most likely be implemented with minimal controversy and domestic pushback.

However, the DCEP is not like WeChat Pay or Alipay whose privacy implications are mostly domestic; it will stir conflicts amongst the global community if the digital yuan is used for international business transactions. Tensions between the U.S. and China are already tight — in February, several members of the Chinese military were charged with hacking into the computer networks of the Equifax credit reporting agency and stealing personal information of about 145 million Americans in 2017, according to The New York Times.

This is just one case amongst piles of accusations. According to a 2017 report by the National Bureau of Asian Research, China’s intellectual property (IP) theft from the U.S., which costs the U.S. between $225 billion to $600 billion annually. IP theft includes theft of inventions and trade secrets that are protected by patents, copyrights and trademarks.

Discussions regarding privacy and security issues must take place for international business to be conducted on the DCEP, and China must win the trust of its business partners. The efficacy of these conversations will be contingent on how transparent the Chinese government is willing to be.