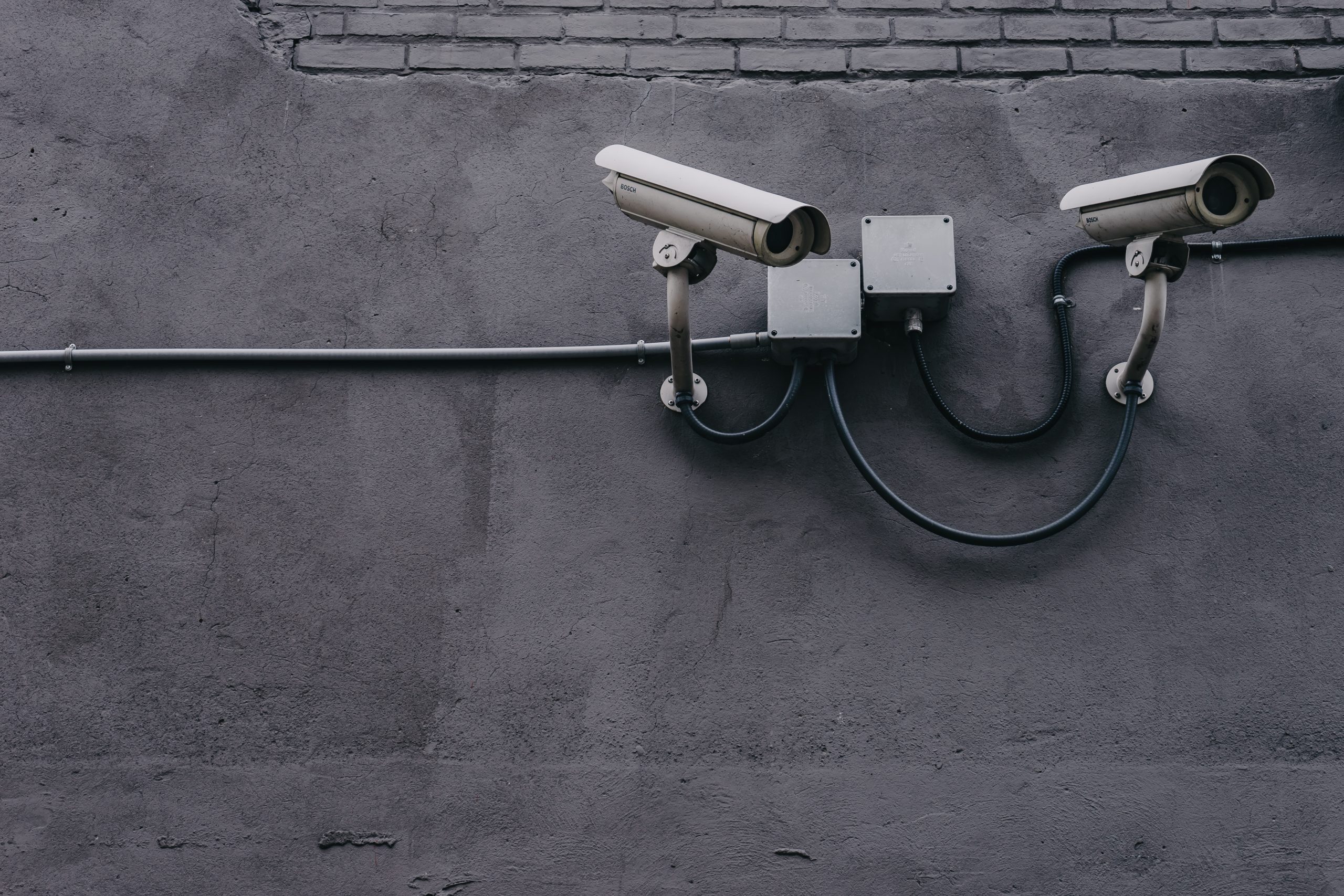 In the hit Netflix show  “Black Mirror,” each episode features its own distinct fantasy about various tech-centric futures. While episodes seem to portray a world far removed from current times, many argue that given the trajectory of our society, life as we know it could easily come to mirror the grim realities presented within the show.

This is especially true of an episode called “Nosedive,” which explores the idea of a social credit scoring system in which individuals rate each other following every social interaction. These ratings determine one’s socio-economic status and regulate things like home-purchase eligibility — as such, people are rewarded or punished in society based on scores determined outside their control.

This dystopian fantasy is not so far removed from reality in Rongcheng, China, explains Charlie Campbell, the East Asia correspondent for TIME Magazine. While China’s evolving national social credit scoring system might not be as drastic and pervasive as the scheme depicted in Nosedive, the two bear an uncanny resemblance.

In 2014, the Chinese government announced its plan to construct a nation-wide social credit scoring system by 2020 with the goal of improving the credibility and integrity of the Chinese people (“目的是提高全社会的诚信意识和信用水平”). Although the government has not explained how it will implement the plan, it has said that the system will be designed in a way that will reward and incentivize citizens who act in accordance with the government rules, or who are considered “trustworthy,” and punish citizens who do not act in accordance with the government’s rules, or who are considered  “untrustworthy.”

“China’s social credit scoring system is basically trying to engineer an obedient society … the government wants … to create this network of measures, systems and restrictions that will do the job [of watching the people] for them,” says Simina Mistreanu, an international journalist living in Beijing who has written for Forbes and The Washington Post.

Overall, little is known about China’s complex social credit scoring system. However, similar systems that have already been implemented in different regions in China give hints as to what the social scoring system may come to look like.

The Chinese government takes lengthy measures to control and manage its people. Government oversight has its roots in the Maoist Era and the Cultural Revolution. “If you were seen reading a book that wasn’t sanctioned, or you were not standing straight enough when you are singing Maoist slogans, then you would be reported to an authority and there would be repercussions,” Campbell says.

Mistreanu echoed this sentiment, saying that “during the Mao Era, society was encouraged to keep track of people. … You had people in charge of neighborhoods and they were responsible for keeping everything under control.”

Although surveillance is deeply rooted in China’s past, the country has not always been that way. In the late 1970s and early 1980s, after the era of Mao ended, there was a period of liberation in which the Chinese people developed, in Campbell’s words, a “go out and make money, go out and get rich” kind of mentality. Moreover, the societal pendulum swung away from the traditional, very collectivized way that had made up China’s earlier history, and citizens adopted more individualism than before. In the span of the next two decades, China’s middle class began to rapidly develop. However, because of the nation’s ballooning population and the short time frame in which progress occurred, there simply was not enough time for the Chinese to develop a Western-style credit system. According to Campbell, this caused an economic environment in which, “people and businesses could enter into shady practices such as ripping off their business partners, selling counterfeit goods, etc. …without any real costs imposed … or a legal threshold to prosecute them in the court of law.”  This period of time was plagued by scandals and created an enormous amount of public distrust.

Between the history of Communism and the development of public distrust, which has only been exacerbated by the government’s recent attempt to cover up the emergence of and control the COVID-19, China is tightening its control over the surveillance state. There is speculation about what this new system will look like, but in Mistreanu’s words, the system will take the nation’s “old-style community policing and incorporate [modern, rapidly developing] technology.”

Because the actual national system has not officially been implemented yet, experts and researchers have varying opinions but few concrete answers about what the system will entail. However, prototypes of the scoring system and privately-led, smaller-scale social rating systems which have been implemented throughout China offer hints as to what a potential system could look like.

Although there is not currently a nation-wide credit system, there is a national blacklist of untrustworthy persons that is primarily based on major financial transactions. “If you have a court order against you, if you are found guilty of a financial crime, or haven’t paid back your debts, then you get put on this list,” Campbell says. Those on this list face repercussions such as being banned from flights, high-speed trains and luxury hotels.

Jade Zhu, a Chinese citizen who works for CBRE in Shanghai, explains that transportation systems like trains and airlines have their own blacklists as well. These lists keep track of those who have caused problems while using the given transportation, such as sitting in the wrong section of a train or causing problems for other riders.  However, those on these lists only receive consequences for that given form of transportation.

The only other nation-wide credit system that resembles a social credit system is Zhima Credit (芝麻信用), or Sesame Credit. This system, developed by the ANT Financial Services Group (a group that is affiliated with popular Chinese company Alibaba), collects information about users from their activity on the company’s various platforms, such as Alibaba’s social media app or its virtual wallet tool. With this information, the company is able to calculate a user’s score. Unlike speculations of the future national social credit system, however, Sesame is “more about rewards than penalties,” clarifies Campell. It positively rewards users with high scores (through promotions and special status), rather than punishing those with low scores.

Additionally, the Chinese government has chosen to test different prototypes of the social credit scoring system in individual regions and cities around China. In eastern China, Rongcheng’s credit scoring system bears the closest resemblance to what is depicted in “Nosedive.” The social credit score is “an actual number … and [residents] try and do certain [things] to try and get their number to go up,” Campbell explains. Each resident starts with 1,000 points, and then from there, points are either deducted or added to their score based on their actions. From their score, citizens receive a letter grade varying from an “A+++” to a “D.” One’s score must be presented and high enough in important matters– such as making large purchases or applying for a loan. Many different aspects of the citizens’ lives influence their score, Mistreanu details in Foreign Policy.

“Get a traffic ticket; you lose five points … earn a city-level award, such as for committing a heroic act, doing exemplary business, or helping your family in an unusual tough circumstances, and your score gets boosted by 30 points,” Mistreanu says. “You can also earn credit by donating to charity or volunteering in the city’s program.” In addition to being eligible for certain purchases or positions, those who have exemplary scores (A+++) receive benefits such as gaining discounts on utility bills or being able to receive better bank loan terms.

So, in the end, what will this modern system look like? Zhu thinks that the national social credit scoring system will “simply be a combination of the different, unconnected systems that are currently in place.” This could include combining the national blacklist, the transportation blacklists, the economic credit systems (e.g. Sesame Credit), and even data from Chinese social media apps like Wechat and Alipay; if these systems become connected, making a “mistake,” or what is deemed a mistake in the eyes of the CCP, in one aspect of a citizen’s life could have an impact on their overall life. Mistreanu believes that systems like the one in Rongcheng “will not feed into a bigger, centralized system,” but will simply remain separate in more localized forms to serve the purposes of individual communities.

Additionally, Charles McGonigal, former American special agent in charge of the counterintelligence division of the FBI, says that the social credit scoring system will likely not be limited to citizens, but will also include “those who do business [in] or frequently travel to China”; this will help ensure that everything people do in China is in line with the CCP’s desires.

How do people feel about the system?

While it is challenging to obtain accurate data on Chinese citizens’ opinions of a social credit score system, Campbell reasons that many Chinese seem to like the idea; this is because “ if you follow the rules, you have nothing to fear.”  Zhu reasons that many Chinese citizens favor the idea of the system due to the fact that “the scoring system is meant to ensure the Chinese citizens’ safety.” Moreover, “it won’t be a mystery anymore whether someone is a good or bad person.” Mistreanu says that many people living in China simply “do not know it exists, especially if [they] are a random person living in a big city in China” where test systems, like the one in Rongcheng, have not been rolled out.

With 2020 halfway done, and with unforeseen setbacks due to COVID-19, many question whether China is still on track to debut its social credit scoring system by the end of the year. However, instead of being a setback for the government’s plan, the pandemic may prove to be a launching pad for this national social scoring system; the technology that is being implemented for the virus seems to shadow a possible social credit structure. Zhu says that in many major cities, like Shanghai, people must scan a barcode on their smartphones to access most restaurants and facilities. This barcode, associated with popular Chinese app WeChat (an instant-messaging app) and Alipay (an online payment app) uses software to control whether someone is healthy or safe enough to be allowed access to public places, or if they should be quarantined. Users must fill out a health survey, after which they are scored with a green (safe), yellow (questionable), or red (unsafe) health score. In order to have access to places, citizens must have a green score. It has been speculated that personal information on each user, such as location and health score, are immediately shared with authorities, according to The New York Times.