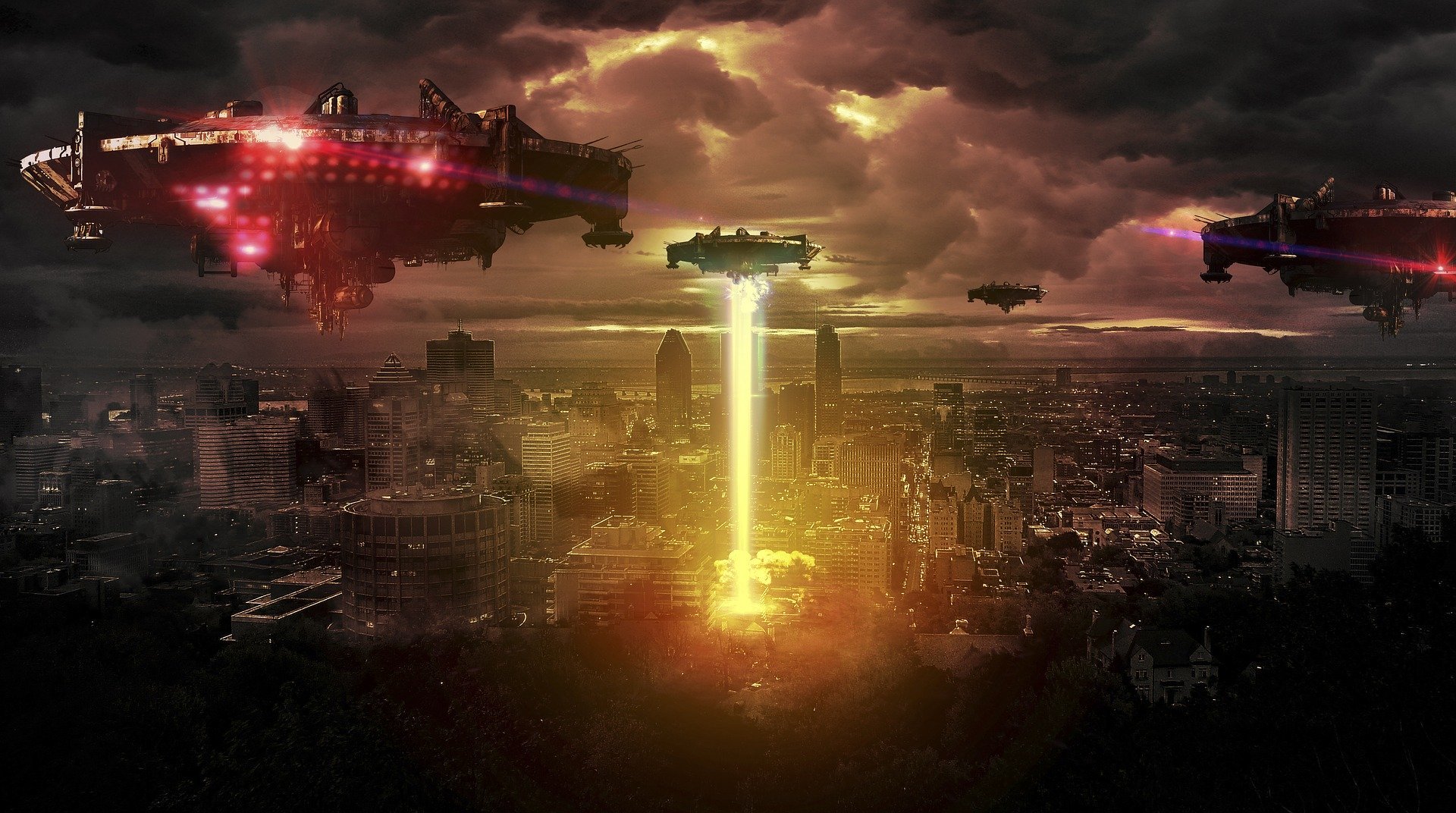 Opportunities and challenges for international filmmakers in China
By Thomas ChowJuly 14, 2020 No Comments

Even as “Frozen 2”’s lovable snowman Olaf and golden-voiced Elsa graced Chinese screens, becoming a late-2019 box-office success in China, questions arose about the future of Hollywood movies in the Chinese film market.

Hollywood movies began to permeate the Chinese movie market in the 1990s. The Chinese government imposed a quota of 10 imported films each year, a number that has increased in the past decades. Now, China allows the screening of 34 foreign films each year, many of which are produced by major Hollywood studios.

The Chinese government has seen a marked shift in attitude toward Hollywood films in recent years. According to data from information service company IHS Markit, the number of revenue-sharing imported films has increased every year from 2015 to 2018. What’s more, the government has relaxed previously stringent quota-enforcement; there were 42 revenue-sharing foreign films imported to China in 2018 despite the official quota number of 34 foreign films.

Foreign filmmakers dissatisfied with the revenue-sharing scheme can also consider entering the Chinese film market via the flat-fee system. Under this system, foreign film studios sell their film to the Chinese government under a negotiated price, and the film studio would not receive any profits generated at the Chinese box office. In 2015, there were only 29 flat-fee films. In 2018, this number had increased to 77.

Stanley Rosen, a professor of political science at the University of Southern California, says that most flat-fee films are made with smaller budgets. These primarily independently produced films focus more on cinematic language than the prototypical blockbuster Hollywood films that often enter the Chinese market.

Hollywood producers also enter the Chinese market by co-producing with Chinese film companies. Under this scheme, producers are required to follow strict guidelines which can restrict a producer’s film location or cast. Common guidelines include that the film must be filmed in Chinese cities or that the cast needs to include Chinese actors.

One of the biggest Hollywood-China co-productions to be shot in recent years is “The Great Wall” (2016). The movie, which features famous actress Li Bingbing and a major action scene filmed in Hong Kong, flopped in box offices, representing a major loss for the two Chinese and two American production companies involved. The movie has an 18% approval rating on Rotten Tomatoes and a 5.6/10 rating on IMDb. And despite the star-studded cast — the movie was directed by famous producer Zhang Yimou and features Matt Damon playing a European mercenary in China — critics derided the movie for its “whitewashing”and its use of a “white saviour” narrative. Others simply thought that the movie was poorly made. The movie cast doubt on the future of Hollywood-China collaborations.

Nevertheless, there are successful cases in the co-producing scheme. “Kung Fu Panda 3” (2016), co-produced by Hollywood-based DreamWorks Animation and Shanghai-based Oriental DreamWorks, received a net profit of $76 million and generally positive reviews by critics.

Smaller-budget films also adopt this method to enter the Chinese market, and some have done so with great success. “Green Book,” the 2018 Academy Award winner for Best Picture, was co-produced by several Hollywood studios including DreamWorks Pictures and Participant Media, and Alibaba Pictures, the Chinese film studio under Jack Ma’s Alibaba franchise, representing a highly successful joint venture between companies on both sides of the Pacific. The movie was a surprise success in China, where it became the second-highest-grossing Best Picture winner behind “Titanic.”

Many small and medium-sized film studios face censorship and heavy editing as prerequisites for screening in China. Some independent film companies have been very critical of the Chinese government for both censoring films or not accepting certain film genres. Many film companies receive pressure to self-censor even before entering the Chinese film market.

“Generally, the independent film group (the organization involved in international and American independent film) was very critical of the Chinese government for not allowing those films in,” Rosen says. “But it was mostly self-censorship by the people who were buying the films because they couldn’t be sure that they would be allowed to be shown. It tends to be, if [there’s] too much violence, too much sex, dealing with homosexuality, those things tend to be censored.”

In recent years, “Deadpool” and “Call Me by Your Name” were banned for these reasons. Over two minutes of homosexual content in “Bohemian Rhapsody” were cut from the movie in the version shown in Chinese cinemas. In 2018, “Christopher Robin,” a Disney movie featuring the popular figure Winnie the Pooh, was barred from screening in China, and no official reason was provided. While some consider the ban as motivated simply by preserving quota space, others believe that the ban was a result of China’s sensitive attitude towards Winnie the Pooh and the derisive remarks of the fictional character’s resemblance to the country’s political leader Xi Jinping.

Chinese censorship on films not only affects foreign studios, but also domestic filmmakers. According to Xin Zhang, an analyst of Chinese cinema and film at IHS Markit, the 70th anniversary of the ruling Chinese Communist Party in 2019 affected the screenings of many films, both foreign and domestic. In June 2019, China cancelled the screening of “The Eight Hundred,” a movie set in WWII focusing on the Kuomintang, the political rival of the ruling Chinese Communist Party during that era.

Benefitting from the quota system

It is not always clear which movies will receive a governmental thumbs-up under the quota system. Rosen notes that blockbuster Hollywood movies such as those from Marvel Studios are often awarded a place in the quota shortlist. Action-packed crowd-pleasers generate huge amounts of box office revenue for China under the revenue-sharing scheme. Under the quota, they become extremely cost-effective.

“Marvel films are very useful in helping China become number one, eventually as the largest box office in the world,” Rosen says. “Since the Hollywood studio is going to get 25 percent of the box office, which is less than what they make in other countries, China makes a lot of money on these films from Chinese theater owners and online ticketing sites such as Alibaba. So these [Hollywood blockbuster films] are very useful financially for China.”

The rise of smaller-budget movies

For Hollywood producers that do not produce blockbusters, playing with the quota system is very frustrating. According to the LA Times, once a movie is approved by Chinese officials, producers usually only have less than a month to promote before the film goes into the cinemas. Producers cannot confirm when their movies are shown, which makes box-office revenue unpredictable. A film that is shown during summer holiday when students have more free time might experience very different levels of financial success from the same film that is shown during “cold” season.

The popularity of smaller-budget Hollywood films like “Green Book” reflects Zhang’s statement that Chinese audience’s preferences on foreign films have matured. Preferences are expanding beyond the fancy action scenes and CGI effects that Hollywood masters.

Ever since China opened access to foreign films, Hollywood movies have been dominant in terms of percentage of foreign film shown. However, in recent years, foreign films of other languages have been successful. “Spirited Away,” a Japanese animated fantasy film and “Capernaum,” a Lebanese drama, both did exceptionally well in 2019 according to Rosen. Emily Tang, a Chinese film director, mentioned that the success of “Capernaum” in China showed that some Chinese audiences are gaining an appetite for films from other countries.

“I’d say art films are more popular in first-tier cities in China, such as Beijing and Shanghai, whereas Hollywood blockbusters still dominate cinemas in second-tier and third-tier cities,” Tong says.

But because many non-Hollywood foreign films enter the market via the flat-fee scheme, they do not occupy a space in the quota. For now, Hollywood films are still far ahead of films from other countries under the revenue-sharing system.

Hollywood also faces huge competition from Chinese domestic films. Every year during major holidays such as Lunar New Year and “National Holiday Gold Week” in China, families flood the cinema and generate millions of income for the film companies. However, Hollywood can seldom take advantage of these box-office surges, since the Chinese Film Department often prioritizes the screening of domestic films during the holiday season.

The ongoing COVID-19 pandemic has dealt a huge blow to China’s film industry. Consequently, the business plans of Hollywood studios in China have also been deeply affected. Since all cinemas in China were shut down for over 100 days, the scheduling of movies in the future becomes very complicated. Hollywood films will very likely face tougher competition from domestic films after the situation becomes better, Rosen says.

Chow also noted that because of the financial difficulties that many cinemas in China are experiencing now, the Chinese government might take over some of the private cinema lines. As a result, there might be more government control regarding the film market in China, which could affect Hollywood producers.

Generally speaking, Hollywood films still hold a dominant position in the foreign Chinese film market. However, as competition from other countries emerges and global politics remain unstable, the future of Hollywood in China is uncertain.

Image by Javier Rodriguez from Pixabay