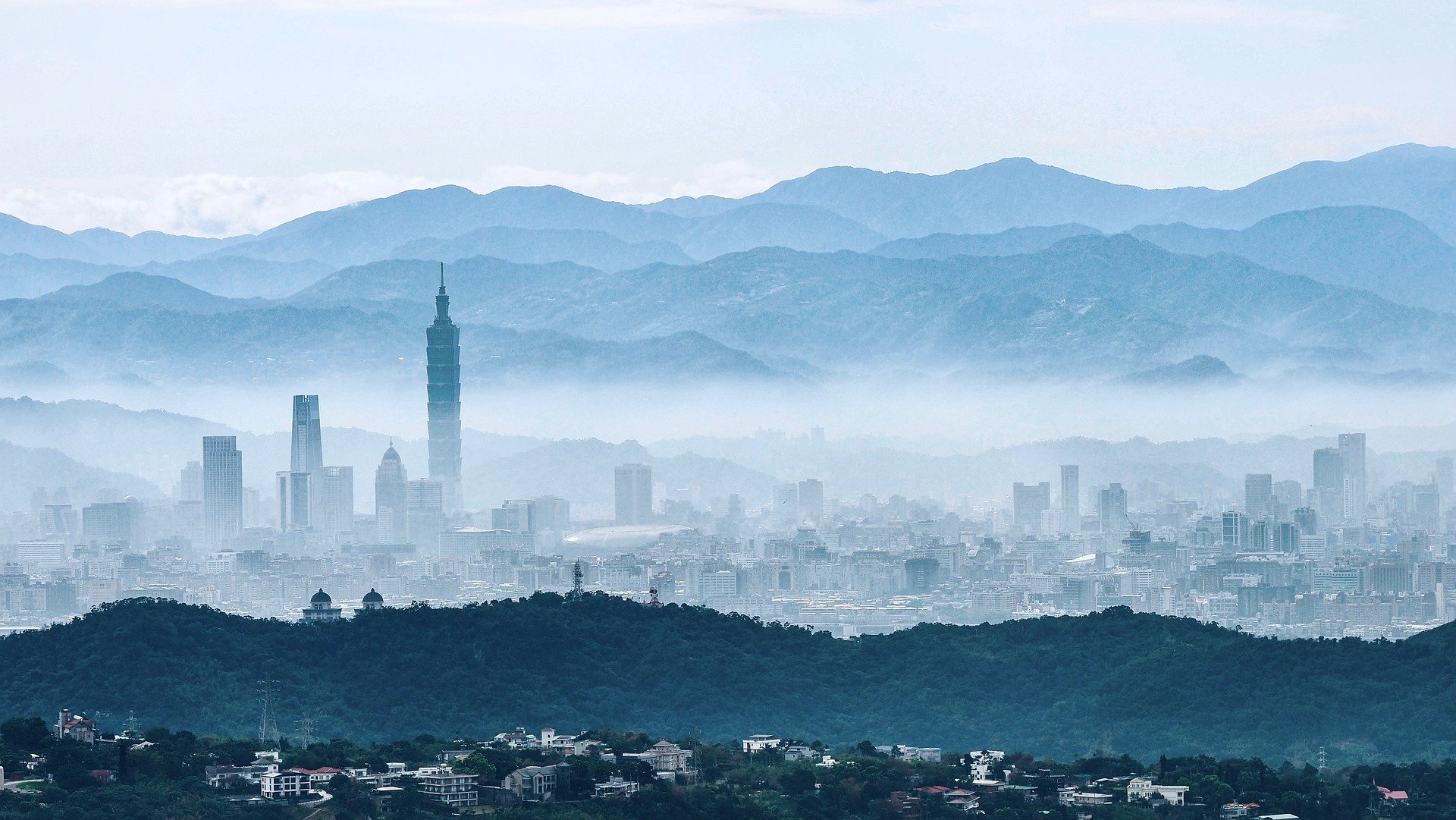 As China Bars Reporters, Taiwan Emerges as a Journalist Hub

In early 2020, a series of escalations in media restrictions between China and the United States caught foreign journalists in a diplomatic crossfire.

The Foreign Correspondents’ Club of China 2020 Annual Report suggests conditions for foreign journalists were harsh before 2020. However, Chinese authorities and state power “dramatically stepped up efforts in 2020 to frustrate the work of foreign correspondents.” The report states, “the coronavirus pandemic allowed China an opportunity to create more restrictions for foreign press in the name of public health.” With limited access and significant pressures exerted on foreign journalists, many reporters have been forced to cover China from outside, with many doing so from Taiwan.

China’s February 2020 move to expel foreign journalists followed a controversial Wall Street Journal headline that referred to China as the “Real Sick Man of Asia.” The opinion article criticized China’s response to the COVID-19 pandemic. Although Wall Street Journal reporters in China did not write the article, the government began an immediate backlash based on its insensitive title.

In early March, the United States retaliated, limiting the numbers of Chinese citizens who can work in the U.S. as media operatives. In effect, the United States expelled 60 Chinese journalists working for Chinese news outlets. The decision to declare five Chinese media outlets as “foreign missions” in early 2020 meant the United States labeled them as state agents.

Just weeks later, China announced it would expel American journalists working for The New York Times, The Wall Street Journal and The Washington Post while limiting other news outlets such as Time magazine and the Voice of America.

China announced that the measures to expel foreign journalists from China were “completely necessary and reciprocal countermeasures that the US has forced to carry out unreasonable suppression of Chinese media agencies in the United States, and are completely legitimate and reasonable defenses.”

China also barred journalists from reporting in Hong Kong. Previously, reporters waiting for visas often worked from Hong Kong, as it has long served as a place for independent, critical reporting on China. This move to explicitly ban journalists from Hong Kong poses increased concerns about free press limitations in the region following Beijing’s 2020 National Security Legislation for Hong Kong.

Both Taiwan and Hong Kong have historically provided independent and comprehensive coverage of China. From the 1950s to the 1970s, Hong Kong was one of the primary journalistic hubs for American reporters. Taiwan has only recently grown into a journalistic hub.

Taiwan increasingly looks like a bastion for journalistic reporting in the region. Reporters who moved to Taiwan following the initial expulsions in the U.S.-China media standoff have accelerated a trend that already existed.

Following China’s expulsion of journalists, Taiwanese Foreign Minister Joseph Wu extended invitations to three affected publications to move their offices to Taiwan. In a tweet on March 28th, he wrote “As @nytimes, @WSJ & @washingtonpost face intensifying hostility in #China, I’d like to welcome you to be stationed in #Taiwan — a country that is a beacon of freedom & democracy.”

Wu’s statement reflects Taiwan’s position as an increasingly viable place for international journalists to cover the region. Even while media and economic standoffs affect the United States and China, Taiwan’s democratic environment could make the country a base for those needing to cover China from a distance.

“Some foreign media outlets thought that Hong Kong wasn’t as safe as it should have been for freedom of media, or that it would become less safe over time,” says Ralph Jennings. “Some people were already coming over [to Taiwan] or deciding to come here first instead of trying Hong Kong or China.”

Jennings has covered news in Taiwan, China and Southeast Asia for over two decades. Jennings has written for numerous major publications, including VOA, Forbes, South China Morning Post and the Los Angeles Times. Having lived in Taiwan for over a decade, Jennings has witnessed the rise of journalists based in the region.

As Jennings mentions, Taiwan’s projected growth as a journalistic hub is spurred in part by the increasing dangers posed by reporting about China from Hong Kong. However, Jennings also notes that many journalists based in Hong Kong cover topics such as “stocks, trade, portfolio investments, finance,” all things “Hong Kong is really known for.” These topics are less controversial and are less likely to draw criticism from the Chinese government.

James Chater, a freelance journalist, formerly based in Taiwan, has also followed Taiwan’s growing influence as a global hub for journalism.

“I think there’s a sense that Taiwan is almost going to become what Hong Kong was before China opened up,” Chater says. “The trend of journalists getting their visas revoked, which happened quite regularly in China beforehand, is now starting to happen in Hong Kong a bit more. … I definitely think there will be a move towards covering China from Taiwan and I already think we are seeing that quite considerably.”

“[T]he Chinese government cannot censor Taiwanese media domestically within Taiwan,” Chater says. “What it can do, and what it has tried to do, is infiltrate Taiwanese media organizations and try to shift the narrative that’s happening. It is more covert but is more in line with what they are able to do.”

Maria Repnikova specializes in Chinese media at Georgia State University. She thinks Taiwan’s move to invite journalists can be seen as a “soft power move on behalf of the Taiwanese government … that has played into their reputation well.”

International Journalists Adapt to Reporting on China from Outside China

Evan Osnos, a former correspondent, based in Beijing from 2005-2013, pointed out that the move to expel foreign journalists from China has “seriously constrained the ability of American readers and decision-makers to understand what’s happening [in China].”

“Losing that visibility has been a net negative for the United States,” Osnos says.

However, thorough reporting still exists in the region, even without reporting on the ground in China.

“I’m concerned and discouraged by the standoff between the governments that limits journalists from being on the ground in each direction,” says Seth Faison, former Shanghai Bureau Chief for The New York Times. “But as a news consumer, I’m really impressed by how serious news organizations are continuing to report effectively about China and the United States, even with all the restrictions. So much more information is available, and you can do so much reporting even without being there in person. Obviously, you lose something when you’re not there on the ground talking face to face to people, but COVID[-19] has really forced us all to take a leap forward in figuring out how to do all kinds of work, including journalism remotely.”

Faison is concerned that “there’s going to be something that’s lost. But, [journalism is] very different in 2021 from what it was 10, 20, 50 years ago. The media today in all directions can do a much better job from a distance than they could have before.”

Jennings similarly pointed out the potential for a loss in coverage. A good reporter will still be able to find people on the ground as sources remotely. However, Jennings notes, the loss will come from reporters not physically being on the ground. “If you’re writing about air pollution and you’re not there to see it or breathe it … and you can’t interview the people … you can’t see it happening. The whole participation-observation component of journalism will be sacrificed,” Jennings says.

Jennings noted that this transition to remote reporting is happening all around the world.

“Media outlets are pulling back their foreign correspondents to save money, and they are doing a lot more things at their headquarters by the internet or by phone,” Jennings says. “That sacrifice doesn’t seem to be a key concern among some media outlets.”

Although Osnos, Jennings and Faison are all concerned that the quality of reporting about China may decline as the country becomes more hostile to journalists, there is still hope for comprehensive reporting on China from other locations through Internet and phone research.

“As a journalist in 2021, you can still write a lot of good stuff about China without being inside the border. … I’m just impressed so far by how much U.S. journalists have been able to do from outside China,” Faison says.

Jennings notes that in Washington D.C., the issue might be pushed down on the agenda by other, more pressing issues, such as trade, technology and climate change.

Freedom of the press and the absence of an Internet firewall make reporting on China from Taiwan easier. But for reporters hoping to use Taiwan as a base from which to plan shorter trips to China, visas are needed for every visit and require extensive forward planning not feasible for pressing or fast-moving stories. “Just the entry point logistically is becoming even harder than before,” Repnikova says.

Other countries in East and South Asia do not have Taiwan’s proximity to China, but they offer different advantages.

“[Taiwan is not] an international hub for business, for trade and for commerce,” Jennings says. “There isn’t really a big story here. There’s nothing you can cover at home on a regular basis for the foreign news audience. There is [more potential for local coverage] in Hong Kong, [and] there is in Singapore because they are hubs for big networks of trade and commerce, and portfolio investment,” says Jennings.

Some major outlets, such as the New York Times, have moved some of their staff and operations to Seoul, South Korea. Others, as Jennings suggests, have looked to other parts of the region to set up operations. “There has been a fair amount of interest in Bangkok over the years because in Central and Southeast Asia, it’s a fairly inexpensive place to set up a media office,” says Jennings.

Reporting on China is bigger and more important than ever. China continues to draw international attention as a rising power whose influence can be felt around the globe. Only time will tell where Southeast Asia’s largest media hub will establish itself, but Taiwan’s support of foreign media, democratic values and strategic location make it a strong contender.

Image by Ke Hugo from Pixabay