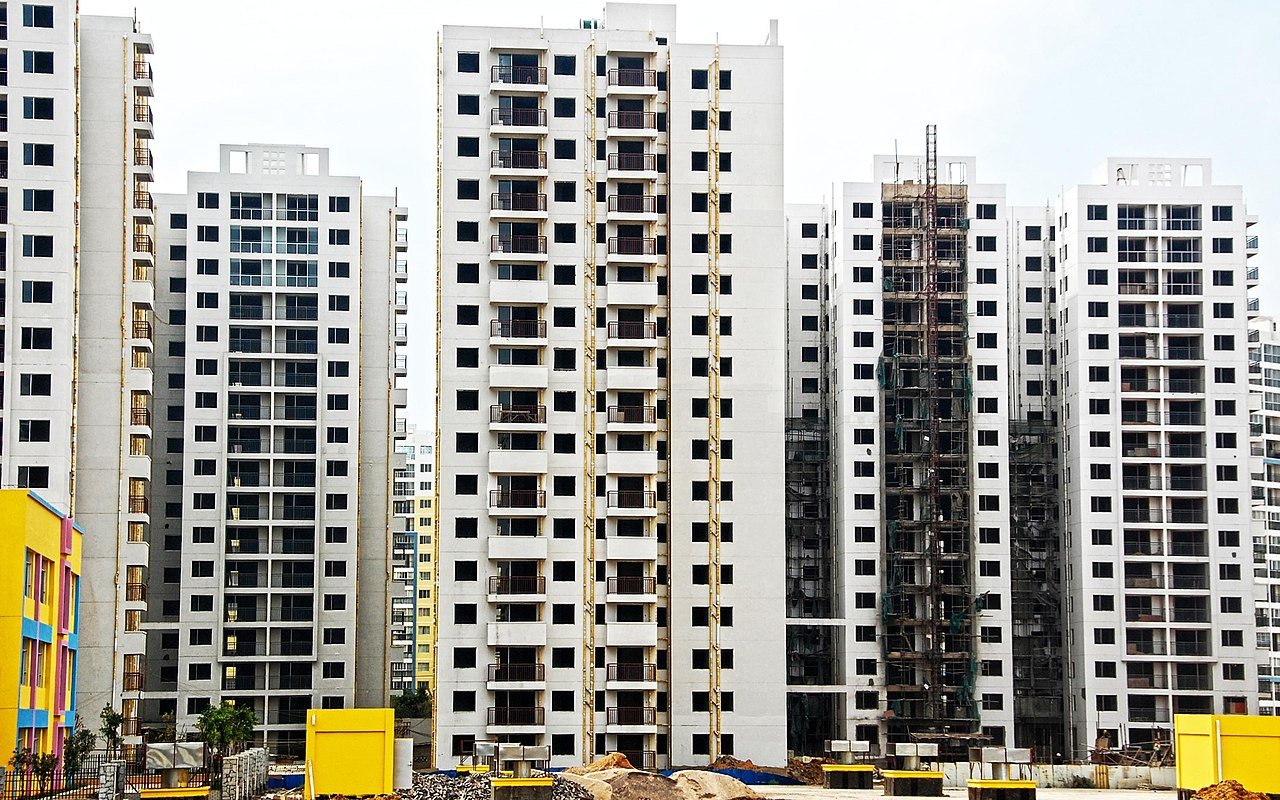 China’s record number of vacant houses and urban projects, sitting at over 50 million units and growing, are an increasingly worrying domestic challenge. Known as “ghost cities,” these developments have created a housing bubble representative of decades of Chinese progress — but also turmoil.

The phrase “ghost city” might imply a city once full of life and now abandoned. But China’s ghost cities are brand new, and their high-rises never populated. Many had remained that way for years, byproducts of rapid economic growth that continue to plague the nation’s urban planning strategy.

Today, this abnormal trend should be re-examined in the context of a nation turned upside down by a global pandemic. COVID-19 saw population migrations and a change in the way people live and work in cities. As the world continues to create its “post-pandemic normalcy,” urban planning and land development are key considerations.

China’s ghost cities did not experience significant pandemic-driven influxes in demand — but they are beyond saving. In fact, concepts like social distancing, work from home, and new green initiatives may very well help to drive the next generation of China’s urban transformation framework. Whether this spells success for the existing ghost cities is unknown, but at the very least, we can definitely expect to see unprecedented shifts in China’s ever-growing urban landscape.

What is a ghost city?

Ghost cities come in many shapes and sizes. While information about them is scarce, studies have identified some 50 municipalities of varying sizes, often labelled as development areas (开发区), new areas (新区), or eco-cities (生态城). They are often located on the outskirts of second and third-tier Chinese cities; most are fully completed, but some were suspended mid-construction. Miniature replicas of London, Paris and European villages have low residency rates, making them perfect venues for wedding photoshoots or film sets.

The term “ghost city” was first used by photographers and journalists documenting the Kangbashi District. Located in Ordos (Inner Mongolia), Kangbashi is one of the largest and most well known ghost cities. Originally designed to accommodate over 1 million residents, the urban megaproject only housed around 20,000 people when it gained international attention around 2009, when journalists flocked to Kangbashi to document its impressive (but empty) landmarks and buildings. 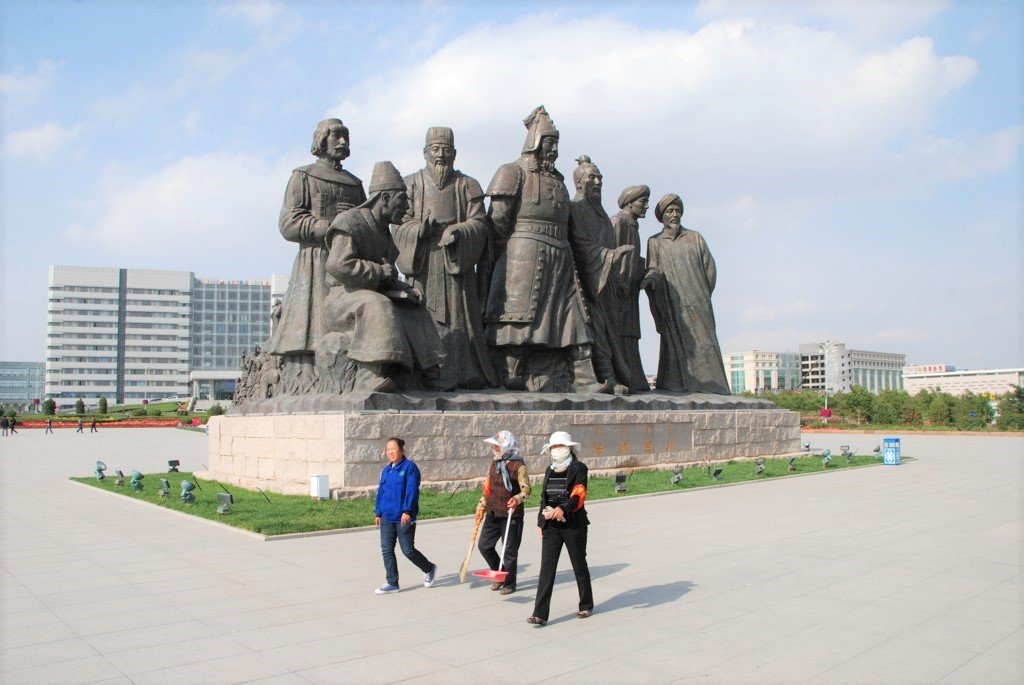 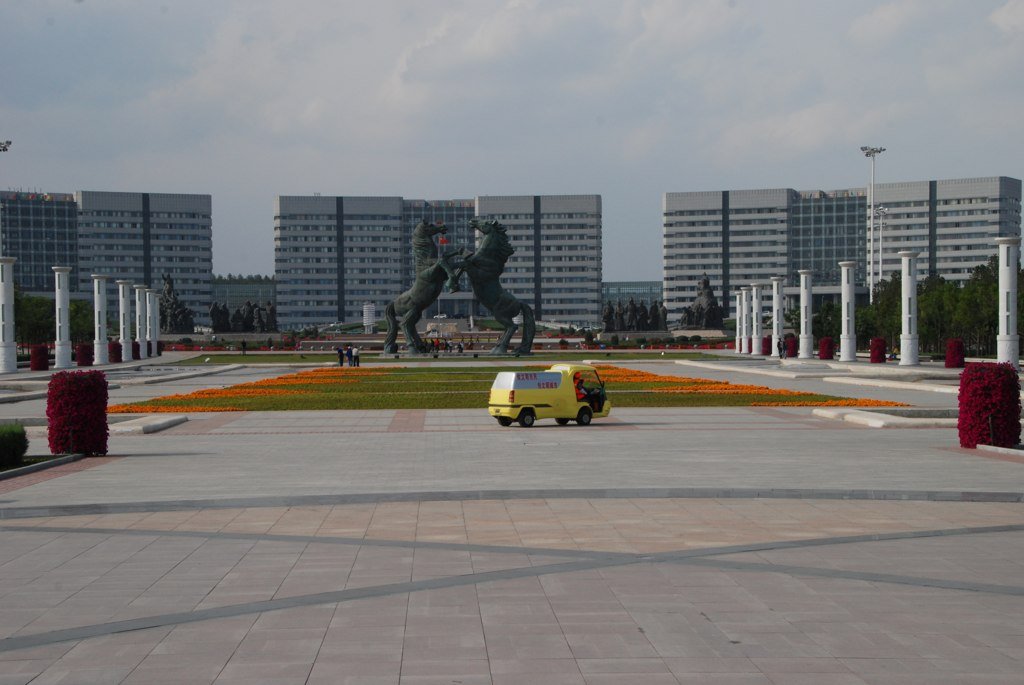 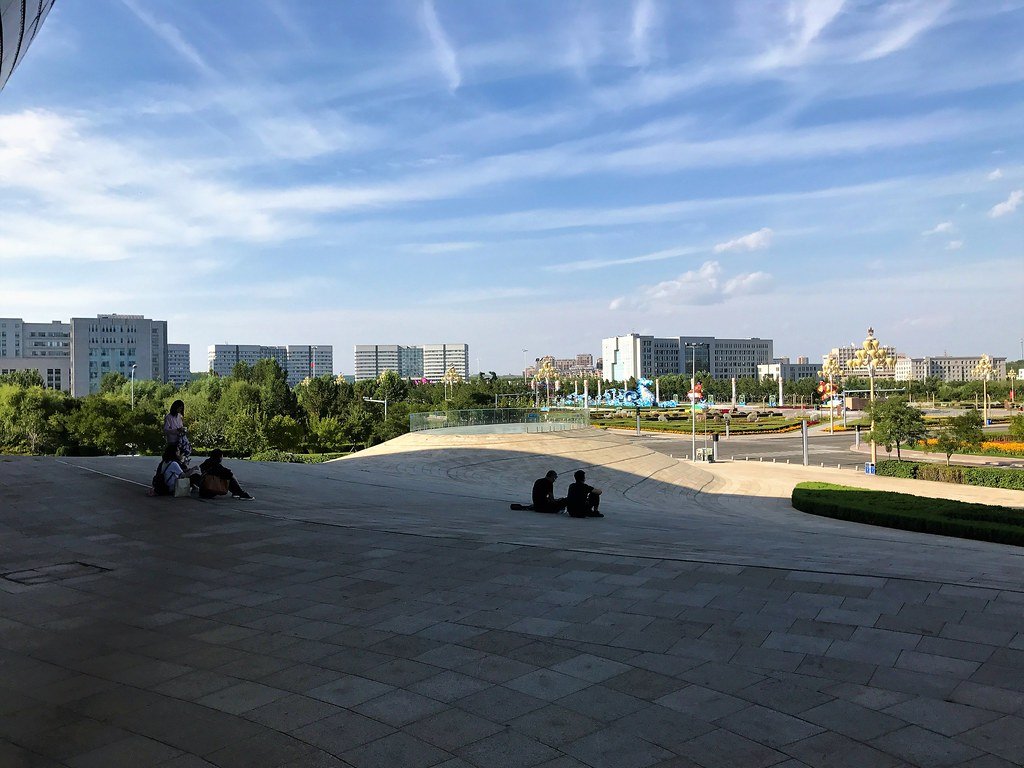 In years since, the world has directed more attention to these intriguing urban megaprojects, but data from local Chinese governments remain scarce. What we know is that apartments erected in ghost cities are rapidly purchased by homeowners who have no intention of moving in, and prices steadily increase. The result is a massive and worrying property bubble.

According to Max Woodworth, an expert on Chinese urban development, understanding ghost cities requires knowledge of two main factors: the reason houses were built, and the reason people buy them.

Most new urban projects are commissioned by local governments. Officials typically spend anywhere from two to five years in a regional position before being transferred by Beijing. To improve their track record, local officials often fight to demonstrate concrete economic growth and local development during their term.

“Deciding to build a new town is just one simple way [to demonstrate results],” Woodworth says. “[Officials] have a strong incentive to [construct new cities]” as they indicate economic progress in a clear and measurable way. In the late 20th century, many local governments had abundant land that they could lease out to developers to boost economic activity, which kick-started this city-building trend.

Private developers were also eager to jump on board because demand for new houses was insatiable. Ghost city property buyers are primarily middle and upper-class citizens who want a secondary or tertiary property for investments purposes.

Chinese property investment is very different from American investment. Chinese households at all income levels save more on average, but with strict investment regulations in place, many turn to buying real estate. Chinese families are also more likely to purchase additional properties for future generations of children and grandchildren.

Woodworth notes that there is little incentive for owners to rent out these spaces and risk-taking in bad tenants because most places in China do not have property tax. In fact, many of the units remain unfurnished for the whole duration of the ownership. Because the officials were not particularly concerned with actually populating these cities, there weren’t initiatives or policies in place to effectively regulate ownership or bring in physical residents. Many of the cities may have nice stadiums, museums and government buildings, but they lack economic activity and other attractive functions. This is why those cities have very few permanent occupancies, often composed of government officials and retired elders.

In 2020, the total value of China’s housing market was over $52 trillion, dwarfing the U.S. bond market. While properties in top-tier cities are so popular they require lotteries, the value of housing in the underpopulated cities often remains underwhelming. If a ghost city never receives the anticipated attention, homeowners are at risk of losing large chunks of their investment. The local governments also face the long-lasting consequences of draining resources to maintain empty cities. This is why Woodworth also refers to some of the ghost cities as “wasted cities.” He says that the central government was well aware of this issue early on and implemented measures such as construction regulations and fiscal mechanisms to curb the development, but local officials found ways to continue their projects.

What does the post-COVID-19 era mean for these forgotten cities?

The short answer is: probably not much right now.

A few months into the pandemic, experts speculated that the new normal might consist of a shift to working from home, spelling the end of overcrowded metropolitans and urbanization trends. Woodworth thinks otherwise.

“[Time has shown that people] enjoy being in cities,” and once the pandemic recedes the bustling urban lifestyle will return. In the U.S., we already see that the white-collar migration from New York to Florida has begun reversing course, while analysts show that the creativity factor provided by office interaction cannot be replicated in fully remote settings.

Professor Sarah Williams, an expert in technology and urban planning, explains the issues from another angle. Her project has located urban spaces that could one day become ghost cities by identifying the lack of life-sustaining “amenities” around larger urban areas. Williams speculated that without amenities such as schools, restaurants or department stores these locations will never become attractive to migrants, especially at their inflated price points.

“Many cities don’t succeed because they don’t have the kind of diversity that we need to have in communities,” says Williams.

This diagnosis can apply to the living standards, spatial design and even cultural richness in these urban projects. Woodworth recalled his experience living in Kangbashi as being “quite disorienting and alienating” due to the mundane urban design and the lack of activity.

Williams says that the pandemic will probably cause China’s urban population to shift, but likely not towards ghost cities. She says that as people reconsider job options and living arrangements with family in mind, this shift can “potentially help with the growth of some functional second and third tier cities,” but won’t change inherently unviable cities.

So, can China create new livable spaces?  “[Not] unless it’s done within a holistic perspective,” Williams suggests. She emphasizes the need for economic planning and a phased approach that would gradually increase the community size instead of erecting a whole city without considering who would live there. It is a process that would take decades to plan and execute. Currently, these frameworks can be seen in China’s latest urban megaproject: Xiongan New Area.

Xiongan was commissioned by President Xi Jinping in 2017 as a new development area outside Beijing with the purpose of strengthening economic connections between Beijing, Tianjin and Hebei. Unlike the ghost cities, Xiongan is planned by and received full logistical support of the central government; it is often called the “brainchild of Xi Jinping.” Supporters compare the potential of this new city to Pudong and Shenzhen, both of which were built in the past 40 years and saw explosive success. However, there are many critics that see the reflection of Kangbashi in this project, namely because it is also built in the remote outskirts.

Despite the uncertainties, the central government seems determined to bring about Xiongan’s success. In 2019, state news has revealed the “2018-2035 master plan”, which will gradually turn Xiongan into a competitive and eco-friendly city and a “national model of high-quality development.” Xiongan already has a reported population of 1.2 million, a staggering number compared to previous examples. However, this success must be contextualized by the fact that the government takes full control of the real estate market in the city. From housing to office space, nothing is privately sold or owned for now. Currently, only selected businesses and secondary government functions from Beijing are allowed to move in, and residents are chosen and assigned apartment units. There are also strict environmental and social regulations in place to help shape the city.

This is not the sustainable model that Williams envisioned. But if Xiongan does become an example of successful urban development, could the same model and lessons be applied to save some of the ghost cities? For many of these cities, structured and holistic makeovers will not only improve living conditions but also help with the retention value of houses.

Only time will tell whether ghost cities will populate in a post-COVID-19 era. In 2019, Xinhua news cited Kangbashi District in a piece titled “Farewell to Ghost Town,” stating that it has reached a population of 150,000 permanent residents. While this number is a step up from the 20,000 ten years prior, it still only represents less than a fifth of Kangbashi’s potential capacity. Indeed, Chinese ghost cities may be seen as failures of urban planning, but they also represent the potential of even greater growth in the nation.

What’s clear now is that population growth cannot be forced — not even by a pandemic — but rather encouraged through delicate planning that prioritizes the residents’ needs. Maybe China’s urban landscape will continue to surprise the world for years to come.