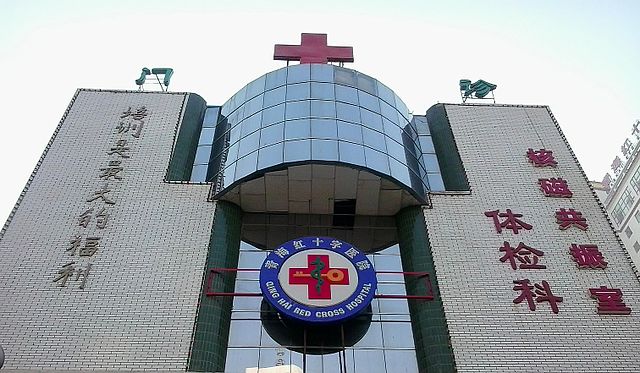 By Noah ChristiansenMay 18, 2022 No Comments

Few topics trigger a more intense debate throughout the world than abortion. The mere mention of this subject invites a litany of conflicting opinions. For some, the word signifies freedom – the freedom to choose how and what one does with their body. For others, the word is antithetical to their entire belief system. While American audiences might be fixated on the debate surrounding Roe v. Wade, abortion exists around the world. The People’s Republic of China has both a long history when it comes to abortion and family planning as well as current trends that challenge long-standing policies and norms.

At over 1.4 billion people, China has the world’s largest population. In 1980, the Chinese government implemented the one-child policy to deal with this fast-growing population. At face value, this policy is simple: a couple may have one, and only one, child. If a family were to violate this policy, they were given a fine or (more often than not) forced to have an abortion. Through the strict enforcement of this law, many women were incentivized to undergo such procedures. Sex-specific abortions were quite common due to patriarchal legacies – male sons were seen as better than female daughters. Due to an increasingly imbalanced gender ratio, China moved to criminalize sex-specific terminations in the early 2000s.

After decades of strict adherence, however, this criminalization was too little, too late. The one-child policy ended up showing its detrimental, long-term effects years after its implementation. Compared to males, fewer females were born which has drastically altered China’s birth rate throughout the nation. Because of this, China ended the one-child policy in 2016. Yet, the lifting of this policy has not led to a significantly higher birth rate. In fact, China’s birth rates dropped to a historic low in 2021.

US-China Today interviewed Dr. Min Zhou, a professor of Sociology and Asian American Studies at UCLA, to discuss the one-child policy. “People in China had a tendency to passively and uncritically accept what the government said and did. This is the problem with the authoritarian regime” she says. When asked about the general acceptance of abortion, she indicates that “abortions in China are generally accepted, but there is a certain resentment [among the current generation of young women] about restricting whether [women] want to have children.” So, although there is [a] conversation regarding access to abortions, Dr. Zhou observes that “[women] will not express discontent” due to the power that the government holds.

China’s goal to reverse its population growth trends has failed because couples don’t want to have more children. Between the rising cost of living, childcare costs, and women being in higher positions of power (compared to previous decades), many couples are abstaining from having a child, let alone more than one. Dr. Zhou comments on the overwhelming number of couples who don’t want to have children: “This is more of an urban issue,” she says, “Most urban women are much better educated than before 2000. It’s very expensive to raise children – especially with the high cost of education and childcare.”

It should be noted that the one-child policy was not extended to all regions of China – even if Beijing claims it was. Ethnicity has played a large role in policies related to abortion throughout the history of family planning in China. In fact, many ethnic minorities were exempted from the one-child policy. For the CCP, ever-vigilant regarding China’s ethnic minorities, there were concerns that stripping ethnic minorities of their political and bodily autonomy could lead to political instability. These exemptions were not standard nor guaranteed, and changing political aims often resulted in the rolling back of such policies. A prime example of this flip-flopping occurred to urban Tibetans. The CCP established a family planning department in the 1980s and promoted the one-child policy, while still allowing Tibetans to have two children with a third child subjected to governmental approval. However, even these types of policies received backlash from ethnic minorities who resented control from Beijing.

The effects of the one-child policy are extensive even years after it has been lifted. Recently, the China Family-Planning Association, a firm backed by the CCP, decided to have a “campaign of intervention” to craft a culture that delegitimizes abortion while calling for improved reproductive health education. They seek to “intervene” in abortions for single women. This new campaign stems from the growing fear around declining birth rates. Many abortion clinics have been shut down and China has completely shifted the narrative, urging couples to have not just one child but three. This dramatic shift represents a rejection of the one-child policy and decades of policy from the CCP. Just as women were forced to get abortions in the past, many fear that women today are going to be forced to carry out a pregnancy against their wishes.

US-China Today interviewed Kyler Phillips, Former Consular Affairs intern at the U.S. Consulate General in Guangzhou, China to understand these shifting policies. Phillips worked on the issue of the local level enforcement of the one-child policy during his time in Guangzhou. “People are certainly upset about this flip-flop nature,” Phillips says, “The CCP’s flip-flop approach confirms the cynical take that the CCP promoted gender equality and abortions because they saw it as socially necessary to lowering China’s historically high birth rate.” Phillips isolates the root cause of the CCP’s change of mind – economic development. “Now that China’s naturally low birth rate threatens economic development, the CCP has reversed its position on gender equality and abortions, now seeking to raise the country’s birth rate through a public media campaign as well as restricting abortions.”

Compared to America, where the debate about abortion dominates the headlines and spills onto the streets,  there is not much public debate regarding abortion in China. “It’s difficult to know whether the public at large in China has taken note of this shift or if they even care about it because Chinese public opinion is notoriously opaque, but some outspoken women’s rights activists suggest that there is some public grievance hidden under the surface,” Phillips notes.

Regardless of one’s personal opinion on abortion, China has stated that they are seeking to promote gender equality. The official statement from Beijing in 2005 says, “…The promotion of gender equality and the overall development of women is not only of great significance for China’s development, it also has a special influence on the efforts for the advancement of mankind.” The president of China, Xi Jinping, in a speech to the United Nations, has even stated: “We need to strive for gender equality.” However, with cabinet positions in China dominated by men and with the ever-changing nature of the government’s response to population rates, many feminists are upset with the government’s actions.

Phillips discusses (the supposed) gender equality within China’s government. He says, “today the CCP is actively suppressing [women] and even imprisoning women’s rights activists. Under Xi Jinping’s presidency, the Feminist Five (a group of Chinese women’s rights activists) were arrested. The reason for their arrests was related to their planning of a protest against sexual harassment on public transportation. This, in addition to the CCP’s reversal on abortion, suggests that there’s no reason to believe that the CCP cares about gender equality even if they attempt to promote it.” With this in mind, it becomes clear that promoting gender equality is in service of a different goal. As Philips sees it, “The CCP and President Xi Jinping undoubtedly act in the best interests of the party with the singular goal of preserving its power.”

The CCP has not issued a direct statement regarding abortion to this day. One might think that with the cultural legacy surrounding abortions due to the one-child policy, Beijing would clarify its position. “They’re probably worried that any direct official statements on abortion would permeate public discourse and be used by activists, individuals, groups, or foreign governments to elucidate and criticize the CCP’s flip-flop on abortion and gender equality,” Phillips argues.

As abortion becomes increasingly prevalent in public discourse, and as new population pressures and goals emerge, the government will continue to do its best to manage the discourse around this hot button issue.  However, with decades of changing policies and contradictory approaches to family planning and reproductive health, it seems women are increasingly frustrated with abortion policy in China. With many individuals in China speaking out against China’s overreach and enforcement of laws, opinions will continue to change and shift.