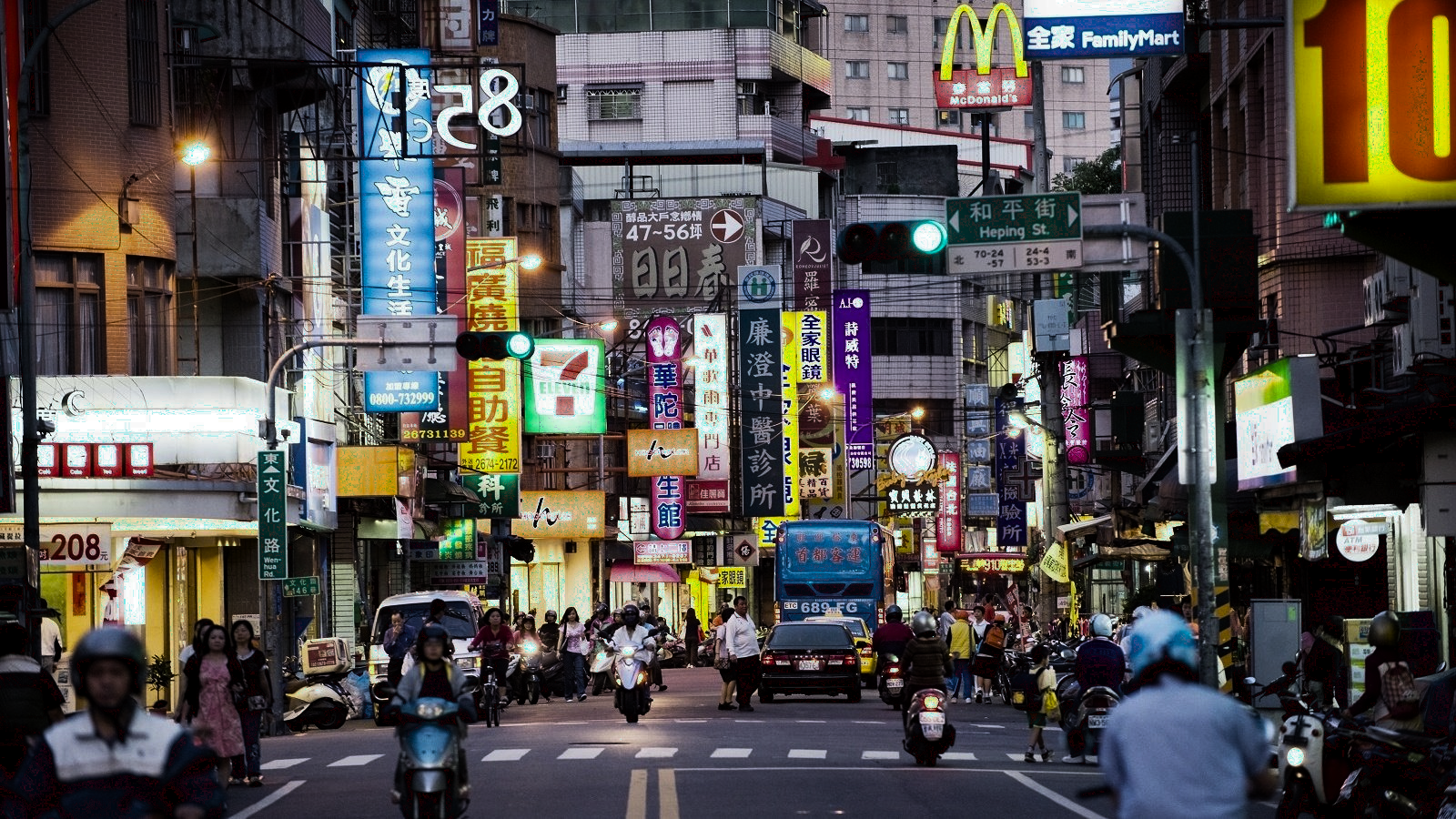 By Andrew GallegosSeptember 18, 2022 No Comments

Yu En Hou never realized she had an accent. Growing up in Chiayi, a county in southern Taiwan, she was used to hearing the Taiwanese language all around her. Like many children in southern Taiwan, Yu En grew up bilingual, speaking Mandarin in school with friends, and speaking Taiwanese at home with her parents and grandparents.

When it was time for Yu En to attend university, she chose a school in Taipei, Taiwan’s capital and largest city. When she first started attending university, Yu En didn’t dare speak Taiwanese; she was worried that some classmates might call her out, saying “Oh, you’re from the countryside, aren’t you?” As hard as she tried to speak proper Mandarin, some of her classmates ended up identifying her Taiwanese accent regardless (Note: Here, Taiwanese accent refers to an accent in Mandarin Chinese that denotes inflections and pronunciations derived from the Taiwanese language. In other contexts, a Taiwanese accent may refer to a Taiwanese Mandarin accent that is characterized by softer pronunciation than Beijing Mandarin.).

Like Yu En, many young Taiwanese may have grown up speaking Taiwanese at home. It is estimated that around 80% of people in Taiwan speak Taiwanese to some extent. However, Mandarin continues to be used as a lingua franca and standard language throughout the island, and the Taiwanese language continues to face challenges that have put the language in a dangerous position.

Distinguishing Between The Taiwanese Language and Other Languages of Taiwan

Taiwanese is a language belonging to the Southern Min, or Minnan (閩南), language group. Originating in the southern Chinese region of Fujian, the language migrated to Taiwan alongside a large number of migrants from Mainland China over the 200 years the Qing Dynasty controlled the island. Southern Min languages are also spoken in overseas Chinese communities, including those in Malaysia, Singapore, Thailand, and America, among others.

Taiwanese is only one of many languages spoken in Taiwan. Hakka (客家話) is a language spoken by the Hakka people, an ethnic subgroup of the Han Chinese. Hakka people are thought to have originated from northern China; they moved southward during waves of migration in the fourth, nineth, and thirteenth centuries. The word “Hakka” literally means “guest people,” distinguishing them from the local people as they migrated so frequently. The Hakka language has some similarities to Cantonese and Mandarin but is quite different from both. Hakka people make up about 15% of Taiwan’s population.

Taiwanese is a form of Minnan unique to Taiwan. As a result of Japanese influence, Taiwanese uses some words derived from the Japanese language. Similarly, Minnan variations spoken in other regions are influenced by the local languages and cultures. In Singapore, Malaysia, and other parts of Southeast Asia, the language is called Hokkien, a word etymologically derived from the word “Fujian.” Hokkien spoken in Singapore or Malaysia may integrate some words from the Malay language, just as Taiwanese does with Japanese.

Taiwan was under Japanese rule from 1895 until the end of World War II. In the 1930s, the Japanese government began to establish National (Japanese) Language Training Schools to further assimilate local Taiwanese people and transition them into being “loyal subjects of the Emperor.” In 1940, the government encouraged those who spoke Japanese regularly or those who “strove to cultivate the quality of imperial subjects” to legally change their Chinese names to Japanese ones. As a result, many who grew up during this time speak Japanese and may even have Japanese names. Today, it is not uncommon to encounter an elderly Taiwanese person who speaks mostly Japanese.

The status of Taiwanese was again challenged in 1945 when Taiwan was transferred from Japanese to Chinese control. During the Japanese occupation, many people used Japanese alongside Taiwanese, Hakka, and indigenous Austronesian languages. So when the Kuomintang (KMT) came to Taiwan, very few spoke Mandarin. It wasn’t until 1949 when the KMT moved the Republic of China leadership to Taiwan that a large number of Mandarin speakers also moved from the mainland to Taiwan.

The Republic of China had already established Mandarin as the official national language when its capital was located in Beijing. Establishing Mandarin as an official and unifying language in Taiwan was an important goal for the Kuomintang to establish itself as the legitimate government of China after the Communist Party took control of the Chinese mainland. As a result, children began learning Mandarin in school and were highly discouraged from using any other language. Television and radio stations were mostly banned from broadcasting in any language other than Mandarin.

Professor Grace Wu, a lecturer at the Penn Language Center at the University of Pennsylvania, discussed her personal experience living in Taiwan during the Mandarin-only policy era: “When I was growing up, Taiwanese could not be used…On television, announcers had to speak very standard, proper Mandarin.”

“When I was growing up, Taiwanese could not be used…On television, announcers had to speak very standard, proper Mandarin.”

Professor Wu highlighted that the KMT took advantage of the fact that no one knew what the world outside of Taiwan was like at the time. The aggressive Mandarin-only policy lasted until the end of martial law.

Mandarin continues to be the official language of Taiwan. Its status is unrivaled as Mandarin is used for official communications and in virtually all aspects of daily life. Professor Wu noted that this is because people place more importance on Mandarin. The language is seen as being more formal, as it is the language taught in schools. She commented that Taiwanese is more of an “at-home” language, or one that would be used in more casual, intimate settings, such as at the marketplace, around town, or with family members. For this reason, there is a bit of a stigma attached to speaking Taiwanese in formal settings or in places with few Taiwanese speakers, just as Yu En experienced when she moved to Taipei for school.

“People feel that in more serious settings, one should speak Mandarin because our education is in Mandarin,” Yu En shared, “for example, when they are covering something big on the news like a presidential election, it will be in Mandarin… Of course, there are some channels or websites that purposely use Taiwanese, so there are still platforms for Taiwanese, but not as many as for Mandarin.”

“People feel that in more serious settings, one should speak Mandarin because our education is in Mandarin.”

Professor Wu faced similar challenges growing up as well. “Growing up, we always thought that if we have a Taiwanese accent, we are inferior. And that those people who don’t have a Taiwanese accent are higher class…that’s how we were taught,” she shared. In fact, during the Mandarin-only policy, students were reprimanded for not speaking Mandarin. Students who were caught speaking other languages would face punishments such as getting slapped on the hands with a ruler or wearing a sign that read “I love Mandarin.”

“If schools and the government could integrate Taiwanese into education, the position would be different,” Wu added. However, this introduces another issue: if the Taiwanese language were to have its status elevated, would that mean that communities that speak other languages — like Hakka or Austronesian languages — would feel left out? As the matter is so complicated, it may never be addressed.

The Future of the Taiwanese Language

Today, most older generations of Taiwanese people speak Taiwanese fluently. But as the older generations pass away, fewer and fewer native speakers are left. As for middle-aged and millennial-aged generations, it is difficult for them to teach their children Taiwanese, as they are more accustomed to speaking Mandarin. Professor Wu commented that it’s not that parents won’t teach their children — it’s that they are unable to because they do not know the language well enough themselves to teach it. Part of this may be attributed to the Mandarin-only policy. As more and more people are moving to the big cities for employment opportunities or education, and using primarily Mandarin in daily life, the situation may get to a point where not enough people speak advanced Taiwanese to preserve it. Even Yu En, who grew up speaking Taiwanese, shared her concern that although she can understand Taiwanese, she is unsure whether she will be able to teach her children someday.

As more people are recognizing the importance of preserving Southern Min languages, the future of Taiwanese looks more optimistic. In Taiwan, elementary schools have begun to integrate Taiwanese into their curriculums. In America, some universities such as Stanford University and the University of Pennsylvania offer classes for students to learn Taiwanese.

Professor Wu has been teaching both Mandarin Chinese and Taiwanese at UPenn since the 1990s. Both her father and grandmother were language teachers back in Taiwan; they inspired her to become a teacher. When asked why she continues to teach Taiwanese, Professor Wu responded, “Because I have a mission…I love to teach. And when I teach my mother tongue, it’s very different.” Professor Wu also shared with me her favorite quote from Nelson Mandela: “If you talk to a man in a language he understands, that goes to his head. If you talk to him in his own language, that goes to his heart.” Such a quote embodies the importance of preserving all languages and the impact learning someone’s native language has on them.

Considering the widespread use of Taiwanese, recent legislation has illustrated Taiwan’s commitment to its linguistic diversity. In 2019, the Development of National Languages Act designated Taiwanese as one of the “national” languages of Taiwan. This act considers all of the national languages in Taiwan equal and supports Taiwanese-language education and media content development. Additionally, people who speak Taiwanese can use Taiwanese for official business and correspondences, and are entitled to interpretation services when visiting government agencies if necessary.

However, the Taiwanese language may have some fierce competition in the coming years. Taiwan’s government has launched the “Bilingual 2030” policy, which aims to make Taiwan more global by providing more resources for students to learn English. This includes “balancing and optimizing bilingual conditions for schools” and “developing digital learning” programs. The Ministry of Education will also be expanding the number of foreign English teachers for elementary and middle schools in the coming years to support these goals. With such an emphasis on English, many may soon forget the importance of preserving an endangered language. “English is getting lots of attention as an international language,” Yu En commented, “Parents want their kids to speak English, so as more time goes on, learning Taiwanese will not be prioritized.”

What may bring people together is the fact that Taiwan is a unique place with a rich culture and linguistic diversity. This combination of factors has the potential to save the Taiwanese language by associating it with a unique Taiwanese identity. Additionally, many are recognizing the advantages of speaking multiple languages. “Looking back at my university experience, I think [speaking Taiwanese] was a bit of an advantage. For example, sometimes I would run into an [older person] who is used to speaking Taiwanese. So if I used Taiwanese to speak with them, the conversation felt more genuine,” Yu En shared with me, “Now I realize that it is pretty amazing that I can speak Taiwanese and others can’t.”