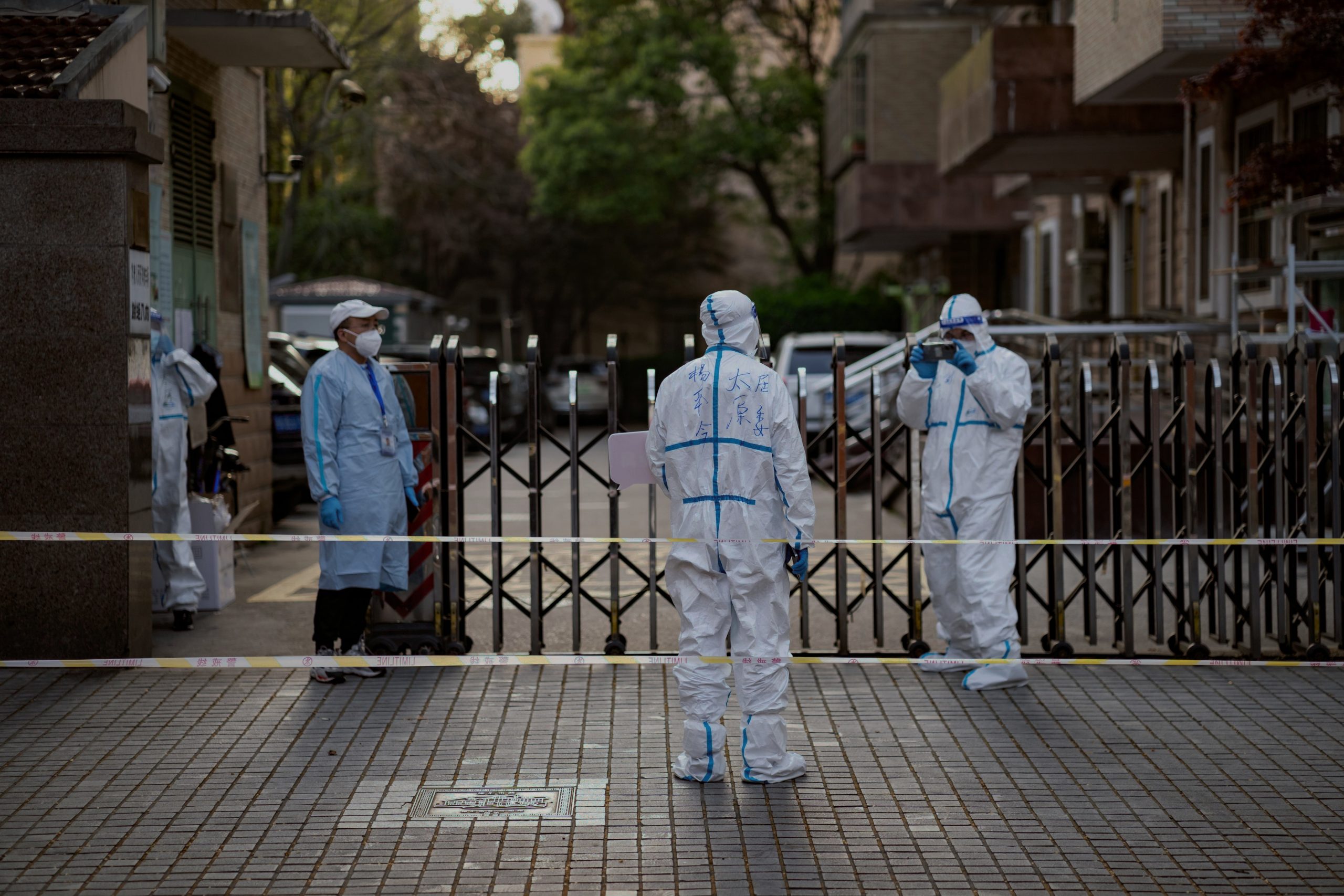 By Gloria GuoNovember 8, 2022 No Comments

For us, the bus crash is just a piece of news that we will probably forget in a few days; For her, it’s a deadly wound inflicted to her own people in her own hometown by her own government.

Located in southwestern China and known as “the best summer resort,” Guiyang is the capital city of Guizhou province and home to over four million residents. On Sept. 18, 2022, 47 people in Guiyang got on a bus to a remote county 155 miles away to be transported to quarantine. Unbeknownst to them, they would lose their lives on what became a fatal bus ride. The bus rolled over on a precipitous stretch of highway at around 2:40 a.m, resulting in 27 deaths and 20 injuries.

Under China’s “zero-COVID policy,” Guiyang was put under lockdown due to a resurgence of COVID-19 cases. On the day before the crash, the mayor of Guiyang announced that people who were exposed to COVID-19 would be transported to other cities because of the impacted quarantine facilities within the city.

The crashed bus was just one of the many buses departing that day. What stood out for this trip, however, was the fact that Article 38 of China’s Code of Safety Management for Road Passenger Transportation Enterprises prohibits long-distance passenger vehicles transit between 2 and 5 a.m. The transfer was a clear breach of law.

This incident immediately sparked fury on Chinese social media over the price of China’s Zero-COVID policy. Born from China’s governmental effort to stop the outbreak in Wuhan three years ago, the policy involves mass testing, travel restrictions, targeted lockdowns, forced isolation and mandatory transfer of civilians to quarantine facilities. The policy has led to economic stagnation, mass hysteria and now the loss of human lives.

Despite Guiyang authority’s narrative on impacted quarantine facilities, the real reason why people were sent somewhere far away from the city was to bring down the number of COVID-afflicted residents in Guiyang. The Chinese government’s fixation on numbers here is ironic: only one person has died from COVID in Guiyang since the beginning of the pandemic, while 27 lives were killed from the abusive, law-breaching policy.

USCT interviewed a Guiyang native who was born and partly raised in Guiyang and later moved to the United States for school. [Our source requested to be anonymous for her family’s protection, as disclosing it might jeopardize her parents’ jobs in the Chinese government.]

“I was so shocked when I first heard about what happened. I know China has strict COVID policies but transporting people at midnight is unimaginable. As a Guiyang native, I couldn’t imagine this happening in my hometown. I was choked by anger and immense grief. Where these people got on the bus was actually pretty close to where my family lives,” our source said.

She continues: “It could be my parents on that bus. It could be any of us. China’s state-owned power is abusing the rule of law. Unless you are privileged with political power or wealth to protect you, you could be a victim too.”

Many people have acted against the aggressive policy and tried not to get on the “death bus” in their own way, an action described as “run (-ing),” the romanization of 润 in Chinese characters. The term originally means “profitable” but is commonly referred to as  “running away from China” by Chinese netizens due to its English meaning.

And for many Chinese netizens, to “run” means to emigrate to other countries. In late March, shortly after Shanghai’s lockdown, the hashtag  “what is run” in Zhihu (China’s largest Q&A platform) alone had more than 8 million views. For that reason, the question “where are you from” is a phrase charged with conflict—ideological and political—for many overseas Chinese residents.

Externally, the Chinese government and its policies, especially surrounding the coronavirus, are the real reasons why these residents left China. Internally, however, China is still considered the “home” for many of these former Chinese residents. It is the country where they can be with their families, speak their own language and practice their own culture: all aspects of their everyday lives that have become negatively affected by the Zero-COVID policy.

Based on this, it is evident that there is a discrepancy between how Chinese residents view China and how the Chinese government sees the nation. Chinese residents, current and former, appear to view China as rooted in more abstract terms: the aforementioned family, language and culture. In contrast with this, the Communist Party has equated “China” to the Party and the government in its constitution. This political labeling is countered by other perspectives, including that of our source, who has chosen to refute a connection with the government’s idea of “China” in favor of identifying with her hometown.

Having witnessed how the Chinese government’s actions contributed to the Guiyang incident, our source said, “I would prefer to call myself from Guiyang instead of from China. My sense of belonging to Guiyang is definitely way stronger than that to China.”

For us, the bus crash is just a piece of news that we will probably forget in a few days; For her, it’s a deadly wound inflicted to her own people in her own hometown by her own government. Currently studying in the United States, free of China’s tight control, she is considered one of those who already “run’ed.”

“I have no intent to go back in the near future. If COVID policies were taken down, I would go back just to visit my family and friends,” she said.

There is a saying that “the winter has come, there’s no end to it; [the choice is] to migrate or to hibernate” (凛冬至，不知期；或冬眠，或迁徙). This poetic saying covers up its uncensored meaning as it applies to the coronavirus situation in China: “Either you migrate to other countries, or keep a low profile and protect yourself under the Zero-COVID policy like how animals hibernate during winter.”

While some people migrated, some chose to hibernate.

In an exclusive interview with an anonymous division-level government official working at the Chinese Center for Disease Control and Prevention in Central China, our source spoke about the  experience carrying out the Zero-COVID policy.

“I wake up at 5 am every day and go to bed after midnight. There are just so many things going on: distribution of human resources for mass testing, locating to transferring people to quarantine facilities, and organizing all the information I have on COVID cases. I am just trying to do what I can do to help with the situation,” our source said. “But what stresses me out the most is the risk of losing my job.”

“A few of my colleagues got fired because of local COVID outbreaks. It’s not even our fault; it’s due to mismanagement from the top. We are just scapegoats used by superiors,” the source continues.

In fact, there has been a pattern of top-down responsibility attribution within the Chinese government. Chinese officials, especially local ones, have strong incentives to avoid blame, especially in the authoritarian and hierarchical context.

To maintain stability, authoritarian regimes like China use censorship to prevent the public from accessing any unfavorable information, which in Guiyang’s case is the actual reason why the 47 passengers needed to be quarantined. When people demanded transparency, upper-level officials equipped with more power couldn’t disclose any information but had to respond to public outrage: they deflected responsibility downward to scapegoats, the lower-level officials. Zhu Gang, Song Chengqiang, and Xiao Lingyun were suspended for inspection after the accident; they were all division-level officials working at local districts in Guiyang, in the same level position as our source.

“As a public servant, sometimes I don’t even know who I am giving service to. I feel like I don’t even belong here,” our source adds.

Despite the clear consequences of China’s zero-COVID policy, an end seems elusive. In fact, China’s health officials just made an announcement that they would “unswervingly” stick to the Zero-COVID policy at a press conference on Saturday.

Joseph Fewsmith, Professor of International Relations and Political Science at Boston University, commented on this ambiguity during his interview with USCT.

“China has been working very hard to develop their own mRNA vaccinations. Apparently, they never want to buy American vaccines because they would somehow reflect Chinese inferiority and lose China’s face. The obvious solution is China coming up with reasonably good vaccination,” Fewsmith said. “China has somehow not vaccinated some of its most vulnerable people in the population. They clearly need to do that.”

As of July 2022, only 61 percent of Chinese people aged 80 and above are fully vaccinated, which largely stems from people’s untrust in the efficacy and safety of domestic vaccines. The vaccination rate of people over 60 has also remained flat at 83% since April 2022. The low vaccination rate for elders may be the reason why China is still strictly adhering to the Zero-COVID policy.

“Xi really does need to worry about finally ending this policy, but then everybody goes out and gets sick, and now you have millions of people dead. That would be a real loss of face,” Fewsmith adds.

China’s future is unclear. Still, this does not change the fact that the massive effects of the zero-COVID policy are felt by those most affected by it. In other words, the policy has unhomed China for its own people.