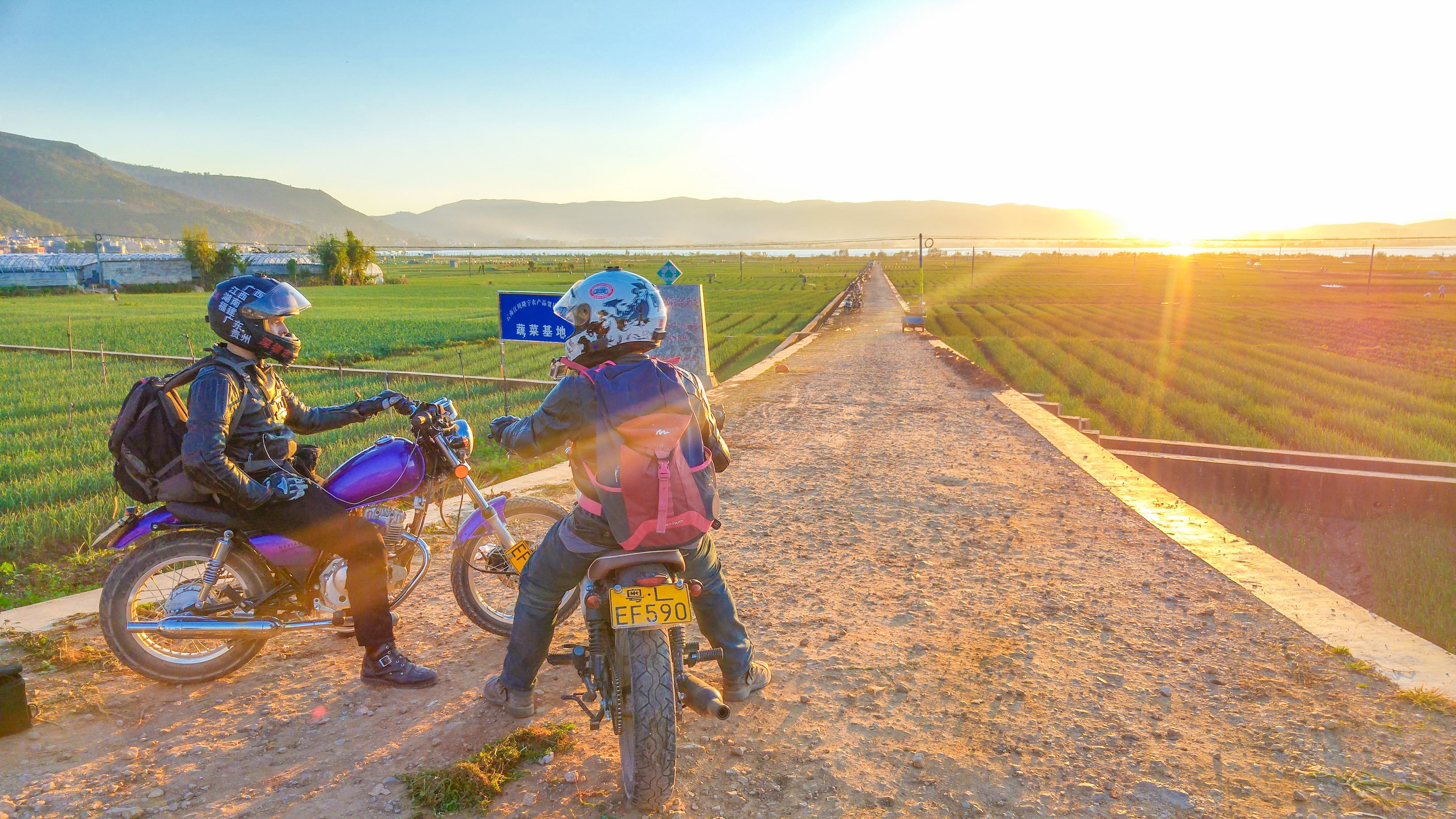 Under the usernames serpentza and laowhy86, Winston Sterzal and Matthew Tye took to Youtube to document their experiences moving to a foreign country with no real plans for return to their respective home countries. In their intimate home-shot videos and their exhilarating motorcycle-bound blogs, the pair comment on the good, the bad, and the ugly parts of a country sensitive about its perception by the West. In this interview, the long-time friends talk about their career beginnings, their lives as creators in China, and dealing with Chinese censorship.

What inspired each of you to leave your hometown and live in China? I know that Winston you decided to move to China after your first business trip there, could you tell me more about why that trip made you want to actually live there?

Winston: “When I visited China for the first time … I really went with an open mind. I didn’t know anything when I arrived there. I saw how vibrant the city was … I walked on the streets, I saw people having fun at night and having barbecues on the side of the road and I saw just an amazing amount of energy … and that’s what made me decide to go home and sell everything … and move to China.

Matthew: As for me, … I found out that you could actually teach English abroad, and I started looking around on the internet for jobs. … So I started applying [to jobs]… and actually a mainland school in Huizhou in Guangdong contacted me and offered me a job … and spontaneously I got off the phone call [and] bought a plane ticket [headed] straight to China.

How long have you lived in China, and if you could sum up your experience in one word, what would it be?

Winston: I have lived in China for 14 years, and that is without leaving. I’ve done a few holidays here and there, but not many … And one word to describe my time in China would be “challenge.”

Matthew: I’ve been in China for 10 years but I lived in a bunch of places. I was in Guangdong. I spent a little bit of time in Taiwan, spent a few years in Inner Mongolia and then moved back to Guangdong when I ended up getting married to my Chinese wife. To sum up my 10 years in China, I would use the word “unexpected”… [China is] definitely not what you read in the news, or in books, or what you learn in school, both positively and negatively. It can be very surprising. 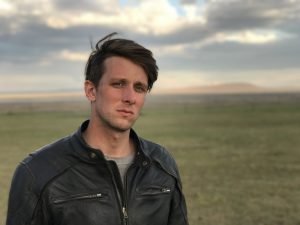 There are a lot of differences between China’s collectivism and the individualist societies of the West. What are some of the major societal differences that you guys have experienced in China?

Winston: You do notice much more of a community feeling in China… And that goes with pretty much every part of society from, sitting on a bus, to buying vegetables in a market, to walking down the street. For me, it’s a positive thing to see a level of community which we are missing in the West.

Matthew: Yeah, I think the double familial aspect really goes into the collective society. They definitely have more responsibility towards each other, which I think brings people pretty close together. And there’s no shame in asking your family members for a favor. That [represents] a huge difference from where I grew up.

Expanding on that, are there any negative aspects of China you would like to talk about?

Winston: People that feel that they can take credit for things other people have done. … You’ll find an individual who has no redeeming values, somebody who’s actually not a very productive, somebody who has no merits, no achievements. But then they will believe they are really great because China has achieved [a] good economy, or has achieved something great … If I say something critical of China, I’ll get attacked by lots of these people who’ve never done anything, [and the] only redeeming factor in their life is the fact that they were born in China.

Matthew: My negative is probably not a negative for Chinese people themselves, but it’s a negative probably for an individualistic Westerner [residing] in China — the whole friendship thing. Winston was talking about how Chinese people get along with each other quite easily. But when it comes down to actual bonds or friendship, I found that ‘guanxi’ or connections, or doing favors for acquaintances, build a social fabric in China that doesn’t really [integrate] Westerners. So I found that the friendships that I’ve had with Chinese people … are mostly about how many people you know, what that person can do for you and what you can do for them, rather than a very deep understanding of each other.

In your videos, you present negative aspects of China such as gender inequality, kidnapping and environmental destruction. While most of them are true, do you think that it’s possible that your audience on Youtube would generalize and only see the negativity?

Matthew: I think that it’s in our nature … to criticize our surroundings when we feel like change needs to happen. We do feel like because of the bias in media in China … we also have a responsibility to be honest with [people]. So if there’s something that we think is an issue — for example, the ghost towns and the ridiculous investment that is destroying a lot of land and driving up real estate costs — we will address that. What we like to believe is that our audience, … will be able to make their own conclusions rather than watching hit media [outlets] like Fox News or CNN or BBC, that will go and make these hit pieces or negative covers. We feel like we are well-rounded enough, because we’ve lived amongst Chinese people in China, that people can actually make their own conclusions from our footage and our opinions.

Winston: … I actually started my videos for one specific reason. I thought that coverage of China in the Western world was very unfair… I wanted to prove to the world that China was not this terrible place that the media is always presenting. What you have is on the Western side, for many years now, a very negative view of China, but on the other hand, in China you have an almost one hundred percent positive view of China. It’s very unbalanced, so I’ve always tried to be neutral and talk about what I experience. I promised … to never lie about anything, never try to make up some stories or trying to exaggerate anything, but only reflect what is happening in my life … The constant attacks against me and my family don’t help me to feel positive, but honestly in the last two years, I would say, China has been closing down. It’s becoming more and more aggressive towards foreigners so the more negative things you see in our videos are actually a result of real world changes in China. 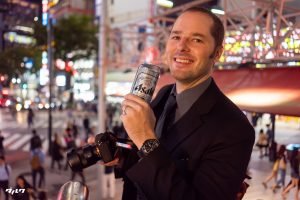 Do you think that life getting worse for foreigners in China has anything to do with the current leader and the government’s new strategy of increasing people’s sense of nationalism?

Matthew: We can’t point direct fingers at like a leadership causing this entire thing. I think the whole rhetoric, the whole push for China to promote nationalism and demonize the rest of the world … has painted a bad picture of foreigners in the country right now. So I can’t say it’s the government’s fault, but it’s definitely a huge culmination of nationalism that’s pushing this rhetoric.

Winston: On the other hand, I would say one hundred percent I think it is because of the change of direction of the leadership in China. You will see that this has happened many times during China’s history. When there are domestic troubles in China, it’s very easy for the leadership … to focus all the negative energy and focus all the problems on the outside world, in order to allow people in China to feel better about themselves. And that’s definitely what’s happening now, because the economy is slowing down and there are troubles. … The government needs someone to blame, and so foreigners are the easiest targets.

Do you think there is a difference between the kind of content created by foreign influencers who upload videos to Chinese websites and the content that you guys create for Western sites like Youtube?

Matthew: Absolutely. I mean you’ll see a lot of forced positivity in [content created by foreigners who upload to Chinese websites]. We support what they do, but … but it’s definitely chasing an audience that is uncapped, because they know what they will be popular for doing. Whereas in the [videos] we’ve done, we haven’t changed our opinions on anything to try to appeal to the Chinese audience. We’re simply just being ourselves…. Some of these guys that just focus on “this is so delicious! Chinese food is the best thing in the world” to get millions and millions of views. It’s quite obvious what they’re going after, [but] that’s just not what we do.

Winston: I think it’s incredibly easy to become popular as a foreigner on Chinese social media if you are just being positive about China. … We know a lot of these people and a lot of them have spoken to us privately to say how they hated so much that they are not allowed to say what they want to say. … It’s very difficult for them to run their channels. They need to have Chinese partners to help them get things set up and monetized.

Since you guys have decided to not sugar-coat your content about China, have you ever experienced backlash for your content whether from Chinese nationals or from the government?

Matthew: Yeah absolutely. I’d say it’s more from these internet troll type people which we tend to ignore. …We do have families, we do care about them, and we don’t particularly like threats from people, but that being said we have run into massive issues. When we are out filming, we’ve been spoken to by police and the government. The good thing is that we do have a lot of friends that support what we do in China who are Chinese nationals, and do agree with us or at least are open to having a conversation. So yeah — backlash, threats, all this kind of stuff we get all the time, but so far the positive reactions that we get from our videos outweigh the negative.

Winston: When I’m traveling, [people I meet] have nothing but positive things to say. A lot of them are very genuine in real life. It’s just that when the current climate in China, to be able to move in publicly supports me is bad because that will just get attacked by these “Wumao” “Jianpanxia”(keyboard warrior). The problem is that there’s a lot of them and they’re very merciless. They’ll attack anybody who tries to support me. So I actually do have a lot of support from real Chinese people who love what I do. It’s just that you don’t see that online.