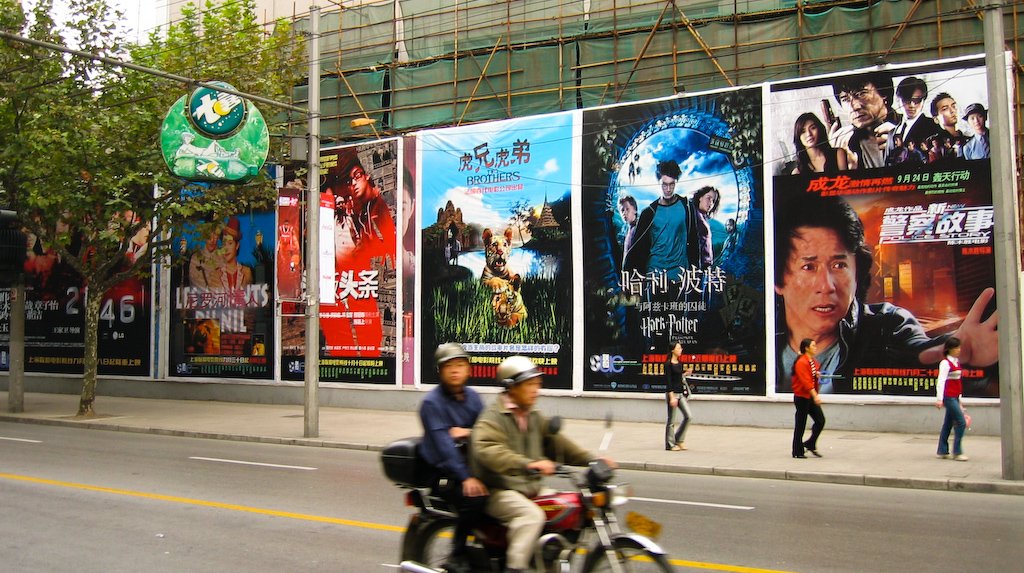 By Minghui WangDecember 7, 2019 No Comments 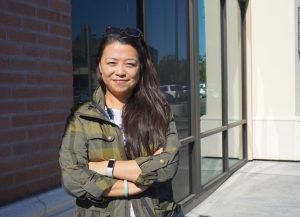 “Filmmakers can only launch a project if they get approval from the film bureau. Lots of films adaptations are expected to comply with state ideology, and the entire film-making process will be monitored,” says Chinese film expert Katherine Chu.

Main melody films were originally created in 1987 by the Chinese film administration to promote socialist ideology to the mass public. Now, production of these films are subsidized by the state, and often depict past Communist Party leaders and Chinese military engagements.

US-China Today spoke Katherine Chu, a political science professor at California State University whose research specializes in cultural policy, nationalism, and the Chinese film industry. The 70th anniversary of the People’s Republic of China (PRC) witnessed the huge success of the main melody anniversary film “My People, My Country” (我和我的祖国). A seven-part anthology drama film that depicts seven memorable moments in Chinese history after 1949, such as the founding ceremony of the PRC and the Beijing Olympics, “My People, My Country” grossed approximately $51.62 million on its second day of screening, illustrating the tremendous success and widespread popularity of main melody films in mainland China.

I would say that the most successful thing the Chinese Communist Party has done is instilling national education in mass population, which aims to integrate patriotism into daily lives. For instance, the National Anthem Bill, which was passed on Jan. 11, 2019 in Hong Kong, turned the national anthem into a very solemn and respected symbol, and prohibited the conduct of falsifying the national anthem as it represents the country. Also, thousands of national museums were built after 1989 to establish the PRC’s own historical discourse.

All these movements served as means of institutionalization, which instilled patriotism and nationalism into people’s daily lives. Supporting Chinese nationalistic films has become a kind of ritual. I can safely assume that no matter what main melody films are released next year, Chinese people will watch it.

From 2011’s “Beginning of the Great Revival” (a main melody film released to celebrate the 90th anniversary of the Communist Party of China) to 2019’s “My People, My Country,” what has evolved in anniversary films in terms of storytelling, production, marketing and distribution?

The film reform has taken place for more than 40 years, and the Chinese film industry, which is controlled by the Party, is very adaptable and receptive. We can see the state machine that monitors, transforms and controls the Chinese film industry. For storytelling, we can still identify a huge difference between different time frames. Chinese films produced in the 1990s shared two themes. The first theme is class struggle, which was more common before and during the Cultural Revolution. Now, Chinese films emphasize more on “China’s [miraculous] growth”, in areas such as national economy, ideology, technology and military strength. The second theme is the inherent ‘anger’ embedded in main melody films. In the past, Chinese film narratives portrayed Chinese nationals as victims and foreigners as invaders. The angry mode is not as prevalent now, because China wishes to transform its former image as a xenophobic country to a more globally friendly actor via the gradually evolving portrayals and themes in nationalist films.

In the realms of production and marketing, they generally copy the Hollywood model. Chinese film companies hired Western companies to co-produce films with Western talents. For distribution, there are more advanced theaters such as IMAX under construction, and currently, China has more than 60,000 cinema screens.

Do you agree with The New York Times’ assertion that “China masters political propaganda for the Instagram Age?”

Of course. I think the propaganda was effective for all Chinese people, including the young generation born in the 1990s. With the goal of reconstructing Chinese film industry, the Chinese government emphasizes more on films. Filmmakers can only launch a project if they get approval from the film bureau. Lots of films adaptations are expected to comply with state ideology, and the entire film-making process will be monitored.

Also, the tone of the propaganda is “soft,” just like the tone Fei Wang (王菲) used when she performed the theme song for “My People, My Country.” The tone was totally different from the previous performer, Guyi Li (李谷一), which fit the time of revolution and class struggle. The first line of the theme song goes, “Me and my country, cannot be separated for a moment.” What surprised me was that Chinese people do not feel uncomfortable about the lyrics of the song at all. It seems that they assume the relationship between individuals and the country to be like this by default. Again, I think the instillation of daily nationalism contribute to such rituals and assumptions.

How do you perceive the relationship between the film industry, society and the state in China?
Each of the cultural industries–including the media, the film, the book publishing and even the e-sports industry–are tightly controlled by the state. The PRC built a high wall to ‘enclose’ its citizens, where Chinese nationals are satisfied with their ‘colorful’ cultural lives. I would like to use the analogy of a “cage.” The cage is large, given the fact that China has the second-largest GDP in the world. People are happy about the fact that they have enough space to develop and feel no need to leave. The analogy of a “cage” also reflects the fact that the space is not sealed, which implies that some people are given chances to see the outside world from the gaps, but they have to or choose to still be inside. With the presence of this cage, I don’t think it is fair to depict a promising picture for the Chinese film industry. Creativity is the key element in this industry; however, thoughts are restrained when there are tangible limitations. The presence of state power also aggravate the unpredictability of Chinese film market.

What obstacles stand in the way of bringing Hollywood movies to Chinese audiences? (Example: Quentin Tarantino’s controversial portrayal of Bruce Lee in “Once Upon a Time in Hollywood” threatened the film’s Chinese release.) The most obvious obstacle is cultural differences. Tarantino’s films are so American that they can only appeal to niche markets in China. I don’t think his jokes can resonate with Chinese audience. “Crazy Rich Asians” faced the same failure, which had poor box office performance in Asia. Asians perceive it as an American story while Americans position it in [an] Asian context.

All in all, Chinese audiences show no interest in Western films that are demanding in terms of Western cultural knowledge. I believe that the most popular American films are still what Martin Scorsese referred to as “franchise pictures” like Marvel movies. The story-line of these films are simple, but audiences are attracted by CGI and wonders alike. To be honest, foreign films with sophisticated and thought-provoking stories are usually censored in China due to the quota of film importation.

What do you think about the fact that some U.S. films are edited just for presentation in China (e.g. “Once Upon a Time in Hollywood”)?

China has a large film market with a population of 1.4 billion. Hollywood can either give up this market or adapt to it and make money, and no commercial film companies are willing to lose millions of dollars. Recent years have witnessed more Hollywood films with Chinese characters and more stories set in Chinese context. Chinese characters are not expected to be villains and the heroes in the films are not expected to be specified as American. Filmmakers are fine with these adaptations because they have no impact on storytelling. The practice of scriptwriting has been changed with the influence of Chinese propaganda.

I also feel strange about the fact that “Once Upon a Time in Hollywood” was censored in China for the reason that Bruce Lee’s daughter, Shannon Lee, initiated a complaint to the The National Radio and Television Administration (NRTA) about the distorted image of her father in the film. I mean, Bruce Lee was never depicted as a national hero in the public discourse. After all, he was born in America and was raised in Hong Kong. I doubt that the censorship was due to murder plot and the anti-institution elements in the film.

In 1990s, Chinese scholars consider the importation of foreign films as “the exploitation of transnational capital over the local film industry.” Twenty years later, is importation of Hollywood movies still “intrusion of wolves?” (as stated in 1995 by Jinhua Dai (戴锦华), a Chinese cultural critic and professor at Peking University.

My argument remains to be that the importation of Western films did not really destroy the Chinese film industry. On the contrary, by entering the Chinese market, Hollywood films, technology and talents strengthened the control of the state over the domestic film industry. Take Wolf Warrior, which was a hit main melody film in 2017, as an example. Although the actors were Chinese, the movie was funded by Chinese companies, and the movie was about nationalism, foreign companies were hired at that time to help with the scriptwriting, action designing and editing. In terms of the state’s control, the government can utilize the importation of Western films to strengthen its authority. In terms of industry development, however, many scholars are skeptical about the impact of importation. Professor Jinhua Dai argued in her works that the importation of Western films, combined with the logic of capitalism, flattened the Chinese film industry, making it blindly market-oriented, sacrificing the artistic value an artwork should cherish and demonstrate.

The government also considers films as cultural products. According to the head of Chinese Film Administration (CFA), China aims to produce 100 films annually by 2035, with each of them grossing over $14 million (100 million yuan) in the box office. It is easy to tell that the government does not value artistic merit. Under the pressure imposed by both state and market power, filmmakers have no choice but to follow two paths. The first one is to make films that comply with ideology. The second one is put more emphasis on commercial value.

I find it difficult to tell, given the fact that the exportation rate of Chinese films is low. Although China has bought AMC theaters here in the US and some of these theaters put Chinese films on screen regularly, the box office performance remains poor. Overall, the Chinese film industry lacks the ability to penetrate the US market. The most prominent reason is that Chinese films have an immense domestic market, which is large enough for filmmakers to make profits.

From a global perspective, I suppose the international film industry will be divided into three large sections in the near future. The first one is Bollywood, the second is China and the third one is the entire Western film world with Hollywood as its center. However, while Hollywood films are highly globalized, Bollywood and Chinese film industries will still remain localized in the long term. It is also worth noting that in addition to the main melody films and commercial films we discussed today, there are still some Chinese film talents out there pursuing the artistic value and what they believe in.