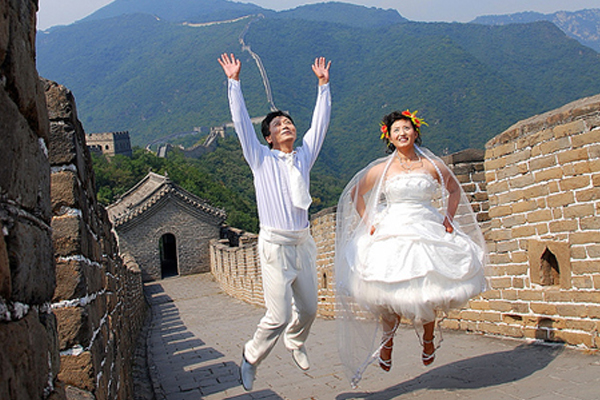 Divorce rates have been steadily rising as a result of societal changes and new bureaucractic practices in China.

Getting divorced in China used to be a long and messy business. That’s no longer the case. While divorce still carries some stigma and often great emotional pain, the bureaucratic part of it has been greatly streamlined. In just 20 minutes with 10 yuan (less than US$1.50) and two signatures, a Chinese couples can now sometimes untie the knot just as fast as it is to tie it in the first place.

The divorce rate in China rose 20% from 2006 to 2007, and is still rising. Though the Chinese rate still trails the U.S. rate by a large margin, the change is rocking China, especially in urban areas. Most attribute the rise to a loosening of divorce procedures in 2001 and 2003.

“Before the new law, a couple had to have a letter of reference from an employer or supervisor as part of the procedure, and even after all the paperwork, an uncontested divorce still took a month to process,” said Xu Anqi, a sociologist at the Shanghai Academy of Social Sciences, speaking through a translator. “But now, when they go to the Civil Affairs Bureau, they can get the [divorce] certificate immediately.”

In 2001, the 21st Conference of the Standing Committee of the 9th National People’s Congress adjusted the grounds for divorce to include extramarital affairs, domestic abuse and any “other circumstances leading to failure to maintain a loving relationship.” Previously, none of these concerns were included in the law, yet medical conditions such as leprosy were considered acceptable grounds for divorce.

The divorce process itself changed in 2003. Uncontested divorces could be settled in a matter of minutes and without the permission of an employer or community committee.

It is no coincidence then that in recent years, the divorce rate in China has increased drastically. In 2002, a year after the law was first changed, the divorce rate rose to 1.8 divorcees per thousand people, according to the Ministry of Civil Affairs. By 2006, the number reached 2.6.

In fact, in 2006 the National Bureau of Statistics changed its calculation method for the divorce rate, which now gives the percentage of divorces per one thousand people rather than divorcees per thousand. This new method essentially halves the divorce rate, and as a result, the official rate for 2006 was 1.3. In addition, these figures do not include court-sanctioned divorces, also artificially lowering the official rate. The new method puts a more comfortable distance between China’s divorce rate and the U.S. current rate of 3.6.

But the laws alone are not responsible for the rising divorce rate. Rapid cultural changes have encouraged new standards for married life in China as well. In fact, the new laws can be considered a response to the changing social climate.

“There’s just a lot more emphasis on personal satisfaction,” said John Pomfret, former Beijing bureau chief for the Washington Post and the author of Chinese Lessons: Five Classmates and the Story of the New China. “In the ’80s, there was a real sense of and desire for romantic love, but now that’s been limited, and there’s a lot more of what the Chinese people will call ‘practical views.'”

Not only do women have higher expectations of married life, many feel a sense of autonomy, leading to a trend of what Pomfret calls a “late-marriage movement.”

“Sex and the City was actually an enormously influential program in China’s big cities among working, well-educated women,” Pomfret said. “In Shanghai, there’s a late-marriage movement that’s not government-backed; it’s just that a lot of Shanghainese women don’t want to get married, and they’re happy being single, and they do well economically so they don’t need men.”

The law actually encourages late marriage – women over 25 years old and men over 23 who are marrying for the first time receive an extra week for their 3-day marriage leave.

Indeed, it seems that marrying late is becoming the norm. The Chinese Academy for Social Sciences noted that in 2006, the average marrying age rose to 28.2 years old for men, and 26.1 for women.

These new ideals have even appeared on mainstream television, such as on the popular Chinese television show “Chinese-Style Divorce,” devoted entirely to the subject. The sitcom, which ran for 23 episodes in 2004 and still plays on reruns, features three struggling couples. The show and the novel were both instant hits in China. The bestselling book of the same name sold over 100,000 copies in its first print run.

Such conceptions, often drawn from Western influences, are becoming ingrained in the Chinese culture much faster than in other areas of the world.

“Chinese society is changing extremely rapidly,” Pomfret said. “They’ve really compressed 150 years of our [American] social changes in about two decades. I think it’s only going to get more modern.”

But these changes are to be expected, said Wang Zhenyu, a researcher at the Chinese Academy of the Social Sciences in an interview with the China Daily.

“It’s natural that people’s conceptions of love, marriage and happiness are evolving while their culture is undergoing drastic change and society becomes more open,” she said, speaking through a translator.

But these new social expectations do not necessarily lead directly to divorce. Though the divorce rate is rising, there is also an increasing number of couples seeking help. For this, they can go to a “marriage hospital” such as one of the many owned by the Weiqing Company.

“The first ‘marriage hospital’ was founded in March 2004, and was the first hospital of its kind focusing on marriage problems, reported by nearly every national newspaper,” said Shu Xin, the manager of the Weiqing Company, speaking through a translator.

The company is based in Shanghai with over 30 branches all over China, and has plans to expand further. Each “hospital” provides services including counseling, legal services and even private investigators. Though some of these services can cost up to 5,000 yuan (just over $700US), over a month’s salary for the average urban Chinese worker, the hospitals have no shortage of “patients.” Shu said

Shu said the number of hospital clients doubled to 14 thousand last year from seven thousand in 2006. Such numbers suggest that despite the rising divorce rate, many couples aren’t ready to give up without attempting to work through their problems first.

But while Shu is optimistic, he also echoes Pomfret’s sentiments on the new generation.

“There is a new trend among those born in and after the 1980s,” he said. “They get married and divorced like lightning. They believe that divorce can give them a new life or that the next marriage might be better. They’re pursuing a high standard.”

Despite the fact that society is becoming more open and permissive of divorce, considerable social stigma remains. But the backlash is not as obvious as one might think, Pomfret noted.

“[Divorce] is still stigmatized, but when you go out in public, you don’t go out with your wife or husband,” Pomfret said. “So a Chinese businesswoman will go out alone, and her husband will go out alone to their events at night. So the couple as a unit is not a huge problem. You’re always signaling that you’re single when you’re out in China. So there’s no one saying, ‘Hey, where’s your wife?’ because you never brought her along before.”

“I think that Chinese society is creating a new world for itself,” Pomfret said. “It’s completely broken with tradition, and in many ways, it’s more freewheeling than [American society].”

“I think those trends are only set to continue,” he said.

Joan Chen is a former Chinese journalist now living in the United States. Chelsea Mason is a Master’s candidate in the East Studies program at the University of Southern California.