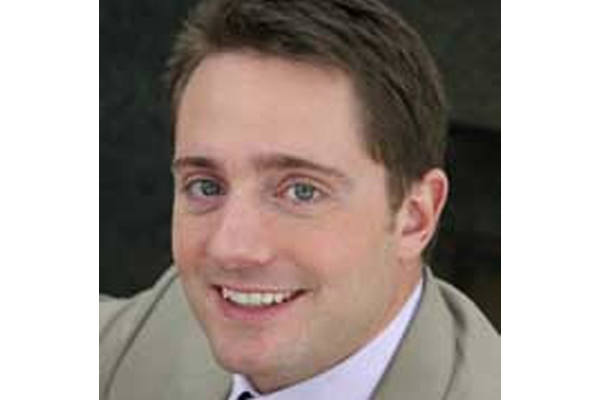 Shanghai-based author and consultant Carson Block reflects on the difficulties he faces in the Chinese business world.

Chinese businesspeople consistently ensure negotiations are lengthy and painful for the other side. As I sat enveloped in cigarette smoke during the fortieth or so hour of negotiations over a small property lease, I asked myself how I could bring the negotiations to a close. We were at our bottom line, but the Chinese side did not believe us. The only way I could think to convince them that we had no more room to give was to set myself on fire. I wasn’t even sure this tactic would work.

The discussion seemed straightforward at the outset. The landlord wanted us; we wanted the property. Before beginning discussions, the landlord gave us the lease price. The asking price was within our budget, albeit near the top. The landlord then quickly agreed to a checklist of unusual items that were important to us. At that point, my team and I actually thought that we might be able to sign the lease the same day, or the next morning at the latest.

Such optimistic assumptions die quickly in China negotiations. Once we thought we had agreed to the lease price, the landlord told us that there were additional services for which we would have to pay. The landlord also presented a size calculation of the facility that was much larger than it should have been. (In China, the convention is to pay for the “construction size”, which is usually about 25% larger than the interior gross floor area (GFA). In our case, the landlord was attempting to use a construction size that was 45% larger than the GFA.)  We were immediately outside of our budget. This was all just part of the usual game endured in China. Westerners find the game exasperating, Chinese seem to think it is necessary.

This preoccupation with face means that most Chinese negotiators must avoid being seen as having made a mistake in their deal with you. “Face” is similar to honor. One can lose face (among other ways) by being taken advantage of. This is particularly true if the “winning” party is non-Chinese. Chinese businesspeople are extremely sensitive to issues of face. Losing face in front of their subordinates invites challenges, theft, and defections. Losing face among peers will lead to ridicule.

The problem is that Chinese are generally more worried about not losing face than about gaining it by entering into a potentially lucrative arrangement.

The lack of sophistication of many Chinese in business strategy compounds the face issue. Most received training in the teachings of Marx, Lenin, Mao, and and Deng. Although bookstore shelves groan with books introducing economics and business principles, many businesspeople haven’t mastered basic concepts, let alone the need to keep the bigger picture in mind.

The statement that Chinese businesspeople are often not focused on the bigger picture may strike some as strange. In the West, we often hear and read that Chinese are masters of the long-term view. This may be true in foreign policy, but it is increasingly less true in business. So much money has been made in so little time in China, that patience is not the most commonly-held virtue among businesspeople there. Chinese who have made money quickly expect to continue doing so, Chinese who have not yet made money are benchmarking themselves against their wealthy peers – and they feel behind the curve. You will still hear a lot of lip service paid to “long-term benefits”, but you should take it with a grain of salt.

What the Chinese do understand is price. Any trip to the markets in China will reinforce this point – even wealthy Chinese will haggle endlessly over the price of an item as mundane as a yam. If you attempt to give the Chinese side strategic benefits in return for price concessions, do not be surprised when they reject the offer.

In negotiations, a foreign businessperson must expect that the Chinese side is usually unable  to understand (or is simply not interested in understanding) the economics of your business, and thus what you are able to pay or receive. Very few Chinese businesspeople know how to use spreadsheets or other analytical tools to assess another business’ finances. Because they cannot accurately determine where your bottom line is, they need to find another way. Attrition is the primary tool.

Even if the boss on the other side does understand the strategic benefits, and can figure out what your bottom line probably is, his subordinates and peers cannot. As a result, this decision maker still needs to maintain face, often by making a show of flogging the best price out of you.

The need to receive the best possible price is exacerbated by the “zero sum” business mentality that is prevalent in China. Many Chinese made money (and often a lot of money) manufacturing highly commoditized products. In order to be successful, the manufacturer had to wring concessions out of suppliers and customers. For the manufacturer to make a yuan, somebody had to lose a yuan. To people versed in this way of doing business, the concept of adding value, i.e., that one plus one can equal three, does not exist. People who come from the zero sum school of business may mistakenly assume that if you make a profit, it comes at their own expense. Any negotiation with them will be more arduous.

Face requires that Chinese businesspeople demonstrate that they wore you down in negotiations. The Chinese side will usually focus on pricing. Those who have zero sum mentalities will play this game for a particularly long time. Therefore, do not schedule a trip to China thinking that you need only a few days for negotiations – be prepared to talk for a long time. Also know that no matter how you try to sweeten the pot, price will almost always be the issue. The Chinese side will not relent until they are comfortable you have reached your bottom line.

Carson Block is a USC graduate (B.S. Business Administration 1998) and is now a Shanghai-based author and consultant. He is co-author of Doing Business in China for Dummies (Wiley, 2007), and is the founder of ChinaPrimer.com (www.chinaprimer.com). He can be reached at carson@chinaprimer.com.