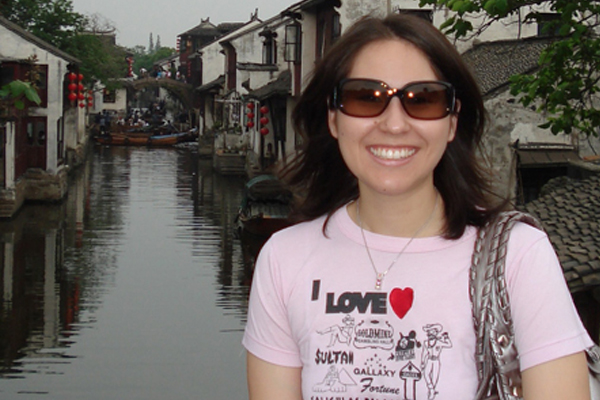 Commentary: Toward a Fuller Understanding of Business Risks in China

Business consultant Alison Carroll writes on the potential risks of investment in China, stating that in China’s business world, things are not always what they seem.

The U.S. sub-prime fallout is widespread.  The American economic slowdown is further accelerating interest in China as an investment destination and Chinese financial institutions, along with those in the Persian Gulf and a few other places, are now among the few with large enough liquid resources to facilitate big deals.

It’s easy to see the global impact of the sub-prime credit meltdown The U.S. dollar has already fallen substantially in the last 6 months, and many analysts project another 10-15% decline in value by the end of 2008. Many believe a recession is taking shape with tighter consumer spending. Global markets are volatile, with rising inflation in emerging markets and increasing raw material costs everywhere. Companies and those who make their living negotiating deals are turning to China, and with good reason. The investment climate appears less treacherous there and the renminbi (RMB) is gaining against the U.S. dollar. An April International Monetary Fund report noted that while risks to financial stability remain elevated worldwide, emerging market economies have been resilient. Chinese firms are also taking advantage of stronger balance sheets to pursue cross-border acquisitions and investment. In global financial circles the current word is, “It’s Shanghai, Dubai, Mumbai, or goodbye.”

However, those who are contemplating investments in China or forging alliances with partners should proceed with caution: the risk potential there is especially high. Managing risk is essential in China, where the business environment is dynamic and challenging due to lax or nonexistent regulatory controls, under-the-radar government affiliations, poor transparency and record-keeping, and cultural misunderstandings. Cases in which multinationals are victimized by fraud, counterfeiting, intellectual property theft, money laundering are increasing. And the media is full of cautionary tales of US-based multinationals receiving flack from shareholders and consumers when their suppliers or partners fail to meet expectations.

A recent example splashed across headlines is of tainted Heparin from China, an active ingredient in a blood-thinning drug, which has been linked to 11 deaths and dozens of allergic reactions from American consumers who took the drug.

Raw heparin, a pig-intestine derivative that undergoes several purification steps, was exported through a China supply-chain which ended under the label of US-based distributor, Baxter Pharmaceutical. Baxter got its heparin from Wisconsin-based Scientific Protein Laboratories LLC, which obtained heparin from a number of local Chinese producers (through Scientific Protein Laboratories China joint venture).

Within the last few weeks, U.S. Food and Drug Administration (FDA) investigators have stated that the contamination appears to be an intentional criminal act and not accidental. The contaminant was identified as a sulfate compound that strikingly mimics properties of raw heparin, but can be produced at 1% of the cost of the true product.

The contamination was never detected by the FDA or Chinese drug regulators before it hit consumer shelves. The FDA has made media statements that it bears the responsibility to perform tests on the final drug, but not necessarily the drug ingredients, which rests with the manufacturer. The agency did admit, however, that Scientific Protein’s local China facility was not inspected by FDA regulators because it was mistaken about the Chinese company name. Embattled since the scandal broke,  the FDA asked for a $275 million budget increase in order to expand capabilities and resources in foreign companies. And the tainted drug slipped under the nose of Chinese regulators because the Chinese joint venture was registered with local authorities as a chemical company, which Chinese regulators do not hold to the same safety and certification standards as pharmaceutical companies.

So who should be blamed here? How could this have been prevented? Certainly, the answer is not clear-cut. The bottom-line seems to be the local Chinese manufacturers substituted the cheap – and deadly – sufate compound for the heparin, many people were killed, and an American firm’s reputation badly if not irreparably damaged.

Each of the companies in this chain should have been more vigilant in their overall knowledge and evaluations of suppliers . This kind of criminal, those usually not lethal, profiteering is too common in China. Firms and their directors must be on guard for red flags of wrongdoing. Investigative risk assessments can help with this by tracing supply chains, looking at the business practices of suppliers, and finding out whether the principals involved have any criminal or litigation records. Such basic risk management assessments can uncover problems before entering into relationships or before they escalate. This heparin case  serves as a reminder  the more thorough the due diligence and investigation a company undertakes in China, the better. The potential stakes are high: damaged reputations, profit losses, lower corporate shares, and lawsuits.

Recent China-manufacturing scandals involving tainted toothpaste, pet food, and toys further illustrate this point. The US-based companies who put dangerous toothpaste and lethal pet food on consumer shelves are battling litigation suits filed at home, and Mattel’s discovery lead paint-driven toy recalls last summer not only damaged the company’s high-level integrity, but as the largest toy recall in the company’s history was a logistical nightmare and a huge financial cost. Last month Wal-Mart found that many toys stocked on its shelves had unsafe levels of toxins.

As an analyst for an Asia-based risk-intelligence firm, I have helped uncover derogatory information about a Chinese entities that kept clients from pursuing deals and may have saved them from making unwelcome headlines.

In doing this, I have found that a major difficulty that US and multinational firms grapple with is the lack of transparent, comprehensive, or open-source informational databases about Chinese firms. Many records, including corporate records, property records, credit histories, bankruptcy files, civil records, and others are not stored, catalogued or indexed in one or even several centralized databases. Though power in China is centralized, the administrative structure is vast. Information about companies is scattered in provincial, municipal, and local and sectoral offices. This makes understanding corporate histories difficult, but necessary because many private Chinese companies were former state-owned enterprises (SOEs). Understanding the forces driving the metamorphosis from SOE to limited-liability company (LLC) is critical in ruling out anything illicit involved in the process. Even Chinese companies that are publicly-listed are not necessarily risk-free. Close interplay between local businesses and local government officials is a common feature of how corporations “run” in China and it is common to find unusual company development through relationship-building with local officials. Such affiliations may involve bribery, preferential tax benefits, land policies, and illicit cooperation. Financial and legal due diligence do not uncover such risks.

Research often uncovers ownership and shareholders that are not what they appear to be. Chinese companies are often registered in Hong Kong with primary shareholders being British Virgin Islands, Cayman Islands, and Bermuda registered entities. Senior analysts say that the motivation for such structures could be tax evasion or to retain foreign exchange earnings abroad to offset the inconvertibility of China’s renminbi . Additionally the Caribbean islands mentioned are tax havens where there is little scrutiny into potential conflicts of interest such as allegations of corruption by government and SOE officials. Offshore business entities in China, even ones which are operated by Chinese, are also entitled to an array of national, provincial and municipal investment and tax incentives. In fact much of the foreign direct investment (FDI) coming into China comes from these entities and is in reality recycled Chinese corporate earnings. Determining true ownership and shareholding is not easy, but is not impossible..

Searching for litigation and criminal records of Chinese corporations and leading shareholders is also troublesome because of the limitations of China’s legal infrastructure. A number of cases are classified as infamously vague “state secrets,” and can only be accessed by officials above a certain particular rank. There is no centralized database for litigation records in China other than the sensitive Ministry of Public Security database which is not available for public use. Beyond this there is no comprehensive official or unofficial case law reporting system.

In recent years, however, the rise of the Internet, growing “netizen” activism, and increasing transparency following China’s ascension to the World Trade Organization  has made more legal information available than ever before. Today, there are over 2,400 government information web sites. Among these are nearly 100 court and procuratorate web sites. In addition, risk managers can access legal subscription services and other databases.

Corporations and directors involved with China must take it upon themselves to shoulder responsibility for investments and professional relationships they undertake. The risk factors and complications that arise in an increasingly competitive global economy are high and corporate assets such as products, trademarks, and brand reputations are fair game. A 2008 Ernst and Young strategic business forecast  cited regulatory and compliance risks as one of the greatest challenges facing leading global businesses. The scary part is that one misstep or misjudgment can cost a company its livelihood. So what are accepted best practices to managing such risk in China?

Approach risk management as a way to improve business performance and create added value. At a minimum, educating and building a culture of awareness within all departments is a major step in the right direction. Become familiarized with a Chinese firm, its history, and its operators before entering into a business relationship. Examine the localities. This is where loopholes and opportunism where government accountability and enforcement is less scrutinized and information and corrupt practices can be more easily hidden and twisted through bribery, manipulation, and illicit cooperation. Pursuing a reputation inquiry within a firm’s territory, including seeking comments from individuals in relevant sectors, can be an extremely valuable source of information. within business practices, relationships with local officials and regulators such as environmental agencies, its reputation among the community, among competitors, and relationships with suppliers.

While it may seem self-serving for a risk analyst to point this out, it is important to utilize the experience and expertise of specialists. Instilling in-house compliance departments or regularly utilizing risk intelligence advisors is a way to create a database of knowledge of risk trends and monitor emerging threats. Among the information such specialists can screen for are past criminal history, negative media reports, possible terrorist links, and bankruptcy. In China, it should also include current or past links to government leaders, business practices, corporate origins, sources of capital and reputation information within relevant business, community, government, and finance sectors.

Having a fuller sense of your partners in China is a vital and long term strategic advantage. Risk assessment may be less pleasant than adhering to the banqueting norms associated with doing business in China, but it is no less essential.

Alison Carroll is a Senior Project Director for Pacific Strategies & Assessments, an Asia-based business risk consultancy. Currently based in Shanghai, Alison has previously written for AsiaMedia. She earned a bachelor’s degree at the University of California, Los Angeles and also studied at Peking University. She can be reached at alison.carroll@psagroup.com.