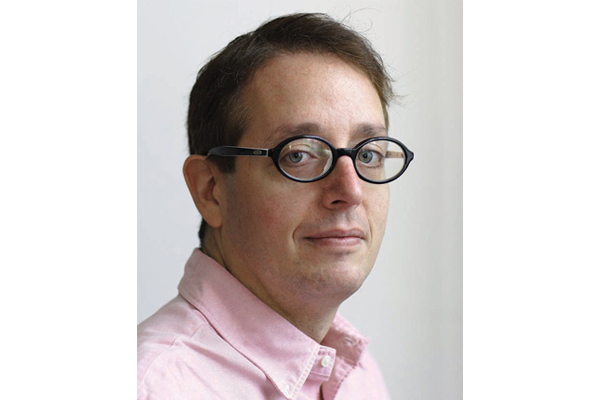 Political scientist Daniel Bell discusses what moves Chinese students and where they look to for answers.

Last June I was asked by a Canadian television crew to get hold of some students for a special on modern China. For the last four years, I have been teaching political theory at Tsinghua University. I sent an e-mail message to a few of my students, and they kindly agreed to be interviewed. We met at the All Sages Café — also perhaps the best Chinese-language bookstore for academic material, where I usually bring my visiting academic friends to show them that their books have been translated into Chinese, before noting how few Chinese works are translated into English.

The producer asked for some shots of our typical seminar discussion, and we sat in a circle. We were encouraged to talk among ourselves in Chinese, as we would normally do. I was asked to hold the menu to make it look like I was consulting lecture notes, which generated a few laughs. The setting was somewhat artificial — we had to stop midway so the crew could change the tape, and they could film only half the group at a time. But we still had a lively discussion.

I came up with an Olympic theme that, I hoped, would generate some controversy. Just outside Tsinghua’s northeast gate, there is a dog-meat restaurant, with the character for “dog” prominently displayed. Many East Asian people enjoy eating dog meat, which is supposed to be both tasty and invigorating, especially during the winter months. But the Korean government had banned dog meat during the 1988 Olympics to not offend Western visitors, and I asked if the Chinese government should do the same during the Beijing Olympics.

To my surprise — and part of what makes it a pleasure to be here is that I’m constantly surprised — most of the students said no. Why should the government pander to Western sensibilities? As my master’s student Zeng Xueling put it, “How about pork for Muslims and beef for Hindus? It seems unfair to those people if we only ban dog meat.” Chen Mengji, an undergraduate, noted that canine-based cuisine is an important part of northeastern Chinese culture; visitors from those parts would be unfairly deprived. Then, too, some restaurants need to sell dog meat to survive.

Only one student argued for the ban: my doctoral student Wu Yun. But her views were shaped by a general aversion to meat eating: She recognizes the virtues of vegetarianism, but she can’t adhere to it herself (it’s much harder to be a vegetarian in societies like China and France that have long, rich, and meaty culinary histories). She did provide a reason to ban dog meat, in particular. “Dogs are very special animals who have been human beings’ loyal friends since antique times,” she said. “How can people devour dog meat without a slight feeling of guilt?”

The subsequent discussion in English with the television crew covered the usual themes of democracy, human rights, and economic modernization in China. The interviewer, Joe Schlesinger, perhaps Canada’s most distinguished television journalist, hadn’t been to China since the Cultural Revolution, and he was doing a Rip Van Winkle story about the country that is undergoing one of the most rapid and thorough social transformations in the history of mankind.

Part of that transformation includes renewed pride in the country’s own heritage and a desire to stand up for it in the face of foreign challenges. It has been said that China’s students can be more nationalistic than their own government, and our discussion lent some credibility to that view. Shortly after the meeting, the government announced that it was banning “canine-based cuisine” during the Olympics. A student sent me an e-mail message protesting that such decisions should be subject to more public discussion.

What’s wrong with a bit of national pride? Students no longer blindly follow Western political ideals or engage in a totalizing critique of their own heritage, as Chinese Marxists and liberals tended to do in the 20th century. Yes, that might lead to problems. Nationalism can take ugly forms, as when “patriots” purge dissenting views and call for hatred of the enemy. But my own students don’t think that way: They are thoughtful and informed.

Westerners are baffled by the seeming lack of passion for Western democracy that they find among China’s youth, but there may be good reasons for student skepticism. In 1989 Chinese students had an idealized view of democracy that was shaped by their lack of experience with it, hence democracy could represent their wildest fantasies. That is not to imply that today’s students defend the government’s actions on June 4, 1989: I’ve yet to meet a single one who says it was right to shoot peaceful protesters at Tiananmen Square.

But now that many students go abroad and that world news is more widely available in China — the Internet is less constrained than the published news media, and international news is less propagandist than national news — educated people in China tend to have informed views of the pros and cons of democracy. For one thing, the invasion of Iraq has discredited the democratic model in the eyes of many educated Chinese.

Students are more aware of the complexity of China’s problems and no longer think that there is one catch-all solution. Those in my classes have diverse ideals. One is passionate about gay and lesbian rights. Another is worried about global warming. An engineering student aims to build more-secure structures. One of my law students worries about the rights of criminal defendants. Others are concerned about migrant workers and minority rights. Some of the problems require local solutions, and others more-global outlooks, but nobody believes that democratic elections for the country’s leaders can cure all those problems. It is not just the government that balks at the prospects of turning over the levers of the Chinese state to 800 million rural residents with primary-school educations.

Perhaps most puzzling is that students with experience abroad tend to be the most “nationalistic.” What often happens is that they react negatively to mistaken conceptions of contemporary China, such as the view that there is totalitarian control of intellectual discourse. The same students who are the most critical at home often become defensive when ill-informed foreigners start to bash their country. When they defend China’s achievements, they are accused of being apologists for the government, which often produces more defensiveness.

Some of my students become “nationalistic” in the sense of being committed to learning more about Chinese culture and philosophy: They really confront the need to think about their roots only when they clash with another culture. That is not to say that students entirely reject Western influence; of course many still hope to go abroad and learn about the West. But today Chinese students commonly believe that any stable and legitimate political arrangement needs to be founded, at least partly, on political ideals from their own tradition. Such views help to explain the recent surge of interest in Confucian values such as meritocracy, harmony, and civility.

Beijing has been almost completely transformed since the totalitarian days of the Cultural Revolution. In fact, Tiananmen Square and its surrounding buildings are the only part of Beijing that has remained frozen in time. Perhaps there will be more student-led demonstrations in Tiananmen Square, but the galvanizing symbol is more likely to be a statue of Confucius than the Statue of Liberty.

Daniel A. Bell is a professor of political theory at Tsinghua University in Beijing. His most recent book is China’s New Confucianism: Politics and Everyday Life in a Changing Society (Princeton University Press, 2008).

This essay originally appeared in The Chronicle of Higher Education on August 8, 2008 and is reprinted here with permission.