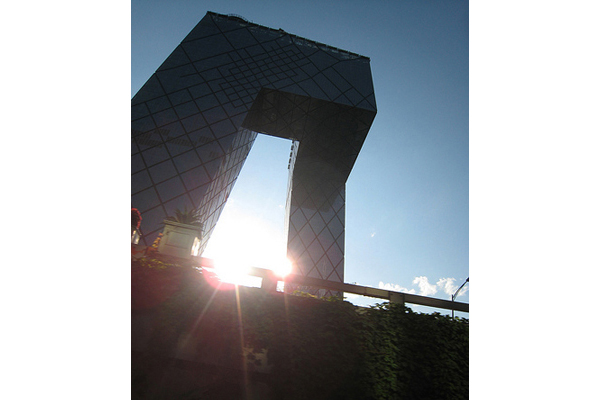 Mr. Milk is in a bind. The Milk Ambassador by his side, the demanding crowd looks on, unable to sit still in their chairs. He goes with the only thing he knows to lighten the mood – a chugging contest.

Yes, the children of Shen Yu Sui Elementary School are a tough crowd. Having never tasted the bone-building drink, Mr. Milk and his hundreds of niunai boxes are a hard sell – even before the current fear about melamine contamination.  His predicament, however, is exactly as it should be. After all, the game show Win in China!isn’t for mere peddlers.  It’s a battleground for businessman – just like its American counterpart, NBC’s The Apprentice.

The popularity of American television programs is having a profound effect on China’s entertainment industry. While actual American shows have yet to hit Chinese airwaves, television stations have chosen to adapt some of the U.S.’s most iconic series and remake them into uniquely Chinese versions. Win in China! airs on China Central Television (CCTV) – China’s principal state-owned television station.

Fueled by illegal internet download sites and file-sharing programs, a sizable fan base of Chinese viewers has developed around numerous American shows. Pirated DVDs – also popular among American travelers in China – have also played a critical role in establishing audiences. The shows, however, have not been allowed to air on national television because government censors consider most too violent or sexual for Chinese audiences. CCTV prefers to show its own programming, something more tailored to Chinese government sensibilities.

Provincial government stations, on the other hand, are producing shows like Wanting to Fall in Love, modeled after HBO’s Sex and the City and Mengniu Yoghurt Super Girl Contest, a Chinese version of American Idol. These shows have drawn in over 400 million viewers. 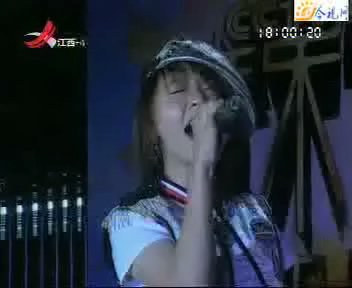 While China’s best-known television stations are operated by the central government , many local stations are more entrepreneurial and attract  audiences and advertising by emulating American producers, showing dramas that are heavy on lush romance and sensitive issues.The stations that air these programs are regulated by the State Administration of Radio, Film and Television (SARFT) and have more freedom than the central government’s CCTV in creating original programming.

Still, some of the most popular shows on Chinese television are not mere copies of American-style programming. Period dramas and stories that relate specifically to Chinese history, politics and lifestyle garner huge audiences.

“These shows usually contain enough originality in them,” said Simon Sun, an entertainment writer and producer in China. “But many other shows that are relatively successful or deemed too racy to be run on national central TV network are rip-offs of American shows.”

“Compared to the previous generations, today’s young people are hip, much better informed and much worldlier,” he said. “Their attitude towards family, sex, money and life as a whole may not be much different than that of the people from other countries. Don’t forget, they are a generation who has been fed with not only Chinese food but also KFC and McDonald’s. They’re very aware of what is going on in America, what type of music American youth listens to and the latest fashions youths are wearing.”

Ken Chen is a member of this new generation of television viewers. A Chinese citizen currently attending graduate school at USC, Chen has had his fair share of exposure to both American and Chinese programming.

“Most of the American shows like Prison Break and 24 have great storylines and plots,” Chen noted. “This is something that audiences in China are not exposed to watching Chinese television.”

Even the U.S. ambassador to China Clark Randt noted the popularity of Prison Break in China. During a recent speech hosted by the U.S.-China Institute, Randt highlighted the success of American television in penetrating the Chinese market.

“The Fox network series is widely watched, even though it’s never been broadcast in China or legally distributed via DVD,” Randt said.

In addition, the ambassador commented on the weak protection of Intellectual Property Rights (IPR) in the country, highlighted by the World Trade Organization’s recent filing of six cases against China for restricting market access as well as failure to enforce illegal downloads and DVDs.

CCTV’s programs often center on the traditional clichés and simplicities of life in China.  Chen, however, believes that today’s generation of viewers is looking for an escape, often turning to the excitement of American television for an outlet to the world.

“People my age are downloading programs from Internet free services like BitTorrent,” he said. “This allows us access to see American television programs without any problems. Also the television shows have [Chinese] subtitles below the scene which helps us to interpret the message of the show. Viewing these programs gives us a better understanding of American culture.”

The opportunity for growth of the entertainment industry in China is immense.  As communications technology becomes increasingly affordable to the mass public, new businesses are moving in to capitalize on this growing market. Alex Kanakaris, founder and chairman of Wi-Fi TV, feels that China is on the verge of establishing new limits for digital media.

Kanakaris also suggests that with the fast growing streaming video market in China, the opportunity to target large sectors of the population with innovative entertainment options is expanding.

The Economist recently reported on the surge of mobile phone and internet products now flourishing in China. Web access, now available in the palm of your hand, provides users the same connection to entertainment download services as an ordinary computer. Online episodes of popular television shows available to the U.S. market through services such as iTunes and Hulu are the next step for Chinese audiences. For devoted fans restricted by government censorship laws, proxy servers such as Anonymouse.org and the Mozilla Firefox add-on “Great Ladder” have allowed citizens to view blocked content.

Kanakaris believes China is quickly becoming the new hub for the digital media market as censorship laws continue to open the doors to new providers. The popularity of American television series ensures international programming will remain a mainstay of young Chinese audiences. Its primary influence, however, will continue to be seen in China-specific series, where ‘foreign’ concepts are adapted to the national viewer.

In a recent interview with The Atlantic Monthly, Win in China! producer and host Wang Lifen explained that the goal of the show was much grander than the simplicity of The Apprentice. While Donald Trump tested for business savvy and leadership, Wang looks to influence China as a whole.

“We want to teach values. Our dream for the show is to enlighten Chinese people and help them realize their own dreams.”

Mr. Milk’s endeavor as a passionate dairy supplier brims with global ideas – a hint of entrepreneurship, a dash of business ethics and a cup full of capitalism.

Steve P. Jefferson is a graduate student in the USC School of Policy, Planning, and Development. He is president of the USC International Public Policy & Business Association.