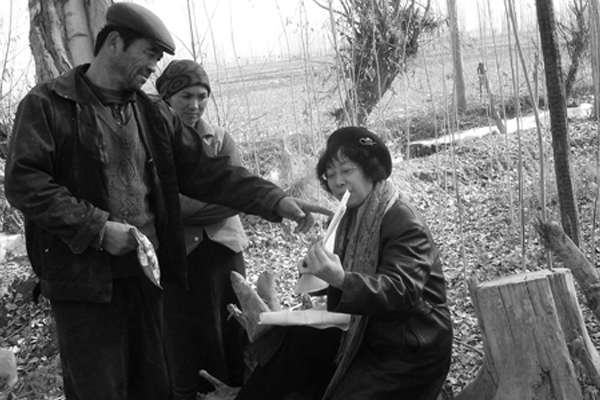 Puzzling Over What Chinese Think

China is increasingly important and Chinese consumers have the wherewithal to buy more – so governments and companies are eager to better understand what people in China value and what they worry about.

Polls tell us the Chinese people are pretty happy people.

These are just some of the many facts of a changing China that public opinion polling has brought to light.

While the Chinese government has allowed public opinion polls since the 1980s, the shrinking world has drawn more international polling in recent years. With the growing visibility of China on the international stage and its growing importance in the world economy, polling in China is taking off. Major international polling firms have made their move into China both as part of their worldwide polling initiatives and for focused opinion projects. But they’re not the only ones.

“Everybody’s polling now—the government is polling, academics are polling. Most of the polling done, maybe 80%, is market research,” said Stanley Rosen, professor of political science at the University of Southern California whose work often involves polls and surveys taken in China.

As China develops economically, market research is increasingly important to companies fighting for the attention of the growing middle class. “One thing we’ve noticed over the past ten years is the growing consumerism in China,” said Tao Wu, the senior research director and principal consultant of Gallup China. “There’s a growing middle class and a more affluent segment of consumers in the China market.”

Domestic companies are aggressively pursuing market research for a wide variety of private and governmental clients. One of the largest consulting firms is the Horizon Research Consultancy Group, established in 1992. Horizon counts its close relationship with the Chinese government and major businesses as a source of prestige, but strives to emphasize its commitment to accuracy over pandering to a client’s motives.

“We have established a very good relationship with the government, the bureau of statistics, so when they need to conduct a survey or do some public opinion polling, we are on the top of the list,” said Yin Wu, the director of research for Horizon. “However because we are also a non-governmental organization, we try to conduct our research based on the actual facts, the actual numbers. These are our principles.”

While market research constitutes a large percentage of polling for Horizon, they have also been involved in other questions. Last year, Horizon was hired by the Committee of 100, a national organization of influential Chinese Americans, to produce a parallel survey entitled “Hope & Fear: American and Chinese Attitudes Toward Each Other.” Zogby International handled the polling in the United States.

“By conducting a survey on similar issues in both countries at the same time, we are able to offer a comparative analysis of where the Chinese and American public agree and disagree, and how each views the bilateral relationship,” said General John L. Fugh, chairman of the Committee of 100 in a statement. “Through a better understanding of how each public feels, the leaders of both countries can work more cooperatively on common issues and tip the balance further in favor of hope, and less on fear.”

The survey, which covered a range of topics including bilateral relations, product safety, superpower status, and the environment, found that in general the Chinese people have a more favorable impression of the U.S. than the other way around. Horizon will again be involved when the survey is reprised at the end of this year.

Other polling companies are carrying out ambitious polls. International polling initiatives including the Gallup World Poll and the Pew Global Attitudes Project have included China in their quests to build a comprehensive picture “of what the world is thinking,” in Gallup’s terms. Pew’s project has been active since 2001, and Gallup’s World Poll began in 2005, though the company has been polling in China since 1994.

“This year we surveyed 3,212 people in China, which is a much larger sample size than we use in most other countries.  The sample sizes have varied somewhat from year to year, but they have typically been at least 2,000,” said Richard Wike, the associate director of the Pew Global Attitudes Project.

Data collection methods vary depending on the area, and are evolving to accommodate the changing lifestyles of the Chinese people in all regions.

“Telephone interviews were conducted in Beijing Shanghai and Guangzhou, and in the smaller cities and the rural areas we actually use face to face interviews, because the success rate is lower in the big cities if you try to knock on peoples’ doors,” said Tao Wu. “It’s more time-consuming for an interviewer to make the trip to the house because these days people are busy, often people are not at home.”

There is also growing but cautious interest in online polling.

“When you conduct online polling the advantage is fewer disturbances,” Yin Wu said. “But with online polling people sometimes do not provide accurate background information.”

But it seems that the Chinese people, more often than not, are willing to cooperate.

“I think in general people welcome the fact that someone is making the effort to sit down with them and listen to their voice and opinions, which is not that common here in China,” Tao Wu said. “I remember last year in November it was very, very cold, and I went to this place in Xinjiang. When I finally got there, I knocked on the door and introduced myself, and the guy was in disbelief.”

“In rural areas we found that detergent is quite welcome,” Tao Wu said. 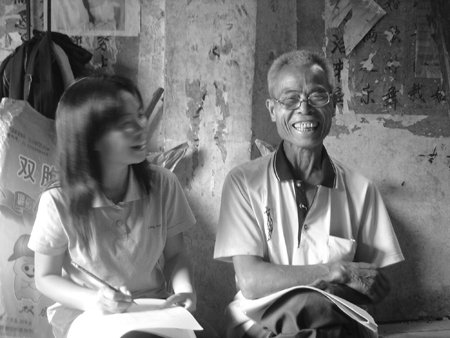 But despite the growing activity of polling in China, some questions remain off-limits.

“We have lots of questions about the political system and political issues, but in the country of China we try to be sensitive of the political environment here, and so we choose to ask questions that would not get us into any trouble,” Tao Wu said.

The questionnaires reflect these possibilities, and lack thereof. For example, Gallup’s World Poll Questionnaire (PDF) details both general questions and region-specific questions used in the poll. For China, questions focus heavily on economic and social issues, while in the rest of the world, politics feature more prominently.

There are no regulations controlling what a polling company may ask in an interview, but it appears there is no need—most understand the unwritten. For Yin Wu, the taboo topics aren’t even relevant.

“There is no governmental law or regulation to limit us on what to ask,” he said. “But from our own perspective, based on our current understanding of Chinese society we understand that it would not make sense if we asked some questions that would not immediately change the Chinese system… We raise questions more related to economic development or cultural attitudes, social trends, but try to avoid politically sensitive questions.”

“When you ask a Chinese person if the Chinese government is legitimate or if the Communist Party is legitimate, it does not make sense because it won’t change anything.”

However, despite the unwritten ban on political questions, other avenues have opened.

“Horizon has since done a survey about attitudes in Taiwan, and it surprised me because years ago I had a friend who wanted to conduct a Taiwan survey, and when they went to the Propaganda department, now called the Publicity department, the response was ‘absolutely, no problem, as long as you guarantee that 100% of the people filling out the questionnaire favor unification,'” Rosen said. “But things have loosened up.”

Questions on religion are also tolerated. Pew’s May 2008 report “Religion in China on the Eve of the 2008 Beijing Olympics” used data collected by Horizon in 2005 and 2006 for the Pew Global Attitudes Project and in 2007 for the Committee of 100’s survey.

“We have asked a few questions in the past about religion, but it can be a sensitive topic, so we have only done a very limited amount of work on this in China,” Wike said.

Pew’s aforementioned report asks questions including, “how important is religion in your life” and “what is your religious faith?” However, Gallup’s World Poll leaves out the subject entirely in its China-specific section.

With these avenues opening, it still may be too much to hope that the Chinese government will allow political polls anytime soon. But even Horizon’s Wu sees potential for change.

“We believe that other aspects of society can only develop based on the economic development. But maybe democracy and human rights will become more important in the future.”

Chelsea Mason is a Master’s student in East Asian Studies at the University of Southern California. She is co-managing editor of US-China Today.