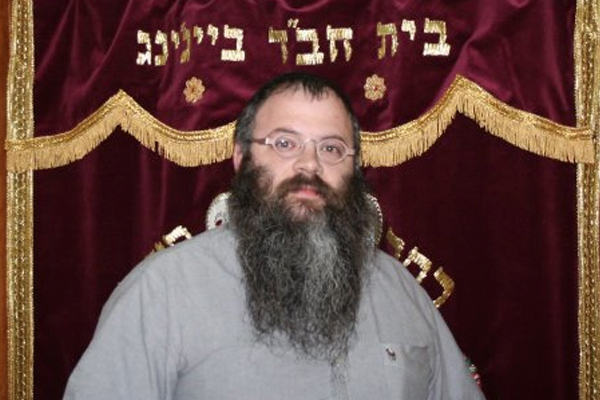 Though small, these are some of the newest and fastest growing Jewish communities in the world.

When Israeli Dvir Bar-Gal arrived in Shanghai some seven years ago, there were roughly 300 Jews in the city.

That community is now seven times larger.  Jewish communities in China are expanding in a way that matches the frenetic expansion of the enigmatic land in which they live.

“The Jewish community of China is one the fastest growing Jewish communities in the world,” said Bar-Gal, who today runs a Jewish history tour of Shanghai.

As China has opened itself to the outside world, Jewish communities are being reborn in China. Shanghai is home to the largest Jewish community, with upwards of 2,000 people, followed by Beijing at 1,500 to 2,000. Jews have migrated to work or study in China from Europe, North America, Australia and Israel. Many of those now residing in China are drawn by business pursuits, but there are also many Jewish students as well as Jewish families connected with the various diplomatic missions posted in China. Most of these migrants see China as a new land of economic opportunity, though not necessarily a permanent new home. Historically, however, Jews saw China as offering a different opportunity: the chance to escape persecution.

The history of Jewish communities in China dates back more than a millennium with the storied community of Kaifeng. In the modern era, however, the most important communities were in Harbin, Tianjin, and Shanghai. These were seen as places of tolerance in a hostile world.  The emergence and resurgence of Shanghai’s Jewish community illuminates the interplay between global trends and Chinese policies.

Shanghai’s Jewish community began in the mid-19th century with the immigration of mercantilist Sephardic Jews from the Middle East, but the Russian turmoil of the early 20th century brought thousands of immigrants to China. Many Jews fled the Russo-Japanese war, the outbreak of pogroms, and disorder associated with World War I, the Russian Revolution and the Russian Civil war and found haven in China. After the Russian Revolution, Jews came to Shanghai and settled in the Hongkou neighborhood. As European-style tenement houses were built and Jewish-owned shops, cafes and kosher delicatessens multiplied, residents and others began to call the area Little Vienna.

With Europe’s descent into war in the 1930s, Shanghai again became a haven for Jews seeking refuge from Nazi persecution. As doors, including American ones, closed for European Jewish, Shanghai was one of the few remaining places that did not require papers or a visa for entry. From 1939 to 1941, 20,000 to 30,000 Jews immigrated to Shanghai to escape Nazi persecution.

Today, few of those Jewish refugees or their descendants remain in Shanghai. After World War II and the the Communist victory in China’s civil war nearly all of Shanghai’s Jews migrated to America, Canada, Australia or Israel.

The new Jewish communities of businesspeople, students and diplomats are growing and members are working together to create the infrastructure necessary to support the community and foster connections to the faith. Chabad, one of the largest Orthodox Jewish movements that runs thousands of outreach centers around the world, plays a major part in the Jewish life in China. In total, Chabad runs seven Jewish centers throughout China: Beijing, two in Shanghai,  Guangzhou, two in Hong Kong,  and Shenzhen.

Chabad set up shop in Beijing in 2001, and since then has built the foundations of Jewish communal life in China’s capital, including a Jewish day school, community center and even a Chinese pagoda-style mikvah (Jewish ritual bath). Despite these familiarities, the Jewish lifestyle still faces challenges in China. Given the complexities of observing Kashrut—Jewish culinary law—in a land as gastronomically diverse as China, the ability for religious Jews to eat in a kosher fashion remains a constant challenge.

However, Western import grocery stores often help. “Thank God for the Western supermarkets,” Rabbi Freundlich said. “It is possible to get some kosher foods in the form of Western products that happen to be kosher.”

In addition, once a year, the communities in Beijing and Shanghai receive from Israel a container of dry goods, kosher wine and long-lasting milk. As for kosher meat and chicken, the Rabbi has a kosher slaughterer flown in either from South Africa or Australia. In addition, in March 2007, the Chabad Beijing opened Dini’s, the only kosher restaurant in the city.

The situation in Shanghai is similar, with Chabad maintaining a Jewish center in both older city center and the newer Pudong area. The Jewish center at the Chabad Shanghai is complete with children’s school and weekly Shabbat service, and a kosher café, as well as a kosher meal delivery service to hotels and offices.

But there are still obstacles.  Judaism is not one of the five recognized religions in China, but the government has largely ignored it. The recent developments of these new, non-refugee communities coupled with their relatively miniscule population hasn’t yet drawn the attention of the government.

“Chabad gets a call at least once a week from someone in a distant province who wants to convert to Judaism,” Rabbi Freundlich said. “We counsel them that if they are serious, then they can do a conversion in Hong Kong or Australia, but not in Mainland China.”

Given the minute size of China’s Jewish community, and the relatively few Jews worldwide, in many ways the concept of “the Jewish people” has an outsized stature in China. Interestingly, the Jewish image in popular Chinese culture has a rather fascinating position. According to the Washington Post article “Sold on a Stereotype,” there is even a field of self-help books in China dedicated to “the Jewish way of making money.” This genre includes such titles as The Legend of Jewish Wealth and The Eight Most Valuable Business Secrets of the Jewish. Despite the somewhat anti-Semitic undertones of such literature, the Washington Post article observes that Chinese also perceive the Jewish community as having a great deal of intelligence and business acumen.

“We are attracted by Jewish wisdom, intelligence, success and survival,” said Professor Xu Xin, director of the Glazer Institute of Jewish Studies at Nanjing University. “These are qualities the Chinese feel they can learn from. Both the Chinese and the Jews have a tradition of education and respect learning.”

This sentiment has translated into a unique relationship in local populations, where Jewish residents are subject to no more discrimination than other foreign faces.

“[The sentiments] are the opposite of anti-Semitism, but rather appreciation,” Bar-Gal said. “The majority of Chinese people don’t know what ‘Jews’ are—they have no concept. In big cities, some Chinese people know Jews, and view them as ‘smart’ and ‘rich.’ In China, there is positive thinking regarding business: if you are rich, you have achieved a goal. The Chinese want to copy and learn from the Jewish people—this is a compliment, not negative thought.”

When asked about the future of the Jewish community in China, Bar-Gal had an intriguing, albeit tongue-in-cheek, answer: “I see the whole Jewish people’s future here in China. With rising anti-Semitism in Europe, instability in Israel and financial troubles in the US, the entire Jewish world will come to live in China. You have a country that has a history free of anti-Semitism, and a culture that deeply respects the Jewish people. What is 12 million in a land of 1.3 billion?”

ED. UPDATE (March 27, 2009): Another indication of the place China occupies in Jewish history is the fact that the grandfather of Ehud Olmert, Israel’s current prime minister is buried in Harbin’s Jewish cemetery.

Paul Rockower is a journalist who spent six weeks traveling in China. He writes a column for the Jerusalem Poston Jewish communities in far-flung places. Paul is currently pursuing a Master’s in Public Diplomacy at the University of Southern California.