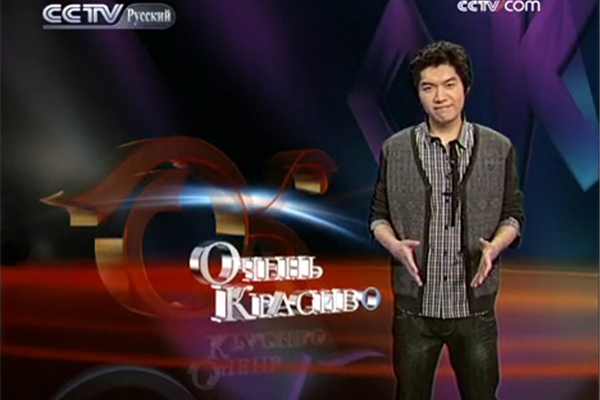 Chinese Media on the Move

Chinese media outlets are going international, now with the money and means to counter misperceptions of the rising nation. But can this new ‘global media with Chinese characteristics’ compete with the rest of the world?

Last September, the U.S. government announced its intention to open an investigation into its disappointing Arabic-language satellite channel, Al Hurra. With viewers preferring Al Jazeera and other regional news services, the station’s high-profile failure suggests that in today’s crowded global media marketplace, money cannot buy credibility. Now, the Chinese government is moving to create its own international news presence in a similar effort to boost the country’s image abroad.

“The Party leadership…thinks it can buy a good reputation,” says Paul Mooney, an American journalist based in Beijing since 1985. “This won’t happen. It doesn’t work that way.”

In the past year, the Chinese government has undertaken an ambitious international media expansion effort to compete with existing broadcasters and publishers and extend its political influence. In addition to China Central Television’s English-, French- and Spanish-language channels, the organization has extended coverage into Russian and Arabic. Xinhua News Agency has expanded its international bureaus and plans to launch its own 24-hour news channel.  The newspapers Global Timesand China Daily launched English-language and U.S. versions, respectively.

The goal of these operations, according to CCTV, is to “emphasize a Chinese perspective while striving to give a more balanced picture of the world” by competing with other global news producers. Yet these ambitions come with both risk and a substantial price tag – according to the South China Morning Post, the rumoured cost of CCTV Arabic alone is US$6.6 billon.

Much of this emphasis on image and soft power can be traced to the current leadership. President Hu Jintao has made clear, in speeches abroad and at home, that China must “enhance culture as part of the soft power of our country to better guarantee the people’s basic cultural rights and interests.” These interests now include sharing the positive stories of China with the world in a way that will increase the country’s influence.

The cost may be worth it. For China, soft power has become an important tool in the diplomatic arsenal. As Joshua Cooper Ramo observed in his 2007 essay “Brand China“, “For a nation obsessed with territorial sovereignty, China has let its ‘image sovereignty’ slip out of its control.” Riots in Tibet and Xinjiang, internet censorship, tainted consumer products and intellectual piracy have contributed to a negative image of China worldwide. All have only heightened China’s desire to stress its cultural and international cooperation to balance out the image conveyed by its rapidly increasing economic and military might.

Chinese media organizations hope to become content-providers rather than mere content-users. CCTV International considers itself to be “China´s contribution to greater diversity and more perspective in the global information flow.” Speaking to Al Jazeera, deputy president of CCTV, Zhang Changming, described the project as one through which “the world can know China better and China can know the rest of the world even better”.

For Ma Shengrong, former Vice President of Xinhua, the problem is a one-way flow of news. “Chinese people understand America more than Americans understand China…because America publishes a lot of news.” The problem for Ma and many Chinese journalists is the amount of negative stories being produced about Chinese by primarily Western new sources. “A majority of people know little about China [as] many news articles are one-sided,” he contends.

Mooney disagrees with accusations of Western bias, arguing that journalists around the world seek to cover all stories with an open and critical eye. “Foreign journalists report on China in exactly the same way that they do on their own countries,” he says. Furthermore, an international presence is often as asset. “Chinese people have more of a voice in the international media than they do on the Internet or in their own domestic media, both of which are tightly controlled by the government.”

Lehigh University professor John Jirik is more optimistic, saying “The perception [is] that CCTV is a PRC Party and government mouthpiece, which is true, but not the whole story.” Editorial policy continues to liberalize, and increasing Chinese media interaction internationally may contribute to that.

Ma agrees, stating, “If a country wants to develop, it must not only report its achievements, it must also report on the difficulties it encounters.”

It is clear that China requires media output that matches its growing power and influence. Yet, as Ramo suggests, “Power and reputational capital don’t go hand in hand.” Mooney, among others, is quick to point out that the problem is not necessarily China’s image, but its activities. “[China’s] image won’t improve no matter how much the government spends on a new media expansion unless it changes its policies and dramatically improves its treatment of its own people.” A 2008 report on China’s soft power confirmed these perceptions, noting that most people remain fixed on the country’s potential military influence in East Asia.

There is great global interest in China, and the technology to feed it, yet any attempts at reaching out face considerable obstacles. The most immediate is the ability of Chinese news outlets to supply professional, engaging content. Jirik points to the small number of available “foreign local” journalists – ethnic Chinese nationals who are multilingual and camera-ready – as being a hindrance to global acceptance.

Without sophisticated content, there will be few reasons for an audience to tune in. “If people have a choice of channels to choose from,” Mooney asserts, “they are not going to choose staid CCTV reporting, unless the station dramatically improves its content and production capability.”

Ma is aware of the technical hurdles, but sees hope. “Our journalism schools and universities need to increase the cultivation of journalism skills. This ability will make our news agencies even better.” Currently, there are approximately 800 Chinese universities that offer journalism programs, many with an increasingly international focus.

This issue of professionalism and competition has been echoed by many commentators, most recently News Corporation‘s Rupert Murdoch. In a speech to the World Media Summit on October 9, 2009, he expressed doubt about China’s success abroad. “[Chinese companies] operate in a market that is sheltered and so they are not exposed to the competition that would prepare them for the rigours of the global marketplace.” In China, there is a captive audience for media. In the global marketplace, the scarce resource is no longer information, but attention.

Even so, China may have a niche to exploit by emerging as a leader in non-Western media. Success in Western countries may be doubtful with high levels of public scepticism surrounding China’s growth. However, Jirik argues that regions such as Russia, the MENA (Middle East/North Africa) countries, Latin America and Africa could be fertile ground for alternatives to American news.

Unlike Al Hurra, Chinese media has built-in potential for credibility. “The Russian-language geo-lingusitic region and the Arabic-language geo-cultural region are historically regions where state-controlled broadcasting has been the norm,” Jirik suggests. “So it is likely that CCTV will be viewed with less suspicion in these regions and may therefore find greater public acceptance.” China’s support for the Palestinian cause may also provide a key inroad.

Regardless of how unique the Chinese situation may be, Mooney and Jirik see CCTV and Xinhua as facing the same problems as foreign outlets. For the international media today, there is a tendency to fall back on images of “ancient” China in order to frame a story or explain an event. Chinese coverage may similarly exoticize that which is foreign to them.

According to Jirik, “The bigger problem facing Chinese media overseas will be the same problem that dogs foreign media in the PRC – stereotyping and the tendency to see things in black and white terms, instead of in complex shades of grey.” For that reason, he stresses, “I cannot see a Chinese international news channel establishing any more credibility on the foreign story than foreign media have on the PRC.”

Yet there is an alternative for changing hearts and minds. The task for China’s global media is to help people have a fuller exposure of the country. It is hard to convey, however, the optimism and graciousness of ordinary Chinese, or the energy one feels when they first enter the country. Black and white reporting turns people away, yet reporting with the nuance required to adequately capture the realities of China demands more of viewers and reporters.

A more robust global media is a step in the right direction, but Ma ultimately feels that physically experiencing China is the ultimate solution.

“Those who have gone [to China] and those who have not have completely different feelings [about the country].”

Ashley Challinor is a Master’s student in Global Communication at the University of Southern California.

Peter Winter contributed to this report.