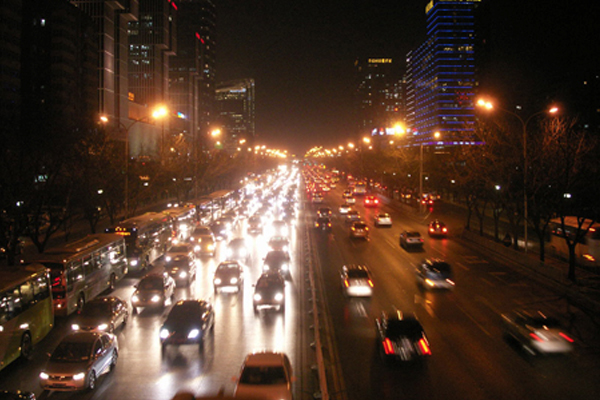 While the safety of China’s roads has improved in recent years, there’s still a long way to go.

China has improved all areas of road safety and traffic regulation, but the majority of its citizens are still follow traditional ways of the road as China embraces motor vehicles.

Traffic is a headache  for drivers and pedestrians alike in China, but analyzing China’s annual data on road safety can be just as complicated for researchers.

“I think the biggest issue in China is [the lack of] accurate and transparent road crash data. Data is the base for decision and action,” said Ann Yuan, the Global Road Safety Initiative (GRSI) Coordinator for China. “Without reliable data, it would be difficult to attract necessary attention and obtain the necessary political commitment or support from the government” needed to solve the problem.

The World Health Organization raises a similar problem in, “Road Safety in China: The Facts.” According to the fact sheet, official statistics cite more than 100,000 deaths and 400,000 injuries on China’s roads each year but differences in data and definitions of injuries and fatalities make the sources unreliable.

For example, while the official statistic is about 300 deaths a day, the W.H.O. estimates that  the actual number is closer to 680.

Whatever the number, China’s traffic problem is real and growing. The increasing number of cars on the road in China led to a rising number of accidents and deaths, which has plateaued in recent years.

According to the “Report on Road Safety Initiative in China” compiled by the Traffic Management Research Institute of the Ministry of Public Security, the number of cars on the road has risen steadily, and with it the number of drivers. “By the end of 2007, China had over 159 million motor vehicles of which nearly 57 million are automobiles,” said Yuan. “There are over 163 million motor vehicle drivers of which over 107 million are automobile drivers.”

The suffering and costs suggested by these trends forced the government to take action. In 2003, the year following China’s peak for accidents and fatalities, the Chinese government took action to slow the rising numbers. On October 28, 2003 the country enacted its first official comprehensive traffic law, The Road Traffic Safety Law of the People’s Republic of China, which went into effect May 1, 2004. This law asserts the rights of pedestrians, mandates auto insurance, and toughens punishments for dangerous driving,

As with most government campaigns, events were staged to promote driving safety. The 4-day Toyota Driver Communication safe-driving event in 2005 in Beijing targeted driving schools, taxi companies, Toyota dealers, and other sectors. However, key players, the drivers and pedestrians, were not there. With only 200 attendees, the event did little to spread awareness among the  drivers of the 130 million registered vehicles in China at the time.

On a local level, citizen awareness is done through small-scale events such as road shows.
“The police often put on a road show of gruesome accident pictures and smashed up cars,” said Ashley Sutcliffe, the writer and research of the blog, “China Car Times.” “The pictures are very gory, very gruesome. No detail is spared—well, aside from the pixilation of a victim’s eyes or face, if those are intact. However, I could confidently guess that most accidents in cities are low speed shunts, dents, and fender benders. Gigantic pile-ups on the highways are commonplace.”

The demonstrations little noticeable impact on driver behavior. According to an analysis of traffic accidents done by Professor Wang Hongyan from Tongji University in 2007, 93% of accidents are caused by disobeying traffic laws.  Speeding is one of the most common infractions.

“Signs are posted designating the speed, but if drivers don’t see any police around, they think it’s okay to violate the speed limit,” said Zhu Weizhong, a Guilin native. “That’s when the police are hiding, waiting for them to make the mistake. The department splits these fines and hand them out as commissions to the officers.”

The Global Road Safety Partnership, however, is working with China’s Ministry of Transportation on speed management.

“As part of the project, we first launched the Chinese version of the Speed Management Manual in last September,” Yuan explained. “Basically, the project is divided into two phases: phase I is the baseline survey or case study to understand the nature and scope of speed related problems at the selected road sections; phase II is a pilot program, which will be designed and implemented based on the findings of the survey.”

Nevertheless, awareness and enforcement is only one side of the issue. Asking 1.33 billion Chinese to adapt to a new environment full of cars, trucks, and buses rather than pedestrians, cyclists, and the occasional motorist is a difficult task.

John Friedman, Professor Emeritus at the University of California, Los Angeles suggests that the dangers of Chinese roads are due to growing pains.

“It’s not unusual for a country that is just learning to drive on a mass scale to have a high accident rate,” said Friedman. “If you could check statistics going back to, say 1950, for Tokyo, Japan or Seoul, Korea, I think you will find that there is a long-term trend, as people become accustomed, new regulations are enforced, and a ‘culture of driving safely’ is developed.”

Indeed, while the U.S. accident rate peaked around 1980 and Japan around 1990, it seems that China’s came just a few years ago. Yet China’s accident rates are still far higher relative to the population than in these countries.

In Japan, increased seatbelt use, a decline in the number of drunk drivers and speed limit violators, and pedestrians following the rules have helped lower the country’s accident rates.

The auto industry is also attempting to make the roads safer. Chinese carmakers have found themselves in competition with foreign brands with comparatively high safety ratings, forcing them to raise their own standards.

“The Chinese manufacturers are trying to keep up with the foreign carmakers in China,” said Sutcliffe. “Many Chinese buyers believe that foreign designed models will be better vehicles all round when compared to Chinese brands, but Chinese brands are fighting back.

“Chinese companies are racing to get their brands into Europe, and they know that without safety technology that is on par with their Western or Japanese counterparts, then they are likely to be major losers in the West.”

Even with the auto industry’s progress and the government’s dedication to improving China’s infrastructure and road safety, the simple issue of training is at the root of the problem. In China, the process for obtaining a driver’s license is so tedious that many either buy fake licenses or don’t bother at all, despite potential legal repercussions.

The driver license exam consists of 100 multiple choice questions picked from a booklet of 800 test questions. Moreover, the training includes 58 hours of instructions in a certified course with three weeks of classroom course, a month behind-the-wheel training, and three separate road tests. Nevertheless, many who do go through with the driving courses still lack the skills to drive on the road.

“My own driving instructor was a great guy, a former truck driver for the navy, but other driving instructors were rather hot on the theory of driving, but not so hot at letting their students take the wheels,” Sutcliffe said of her own driving instruction in China. “Almost all students learn to drive in a yard, navigating their way around faux roads with obstacles in the way. Once they have had their test on these obstacles, and then a final road test, they are free to take to the roads.”

The students’ lack of practice on the streets explains why many drivers who do obtain licenses are not ready to handle the busy streets of China. Driving instructors do not adequately prepare their students because they only teach potential drivers how to drive, not how to drive safely.

“When there are unlicensed drivers out there, accidents, bad driving are bound to happen on the road,” said David Tan, the web marketing manager of the blog “Mad About Shanghai.” This results in tempers flaring from other road users prompting even more bad driving and road usage.”

Despite the problems on the road in China, the numbers and historical trends suggest China is getting safer. As the nation continues to develop and establish a rule of law, it is likely that this trend will continue.

Yao Xu is a graduate of the University of California, Irvine.

Morris’ Journey to the West: Importing Chinese Culture through Storytelling