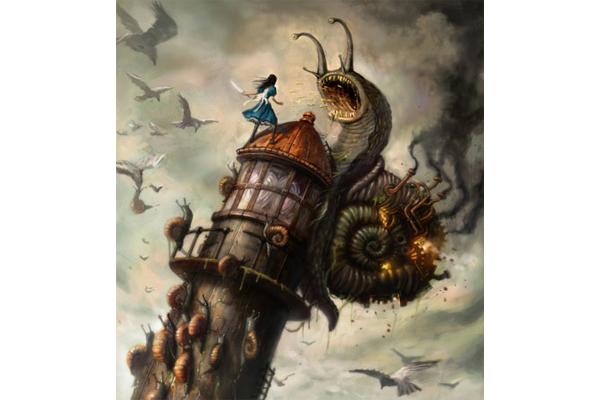 From Gold Farmers to Kings: Online Gaming in China

From lowly orcs to Grand Wizards of the Dark Realm, China’s online gamers are storming castles and expanding their domain. The government, however, is playing too.

Apparently the virtual world has not been hit by the financial crisis. In early April, Changyou, the online gaming division of the popular Chinese portal site Sohu.com, had its initial public offering on the Nasdaq exchange. The stock jumped 25% by the day’s end, raising over US$128 million in company proceeds.

With nearly 300 million internet users, online gaming was bound to take off in China. From World of Warcraft to Westward Journey, millions are taking up their virtual swords to join in the fray. But with an online population the size of the United States, China’s gaming world is being regulated with the heavy hand of its real-world counterpart. Its economy, however, is still booming.

“I am still astonished that many non-gamers are unaware of the billions of dollars that change hands between the people that are selling virtual items and buying them,” said Julian Dibbell, author of Play Money, or How I Quit My Day Job and Made Millions Trading Virtual Loot. From individual players trading imaginary goods to companies making games for massive audiences, cash is circulating in the virtual world.

And with reports claiming nearly 150 million online gamers in China, there is a lot of money out there. The country’s online gaming industry earned US$1.7 billion in 2007, and analysts expect it to hit $3.4 billion by 2010. In 2007, Giant Interactive, publisher of the immensely popular ZT Online, saw a 274% increase in revenue. The most popular online game in China, NetEase’s Fantasy Westward Journey, has 1.66 million users simultaneously playing during peak hours.

American McGee, game designer and founder of Shanghai-based Spicy Horse Games, sees tremendous future growth for the industry. “Some of the more profitable companies in China are online gaming companies. The total Chinese game developing community here is larger than the rest of the world put together,” McGee said. “The Chinese gaming industry employs thousands of people in terms of the workforce which has played a vital role in China’s growing economy.”

Expanding communications networks have been a highly visible component during China’s boom years. From internet use to cell phones, a large portion of the Chinese public has been quick to absorb the latest in communications technology. Chinese authorities, however, are working to keep a tight grip on this virtual civil society.

“The Chinese government told Blizzard they had to take all the representation of skeletons out of the game,” said Bonnie Nardi, professor of informatics at the University of California, Irvine. “I thought that maybe there is something sacred or important about skeletons but I found out from asking around that there was not. It was an arbitrary way of the government saying they are watching this game and have control over telling the company if they want to distribute this game in China…they have to alter the art work according to our expectations. Blizzard had to take out all the skeletons.”

World of Warcraft’s latest expansion pack, Wrath of the Lich King, has yet to go on sale in China, held up by government censors. The game was released for most audiences in November 2008.

From rising cybernationalism to an increasingly vocal public, China’s leadership has eyed the growth of online gaming as a potentially dangerous source of social organization.

“Games seem to attract the scrutiny of government because of their popularity, so online gaming is monitored and controlled,” said Nardi. “In China, World of Warcraft has become extremely social. Large numbers of people play in internet cafes and meet friends in their neighborhood. It deepens existing relationships and opens up possibilities for new ones as well. Some people actually meet in the virtual world but then they were able to bring that relationship back into the real world.”

Most of China’s gamers play in a collective atmosphere rather than alone, preferring PC-based games over expensive home consoles. Internet bars have become the new hangout for Chinese youth.

Nardi notes that the growth of these social connections is profoundly important for China. “It is like the corner bar in the U.S. The performance and social aspect [of gaming] is power when you combine them.”

As in other East Asian nations, Dibbell explains that gaming culture has penetrated mainstream Chinese culture in a way still unseen in the U.S. “While in Shanghai, I viewed a television commercial in a taxi cab for Cola-Coca with a World of Warcraft tie-in where as this would not happen in the West,” Dibbell said. “The online gaming phenomenon is clearly more integrated in Chinese daily life.”

For Beijing, managing China’s online world has become a governance test. From health issues to political consequences and lawsuits, oversight of the virtual community has tested the government’s abilities.

In the domestic political arena, the government now requires that all online gamers register their real names as their in-game character IDs.  The move comes after a series of calls within the Chinese government for a ‘real name system’ among the country’s bloggers and netizens.  State law requires customers at internet bars to register their national identification number before logging on, however the regulation is rarely enforced.

The government claims that, for online gaming, the system is in place to monitor potentially addictive behavior among the massive virtual population. In late 2008, the Chinese Ministry of Health officially designated Internet Addiction Disorder (IAD) a clinical disease. Concern over the public’s health came after several high-profile incidents involving intense online sessions, including the death of one Guangzhou man from exhaustion following a three-day gaming binge.

Regulations now in place require that after three hours of gaming, players will only be able to accrue half of their character’s experience points, while anything beyond five hours will result in no level advancement. All of the major gaming companies operating within China have agreed to adhere to the new regulations. “Internet rehab centers,” aimed at weaning addicted youth off their Internet dependence, are now popping up around the country. Most of the patients are young males, 15-21 years old.

“There is no real internet addiction problem in China any more than there is anywhere else. It is also not a clinical category,” Nardi said. “It is more of the engaging nature of the game that draws people to step away from their own responsibilities…However, for the Chinese, [there] is some education focus…anything that takes their kids away from education, they’ll tend to get up in arms about.”

McGee has a similar impression. “The impact on society is not something that you really notice no more than the number of people that would go to watch a popular movie in the U.S.,” said McGee. “It is a form of escape and entertainment that most people here take for granted.”

On the financial side of gaming, several issues have arisen over the ownership rights of “virtual property,” or items such as weapons, armor, and health potions gathered during online play.

In April 2004, Dibbell set out to make the sale of imaginary online goods his primary source of income. Selling virtual tools to players around the world, he made US$47,000 by the fiscal year end. Worldwide trade in virtual goods has an estimated value of US$250-900 million. From Tokyo to Beijing, Los Angeles to London, the virtual property trade has become a global industry.

Yet for others, the trade can be a matter of life and death. In 2005, a Shanghai man was sentenced to life in prison after he stabbed a fellow gamer for selling his virtual sword.  The man took matters into his own hands after legal recourse failed. In February 2007, 14 government agencies issued a statement banning the use of virtual currency to buy real-world goods, however the move did little to stem virtual markets.

“Gold farming” has also been a major point of debate. Advancing one’s character can be a tedious and time-consuming process. China’s gamers have stepped in to fill the market, playing for those with little time to spare and leveling up their characters, all for a slim slice of real-world money.  Dibbell explained that Chinese gold farmers spend up to 12 hours a day playing games like World of Warcraft and Lineage II. Their employers pay them 30 cents an hour to grind away for gold and experience. More affluent gamers in the West tend to be the primary buyers of the gains these “farmers” accumulate.

Online gaming has taken off in China, but there are indications that the market may be reaching a saturation point. According to SinoCast Daily Business Beta, 70% of China’s online game companies spend more than they earn. Only the largest of publishers such as The9, whose distribution rights for World of Warcraft China expire in June, are able to turn profits. Analysts note that while the most popular games generate millions in revenue, countless others fall by the wayside, countering any company profits through wasted R&D and operating expenses.

One critical issue for company profitability lies in the distribution process of new software. While China’s lax regulation of intellectual property rights is nothing new, gaming companies are seeking to protect their software through innovative delivery systems.

“Western game publishers are focused almost entirely on a box product which sits on a shelf and is sold in a retail establishment,” said McGee. “If you release a box product somewhere else in the world, it is going to come to China and it is going to be pirated…Chinese publishers, on the other hand…consider this the environment so they do not build box products which sit on a shelf in a gaming store. They build online-only games which they monetize by selling time or items inside of the game.”

California-based publisher THQ Inc. recently opened offices in Shanghai to better tap into the Chinese market. Company of Heroes, one of the company’s most successful online games in the U.S., is being adapted exclusively for Chinese gamers as a free-to-play, microtransaction-based game.

“The business model is different in Asia, you play by the hour and it is not subscription based,” Dibbell explained. Gamers in China rarely have access to credit cards, so time spent in most online games is charged on a per-use or hourly basis, as opposed to the U.S. model of monthly subscriptions.“Before World of Warcraft existed in Korea, Taiwan and China, there were already games that had players in the millions that had not crossed over into the West…The advantage that World of Warcraft has is that it is able to straddle both markets.”

McGee sees the continued potential for online gaming in China.

“It is important to remember that China is very large, the number of people playing online games is up to 200 million,” McGee said. “While these numbers may sound high to someone in the U.S., it is really not much compared to the billion plus people that are here.”

Peter Winter is a graduate student in Public Diplomacy at the University of Southern California Annenberg School for Communication. He is deputy editor of US-China Today.