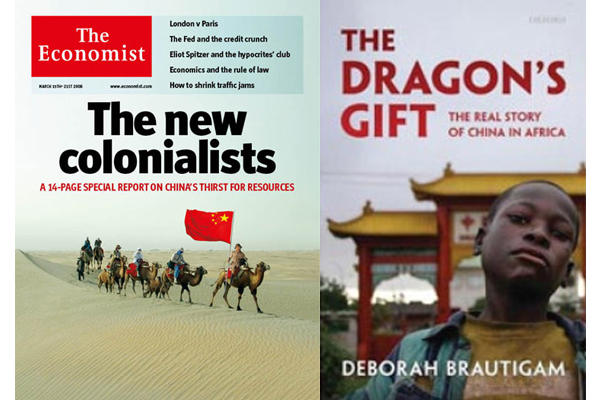 A critical component of China’s rise has been its ability to develop economic and political relations with the rest of the world. In Africa, this engagement has fueled both praise and criticism.

This commentary piece is adapted from the authors’ essay in China, Africa, and the African Diaspora: Perspectives, edited by Sharon Freeman.

There are few issues more essential to long-term global stability than the integration of the People’s Republic of China into the world economic and political system. From Cold War pariah to international powerhouse, the country’s transition over the past 30 years has driven two parallel reactions among the world’s countries – admiration from the developing world and nervousness among developed countries. The developing world admires China for its economic success, a model of controlled yet entrepreneurial capitalism that provides for political stability. Coupled with the country’s closed-off domestic system, however, the behavior and intentions of the Communist Party continue to be viewed with suspicion by the world’s largest powers. In other words, we see unique and divergent evaluations of the same facts of China’s rise in the world.

A critical component of China’ rise has been its ability to develop economic and political relations with the rest of the world. From Africa to Latin America, the West to the East, the country’s international expansion has rested on the willingness of foreign countries to deal with the Chinese system. While Western democracies and their publics have exhibited a rather cautious deepening of ties, much of the developing world has been eager to emulate a Chinese-style of political control with rapid economic development. With these countries home to 2/3rds of the world’s consumers, 2/3rds of global resources, and the majority of votes in the UN and other international bodies, China’s rising status continues to be a vexing global concern for Western audiences that are unable to place the country’s behavior into an appropriate context.

As China deepens its international ties, whether the PRC plays fairly by the existing global ‘rules of the game’ – whether it be in trade, foreign aid, international law, human rights and so on – has become a hugely important matter for all countries. Touching on the full range of national interests – economic, diplomatic, strategic, technological and military – Africa can be seen as a kind of laboratory for China’s global ambitions. Indeed, China’s behavior in Africa has been viewed with suspicion and anxiety since it first reached out to the continent in the early 1950s. Its current involvement, however, has sparked a renewed debate about the PRC’s influence in a historically restive region. Since the late 1990s, we have seen a dramatic escalation in China’s engagement with African nations and, consequently, a growing nervousness in the West.

Should China’s standing continue to rise, what should we expect for Western models of development and institutions? Democracy and human rights? Does Beijing provide African nations an alternative to the supposed international consensus on governmental and development policies, giving China an “unfair” advantage in competing for the continent’s resources? There is an implicit worry among many Western observers that other developing regions may go the way of Africa, heralding in the outlines of a new “Asian Century.” Given China’s presence in the continent’s conflict zones, mounting global concerns of a “China threat”, the world financial crisis, and so on, it is even more critical to understand China’s behavior in the long run.

By looking at China’s behavior in Africa through the lens of long-term convergence toward or divergence from international norms, we can hope to better grasp the important dynamics and trends at work in China’s emerging global role, and importantly, how they might run up against Western interests. Policy makers with the responsibility for designing and conducting international diplomatic and security affairs need a sense of whether or not the emerging Chinese giant is playing by the conventional ‘rules of the game’.

In the real world of public policy, the underlying dynamics are always in motion. Policy makers should be concerned with the underlying dynamics at work, not merely the static conditions in play at any given moment. The best policy recommendations will be based on observable trends in Chinese behavior, not just snapshots of single issues or the headline-grabbing moments. If we consider ‘international norms’ a constant value, than at any given moment a country’s behavior will be above, in-line, or below acceptable global standards. If we chart that behavior over time, we should be able to come to an understanding of that country’s long-term convergence or divergence with this larger norm. Placing various singular issues (aid, trade, arms sales, etc) in the context of one concept – “International Norms & Behavior,” – we can discover an elevated analytic understanding of a country’s influence in the international system.

While international activity remains dynamic, we can safely assume that a country largely acts within a consistent range of behavior. Countries that are active in international institutions, in-step with human rights practices, and usually regarded as positive influences in the world may generally exist above the international norm base line. Countries like Sweden come to mind. Those that blatantly violate international agreements and practices abusive domestic practices are generally well below the norm. North Korea is an obvious choice. In our case, the rising green line represents the sum of Western/OECD norms governing international relations toward emerging markets/developing countries. Conceptually, this line would be the sum of domain-specific regimes – trade, aid, diplomatic engagement, human rights and so on. As a heuristic, the point is that over a long enough period of time a country’s course of convergence or divergence towards these norms should be the primary factor in judging that nation’s influence in the world.

For the China-Africa debate, this focus on long-term behavior should remain at the center of all policy considerations. Our model takes a very heuristic approach to the question, and scholars will draw different conclusions about the country’s role in the region based on their own findings. This alternative way of framing China’s influence, however, may lead to more levelheaded analysis when the focus remains on enduring and observable trends. From economic issues (total China-Africa trade increased by over US$100 billion in the last ten years) to cultural exchange (24 African students studied in China in the 1950s; over 5500 came in the 1990s), the lasting trends of the relationship are the fundamental issues for analysis. Do we see a China moving towards convergence with international society, or should we remain wary of an increasingly visible alternative to the current global system?

Ernest J. Wilson III is Dean of the USC Annenberg School for Communication and Journalism.