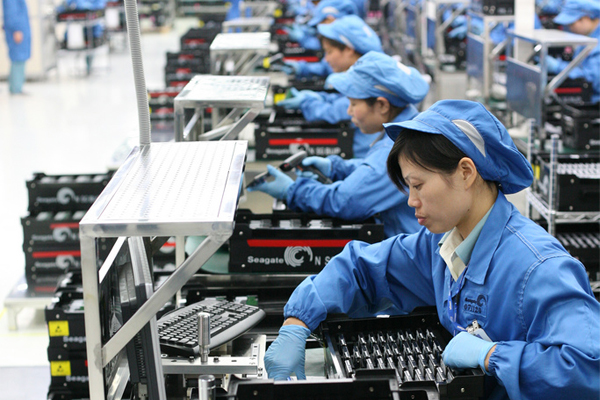 A New Outlook for Chinese Laborers

The shifting environment for Chinese laborers brings new incentives for workers and challenges for companies.

The labor unrest that struck China in 2010 has raised awareness towards the working conditions that migrant laborers face within Chinese factories. In May, 1,900 Chinese workers went on strike at the Honda Production Plant in Southern China, and Taiwanese manufacturer Foxconn notoriously dealt with multiple suicides during the same time period. Such incidents have served as a catalyst for change in the conditions and pay for such workers, where both Honda and Foxconn have since raised wages over 20 percent in response to their workers’ unrest. In addition, some coastal factories reported even greater wage increases of up to 40 percent.

However, this recent surge in both turnover and wage costs appears to be threatening the livelihood of many Chinese companies which are unable to sustain the healthy profit margins they have had since the privatization of the economy in the 1980s. Several foreign and Chinese commentators argue, “The end of cheap Chinese labor may be near.”

Although the total labor force in China is around 800 million, few workers have the skill set and qualifications that export-oriented manufacturers’ desire. At a toy factory in Southern China located in Shenzhen, workers are greeted by a large red banner advertising “employment opportunities” in large bold font. On weekends, personnel from the human resource department are stationed outside the factory to conduct informal recruitment on sidewalk pedestrians. However, such efforts appear futile as the town is lacking in viable candidates.

BusinessWeek reiterates these circumstances and states, “For most textile, toy, and tech-assembly jobs, for example, export-oriented manufacturers prefer women from 18 to 25-years-old or people with experience operating machinery.” Consequently, the skill base of China’s labor force “does not meet the demands of a rapidly growing market.”

As a result, management has even been forced to outsource production further inland, and has since raised salaries by 30 percent from the previous year to match the market price for labor. It is now looking to outsource to countries such as Cambodia and Bangladesh where salaries are a sixth of Chinese wages.

Of the 500 workers from the aforementioned toy factory, many have come from rural suburbs to seek higher wages, with the sole goal of becoming prosperous and returning home. Comparative to wages earned in the country, the appeals of commercialization and urbanization outweigh the benefits from working in the countryside. Overtime, severance payments, social security and health insurance are just a few of the reimbursements workers can gain while working in a factory. Although the minimum wage in Beijing as of June was approximately 980 RMB per month, the average pay of workers at factories in Southern China range from 1000-2000 RMB depending on skill and production level. This is equitable to US$140 per month. Rising labor costs also appear to have had a large effect on coastal factories, which have had to raise their wages in order to fill positions and tempt workers away from inland areas.

As migrant workers leave the countryside, they move into company dormitories and are housed adjacent to the factory. The employer subsidizes housing, while workers of a higher ranking may receive larger rooms and air conditioning. According to ICTI standards, men and women are housed separately. Many factories even suffer a loss when providing housing to their employees, as accommodation is highly subsided in order to attract skilled workers. Similarly, the factory also subsidizes meals. A total of three meals are provided daily, and employees pay 120 RMB per month for food privileges which equates to US$13 per month for 90 meals.

Work at any factory is highly regimented and institutionalized. Workplace hierarchy within the factory is indicated by the color of shirt worn by employees, and superiority and rank is proudly displayed and publicized. At this particular toy factory, employees clothed in yellow represent upper management, red are representative of middle management, and blue is indicative of all remaining subordinate employees.

With their skills in higher demand, the working class is more willing to voice their concerns regarding pay and working conditions, consequently heightening job mobility and job turnover rates. A recent survey of 5,000 migrant workers in Shenzhen by the All- China Federation of Trade Unions (ACFTU) found that workers under age 30 changed jobs twice as often as their older colleagues. At some mismanaged factories, turnover rates can even peak at 50 percent. Thus, as migrant workers perpetually move in search of better situations, management is burdened in constantly training and educating new employees, which hinders factory output.

As Alexander Harney, author of The China Price: The True Cost of Chinese Competitive Advantage, states in an article she wrote for Bloomberg, “The challenge, for China and the companies that depend on its factories, is finding a way to keep those workers happy and in one place for longer.”

The impact of the 1979 One Child Policy will also undoubtedly push up labor costs in the immediate future as a bottleneck population trend emerges. The reduced supply of young laborers will give workers increased bargaining power. Currently, there is already a wide shortage of factory workers in China, and employees can even receive 250 RMB for referring a friend to the factory.

Nonetheless, when examining the conditions of laborers within Chinese factories, the western influence of consumerism is palpable. Disposability of consumer products and the demand of cheap goods drive much of this action. As labor costs continue to increase, such expenses will soon be reflected in market goods. Citigroup reports, “the continuous growth of labor costs in China, even at a moderate pace…is likely to have implications for inflation worldwide.”

Ming Hon is a sophomore at the University of Southern California majoring in International Relations Global Business. Hon wrote this article as part of outreach for the 2010 Global East Asia China program, which is funded by a grant from the Freeman Foundation and administered by the USC East Asian Studies Center.