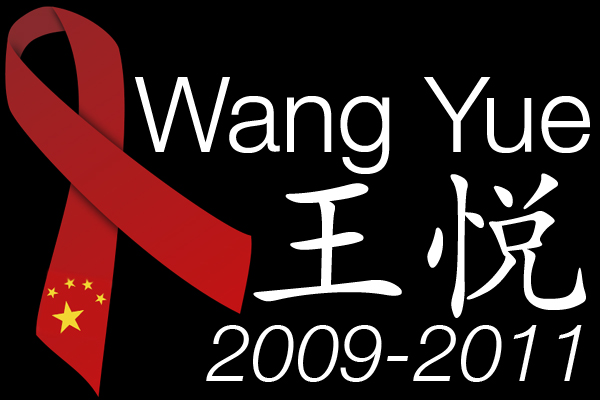 2-year-old Chinese toddler Yueyue was struck twice by trucks on a market street in Southern China and ignored by witnesses. Surveillance cameras captured the incident as the first truck ran over the child, stopping after the front wheels rolled over her body, and then drove over her with the back wheels. Another truck later drove over her as 18 bystanders ignored her as she lay injured in the street. A woman identified as a scrap collector pulled her aside and sought help. Yueyue died one week later from brain and organ failure at Guangzhou Military Hospital. The accident has sparked public outrage over the apathy of those who ignored the toddler, and whether it stems from Chinese culture or the country’s rapid modernization.

“Lack of materialism is not because of communism, lack of ethics is not because of communism, moral collapse is also not because of communism. The tragedy reflects the malpractice of how China has been developing all these years. To change this, Guangdong must earnestly implement the scientific concept of development, be people-oriented, and deeply reflect on the lack of the development concept.” –Wang Yang, Secretary of Guangdong Province as posted on blog.sina.com.cn
“The two drivers are guilty and so are the first 18 people who walked by. Why doesn’t the country establish a law to punish those who refuse to lift a finger to help people in mortal danger? …When morality holds no sway over cold-hearted Chinese people, what else can we do but turn to the law?” –Moyao, Youku User as quoted in the Wall Street Journal Oct. 18
“I’ve got a theory. Such kid deaths happen *very frequently* in China. It’s just that they got no media attention before the Yueyue case.” –Kane Gao, Twitter User, Beijing
“I want to know how her parents and her brother are doing. I lost a child 10 years ago and I still feel the pain, and she died peacefully, I can’t imagine watching her suffer and then losing her. The news just stopped reporting on her family and her rescuer, they are looking for similar cases and convictions of the drivers. But how is her family doing? Are there or have there been any services for YueYue? Has any thought been put toward building parks with fences so children have somewhere to play besides the streets? 2 more babies died in this same area this same way since YueYue, the only difference is less public attention and no videos. There is a problem here besides just the passers by. RIP YueYue.” –Anna Thacker, as posted on RIPYueyue Facebook page
“On the blogs and even the official news sources, there is discussion about Chinese people who begin to lose their way in this material society. Outside of China there is discussion about maybe that this is something distinct about Chinese culture. I have concerns with both of these perspectives. The first is that I have been going to China almost 20 years, and I always saw these things happen. So this goes against the idea that now people care more about money. In terms of Chinese culture, I think of course it is horrific, but there are countless things like this happening even in developed countries, so it is not something only happening in China. There are constitutional laws that can be changed. There are gaps in laws. There are problems with laws. It is a far more complex thing than just soul-searching, and my concern is that it is becoming more about the cost of development, or that it is a Chinese cultural thing, I think both of those arguments are problematic.” –Timothy Hildebrandt, International Relations Professor at University of Southern California.

“My first question is what Yueyue’s parents were doing at the time the accident happened and I cannot find any answers online. Her Parents, while they looked after this injured girl, were busy with getting interviewed and posting messages on Sina Weibo. Did any journalist consider about how a two-year old girl ran into the street? Yueyue’s guardians in fact took an unescapable responsibility to her death, they are the ones who should feel shame.” –Ningmo, writer for column, Females Commentate News, as posted on Lady NTES

“It is quite rare to see anything like this happen in Western countries, even in the old days. we always advertise our so-called socialism morality, which is very different from the capitalism morality, is this what it is? I remember once I was taking a friend to the airport, and the car broke down at the toll station. None of the passing cars stopped to ask if we needed any help, besides a car from the embassy with an American flag stopped, and gave us a ride to the airport. It was very moving.”–Writer at South News Politics Review, as posted on Weibo

“RIP Yue Yue ,may the first driver who is the biggest piece of scum and a murderer get very bad things to happen to him as he knew what he was doing while you were innocent and helpless.” –Lee Gray, as posted on the Yueyue Facebook page

“2-year-old girl Little Yueyue was rolled over by two cars in Foshan, 18 pedestrians [ignored the accident]. This has sparked heated debate in Japan. It is hard to imagine such things would happen in Japan. Although the Chinese have money, they are the poorest in terms of morality among all the countries. Only the lowest class of people in China have morals.” –Liao Shen, Evening News as posted on Weibo

“Society is filled with distrust in China today. Especially in the political sphere, people distrust government officials and the effectiveness of policies and laws. In the legal field, public distrust the judiciary. Finally, this distrust extends to the members of society, and expands between each other. As a result, a number of ethical behavior based on moral, became impossible for those people with distrust– Little Yueyue was probably ignored just by such distrust.” –Zhe Si 0203, Fujian, as posted on Weibo

“The majority of Chinese parents educate their children to merely take care of themselves and to get away from any troubles. If a law can be made to punish persons who show apathy, it may help reshape social norms and reform current education.” –Zhu Jiongping, lawyer, Nanjing, as quotes in the Wall Street Journal China on Oct. 24

“Can we not revitalize social norms and values by rebuilding the social environment? Are regulations the best way of solving social problems? The answer is NO. It will become a constitutional issue if we are forced to make laws.” –Yu Jing, law researcher, Guangzhou, as posted on people.com.cn
南报时政评论
小悦悦这样类似事件，可以说在西方国家罕见，在所谓的万恶的旧社会也罕见。我们总是标榜所谓不同于资本主义的社会主义道德观，难道就是这样的吗。记得一次送人去首都机场，在收费站前汽车突然出问题，国内没一辆车停下来问是否要帮助，十分着急时一辆挂美国旗的使馆车停下来把我们带到机场，当时真的很感动.