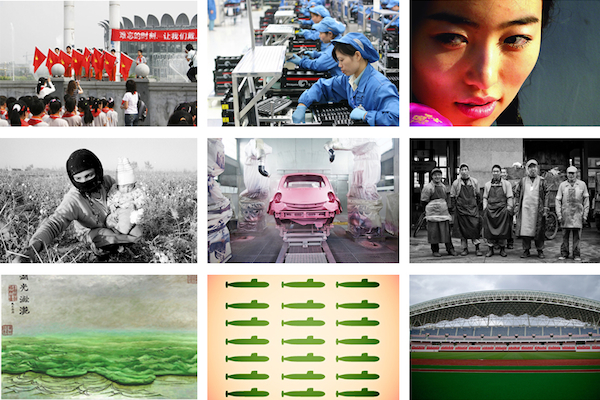 A look back at the biggest stories coming out of China in 2011.

2011 has been a year of contemplation for China. While the country itself has experienced constant transformation over the past few decades, the impact of such rapid modernization appears to be finally catching up to the domestic public. Across the country, moments of introspection have led to both highly localized protests and national debates over the direction of the nation. The government continues to exercise strong control over society and the economy, yet through social media and simple civic action, the public is becoming increasingly vocal in the central leadership’s decision-making. The need to maintain growth while overcoming pitfalls that have plagued much of the rest of the world’s economies continues to test the Communist Party’s leadership at home. Abroad, developments in regional affairs have required leaders to take a more international approach in their diplomatic dealings, yet territorial disputes continue to provoke nationalistic responses from the public and government alike.

As 2012 promises to bring more pivotal developments for the country,US-China Today provides a brief collection of some of the most notable stories making headlines in 2011.

China Overtakes Japan As Number Two Economy
At the close of 2010, China officially passed Japan as the world’s second largest economy. China’s GDP weighed in at $5.8 trillion with Japan at $5.474 trillion. While the Japanese economy has continued to stagnate since the country’s stock market crash in the late 1990s, China has seen over 8% growth since 2000.

Jasmine Revolution
As Arab Spring revolutions spread across the Middle East, similar calls for democratic change sprouted across China. Yet the “Jasmine Revolution” was characterized more by the Chinese government’s extensive crackdown on dissidents, human rights advocates and journalists than the political freedom it advocated. Across the country, police confined notable dissidents to house arrest while scattered protests were quickly dismissed. In Beijing, one man was arrested after he laid a Jasmine flower in front of a McDonald’s along the popular tourist street of Wangfujing.

Ai Weiwei & Tax Evasion Charges
While attempting to board a plane for Hong Kong on April 3, artist Ai Weiwei was detained by Chinese officials. His charge – tax evasion. While Ai has long been known for his criticism of the Chinese government, the sudden claim that he owed $2.4 million in back taxes touched off overwhelming international support for the artist. Within the first week of his arrest, nearly $1 million was donated to help pay the fee, some donations coming from large private donors, others from fans simpling throwing cash over the wall of his studio.

Wenzhou High-Speed Rail Crash
On July 24, two high-speed trains collided in eastern Zhejiang province near the industrial city of Wenzhou. The accident killed 33, with 190 others injured. While high-speed rail had been championed as a critical national project, the public was incensed with accusations of official corruption and gross negligence that may have led to the accident. In February, Liu Zhijun, head of the country’s Railway Ministry, lost his post following charges of corruption. The collision sparked off a national debate regarding the pace of industrialization in China and what shortcuts had been taken to sustain the country’s growth. A few weeks later, a subway crash in Shanghai injured 200.

China Launches 1st Aircraft Carrier
After nearly a decade of refitting the former Soviet carrier Varyag, China launched its first aircraft carrier for sea trials on August 10. The vessel, purchased from the Ukraine in 1998, underwent extensive renovation before its launch. The craft’s unveiling heightened tension among China’s southeast Asian neighbors, with territorial disputes in the South China Sea continuing to mount. In comparison, the U.S. has 11 aircraft carriers.

Yue Yue
2-year-old toddler Yueyue was struck twice by trucks on a market street in Guangzhou and ignored by passersbys. Surveillance cameras captured the incident as the first truck ran over the child, stopping after the front wheels rolled over her body, and then drove over her with the back wheels. Another truck later drove over her as 18 bystanders ignored her as she lay injured in the street. A woman identified as a scrap collector pulled her aside and sought help. Yueyue died one week later from brain and organ failure at Guangzhou Military Hospital. The accident sparked public outrage over the apathy of those who ignored the toddler, and whether it stems from Chinese culture or the country’s rapid modernization.

Housing Prices Fall Across Country
In cities across China, the prices of new homes tumbled as government planners sought to ease what some see as a widespread property bubble. While construction of new residential space continued on as the government sought to protect the economy from the global slowdown, an estimated 64 million apartments sat empty across country, most unaffordable to the larger public. The fall in prices has angered many new homebuyers, sparking protests and some police clashes in larger Chinese cities.

Wukan Protests
In September, citizens in the small Guangdong village of Wukan gathered outside the local Communist Party offices to protest the sale of land they claimed was sold to developers without proper compensation for or agreement from the community. As the protests wore on, a small group of citizens were appointed to negotiate with the local government, but after the sudden death of one negotiator while in police custody, a full-scale riot erupted. By mid-December, local officials had fled and all access to the town had been blocked.

Kim Jong-il Passes
At the age of 69, North Korean dictator Kim Jong-il died after years of declining health. Kim came to power in 1994 and is credited with the development of North Korea’s nuclear weapons program. As North Korea’s sole economic and diplomatic ally, China has to balance the needs of its struggling neighbor while maintaining positive relations in the region. Increasingly belligerent behavior from the new North Korean leadership or a potential state collapse would place China in a very precarious situation.