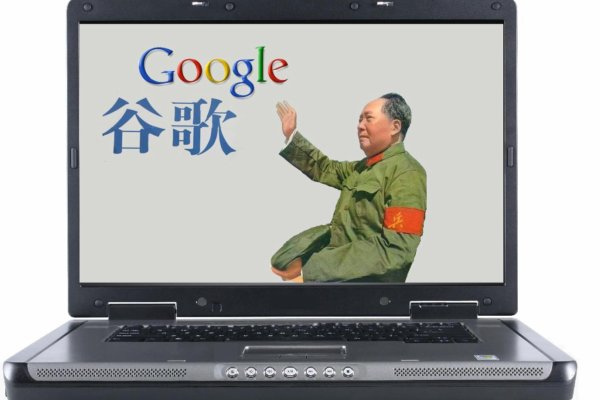 By 2015 there will be an estimated 750 million Chinese Internet users. That’s over double the population of the United States and numbers are expected to grow.

When Lucia Ho, a young professional in Beijing wakes up in the morning, the first line of action is to reach for her laptop and check her e-mail. During her commute on the subway, she reads the news online with her cell phone. At work, she collects information through online databases. After a long day, she relaxes by watching online videos and checking Sina Weibo at home. And so the cycle goes on, not just for her, but also for half a billion Chinese citizens using the Internet.

According to the iResearch Consulting Group, the projected number of Internet users in China will reach over 750 million in 2015. That’s over twice the population of the United States. Data from the China Internet Network Information Center (CINIC) shows the year-on-year increase of Internet use since 2004 with today’s number, which represents almost half of the population in China.

In the realm of cyber space, Chinese citizens are increasingly partaking in blogs, videos and online payments, pushing the boundaries of Internet limitation. Their online voices are active and loud as reactions to news such as the hit-and-run of the toddler who died amidst 18 onlookers, the train crash in Wenzhou and the currently disputed Diaoyu islands engulf social media platforms and discussion forums. Sina Weibo, a microblogging site, currently has over 100 million registered users. Their net profit for the second quarter of 2012 was $33.2 million and grew 223.8% from the previous year.

“Weibo is a mix of Facebook and Twitter, so engagement methods should be generally the same,” says Rand Han, Founder and Managing Director of Resonance China, a leading social media and branding agency in China. “I’ve always thought of social media as ‘newsletter 2.0’; the strategy being to entice users to subscribe or follow so they can be messaged later cost effectively.” When asked why microblogging is important, Jiangxi province native Carole Zhou replied, “I use it to get information and connect with friends; I rarely read the news these days since I follow all of my sources on Weibo!”

Microblogging isn’t the only popular activity as people are also quickly catching on to shopping, reading news and watching videos. A joint research report by CTR Market Research and Taobao, China’s biggest online retailer revealed that China’s online shopping household spent an average of 386 yuan (US$61.00) on fast moving consumer goods in 2011. Popular online video sites such as Youku Tudou Inc. managed to attract over 300 million viewers, becoming increasingly competitive with the highly monitored domain of television. Other traditional forms of media such as print are being rejuvenated online and digitally repackaged as apps. Despite the flurry and volume of Internet activities, the average time spent online hovers at 18.7 hours a week. 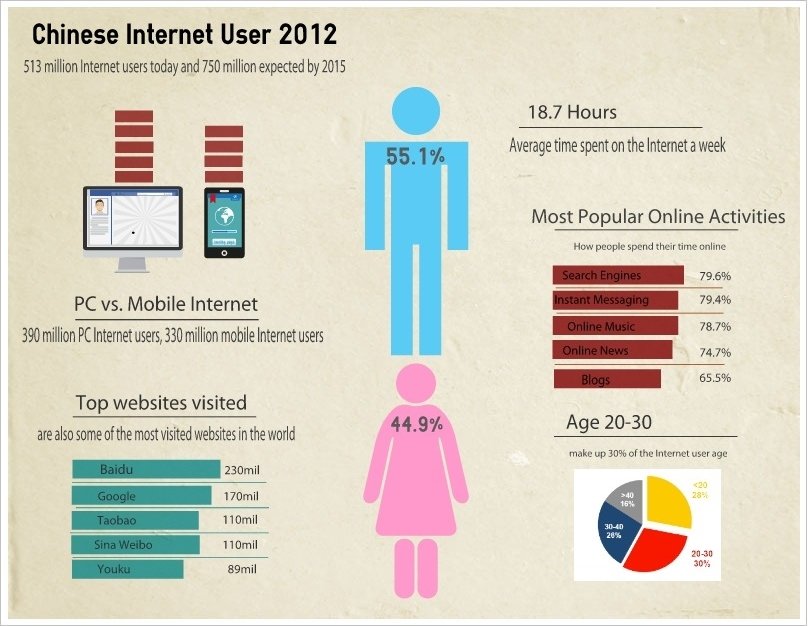 While most Internet access happens through the computer, mobile Internet has exploded over the past few years with users exceeding 300 million. Numbers for mobile Internet users are growing in direct correlation with demands for smart phones and tablets in the market. Internet search engine giants such as Baidu, SoSo and Sogou remain the primary search engines for mobile devices as well with popular searches including webpage content, image, music, videos, apps and maps. Sina Tech has claimed that China’s mobile Internet revenue reached 15.87 billion yuan in the first quarter of 2012, making mobile Internet the fastest growing sector in the Internet economy.

The main difference between PC and mobile Internet users is the fundamental objective for accessing the Internet. While those who use the PC generally have more time to surf the web, mobile users tend to want instantaneous service and specific searches. This disparity leads iResearch to further predict that the mobile carriers must improve their network to satisfy their growing customer base.

During the Global Mobile Internet Conference in Beijing, it was announced that China officially has over one billion mobile subscriber accounts. The recent launch of the iPhone 5 and the high popularity for other smart phones such as the Android propel competition between the major cell phone service providers: China Mobile, China Unicom and China Telecom. As a relatively novel service with growing users, investors and venture capital, mobile Internet will continue to make technological progress.

How is the government responding to the relentless Internet burst? Despite occasional crackdowns on social media sites owned by Sina Corp and Tencent Holdings, maintaining a level of control over half a billion Internet users is a difficult feat. “With the ever-growing safeguards put in place it’s doubtful government will shut social down,” says Han, “but you can bet that their ability to monitor and nip potential destabilizing political issues in the bud will be increasingly sophisticated.”

“Globalization will require China to become more innovative,” says Massie Hu a research analyst at Media Planning Group, “extending Internet access is the first step in opening up a whole new world of possibilities, information and inspiration for the Chinese population.”

The widespread use of the Internet will also benefit expanding businesses and help operations become more efficient as information travel and international communication become instantaneous. “Forward thinking industries are the benefactors,” says Han, “and forward thinkers tend to be on social.”

As China transitions from its industrial growth model to one that is more developed, the number of Internet users across different platforms and regions will also increase. With over 1.3 billion people in China, businesses are looking toward the Internet to identify and interact with the nation’s potential clients and consumers.

Han distinguishes that in the West, consumers have had a longer relationship with brands since childhood, whereas in China, people are coming into contact with brands all at once. Han asserts that the best way for western businesses to break into the Chinese market is to, “first communicate. Second, find the audience. Third, build channels and bend brand DNA enough on a daily basis to connect with the newly minted Chinese consumers.”

The average Internet user in China will be solicited by many enterprises, be able to navigate the vast digital domain and hold the power to determine the direction of Information Technology.

This morning, the bus is packed with heads looking downward at electronic devices, amongst them Lucia Ho stands reading news updates from her phone. Whether she realizes it or not, her engagement is confirmation that the Internet has become an integral part of the Chinese lifestyle and an invaluable portal connecting China to the rest of the world.