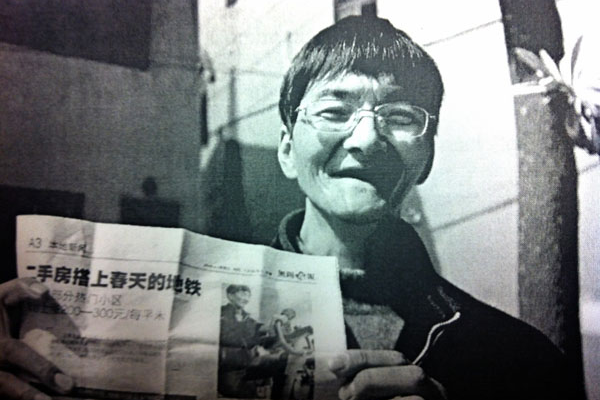 Reconstruction of Life: Huang Yongzhao and his cancer survival club

By Huang FangniNovember 8, 2012 No Comments

Writer Huang Fangni captures the courage and determination of cancer survivor Huang Yongzhao to share a passion for living through his cancer survival club.

A frail and tall man emerged from the concrete corner of the Liutan community. His face, covered with wrinkles, did not accurately reflect his age. As he smiled, however, his eyes told a story of determination and optimism. His name is Huang Yongzhao, a cancer survivor and the creator of “The Cancer Survivors’ Recovery Club of the Liutan Community.”

According to China’s Ministry of Health, the cancer mortality rate in China has jumped by 80 percent over the past 30 years with close to 1.8 million deaths resulted annually. It has become the leading cause of death among urban and rural residents with the lungs, liver, stomach esophagus and colorectal areas being the most common types of cancer. The Union for International Cancer Control has predicted that if global measures are neglected, 26 million more cancer patients will emerge annually worldwide.

Amidst these numbers, Yongzhao’s story is one that brings hope to the lives of many. Although normally reserved in public settings, Yongzhao is exuberant with friends. “Remember to join our spring trip to Zhejiang,” he tells them and most promise to go without hesitation and some joke, “you’re our leader, surely we will follow you!” These friends are members of the club who have encountered near death experiences through various forms of cancer.

Yongzhao’s first cancer news came in 1997 when he was a 35-year-old branch manager at a state owned enterprise. His nasopharyngeal carcinoma (NPC) was discovered at a physical, which he went to after suddenly losing his eyesight. He was optimistic that he would recover quickly since his cancer was found early. Ten years later, he discovered that his doctor thought he would not survive for even one year at the time of diagnosis. He has attributed his survival to appropriate treatment, luck and fearlessness.

During his annual physical in 2004, Yongzhao was diagnosed with lung cancer and underwent difficult treatments that made him lose all of his teeth, body weight and job. It was during this time that he considered the idea of creating a club for cancer survivors in Liutan village. Often confined to his home alone, Yongzhao claimed that, “I wanted to go out and have a short trip out of town but my relatives were too busy to go with me. So I stayed at home all day, and there was no one for me to talk with.”

Liutan is a small village with a population of about 5300 located in the northern part of Wuxi. According to data from a report about the cancer survivors’ club, 80 persons are diagnosed with cancer among the 5300 residents in Liutan. The incidence of cancer in the town is 1.5%, while the worldwide rate is 0.01%.

As an intimate community, it was easy for Yongzhao to track down who had cancer. After realizing that many of them shared similar sentiments, they soon gathered every month and planned activities. “As time went by, more and more people joined us,” said Yongzhao enthusiastically, “we talked about things that happened in our lives and exchanged our experiences in cancer prevention with each other. Our get-togethers became the most important thing in my life and I found a sense of belonging when I stayed with this group of people.”

The club first began in October of 2007 with ten active members who borrowed a room from the Senior Citizens’ Activity Center in Liutan. Yongzhao’s idea for creating the club was supported by the Residents’ Committee of Liutan and he said, “we made a decision to get together twice—on the 5th and 25th day of every month—and I planned to hold medical specialists’ lectures every season as a part of the club’s activities.” 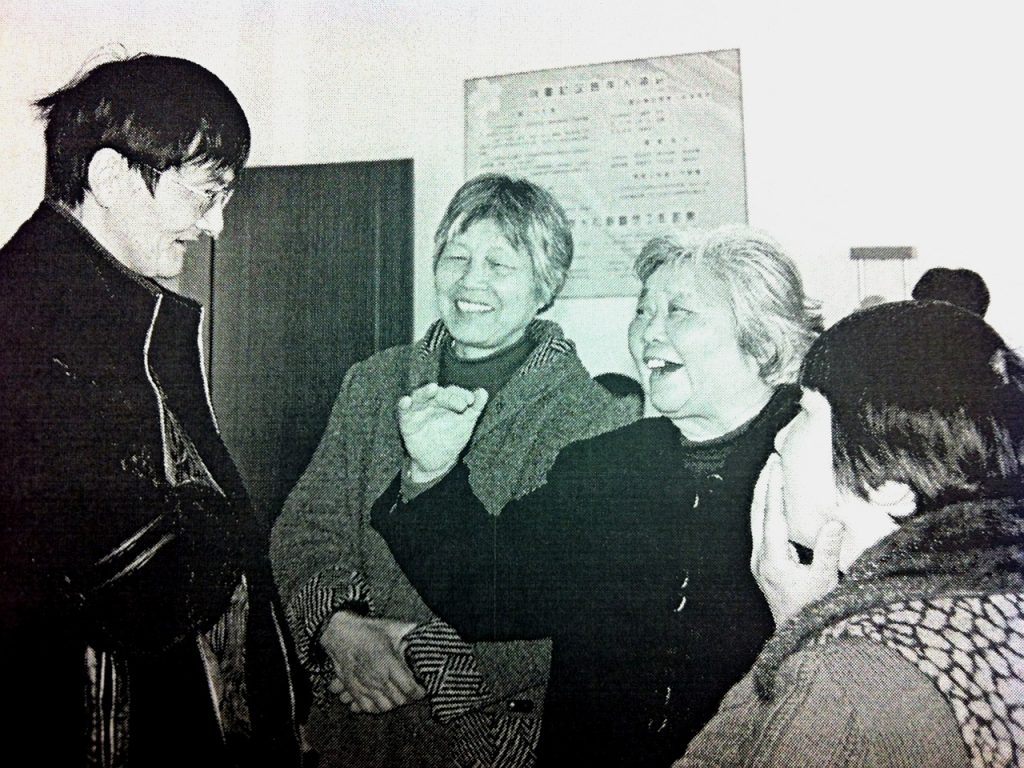 Another characteristic of the club is that members regularly visit and help cancer patients at the hospital. Being able to relate, members encourage patients through their stories, encouraging those afflicted with cancer to still enjoy life.

Zhang Moying, a Liutan housewife, is one of the patients who received regular visits from the club. She was diagnosed with intestinal cancer in 2004 and her husband recalls that, “six years has already passed, but I will never forget the day I saw the medical certificate.” Unfortunately, three years later, doctors found malignant cancer cells in her skeleton and estimated only several months left in her lifespan. “I did not know what I could do at that time. I could only cry,” said Moying, “I kept crying every day and night. I couldn’t accept the fact at all but one day after I finished my crying, I thought my life must go on, no matter how few days I had left. So when my husband asked me if I wanted to meet the members of the cancer survivors’ club, I said I would be happy to meet them.”According to Huang Jingzhen, another loyal organizer of the club, “financial shortages used to be the biggest problem in our club.” Every member would contribute 20 yuan to join the club, however, these funds were logistically insufficient with the number of lecturers and events the club planned to do. “Luckily the residents’ committee helped us a lot financially, “said Huang. Currently the club has 40 active members that participate in monthly gatherings, lectures and new year’s celebrations.

“In my opinion, the most important meaning of the club is that it gives us a new pursuit in our lives, just like having  a new career,” said Yongzhao, “we do not need to stay at home for the whole day and keep thinking about the diseases we have. In the club, we are equal; we don’t need to face the situation of how society regards us. We hope that our club will help residents in the community realize that cancer doesn’t simply equal to death.”

It has been five years since Yongzhao was diagnosed with cancer. Today, his biggest wish is for the Chinese government to pay more attention to cancer patients and survivors. With the creation of more programs such as “The Cancer Survivors’ Recovery Club of the Liutan Community,” the population of those inflicted with HIV and cancer will perhaps feel less ostracized and find the courage to live and enjoy life.

Huang Yongzhao is the founder and organizer of The Cancer Survivors’ Recovery Club of the Liutan Community.