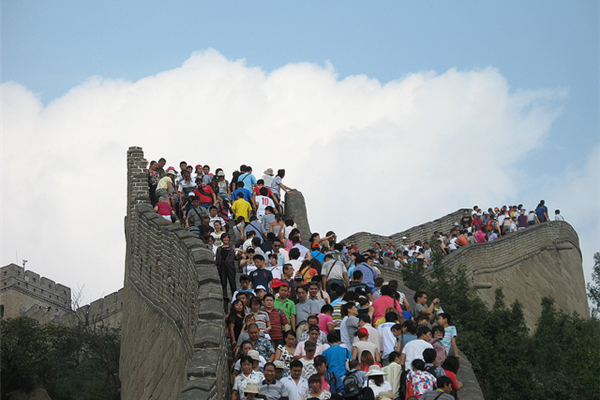 By Amira PerrymanDecember 7, 2012 No Comments

Analyzing the GDP of a country is useful, however, writer Amira Perryman digs deeper to show how GDP per capita reflects standards of living.

China is home to the largest population in the world and inevitably holds the largest potential of fiscal growth. Its GDP (gross domestic product) has grown exponentially faster than the GDP of the United States and is a key global player in the fragile global economy. While the official GDP is an important measurement, analyzing countries’ GDP per capita is a better indicator of their citizens’ standard of living.

GDP per capita shows not only convergence of GDP but also convergence in lifestyles, incomes and other features found in developed countries with high GDP numbers. It also takes into account population growth rates.

Efforts put in by the Chinese government to expand the middle class and increase average annual salaries nationwide has had a profound effect as average salaries have increased in all provinces across China. Reflecting a potentially higher disposable income, living standards are presumably improving with the analysis of GDP per capita.

China’s population is much larger than that of the United States; however, its growth has declined due to regulations such as the One Child Policy. In correlation to the slowdown, the GDP per capita has risen for citizens.

There are many social and political reasons for such rapid convergence.

Take urbanization for example. 47% of China’s population has already migrated to urban concentrations with numbers growing at 2.3% annually. This urbanization rate is a testament to the growing emphasis on industry expansion within the Chinese economy as more people have left their agricultural roots to take jobs in factories.

Provinces with high GDP per capita like Macau, Shanghai, and Hong Kong are based on tourism and international finance. Provinces with low GDP per capita like Guangdong, Jiangsu and Zhejiang have economies based on manufacturing and agriculture. The average salary for those in the manufacturing and agricultural industries are significantly lower than those in the service industry, despite being the main driving force behind China’s rapid growth. The provinces of Guangdong, Jiangsu, and Zhejiang provide the economic industrial model of China that provides cheap exports to the world. While the industries create wealth, it is not distributed evenly throghout the province.

National literacy rates are at 92% with an average of 12 school years. These numbers indicate that the population is well educated and prepared as a skilled workforce.

In contrast to the positive education numbers, unemployment is at 6.5% and 13.4% of the population, roughtly 22 million, live below the poverty line. Poverty in China is becoming a pervasive challenge when it comes to increasing the country’s GDP per capita and improving standards of living.

Despite the spike in GDP growth, the substantial gap between the rich and poor in China is an area of rising concern. In the face of a slowing economy and precarious political moment in change in regimes, socioeconomic discrepancy as a result is held accountable for the widening gap.

While China’s growth has declined to 7%, it remains a global economic powerhouse. State regulations operate the country’s financial performance and rely heavily on investments both domestically and internationally to sustain demands. As demonstrated by the recent drop in China’s economic growth, a new emphasis on developing middle class consumers to increase per capita income, encourage growth in non-industrial sectors and decrease income inequality continue to be made a priority to keep China’s economy thriving.