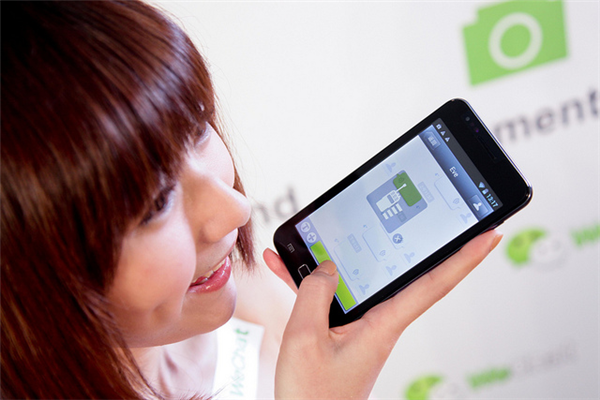 The Rise of Weixin/WeChat

2011 may have been the year for Weibo, however, 2012 was dominated by the rise of the instant messaging and social network app, Weixin/WeChat.

Tina Peng’s phone kept sounding off alerts during her lunch break in the local noodle shop. In between taking bites of her food, she texted feverishly and shook her phone several times. Within five minutes, a young man joined her table and they sat talking and eating together. They were complete strangers–connected and introduced to one another by Weixin–a mobile app that took China by a storm.

Launched in January of 2011, Weixin also known by its English name as WeChat, has taken off with tremendous speed in China’s digital platform. With over 50 million registered users and 25 million active users, Weixin has captured the attention of Internet and smart phone app users. In the third quarter of 2012 alone, over 60 million smartphones were purchased nationwide. Similar to the mobile app of WhatsApp, users are able to utilize a variety of features such as voice chats, group chats and unique meet-and-greet features like ‘Look Around’ and ‘Shake’.

“Mobile is still in the premature stages,” says Stephen Khan, Strategy and Insights Director at MPG China. “While adspending and marketing in the mobile domain is still relatively small, it will grow as smart phone sales go up and apps play an increasingly important role in the lives of the consumer.”

Owned by the digital mogul corporation Tencent Holdings, Weixin has successfully integrated itself in the Chinese mobile sphere with full intentions to expand further into other countries by adding languages such as Portuguese, Arabic and Indonesian. 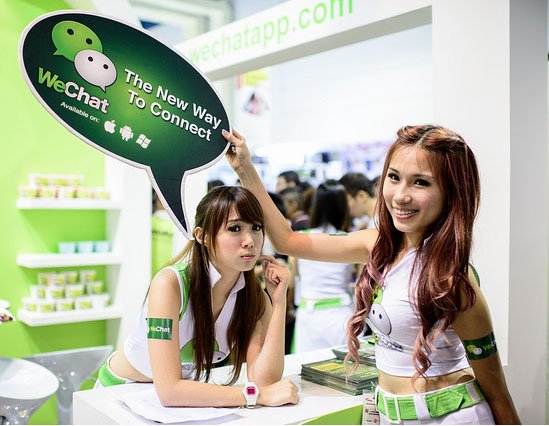 Girls at the WeChat booth at the PC Expo 2012 (Original photo by CY Pixels, Creative Commons)

Weixin has attracted a largely young user demographic through its highly integrated methods of communication and SNS network connections. 76 percent of Weixin app users are between the ages of 22 and 30, the same age group most active on the Internet and social media groups.

The main functions of Weixin include:

Intrigued by the ability to meet strangers and also send easy voice messages to friends, the app was downloaded in staggering numbers. Weixin transformed the way in which the Chinese communicate and has also caught the attention of many corporations seeing potential for digital social media marketing.

“I get bored easily,” says Peng of her social life. “I use Weixin to keep me informed and meet new people. I use it all the time.”

During the Market to Watch: Building Brands Beyond Tier One in China conference in Shanghai, Starbucks chief of marketing Marie Han Silloway announced that the brand instigated their ‘Naturally Awake’ campaign via Weixin to interact with consumers and promote beverages. The campaign received over 3000 comments and Starbucks was praised for exploring Weixin as a marketing platform.  Nike has also launched their “Nike sports daily’ campaign through Weixin to promote a Nike sports festival in Shanghai.

Khan believes that, “features like location based services and instant messaging appeal to the Chinese consumers who are constantly on the move. This is a digital area of great potential for not only individual connections but also as a touch point for many brands to the Chinese market.”

Uncovered marketing potential is prevalent in Weixin and the mobile market in general as WARC has mentioned that mobile advertising in China only accounts for 1.5% of total adspend. While it may be easy to capture the attention of mobile app users, importance lies in retaining their interest and building relationships with a target audience segment for a specific market.

For now, users like Tina Peng are predicted to continue growing and engaging with Weixin to enhance social connections. 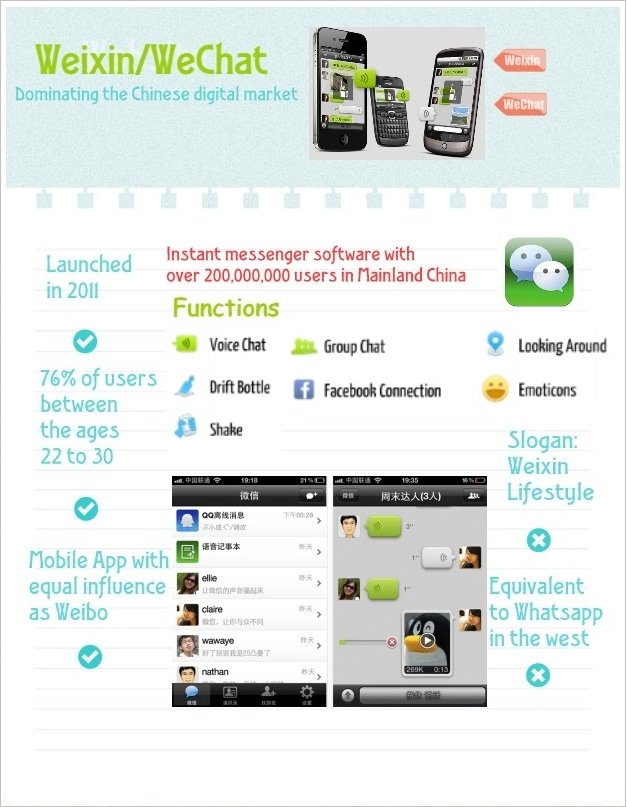