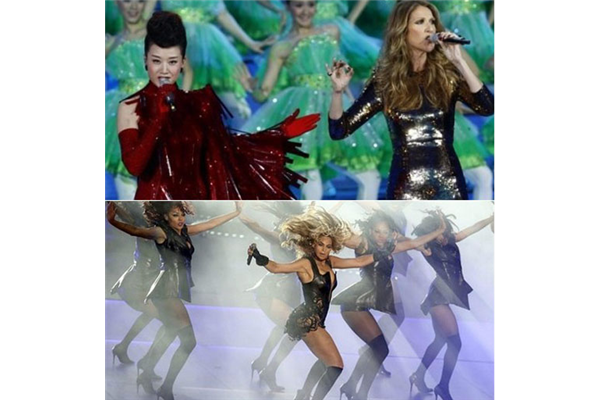 By Jingyang ChenFebruary 21, 2013 No Comments

Writer Jingyang Chen compares the content, viewership and revenue model of the two largest television shows in China and the U.S.: the Spring Festival Gala and the Super Bowl.

The most watched television shows in the U.S. and China aired during similar times this year. The content of the broadcast, however, could not be more black and white. While the U.S. advertising frenzy heightened as the Super Bowl drew closer, China Central Television (CCTV) announced that their Spring Festival Gala would contain no commercial advertisements.

According to CCTV, since launching the “Zero Commercial Spring Festival Gala” project three years ago, at least 1.75 billion Yuan ($280 million U.S.) in potential advertising revenue has been lost as unlike the Super Bowl, this four hour live TV gala has no reserved time slots for commercials. Businesses and brands can only be recognized through sponsorships, product placements or hosts’ speeches, thereby severely limiting advertising creativity. This restriction is a government effort in regulating content and limiting the commercialization of a Chinese tradition.

In correlation with the lunar New Year, the Spring Festival Gala produced by CCTV has traditionally been one of the most watched television programs in China and the viewership popularity is comparable to the attention that CBS receives during the Super Bowl.

While viewership is high, revenue models during airtime differ greatly for both networks. Advertising slots for CBS sold for approximately $3.8 million this year for 30 seconds. Rather than offering quotes for the gala’s advertising, CCTV holds a bid for the spot. The bid held in 2010 raised 650 million Yuan ($104 million U.S.) and in 2011, the bids for the New Year’s Eve count down cost approximately 50 million Yuan for 10 seconds. Broken down, the cost for airing a 30 second advertisement during the gala would equal to roughly $24 million dollars. In 2010 Midea Group, a leading home appliance manufacturing and export company in China won the bid to sponsor the countdown.

Ha Wen, wife of CCTV host Li Yong mentioned to Advertising Age that, “the cost of the gala is paid for with CCTV funds, not with advertising revenue. The gala is not a commercial performance.”

“This year the gala is much better without the massive commercials and product placements,” said Yexian An, a 25-year-old female magazine editor in China. “I can’t tolerate the gala being frequently intruded by advertisements, especially the ones that aren’t relevant to me at all, such as white wine.” Yexian has been watching the gala for 20 years. She recalled that, “the drastic advertising years were from 2001 to 2005.” 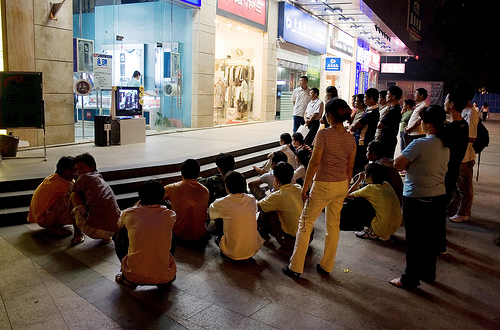 “Most of them are boring and annoying,” said Hao Zhai, a 26 year-old-male viewer who has been watching the gala for 22 years. “I felt like I was losing my patience after seeing three or four of them.”

Similar to the Super Bowl’s rating in the past five years, CCTV’s Spring Festival Gala also maintains over a 30% viewership. This means that about 100 million Americans watch the Super Bowl annually while about 400 million Chinese watch the gala. 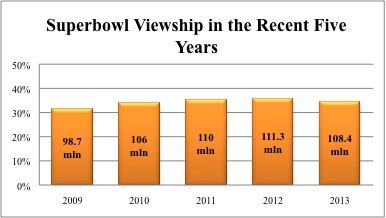 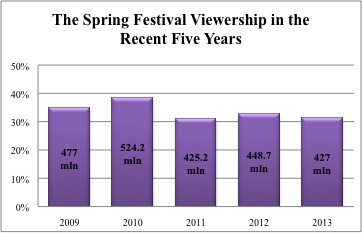 Despite the extravagant shows featuring guest stars like Celine Dion, Psy and Sarah Brightman this year, the public and even the Chinese media such as People’s Daily newspaper called the event a “Passé Gala.” Advertisers and businesses have found other outlets such as the Internet and provincial television networks to run their advertisements during the Spring Festival. CCTV’s Spring Festival Gala may still uphold tradition today as the most viewed television show in China; however, it may only be a matter of time before they are dethroned.