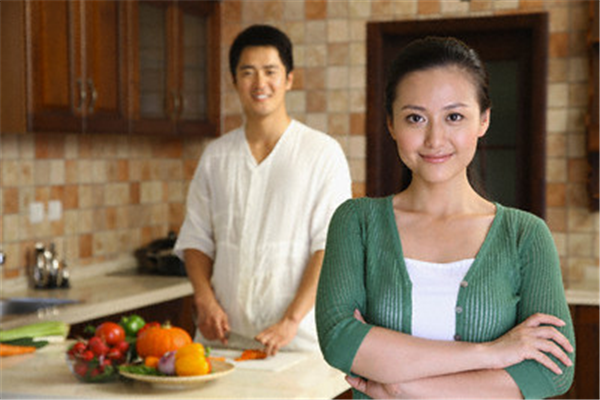 There are more Chinese homeowners in the U.S. today than ever before. Better economic conditions, business ties and easier travel sanctions contribute to this trend. Writer Jue Wang researches the L.A. real estate market and the impact Chinese homeowners have on the county.

The news has recently reported on the U.S. housing market bouncing back from the recession. Here’s one of the reasons why: according to the National Association of Realtors, China has become the second largest source of international homebuyers after Canada.

U.S. international home sales grew 24 percent from $66.5 to $82.5 billion in 2012, 9 percent of which represents the U.S. residential market. Amongst all international real estate transactions, recent immigrants and temporary visa holders comprised of $41.2 billion in sales. Florida, California, Arizona, Texas, Georgia, and New York were some of the most popular states for international investments.

Los Angeles is one of the top destinations for international homebuyers, especially for the Chinese. Data from the U.S. Census Bureau shows that the L.A. County Chinese population has increased 19.47 percent between 2000 to 2010, and currently represents over 4 percent of L.A. County’s population. The California Association of Realtors’ 2012 Annual Housing Market Survey showed that 5.8 percent of home buyers in California were international. Of those buyers, 39% of them were from China.

Cities with a heavy Asian presence within the L.A. County such as Alhambra, Arcadia, and Monterey Park, have a significantly high percentage of non-citizen Chinese residents. “The Chinese investors prefer buying properties in the existed Chinese communities, which is easier for the new immigrants to adapt to the new country,” said Stephen Chan, CEO of the GE Property Development, Inc. a Los Angeles based real estate company.

Chinese Homebuyers in the U.S.
Infogram

According to Chan, U.S. real estate has become relatively cheap compared to the Chinese housing market since 2008. Simultaneously, the value of Yuan rose by at least 30 percent compared to U.S. Dollar. “These two reasons made the Los Angeles market attractive for Chinese investors, and they have been doubling every year since 2009. Mainland Chinese investors now consist of more than 80 percent of all Chinese investors,” said Chan.

Edward Huang, a former senior planner at the Los Angeles Redevelopment Agency, said housing prices for L.A. county cities with heavy Chinese concentrations have experienced little or no price decreases and some cities have even reported increases. “My wife and I have been looking for a suitable property in Arcadia for two years, but we still can’t settle a deal since all the houses are purchased as soon as they are listed on the market. The buyers usually don’t negotiate the price, and most of them pay cash. Sometimes the listed price is only a minimal bid, and buyers need to compete with each other by offering higher prices.”

“Buying American real estate is becoming a fashion for some Chinese to show off wealth and status”, said Huang. “I have friends who traveled to Los Angeles last year, and they bought houses together without planning ahead. They just visited the property and followed their friends to make the purchase, so that they would feel compatible in the social circle.”

According to the mayor of San Marino, Richard Sun, education is one of the top factors that determine Chinese investors’ location choice, since many of them purchase housing for their children who are planning to or currently study in the U.S. “I have heard cases of Chinese investors buying a house in San Marino and leaving their child to study while hiring a caretaker to look after the child. The parents themselves return to China to do their business.”

What are some of the explicit reasons that compel the Chinese to purchase houses in certain areas? “The San Marino public school system has consecutively received the highest academic performance index in the state of California, and I think that’s the major drawing factor for these investors. The beautiful park-like city and safe environment are also the reasons that attract the buyers,” answered Sun.

Tourism has also played a role in drawing more Chinese oversea buyers to Los Angeles. According to the Los Angeles Tourism Convention Board, China has become the number one overseas market for visitation to Los Angeles. “Some travel agencies provide ‘All in One’ combination services that involve shopping, visiting schools, and visiting properties,” said Edward Huang. The Chinese tourists visit schools and buy properties in the same trip to prepare for their children’s stay in the United States. Long term objectives for some parents include immigrating to the United States after their children’s graduation, or simply expanding their source of income through housing investments.

Policies that encourage Chinese business investments in return for easier immigration visas also impact residential markets. “In order to attract investment and create job opportunities, the federal government launched the EB-5 immigrant investor program in 2011, which draws wealthier Chinese immigrants to the United States, “added Huang. The U.S. Department of Homeland Security has reported that 3,000 visas are reserved for eligible EB-5 immigrants each year who invest at least $1 million in a for-profit enterprise to boost American jobs. “Some Chinese travel agents use false advertising by telling their clients that they can get a green card if they buy a home in the U.S., which is legally impossible,” said Chan.

Some local governments have expressed mixed feeling about the increasing number of Chinese visitors and immigrants. “The federal and state government certainly welcome more investments, while the local governments have diverging opinions. The City of San Gabriel, which already has a Hilton and is currently building two more hotels, is ecstatic with the tax revenues and job opportunities generated by the influx of Chinese,” explained Chan, “but the nearby cities without hotels are unhappy about the change.”

Finally, Chan and Huang firmly believe that the trend of increasing Chinese homebuyers will continue since “the Chinese now have longer holidays, so people want to go further for vacations, and the U.S. is one of the top choices.” In addition to the pleasant weather, good living conditions and education systems, the United States’ stable legal system is another reason for Chinese investors to choose Los Angeles as a destination. Huang concludes that the most important factor that drives the Chinese to purchase homes in the U.S. is that, “they feel secure about their investment here. China’s shifting real estate policy and the social instability caused by the income and wealth inequality are making the rich people feel unsafe in China.”