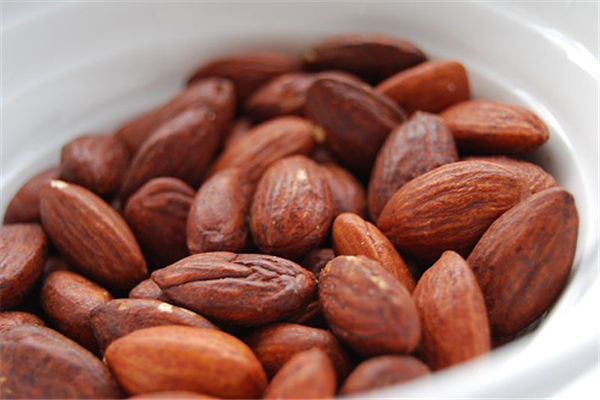 Consumption numbers and demand for California almonds have been on the rise from China. Writer Grace Wong investigates this phenomena from the almond industry.

China’s appetite for most things, including almonds, is becoming increasingly insatiable.The Chinese middle class has been purchasing luxury goods by the millions, bolstering farmers from California who have been swept along for the ride.

Almonds, once served only during special occasions, have become a common snack found in purses and backpacks of Chinese people. In the last three years, California almond exports to China have more than doubled to 236.19 million pounds.

“The 2011 crop was California’s first ever billion pound crop,” said Shandon Griffin, an associate at D&K Orchards, “the numbers will continue to rise as new orchards are planted and young orchards come into production.”

The most recent crop of almonds broke the record for the highest number of almonds produced and sold in a single year at 2.02 billion pounds, compared to about 1.6 billion pounds produced in the fiscal years 2010/2011. The Almond Board of California released its global export numbers this month showing that China, despite a slower import rate, still imported the highest volume of almonds from August 2012 to February 2013.

The increase in demand has also upped their revenues by over $400 million from 2010 to 2011 and created a vast new market for their crops.

Now, the almond industry is struggling to keep up with the demand from Chinese consumers while maintaining the balance between producing too much and too little crop, according to Paul Reynolds, the sales manager of Meridian Nut Growers.

In January 2013, nonpareil almonds were $1.80 a pound, but as of March 5, 2013 they grew to $2.70 a pound for the same kind. Nonpareil are the typical almonds people see in marketing campaigns with a thin shell and large kernel.

“You can see that if you sold all your stuff in the beginning of the year, you would have lost money [you could have made later],” Reynolds said. “You can never catch the top of the market so you try to create an average and meet the demands of your customers. In addition to the overall demand, everyone has individual customers that have individual demands.”

Many almond growers are planting more trees and allocating more farmland for almond cultivation. Since almond trees can take up to six years to grow, growers hope that the demand is still high when the trees are ready for harvesting. Balancing the amount they ship out during the year will also help ensure consistently competitive prices for almonds.

When the Almond Board of California saw the increased demand from China, their marketing became focused towards Chinese customers, ensuring that consumers knew about the benefits and uses of the nut and even changing the name to be associated with a product that would “always put you in a good mood.”

Previously, three different Chinese translations were used to refer to almonds, causing confusion and the purchasing of the wrong nut. For example, mandarin Chinese name for almonds, “xing ren” is also used to describe smaller apricot kernels that the Chinese also consume. Since 2012, the Almond Board of California implemented a correction with the hopes that consumers will not only buy the correct product, but also that their concerns will be alleviated.

In the 2012/2013 fiscal year, the Almond Board of California spent over $52 million dollars on departmental expenses, including research and marketing.

Despite their marketing efforts, some Chinese consumers, like Shanghai resident Zheng HuanHuan, still believe that they are purchasing a domestic product. Sometimes imported almonds are repackaged with Chinese logos, despite the American origin being a potentially positive factor to the consumer. 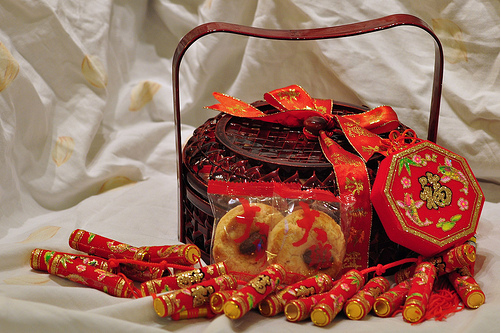 “Usually the packagers will say that the almonds are from California because from what we understand, being a food item from the U.S. is a big selling point because of the safety and the respect that goes towards American food products,” Reynolds said.

Despite the rapid growth, the almond industry is still wary of the market and the potential fluctuations in demand.

“No one, or at least the people we do business with (growers and brokers alike) believes that the market will stay up forever,” Griffin wrote.

Reynolds said despite their target marketing towards individual customers, their day-to-day operations rely on the big picture of the almond industry as a whole and that the mindset of the industry is less about the current situation and more about the future.

“It’s a long term thing,” Reynolds said. “They have to make the best decisions for them that will provide for them in the long term and what will bring them the most income.”

Griffin wrote that she expects China to be a major consumer of almonds in years to come and she expects demand to increase in Europe as well, beyond just importing products for baking and for candies. Reynolds agrees, anticipating demand to rise in other countries.

“China is a piece, but not the whole puzzle,” Reynolds said.