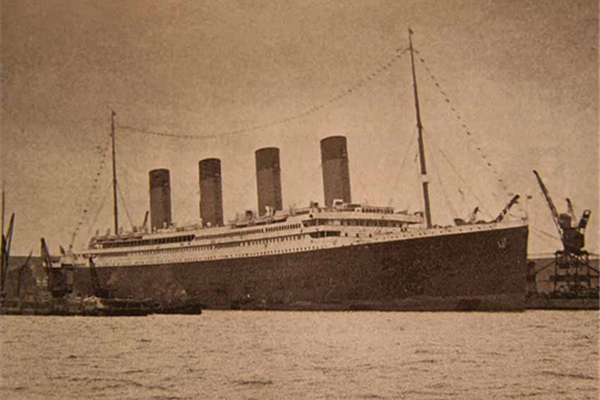 The Titanic will hold a new connection to the Chinese through “Titanic the Exhibition” and the expected voyage of Titanic II.

The famous curved wooden staircase, finely designed dishes, manufactured sea view with flickering stars, and the frigid-to-the-touch iceberg replica evoke memories of the epic tale of the Titanic. Despite being over a hundred years old, the tragic tale still captures the hearts of many Chinese.

This can be seen through the success of, “Titanic the Exhibition,” a display, marking the 100th anniversary of the ship’s voyage, which was staged at the Venetian casino and recreation complex in Macau over the last several months.

At first glance, the Venetian seems to be an unlikely location for a display of Titanic memorabilia. Situated in Macau’s gleaming casino area, the Venetian is a luxurious entertainment complex and a symbol of Macau’s emergence as an international gambling hub.

But there is an explanation – the Titanic’s new relationship with China.

While “Titanic the Exhibition” was being held, Australian tycoon Clive Palmer announced plans to build an exact replica of the Titanic, using the CSC Jinling Shipyard in Nanjing to carry out the project. The project will last from 2013 to 2016, aimed at building a modern Titanic installed with the latest high-tech engines and electronics. 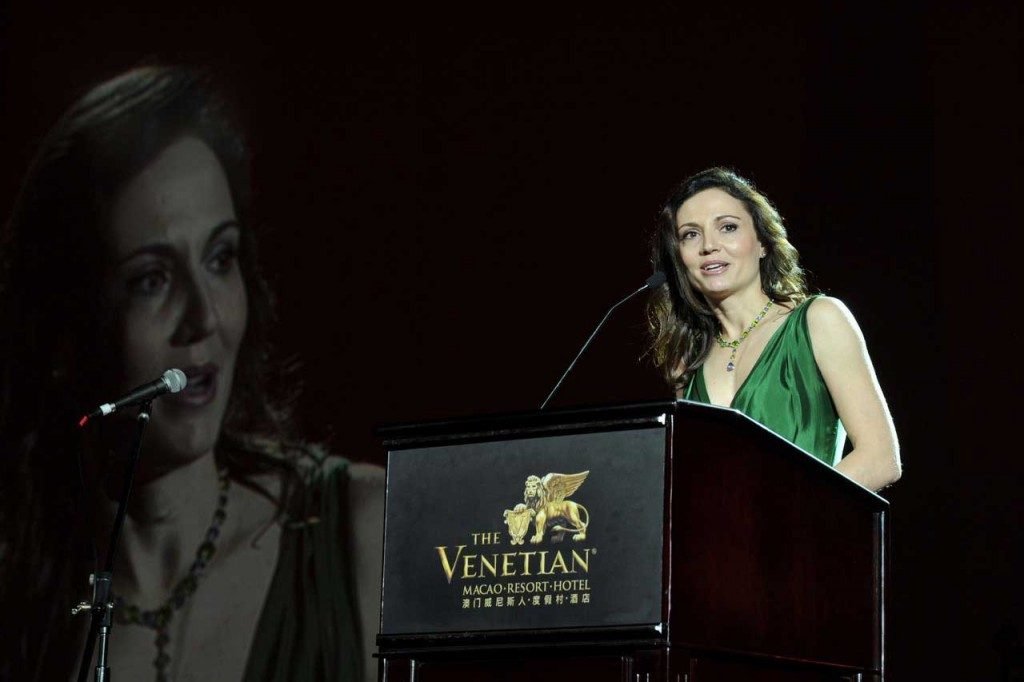 Palmer is planning Titanic II’s maiden voyage for 2016, and the ship will follow the original route, from Southampton, England to New York. Palmer has said that more than 40,000 booking enquiries have been received, with 35 percent of those coming from China.

To promote his venture, Palmer’s company, Blue Star Line (a play on the Titanic’s parent company the White Star Line) threw a reception at the Venetian in February.

A Dream That Never Dies

News on plans for Titanic II only heightened the existing popularity for the ship’s story.

“Everyone can relate to someone on Titanic and the story of her voyage still resonates all over the world,” Tom Zaller, President and CEO of Imagine Exhibitions Inc. and creator/developer of the Titanic exhibition stated in a promotional video. “This particular exhibition really immerses the visitors in the moving tale of the Titanic voyage at every part of her journey, by allowing visitors to experience the sights, sounds and stories as if they were on the ship.” 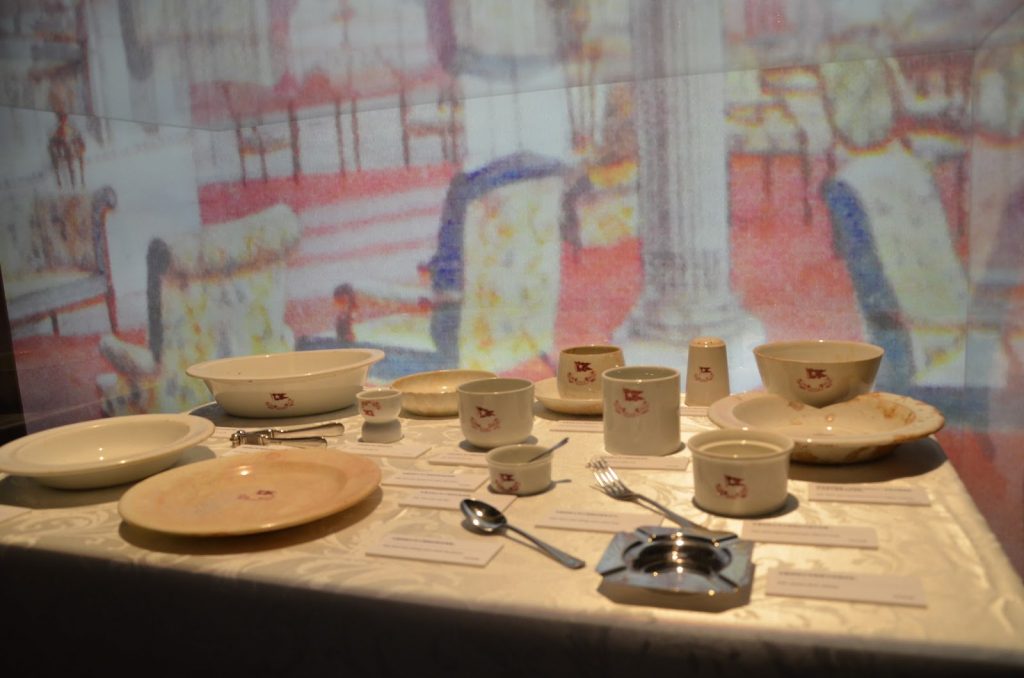 After nearly 15 years, the exhibition team gathered material from four renowned yet distinct Titanic collectors. Ken Marschall, an American marine artist whose paintings inspired Titanic movie director James Cameron, has provided some of his artifacts. Another American collector, Brian Hawley, who focused more on the engineering, technical, and financial side of the story, will also be sharing artifacts. Rene Bergeron, the biggest Titanic collector in Canada, has amassed a collection of the ship’s delicate dishware. One of his most prized artifacts was on display in Macau – a Spode Copland’s gold and cobalt blue cup and saucer. Gunter Babler, co-founder of the Swiss Titanic Society, also provided valuable newspaper clips and old photos.

Grandeur with a Chinese Touch

Originally planned to run from October 25, 2012 to February 24, 2013, the Titanic Exhibition was extended to March 31st, as the Venetian tried to “raise Macau’s stature as the center of tourism,” according to a report in Campaign Asia.

Featuring over 400 items – some originals and some replicas – the exhibition aimed to provide an interactive experience for visitors, with special sound effects recreating the feeling of the Boiler Room and the different cabins. 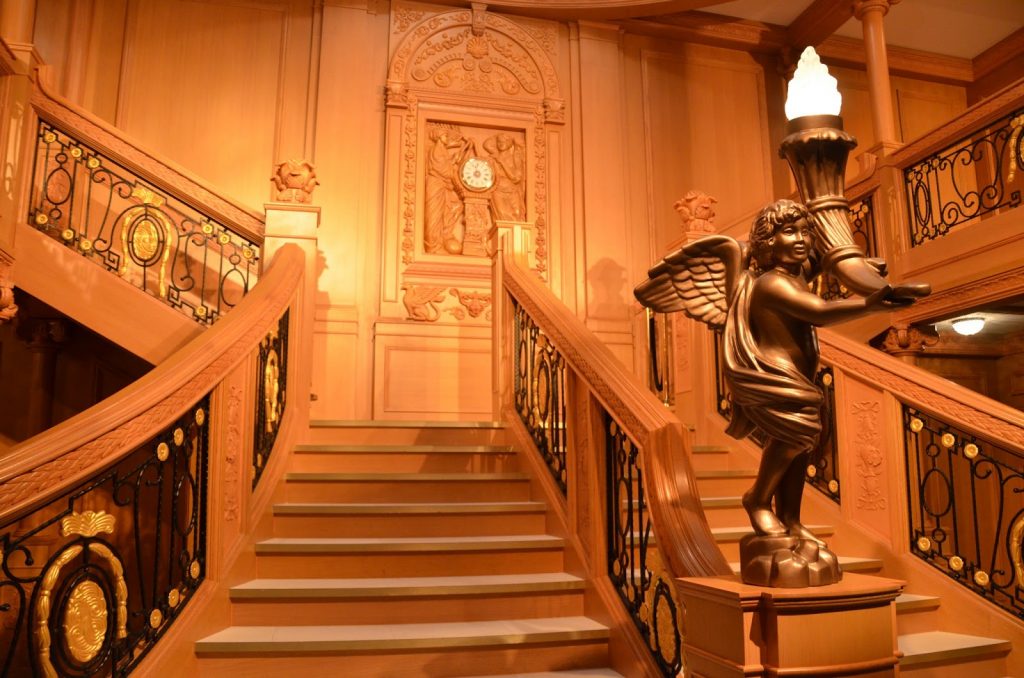 Replica of the Titanic’s grand staircase

Each visitor received a boarding pass with the name of an actual passenger. At the end of the exhibition, they could check whether the passenger survived. “I am Charlotte Wardle Cardeza, an independent bourgeois from Germantown, Pennsylvania,” said one visitor from Mainland China. “Both my friend and I are alive, so it is double happiness.”

Given the audience in Macau – a former Portuguese colony on the southern coast of China – the exhibition also noted the Titanic’s Chinese connections, highlighting eight Chinese sailors who worked on the ship. Six of them survived. It also highlighted four Portuguese victims on board, and displayed photographs of Mazu, the goddess and protector of those at sea and the symbol of Macau. In the past, the locals worshipped Mazu at the A-Ma Temple to pray for safety while sailing the seas.

The exhibition featured the many movies, musicals and documentaries about the Titanic disaster, including James Cameron’s 1997 blockbuster Titanic and Titanic 3D in 2012, which was a huge hit among Chinese audiences.

“We plan to localize the exhibition in other places in the future,” Zaller noted.

Given the enduring appeal of the Titanic legend, those who visited the exhibition had mixed views about whether they would consider sailing on Palmer’s Titanic II.

Mr. Ye, a Mainland China tourist, who visited the exhibition claimed, “If given the chance, I would sail on it, even if the tragedy would recur.”

But other visitors, even those moved by the romantic story were hesitant. Xiao Can, a tourist from Shenzhen, China said, “I won’t sail on it. What if it sinks again?”