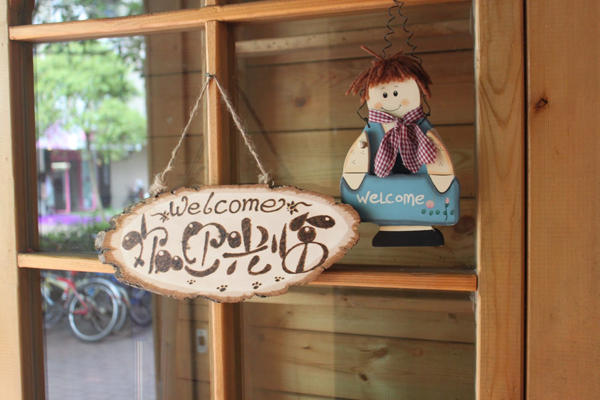 With more and more young Chinese graduates struggling to find work when they leave university, some enterprising students at the Zhuhai campus of Beijing Normal University have gone into business for themselves. They’ve set up shops and restaurants, often on campus on adjacent o it- with the support of the university and the local authorities, who are eager to promote the entrepreneurial spirit.

Cai Yutie is a 23-year-old junior at United International College in Zhuhai, just across the border from Macau. Although Cai is majoring in journalism at UIC, which is jointly operated by Beijing Normal University and Hong Kong Baptist University, he spends much of his time these days running a clothing store he and a friend opened in February on the campus called GreatMe. The store sells clothes and accessories targeted primarily at female customers.

Since opening, the sales volume has grown significantly. Cai was not willing to reveal specific figures, but he said it was enough to pay for his monthly house rent and daily expenses.

GreatMe is of modest size, decorated with soft lights and relaxing music, and gives a sense of comfort for customers who are mainly from inside the campus when they shop. Cai often asks the stylish-dressed college girls about their preferences. 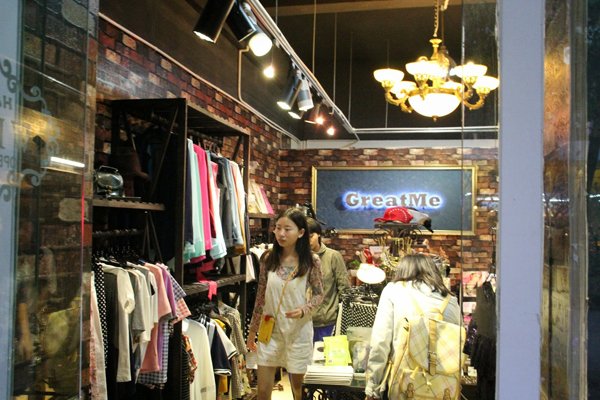 Inside the shop GreatMe, customers look at clothes on display.

Cai is not alone. He is part of a growing number of Chinese college students or recent university graduates who have started their own businesses on or near their campuses – a trend towards entrepreneurship which is being encouraged both by many universities and by the government.

“It is definitely a good trend,” Cai says. “Young people today are free from traditional thinking. In other words, they are no longer single-minded to hunt jobs and see it as the only way to success.

The growing interest educated young people are showing in starting their own businesses is a reflection of the difficulty many new Chinese college graduates face in finding work, or the fact that many young people find entry-level conventional jobs to be either poorly-paid or boring or both.

After 22-year-old Wen Zibin graduated from Shenzhen Institute of Information Technology in 2013, majoring in finance, he got a job in the Shenzhen Provincial Office of the State Administration of Taxation as a contract worker. This was very much in keeping with his parents’ desire that he get a stable job after finishing university. 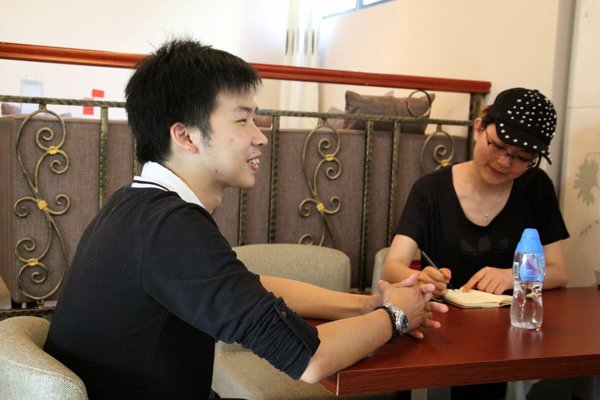 Wen Zibin, one of the owners of the dessert shop Momo

But he found the work boring, and decided to quit when two friends who were graduating from Beijing Normal University’s Zhuhai campus asked if he was interested in setting up a business with them. The three have opened a dessert shop called Momo.

The furnishing of the shop is still in progress but is slowly coming together. Wen credits his two other partners who both majored in design. The dessert they serve is popular with the young today. To attract large number of customers and guarantee the flavor, they learned from various cuisine schools and pastry cooks from different cities. 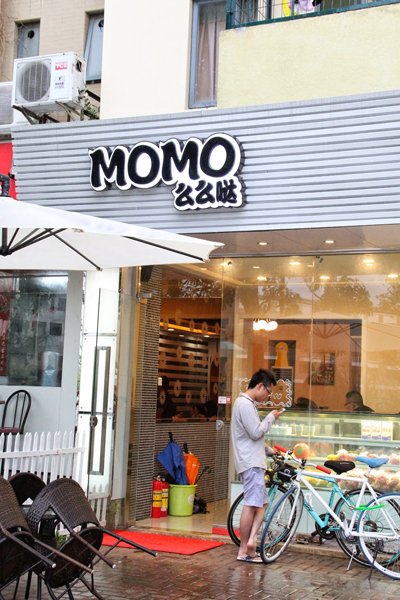 “Sometimes I wanted to give up”, Wen said, “but every time when we found a solution, it built up our sense of achievement and encouraged us to keep going.”

However unconventional this career path, many students say their parents have been supportive, and even provided initial funding.

However, the trend has also received support from the government of Guangdong province. In 2013, the government introduced a new policy to encourage student entrepreneurship. The policy offers graduates who set up their own businesses with three years of finishing university an annual USD$1283 tax cut.

If the venture involves at least three graduates, those involved can also apply for an annual USD$481 subsidy.

However, according to Yan Weiguo, the director of the Graduate Employment Service Center of BNUZ, the newly released policy is still far from mature, and is often difficult to implement. Yan uses his position to reach out to students with entrepreneurial intentions and creative ideas. He also said that the university is stressing innovation, and that student entrepreneurship will play an important role. This will include preferential policies to support students business ventures if they come up with proposals the university finds feasible and innovative. 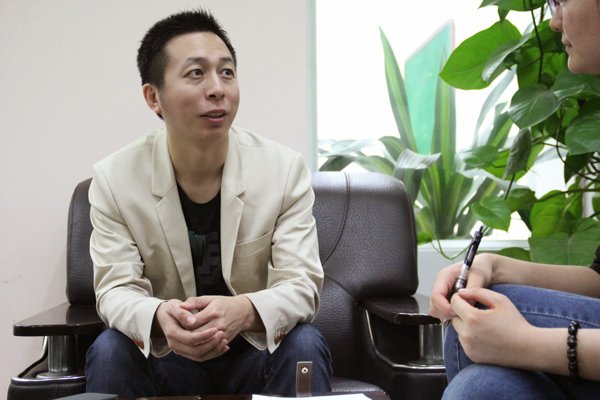 Yan Weiguo, the director of the Graduate Employment Service Center of BNUZ.

In addition, all students except freshmen are now required to take a course called Entrepreneurial Basics. Regular lectures are also held where successful alumni can share their entrepreneurial experience and offer guidance.

With the growing popularity of students setting up business, Yan stressed that students should think before they leap. He warned students against blindly following the trend, and noted the importance of correctly understanding the concept of entrepreneurship. He also said that students should cherish their school days and make full use of the school resources

Still, this new entrepreneurial spirit is a reflection of the way some in China’s younger generation are challenging conventions. But standing out in in the market remains a big challenge. As Director Yan noted, it is easy to open a shop but hard to keep it open.

Trista Qiu Peimin, Lin Genyu, and Tina Xu Fei are graduate students in the Department of Communications at the University of Macau.