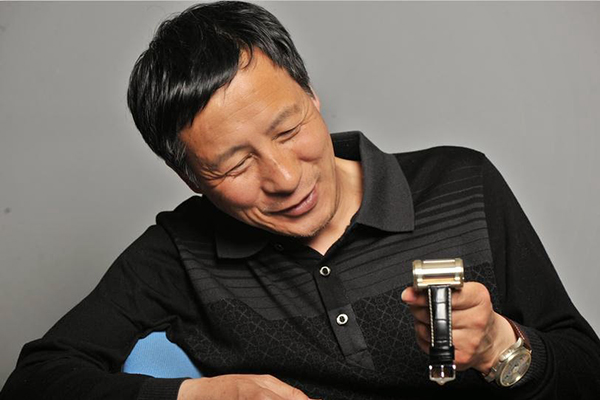 By Vincent Sun ZhichuAugust 4, 2014 No Comments

A profile of Ma Xushu, who is the only watchmaker in China certified by the Switzerland based Académie Horlogère des Créateurs Indépendants. He has been recognized for designing and manufacturing his own unique brand of watch despite the difficulties of doing so in China. 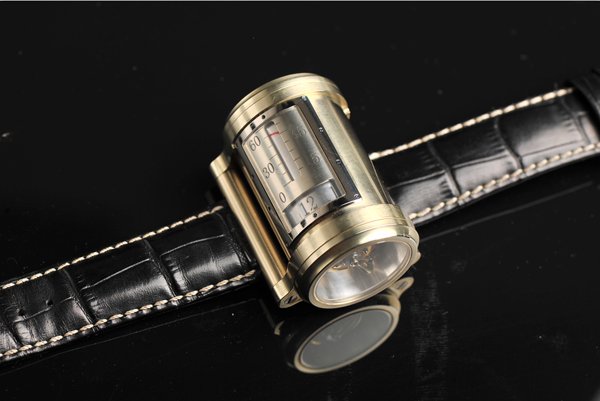 Ma gained this recognition by designing a watch without needles where people can read the time the way they read a thermometer.

To be accredited as an independent watchmaker by AHCI, firstly, you must assemble your originally designed watch with all the necessary components, such as gear, balance spring, etc. AHCI will then evaluate the watch’s creativity and originality, decide if they approve the candidate as an identified independent watchmaker. 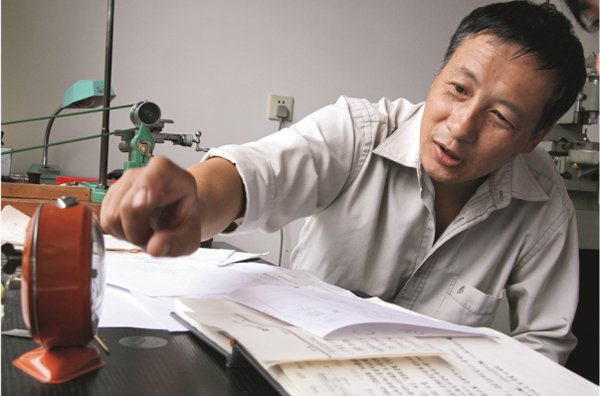 When Ma Xushu was 53 – close to retirement age in many minds, he decided to be a watchmaker. Quitting his job as an engineer, he rented a small place in the countryside near Beijing, purchased a few key machines, and began his watchmaker’s journey.

“Making watches is where my passion lies,’ he said. “ I always intended to make a unique timepiece. But I was not so anxious to make it happen. Like climbing mountains, when I saw a small one, I managed to climb to the top. But then I saw a higher one in front of me, and I climbed one more time.” Ma said.

When Ma was young, he enjoyed repairing watches. He spent a great deal of time studying the internal design of watches. Over time, he became dissatisfied with just repairing watches, and hoped that someday he could make an original watch himself. For many years, he worked as an engineer at the Beijing Watch Company. But in 2005, he finally took steps to turn his dream into reality.

According to AHCI’s rules, a certified independent watch maker must not work for any watch company. In Switzerland, independent watch-makers have a fund to support their careers. Support can come from many sources, including the government and individual watch collectors. 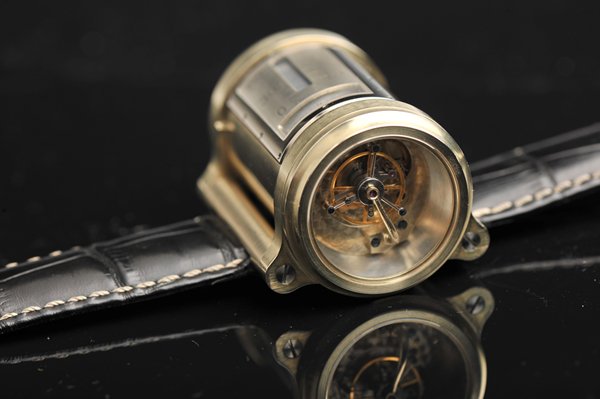 Moreover, the watchmaking industry in Switzerland is more prestigious and sophisticated than that in China. The Chinese watch industry has faced major economic challenges, struggling to make money and pay employees. To ensure their survival, Chinese watch making companies have targeted consumers who only want cheap watches. Because of this, the quality and technology of Chinese-made watches has not advanced. Under these circumstances, an individual Chinese watchmaker hoping to be certified by AHCI needs to make special efforts.

In China, this requires tremendous courage, since if someone cannot support themselves, he or she has no way to make a living. But Ma was determined to try. “This is the path that I choose to take,” he said. “This is me, if I decide to do it, I am unstoppable.”

Mr. Ma spent eight years trying to realize his dream, overcoming countless problems. Funding was scarce. The required machines were expensive. He survived on his income from repairing watches, which barely covered living expenses. He had to save every penny, and sometimes ate only one meal day, often surviving on instant noodles. 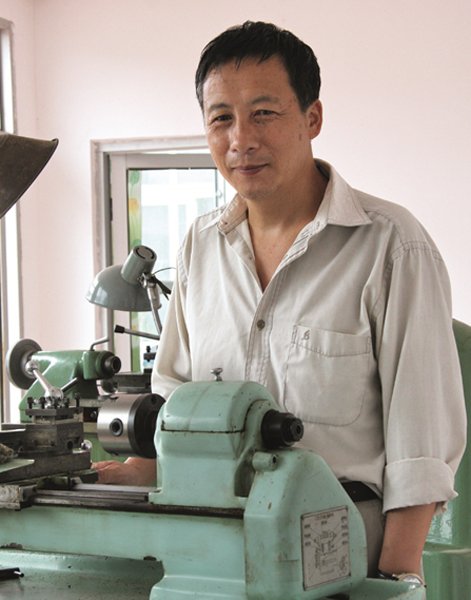 He rented a country courtyard in a remote part of Beijing as his workshop. “Rent was cheap and there was enough electricity to provide 380 volts to turn on my machines. In winter, there was no heater, and I was chilled to the bone. But no matter what the conditions, I had to finish making my watch.”

In November 2012, Ma finally got the chance to become a certificated independent watch maker. A friend saw his watch and suggested he use it to apply to AHCI. With the friend’s help, he prepared all the necessary materials, including the design concept, photos, etc. AHCI’s policy usually requires a personal visit to a candidate’s workshop. However, considering the inconvenience of going all the way to China, they finally decided to make an exception by asking him only to submit the documenting materials. Two months later, he received an invitation from AHCI to attend the Basel World 2013, Switzerland’s most famous watch fair. 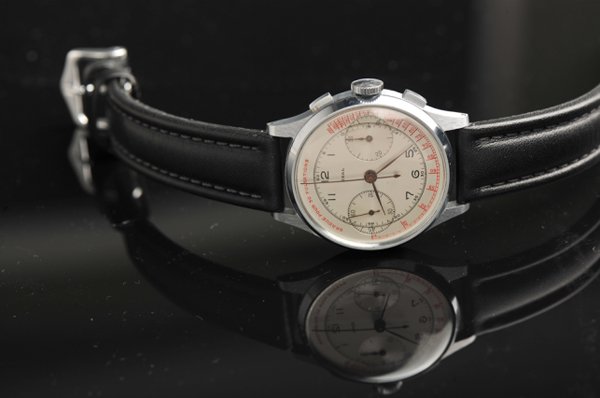 Another Original Watch Made by Ma

Gao Yue, a senior editor from China’s leading watch magazine, Trends Time, said, “Mr. Ma’s watch design is very unique and rare. Imitating or following trends never occurred to him. There are no similar watches like his. And this unique creativity has been accepted and applauded by the Swiss watch making industry.”

Most successful members of AHCI open their own business and create their own brands. But whether a watchmaker can succeed depends on his or her own ability.

“Mr. Ma works for himself as an individual watch maker, so his achievement cannot be seen as a Chinese watchmaking achievement.” Gao said, “The Chinese watch making industry is still relatively low-end. However, in recent years, I do think that some Chinese brands have emerged from this difficult situation, such as FIYTA, which has become the most famous Chinese watch brand. They are starting to have their own features. A few Chinese brands maybe will have the capacity to compete with the Swiss brands in the future if they continue to develop.”

Vincent Sun Zhichu is a graduate student in the Department of Communications at the University of Macau.