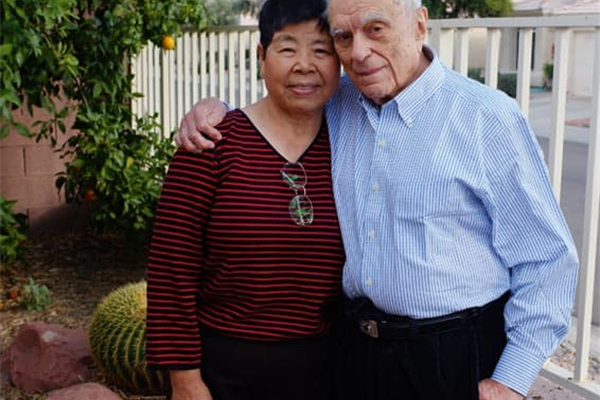 US-China Today reviews Yulin Wang Rittenberg’s memoir and interviews the author on her life following the tumultuous experience of the Cultural Revolution.

The year 1967 was full of political tension. Chinese Communist Party Chairman (CCP) Mao Zedong had launched an attack on those he considered rivals. Many party leaders and loyal members were suddenly ousted from their positions on often baseless claims, as two factions, mainly the “rebels” and the “royalists,” struggled for supremacy and sanction from Chairman Mao Zedong’s.

Sidney Rittenberg, an American member of the CCP, and his Chinese wife, Yulin Wang Rittenberg, found themselves caught between the factions’ bitter power struggle at the Broadcast Administration. They continued to hold the Communist ideals that motivated them to join the Party in the first place, but suddenly, brutal politics threatened their standing within the Broadcast Administration and its Party branch. They were left vulnerable. In March, the Party branch stopped functioning. In August, Rittenberg was sent home and Wang Rittenberg forbidden to work on grounds of being traitors. Armed garrison troops guarded government buildings and all schools closed. On Christmas, Rittenberg was placed under house arrest. 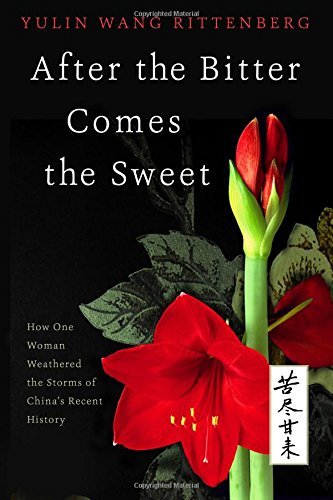 Two months later, Rittenberg was taken away. Wang Rittenberg recalls Feb. 26, 1968 in detail in her memoir, After the Bitter Comes the Sweet: How One Woman Weathered the Storms of China’s Recent History. She remembers as she stood petrified as soldiers took her husband away on charges that he was an American spy. Rittenberg had been the sole foreigner with his level of influence and role in the CCP, and now the Party was imprisoning him for a second time. The first happened back in the late 1940s, when Rittenberg was also imprisoned for six years on charges of spying. The charges were eventually dismissed and his ardent loyalty and contributions to the party were recognized. Little did either of them know that his second imprisonment would be even longer than the first. Rittenberg had to endure 10 years in solitary confinement.

Wang Rittenberg’s fascinating memoir reveals the social and physical trials she endured as “the wife of the American spy.” Despite their fidelity to the CCP for 20 years, she and her family had to weather horrible political storms during the Cultural Revolution. . However, she promised herself that she wouldn’t consider suicide, “the easy way out” of her sufferings, and would persevere or “die trying to do so.” Despite the injustices forced upon Wang Rittenberg and her young family, she determined: “I would survive—whatever came. I would struggle through each day until I could see my husband again—whenever that would be…Hope is a choice, and so is despair…I would not let them break my spirit.” Throughout the memoir, one is impressed by Wang Rittenberg’s diligence, resilience, humbleness and sincerity. She managed to keep her sadness in check so as to care for her children and to survive.

Over time, Wang Rittenberg’s grueling interrogations and public humiliation ends and she’s sent for reform through labor. She never gave in to the injustice. She was determined to fight back. Wang Rittenberg recreates scenes in succinct, journalistic fashion. Readers feel as if they were experiencing the moments and the raw emotions with her. In 1979, after Wang Rittenberg returns home and Rittenberg is released from prison, they decided to visit America to visit Sidney’s ailing mother in the U.S. Wang Rittenberg hesitated leave. China was finally returning to stability and normalcy. At the same time, one clearly senses her excitement about what lay ahead for her and her family.

Wang Rittenberg and her husband became successful consultants for American corporations interested in expanding into China. Consulting ended up serving as a daily reminder of their past, tying in both Wang Rittenberg’s Chinese and American histories together in a way that she has come to feel at peace with her dual identities. But though she and Rittenberg may have ultimately been able to achieve success, but their journey was by no means an easy one.

When Rittenberg was unable to complete a $27,000 book deal for his memoir, he and Wang Rittenberg found themselves in substantial debt and without the finances to even visit their children in Beijing. As Wang Rittenberg describes this period of their lives, “at an age when most Americans were preparing for retirement, Sidney and I had to learn how to ‘make a living,’” a phrase once unheard of under communist China. But Wang Rittenberg worked and worked assiduously. In order to bring her children, one by one, to the States, she taught businessmen at a Manhattan foreign language school, led professional business tours to China, taught Chinese cooking and even knitted commissioned sweaters for Woman’s Day magazine. It wasn’t until 1985 when the Rittenbergs finally ventured into their own consulting service or “matchmaking” enterprise between U.S. and Chinese firms, that the couple finally built a solid financial footing for their family.

Wang Rittenberg concludes that her and her busband’s love for consulting stems from a profound loyalty towards both the U.S. and China. “This is my contribution to humanity: to help bring these two countries closer. For me, that is not abstraction. The continuation of good U.S.-China relations is vital, for the sake of my children and grandchildren. Like our marriage, like me, they are both Chinese and American.”

Wang Rittenberg’s story follows China’s difficult recent history and its post-Mao economic rise. Her account is deeply personal and informative. Wang Rittenberg reveals much about the political climate as well as the complexities of being a Communist during those uncertain times. It would have been useful if she included more critical views of the Mao and the Party under Mao. But her goal is to focus on her experiences and those of her family. Readers can’t help but be drawn into it, traveling with her during strenuous trials.

In the writing of your memoir was it difficult to revisit the more trying parts of your past, such as Sidney’s imprisonment?

When it came to writing my book, I had no problem remembering those hard times of the past. I was determined to be strong, not weak, so that I could encourage people who face difficulties to learn how to overcome them and move on.

You and your family endured a great number of injustices and suffered physically and mentally as a result of the political chaos during the Cultural Revolution. What is your current relationship with China today and its leadership and policies?

Do you think the social conditions for women in China have changed since the founding of the CCP?

The Chinese Communist Party has brought about a major change in the position of women. Forced marriages have been abolished, women enjoy equal rights under the law. Great progress has been made in assuring women equal pay for equal work—but inequality still exists in many places. Many women now hold leading positions. The old traditions of treating women as inferior still persist, however, especially in the villages, where almost half of the population still lives.

Your four children suffered through many tribulations since the first eight-month house arrest in the Qianmen Front Gate Hotel. What are their opinions of modern China bearing in mind these experiences?

All of our children are excited by China’s great progress, and they are hopeful that the Xi Jinping leadership will carry China further forward. Two of them are living and working in Beijing, and the other two return frequently to visit their friends and fellow students.

You and Sidney have been highly sought after since China’s opening up by the media and American businesses. How would you describe the climate for U.S.-China business relations today?

What are your thoughts on the human rights situation for China’s political prisoners? Do you think the situation has improved or worsened?

I don’t really know what the situation is, as far as the rights of political prisoners goes. We have not been to China for the past three years and we have found much of the media reporting to be unreliable. China is a country that is still emerging, gradually, from backwardness to an enlightened, modern society, I don’t think it would be possible for a country like China, or India, or Indonesia to develop in a short time the kind of legality that it has taken the West more than 800 hundred years to achieve (since the Magna Carta).

We support the pressure for an improvement in the human rights situation in China, but we are vigilant about attempts to use China’s problems to attack and defame present-day China, and to ignore the enormous benefits that the Chinese people have obtained since the PRC was established. For example, the more than doubling of life expectancy, the spread of universal literacy, the lifting of six hundred million paupers out of poverty, the fundamental improvement in the life style of the Chinese people. Prisoners’ rights are one issue among many. I know very well the importance of this issue. But it is not the only, or the main criterion by which to judge China.