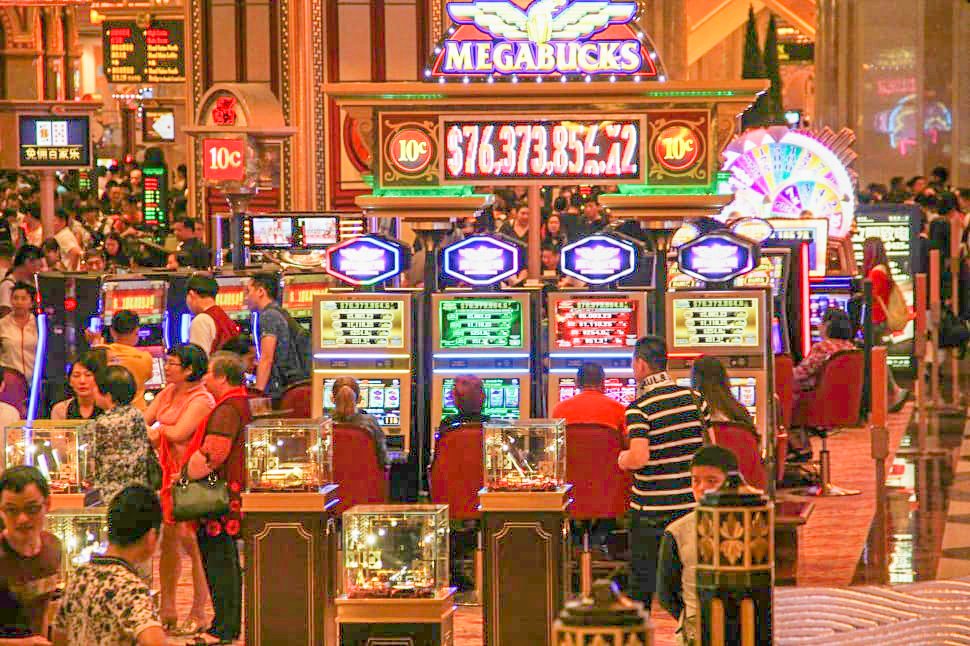 A Tale of Two SARs

Luxurious casinos dot the island, which is so rich that its citizens receive annual payments just for residing there. Non-residents flock to the island to window shop in its luxury stores, place risky bets in its resplendent gambling palaces and largely, to indulge in Macau’s lavish wealth. 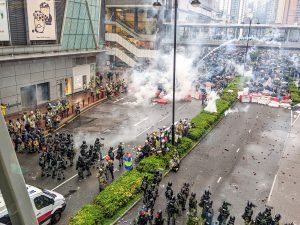 Protestors take to the streets in the Tsuen Wan March, which took place on August 25, 2019.

Off the coast of southern China sit Macau and Hong Kong, China’s two Special Administrative Regions (SARs). Compared to its counterpart, Macau is the image of political stability. Its economic success is largely dependent on Beijing’s willingness to permit tourism there, and almost a third of the country’s workforce is made of migrants from mainland China.

Both Hong Kong and Macau sit at the edge of the economically productive Pearl River Estuary Region, and both were colonies of European powers. Britain, which ruled over Hong Kong, was a liberal democracy for most of Hong Kong’s history. Under British rule, Hong Kong transformed into a cosmopolitan city and a global financial hub in which citizens enjoyed civil liberties absent in Mainland China such as freedom of speech, press and assembly. But Portugal, which ruled over Macau, was an autocratic state for most of its rule. These historical differences lay the groundwork for differing reactions to China’s rule.

In 1997, Britain’s Prime Minister Margaret Thatcher and Chinese politician Deng Xiaoping negotiated the Sino-British Joint Declaration, facilitating Hong Kong’s return to Mainland China. The “One Country, Two Systems” system would allow Hong Kong to remain semi-autonomous, keeping its way of life and its capitalist economy. In 1999, Macau was  returned to Mainland China under similar conditions. Both Macau and Hong Kong operate under their respective “Basic Law,” which granted citizens the constitutional right to vote for a democratic leader called a Chief Justice.

Now, Hong Kong citizens protest China’s encroachment on their rights, while Macau is the obedient poster child of “One Country, Two Systems.” Why has this phenomenon occurred? 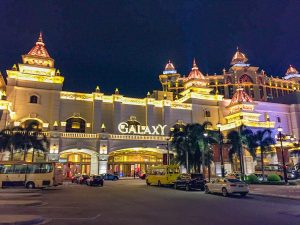 Galaxy Entertainment Group is controlled by the Lui family of Hong Kong.

Macau’s casino industry has generated mass profits. The country’s GDP per capita is $122,000, which is the third highest in the world, according to the CIA World Factbook. Macau is the only city in China where gambling is legal, and in 2002, Macau’s government ended its  monopoly control of the gambling industry, inviting foreign gambling companies to establish their casinos in Macau. This invitation attracted foreign multinational corporations (MNCs) like Las Vegas Sands (America), Galaxy (Hong Kong) and MGM (America), creating an influx of revenue for the Macanese government that makes up 76% of total tax revenue, according to the CIA World Factbook.

What has brought Macau great wealth has also resulted in a dangerous over-reliance on the gambling industry as the primary GDP driver. Anything that affects the tourism industry will severely affect Macau’s economy. Furthermore, Macau’s gambling tourism industry relies heavily on the continued business of Mainland Chinese tourists. According to official numbers from the Macanese government, Macau received over 20 million visitors to Macau from Mainland China, making up two-thirds of all visitors to Macau in 2016. With such high stakes, many Macanese feel that even slight protest of the Chinese Central Party’s actions could negatively impact their livelihoods as many people’s jobs and the SAR’s economy would be put at risk.

“Many Macanese see China as incredibly important to their livelihoods… [there’s] more of a reduced incentive to ‘rock the boat,’” according to Nick Marro, the lead of Global Trade at the Economist’s Intelligence Unit. “A fall in Chinese tourism flows, for example, has momentous consequences for Macau; that’s something we’re just starting to see with the coronavirus shock.”

With COVID-19 forcing the Chinese government to restrict travel and the Macanese government to close casinos temporarily, Macau’s economy has been hit hard. According to Bloomberg News, Macau saw an 80% decrease in tourism on January 24th, near the beginning of the coronavirus outbreak.

While Macanese residents are wary of stirring trouble with the Chinese government, though, they are not without their frustrations. In 2018, China forced out two top Portuguese judges who were far younger than their retirement ages after calling their positions a violation of the Basic Law. Macanese legislation proposed in 2018 suggested Portuguese judges be removed from sensitive cases, according to an article by Reuters. While similar actions could protest in Hong Kong, Beijing’s hostile behavior has not caused a lot of tension within Macanese society.

Cathryn Clayton, an associate professor of the Asian Studies Program at the University of Hawai’i at Mānoa, says that this reaction to Chinese rule has not happened because in Macau,

“It doesn’t feel like there’s a clash between calling yourself Chinese, at least culturally and talking about being from Macau,” Clayton says. Much of the population — around 46% according to the 2011 Census — are immigrants from Mainland China, many of whom came to Macau looking for employment. This portion of Macau likely does not care much about Macanese politics, is indifferent to increasing Chinese influence, and does not see the need to protest for democratization in Macau.

There also seems to be a lack of resistance to Portuguese presence, not only because of economic reasons but also of cultural and historical reasons.

“Even when the Portuguese were in power, there were not really strong ties with the local Chinese community and the Portuguese so why would the Chinese care about them now. … They aren’t significant to the politics and the economy,” Clayton says.

This is not to say that Macau residents do not sympathize with Hong Kong and its struggle for democracy. According to the South China Morning Post, Macanese youth have traveled to Hong Kong to participate in protests with some saying that Hong Kong’s fight is “also our fight.”

Clayton says that some Macanese government officials do want to see Macau move toward democratization but disagree with Hong Kong’s tactics. Instead, they believe that if they “work within the system, introduce incremental changes, and if [they] play nice and toe the line [they] will be able to get more done.”

Macau had its own share of protests before. These protests, though, have been largely oriented toward the impotence and corruption of local government, and are not directed against Beijing, Clayton says. Despite its mass wealth, the country experiences income inequality, poor health infrastructure, lack of social housing and rising housing prices. In 2007 and 2010, Macau residents held labor protests against government corruption and illegal labor. And after Typhoon Hato hit the region in 2016, protests erupted against the local government’s lackluster response to the emergency.

Macau’s government has a way of keeping permanent residents happy as well. Permanent residents are eligible to receive an unconditional annual check of 10000 patacas ($1260 USD). With mass wealth and a relatively small population compared to Hong Kong, Macau decided to start giving out annual payments in 2008 as a promise to protect local and permanent residents of the SAR.

“It’s such an easy gift … it’s an easy way to win popularity,” says Clayton. The payments are just one contributing factor to Macau’s more ready acceptance of constrained civil liberties, though certainly not as important as economic reliance on China.

China also holds sway over Macau’s education system, despite the vast majority of schools in Macau being Catholic and private. In 2018, an updated history textbook was slated to be rolled out across Macau schools. However, this textbook, co-written by the People’s Education Press of mainland China, came under scrutiny by locals in 2016 and 2018 over the textbook’s treatment of recent controversial Chinese history and portrayal of the Portuguese. Despite this, a Macau Daily Times article states that grades have decided to adopt this new textbook after revision to include Macanese history.

Professor Bill Chou of the Chinese University of Hong Kong says the textbooks “over-emphasize the contribution of PRC to Macau’s success… Portuguese contribution to the rule of law, civil liberty, and economic prosperity were not mentioned.” He further believes that these textbooks are part of the CCP’s plan of “promoting Chinese nationalism through history education.”

Chou says that despite being private schools, many schools still receive government funding and are therefore subject to government regulations, including their curriculum. With such Mainland Chinese influence over schools, Chou says, “I don’t see [that] the students [graduating] from Catholic schools are more Westernized.” Another contributing factor is that Macau Education Bureau is relatively weak compared to Pro-Beijing organizations such as the Chinese Educators Association.

Expectations for the future

Xi Jinping plans to transform the Pearl River Estuary Region into a major tech hub in the future, rivaling America’s Silicon Valley. Including Macau in this plan seems to only further pull Macau closer to China. Macau will likely require an influx of Mainland Chinese workers to make up for their lack of skilled tech workers. As Macau slowly and peacefully develops under the watchful eye of Beijing, Hong Kong’s turmoil will likely persist.