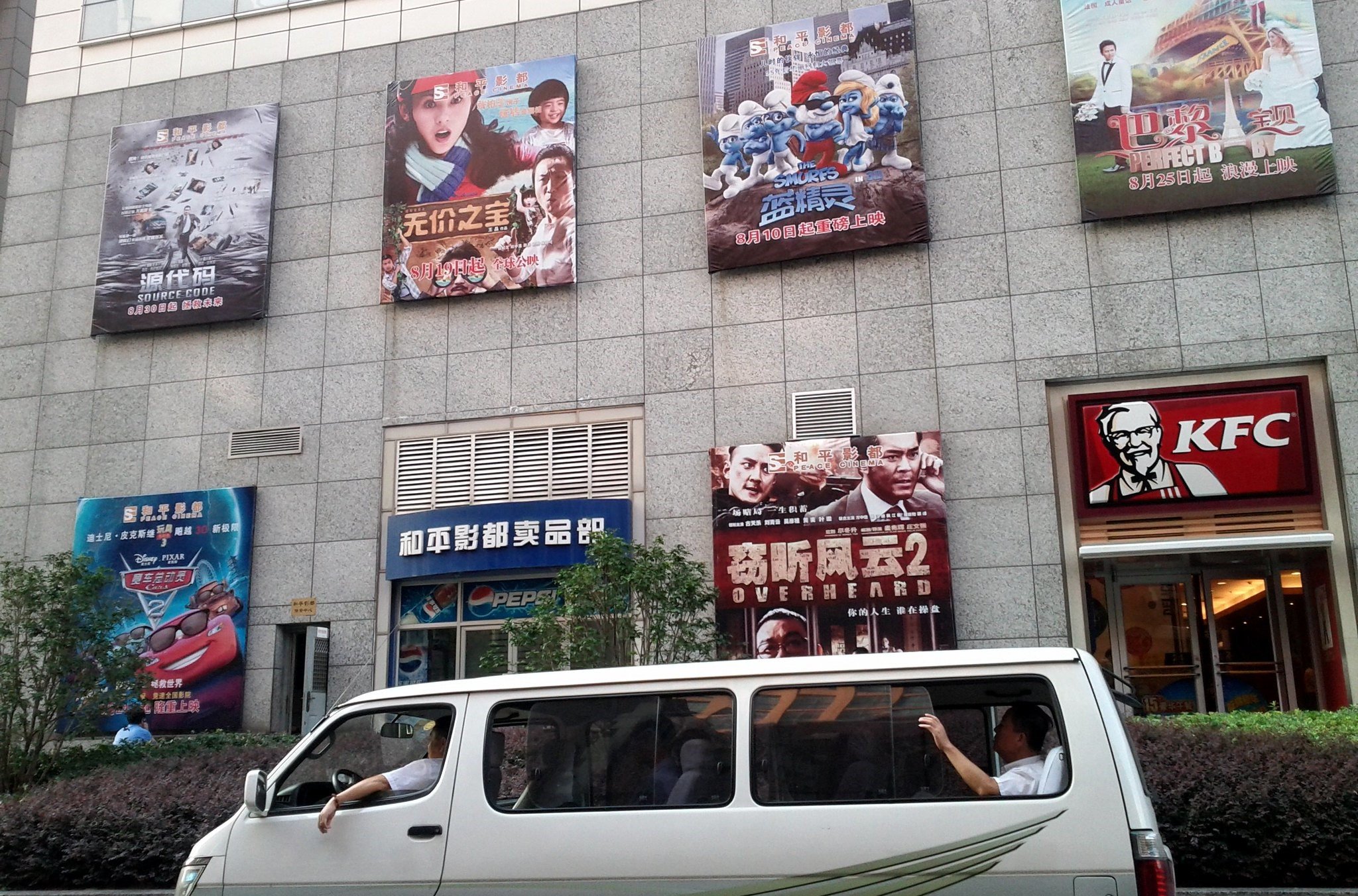 Hollywood's Influence on the Chinese Film Market Recedes
By Alicia LiuDecember 17, 2020 No Comments

As the world’s second-largest film market, China continues to display great potential for foreign investors. In 2019, the Chinese film market generated $9.2 billion in revenue, which is greater than the annual box office revenues of the next six film markets combined. Companies in Hollywood also show their interest in the Chinese film market by casting Chinese actors or increasing film publicity and marketing in China. Although some movies like “Mulan” failed to meet box-office expectations, in part due to the COVID-19 pandemic, other movies such as Disney’s “Avengers: Endgame” became top-grossing in China.

“Domestic [Chinese] films have much higher production values than they used to,” says Dr. Stanley Rosen at the University of Southern California. “They’ve learned a lot from Hollywood, I would say, in part about storytelling.”

These strategies have been proven effective. After a domestic stagnation of the film market in 2016, the Chinese film market began to prosper in 2017, when Wu Jing’s “Wolf Warrior II” broke the previous $550 domestic box office record and made over $800 million. Following its success, more and more Chinese films have populated the domestic highest-grossing film list. Currently, the top-20 list includes a number of movies that were released between 2015 and 2020, with 85 percent being domestic films, which is a 20 percent increase compared with that of five years ago. Meanwhile, Hollywood productions seem to have less influence over the audience.

This article highlights the top four grossing films in China by total revenue generated, and examines why and how these movies have captured the attention of Chinese audiences. All movies were released in theaters worldwide. 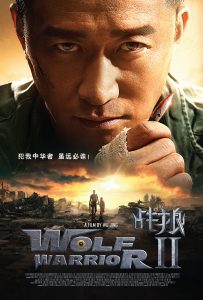 “Wolf Warrior II” reflects themes such as patriotism and global responsibility. The film is similar to Hollywood-style superhero films, with the main character, Leng Feng, saving people’s lives and fighting against a group of mercenaries amidst a civil war in a fictional African country. The film was both highly acclaimed and wildly controversial, with some viewers complimenting the film for encouraging people to feel more proud of their country and their national identity, and others lamenting that the movie needs improvement in its visual design.

The movie was also notable for its commercial success. It is the first Chinese film to be the worldwide top 100 in box office gross of all time and set a domestic box office record that has not yet been broken by any other film. Commenting on its achievements, Rosen mentioned that Wu Jing actively introduced Hollywood storytelling to the plot by having “Captain America” directors, Anthony and Joseph Russo, as consultants of the film. 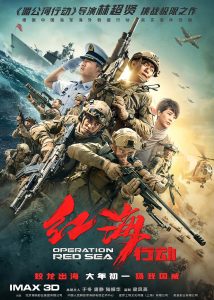 Similar to “Wolf Warrior II,” “Operation Red Sea” (ranked 5th) also exhibits a sense of patriotism that echoes with many Chinese viewers. It was adapted from the Chinese evacuation of its citizens and foreign nationals during the Yemen crisis in 2015. The international action paints China as a rising global power, simultaneously reflecting patriotism, heroism and the government’s commitment to protecting its citizens abroad.

In past productions, China was often portrayed as a weak and underdeveloped country trapped in poverty. Countering this view, “Operation Red Sea” encourages audiences to take pride in a series of developments that the country has made over the years, with a rising economy and greater international dominance. 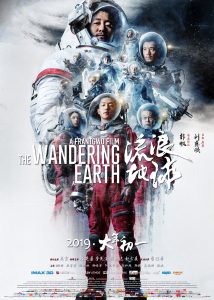 Aside from delivering sharp and pertinent themes, Chinese films have begun to feature stunning, hi-tech visuals. “The Wandering Earth” (ranked 3rd) uses up-to-the-mark visual effects to tell a futuristic science fiction story about human beings’ effort to move the Earth out of the solar system due to the growing solar instability. In order to achieve this, 10,000 enormous jets were used to propel the Earth away from its orbit to a new home 4.2 light-years away. The film is able to showcase industry-level visual effects that provide a great improvement in the visual experience, with over 2,000 visual effect shots, and 75 percent of which were produced by Chinese VFX companies. The Verge notes that the film is gorgeously-rendered, and the level of attention to functional special effects and outright beauty makes “The Wandering Earth” memorable.

Due to technical restraints in the past, Chinese science fiction films were scarce. However, the creation of “The Wandering Earth” and its success both domestically and internationally makes people more confident in the Chinese film industry. The Chinese media commented that “The Wandering Earth” marks the beginning of an era of Chinese science fiction films. The film eulogized the nobility of sacrifice, the power of collectivism and the call for international collaboration for building a shared future for people around the world, reflecting a sentiment popular in Chinese society. 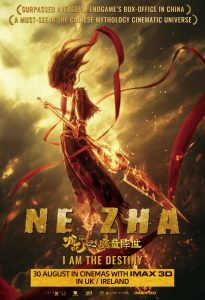 Science fiction is not the only genre that Chinese filmmakers try to further explore. “Ne Zha” is a groundbreaking work of animation and the 2nd highest-grossing domestic film of all time. The film employed over 1,600 crew members and took five years to complete. It features 1,318 visual effect shots by 20 special effects companies, a financial investment that generated great popularity for the movie’s outstanding visual design.

Ne Zha is a deity originating from Chinese mythology. But contrary to the standard conception of a deity, Ne Zha is neither righteous nor heroic. He has to overcome other people’s biases and try to find his own identity through a journey of self-discovery. His stubborn and courageous character tugs at the heartstrings, offering powerful emotional appeals despite refusing to conform to traditional Chinese conceptions of righteousness and heroism.

The rising domestic film industry not only reflects the Chinese filmmakers’ efforts to make improvements, but also demonstrates the social change within China’s populace, as citizens grow comfortable with embracing productions produced on their home soil. However, Chinese visual effects lag behind advanced Hollywood standards, and critics still question the organization of plotlines from time to time.

The drastic rise in the percentage of high-grossing domestic films does not mean that domestic productions do not need to compete with those of Hollywood. Prof. Rosen added that Hollywood franchises such as “The Avengers” and “Harry Potter,” or “The Pirates of the Caribbean” are still able to gain widespread popularity in China. The audience also shows strong interest in “Wonder Woman 1984,” which will be released in December 2020. Hollywood films are able to be accepted globally, and this may be the next step for Chinese films to focus on. While they are receiving more popularity domestically, in order to appeal to audiences outside China, there is still room for improvement.