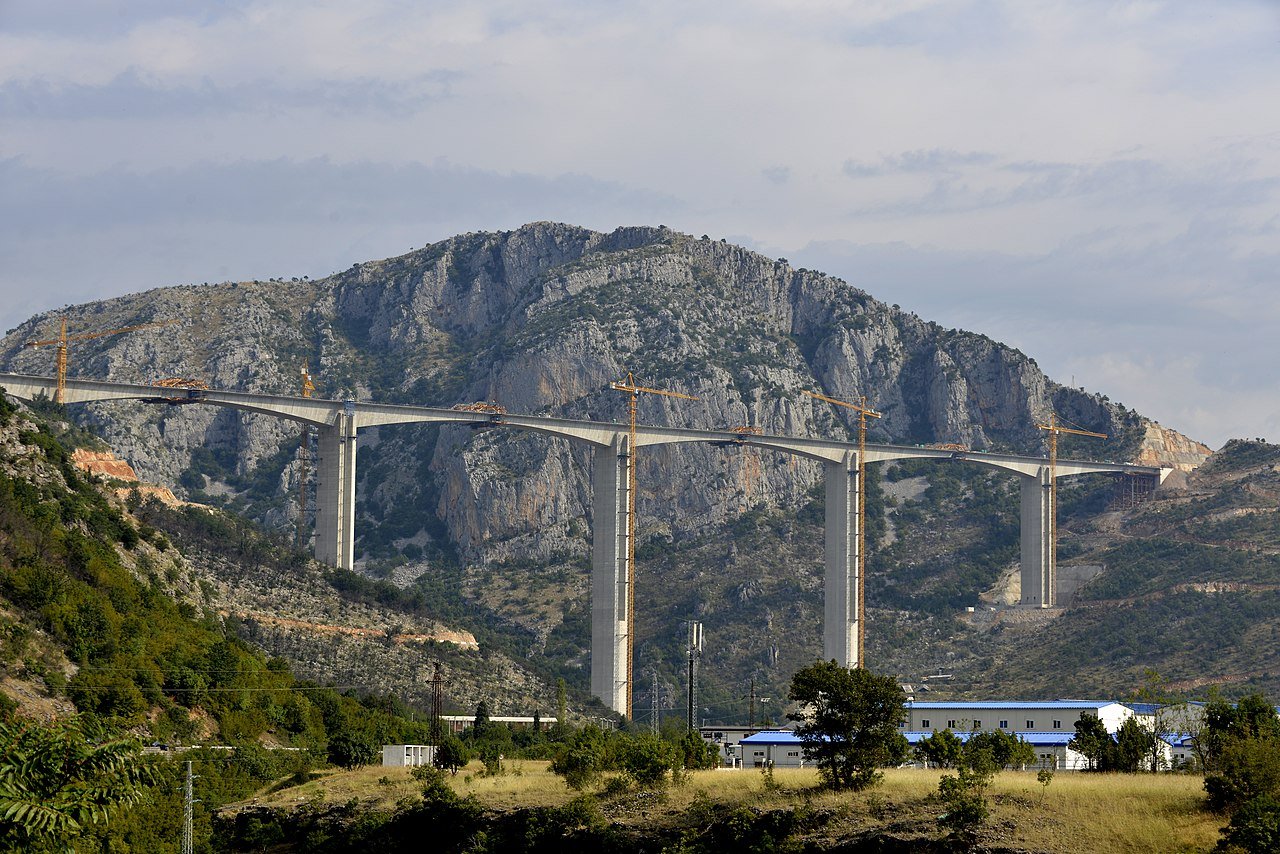 The Belt and Road Initiative: The Risk to Montenegro’s Modernization

By Caleb HuangJanuary 2, 2021 No Comments

Montenegro, on the Adriatic in the Balkans, boasts a reputation for scenic tourism. The country has a population of less than 700,000 and is attempting to modernize and connect with the rest of Europe, but its mountainous terrain has made the endeavor difficult and expensive. Part of this effort is the construction of a highway linking the southern port city of Bar to the northern city of Boljare. The project, though, is controversial. With a meager annual Gross Domestic Product (GDP) of around US$5.5 billion (2019), Montenegro joined China’s Belt and Road Initiative and borrowed $1.59 billion from the Chinese state-owned and state policy bank, Export Import (EXIM) Bank, to fund its highway project. The first section of which is being built by the Chinese state-owned China Road and Bridge Corporation (CRBC). Some worry this loan could have dire consequences for Montenegro.

Montenegro started the process of planning the Bar-Boljare highway in 2006. Championed by Milo Đukanović, Montenegro’s dominant political figure since the 1990s and the current president, the highway was advertised as a means to boost the economy and improve trade with Serbia. The highway connects the rest of the country to the north, which is relatively underdeveloped. This could strengthen the economy and develop the region by bringing more tourists and enhancing infrastructure. It will also provide a faster route to Serbia, facilitating trade between the two countries and seen as a step forward on the path to becoming a part of the European Union (EU).

“They see the highway as a chance to connect better with the region, attract more tourists and investors… they see it as really beneficial for the country and for the citizens,” says Dr. Jovana Marovic, the executive director of a Politikon Network, a think tank based in Montenegro.

The Montenegrin government could not find Western institutions willing to invest in the infrastructure project. As a small country of less than a million people, Montenegro has low traffic volume. Feasibility studies published in 2006 and 2012 from French firm Louis Berger and US construction company URS revealed that the highway was not economically viable, saying it did not have enough traffic to warrant a concession. A Croatian consortium and a Greek-Israeli bank showed interest in the project, but negotiations fell through as neither offered a bank guarantee in time. Many thought the Bar-Boljare highway was going to end up as another empty political promise. That was, until China came along.

According to Reuters, economic professors at the University of Montenegro were paid by the EXIM Bank of China, to conduct a new feasibility study on the highway. This new study declared it economically viable to construct the highway. In 2014, the China EXIM bank loaned Montenegro US$1.59 billion to fund 85 percent of the first section of the highway. This will be paid back at 2 percent interest over the next 20 years, which many say will be a steep task.

Jacob Mardell, an analyst at Mercator Institute for Chinese Studies in Germany, says that Montenegro turned to China because, “they want the job done, and China is the only one willing to fund it”. Montenegro did not have any European backers due to feasibility studies that highlighted its high cost and low return on investment. However, with China, Mardell says, “the EXIM Bank isn’t going to ask too many questions because it’s judged that Montenegro can pay this loan back and this money is going to a Chinese company … it’s not in their interest to say this is a stupid project”.

To pay China back, some have proposed highway tolls. Ivan Kekovic, an engineer previously involved in the project, told Reuters that the highway would need to receive an average of 22,000 to 25,000 vehicles a day to justify the construction. However, the busiest part of the route, Bar to Podgorica, the capital of Montenegro, carries fewer than 6,000 vehicles per day on current roads. From this projection, it seems highly unlikely that the government will be able to collect enough fees to pay back its loan to China on time without seriously harming its economic stability. 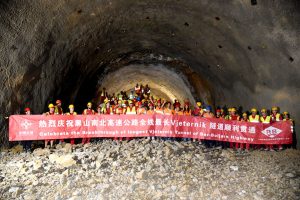 On top of slowed economic growth, an extremely high debt to GDP ratio increases the chances of a country not paying back its debt. This would be extremely detrimental to Montenegro, both domestically and in its goal of joining the European Union. The country is already struggling financially, and the COVID-19 pandemic has aggravated its precarious condition. As a country largely dependent on tourism, the country’s economy has been heavily impacted by the downturn in travel. The International Monetary Fund expects Montenegro’s economy to have contracted 9 percent in 2020. The slowdown from the loan and pandemic pose a serious challenge to Montenegro’s ability to pay back its debt to China.

“This huge public debt which was around 80 percent with the possibility of being even higher by the end of the year and during the next two years … is not good for the economic criteria [for joining the EU],” Marovic says.

Moreover, if Montenegro defaults on its loans, China can take over assets pledged as collateral. This can include things from giving up coal mines to ports to even land of Montenegro to the Chinese government. Montenegro would lose control over its own economy.

Presently, the building of the motorway is lagging behind schedule and is far from completion. The European Bank for Reconstruction and Development released a report in 2019 noting delays in the Bar-Boljare Motorway. According to the report, there have been delays and cost overruns, pushing the expected completion dates to even further in the future. The first section of the highway was supposed to be completed by May 2019, but its projected completion date was pushed back to be completed by September 2020 and pushed back again this year to June 2021. Furthermore, the highway will cost 10 percent more than initially planned. On top of delays, the government has failed to secure funding twice from the European Investment Bank for the second section, citing feasibility concerns. With an increasing number of barriers erected to the highway’s completion, the project seems less and less likely to come to fruition.

“It’s really hard to predict when we will see the real benefits of the construction,” says Marovic, expressing concern despite the supposed advantages the completed highway promises.

One of the benefits China receives from such investments is the experience of working in the region and with European regulations. If the CRBC can complete the highway, it will have significant experience with construction in the region and an understanding of EU laws, allowing it and other Chinese companies and state-owned enterprises to better work in Europe. Additionally, if the CRBC is able to complete the highway in difficult terrain, this will add to BRI’s portfolio and boost the initiative’s credibility, increasing the odds of persuading other countries to partner with China in grand infrastructure projects.

Secondly, Beijing can gain politically from this project. A close tie with Montenegro can give Beijing access to Europe through the Adriatic Sea. This would help China build deeper connections and gain influence with the rest of the Balkans and Europe. Moreover, if Montenegro is able to complete its ascension to the EU, Montenegro’s political and economic ties could be valuable to China as it gives China a partner country within the EU. However, as this loan makes it harder for Montenegro to ascend into EU membership, it is contradictory to China’s supposed plan to help Montenegro’s long term plans. China is likely looking to make short term gains instead in the region.

Further, China will have some leverage with Montenegro, which could prove to be useful in the future. However, Mardell casts doubt on the usefulness of leverage as talks about ‘debt traps’ puts China in a bad light, saying, “I don’t think the consequences of this leverage are all positive for China. It tends to be a case of bad PR.”

BRI projects have drawn concern from many Western governments and institutions. French Prime Minister Emmanuel Macron has warned that partner countries could turn into “vassal states.” Both Marovic and Mardell say that the best way to counter would be to offer alternatives to the BRI. But Western groups rejected Montenegro’s project outright while some looked into it before declaring it unfeasible. This left Montenegro with few alternatives to China’s help. Additionally, the IMF, despite providing a loan to relieve the COVID-19 economic downturn, has conditions on their support.

Marovic says, “For years, the IMF has been urging Montenegro to reduce public administration, reform public procurement and state-owned companies. Until now, the Montenegrin government has avoided making a loan agreement with the IMF, which would mean that it must meet such requirements, and it preferred to take loans at higher commercial rates.”

Furthermore, Mardell warns against Western institutions taking a hard stance against countries with Chinese investments, stating, “I’m not sure it’s productive to ‘finger wag’ and tell smaller countries to not take Chinese investment because it’s perceived negatively by those countries.”

There are now new signs of interest from other potential funders. The Blue Dot Network, a multinational initiative led by the U.S., Japan and Australia to invest and finance infrastructure projects, was announced in November 2019 in Thailand. Although not marketed as a challenge to the BRI, many perceive it as such. It provides an alternative to the Chinese BRI, promoting transparency, economic viability, and sustainability. Nonetheless, it is still in its early stages and financing facilities for the BDN have not been released yet. That said, this initiative would have the resources to compete with China if the three leading nations were to contribute only 0.3 percent of their Gross National Income (up from 0.2 percent currently). Moving forward, there is potential for this coalition to give countries more options to choose from.

The China EXIM Bank loan puts Montenegro in danger of defaulting. With the project cost already exceeding $1.59 billion, more than a quarter of Montenegro’s GDP, the Center for Global Development (a think tank based in Washington and London) has concluded that Montenegro is “susceptible to debt distress and loan default.”

On August 31st, Montenegro elected a new tripartite coalition government and a new prime minister, Zdravko Krivokapić, forming a majority against Đukanović’s long-dominant, Democratic Party of Socialists. This new government has released the contract details and renegotiated loans with China. Details for subsequent negotiations of conditions and conditions of arbitrage are now public.

Montenegro’s new government has been forced to extend the deadline on the construction of the first section of the highway. However, as this new government is still young, major developments could happen in the coming months. With many governments weighing the benefits and risks of accepting a BRI loan, Montenegro could be a case study in the effects of partnership with China and what possible difficulties arise from such an agreement. Whether or not Montenegro will turn into a success story or a cautionary tale remains to be seen.