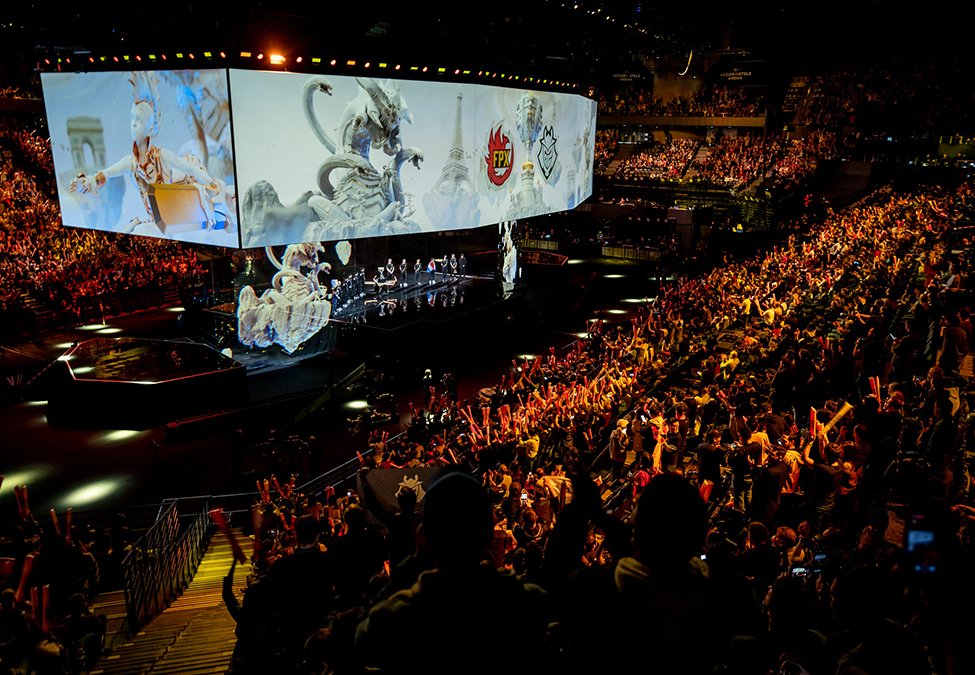 From Ban to Boom: How China came to dominate the gaming world

Esports teams from around the world competed in the 2020 League of Legends World Championship in Shanghai last October. Despite the Chinese venue for the tournament, the popular game was created by the American video game company Riot Games. As evidenced by its hosting of one of the largest Esports tournaments in the world, China has rapidly developed into the biggest market of video gaming in recent decades, a far cry from the origin of video gaming in the country.

A Brief History of Video Games in China

Initially, China’s exposure to the video game industry remained minimal. When video games started becoming popular in the 1970s, China was in the midst of the Cultural Revolution. Very few people in the country had access to the first-generation consoles, meaning these devices and games struggled to become popular. When rival home console series Playstation and Xbox were released in the early 2000s, China had undergone major economic and political reforms that improved the quality of life for citizens around the country. Despite an economic “opening” and increased access to foreign products, the Chinese government imposed a ban on console and arcade games, fearing that such games would plunge millions of young people in the country into video-game addiction.

Nevertheless, video games became increasingly popular in the country. The Chinese video game boom started in earnest in the mid to late 2000s.

“A turning point [in the Chinese video game market] was when free-to-play gaming happened, says Lisa Cosmas Hanson, the founder and President of Niko Partners, a firm that analyzes the Chinese video games market. “It was predominantly introduced initially by Shanda Games, where games were available for free and had in-app purchases and things like that.”

According to an article from Sohu, once Shanda Games, a Shanghai-based online games publisher and operator, adopted the free-to-play model, average consumer spending on video games increased from 30 RMB to 55 RMB per quarter.

The initial ban on video games did not apply to computer-based games, so playing games on the PC was, theoretically, the only option for young people in China at the time. However, according to Anthony Fung, a professor from the Chinese University of Hong Kong, the ban on game consoles was not the main reason why console games did not take off.

“Before the ban was lifted, a lot of video game shops in China actually had so-called ‘imported’ versions of consoles for sale, so people could access console games if they really wanted to play,” Fung says. “However, the real reason console games are not popular is because of the lack of available games. The amount of games you can buy in China is significantly lower than that in other countries. Even after the ban was lifted, the console game market in China is still relatively small.”

“Free-to-play games really make sense in China because people might not have sixty dollars to spend on a game, but they did have money to go and play for an hour or two at an internet cafe,” Messner says.

Messner suggests that a major difference between the Chinese and American video game market is that premium games (those that cost $60 each and $20 more if the player wants additional benefits) are quite popular in America, whereas the Chinese market is dominated by free-to-play games.

American companies have marketing strategies which cater to China’s unique playing patterns. According to Messner, World of Warcraft, a multiplayer online game developed by Blizzard, charges players a subscription fee of around $15 a month in the rest of the world. In China, the game is free to play, but Blizzard monetizes it in other ways, such as in-app purchases.

Games from American companies have found success in this booming Chinese online game market. Most notably, League of Legends has had immense success among Chinese audiences. Riot games launched the Chinese server of the game in 2011. Since then, it has become one of the most popular games in the country. According to Niko Partners, League of Legends ranked 2nd in the most-streamed PC games in China list in 2020, behind PUBG, a South-Korean battle-royale game.

“Chinese gamers are very motivated by competition, challenge and community. So you can say that Esports is a major part of  Chinese gaming mentality,” says Hanson.

However, to American video-game companies, launching a game in China is very different from launching a game in other countries. The Chinese government maintains a host of regulations that dictate what can and cannot be present in a game. For example, graphics deemed too revealing by the Chinese government can be censored, and certain content can be banned altogether. According to an article from PC Gamer, when Blizzard released World of Warcraft in China, they made many changes to the appearances of game characters, including making an undead Forsaken “less dead.” Often, gaming companies have to release a Chinese version of the game, different from the version available to the U.S. or other countries, to adhere to China’s stringent regulations.

American companies cannot directly release a game in China. According to legislation, games can only be licensed in China if they are released from a local corporation. Many foreign companies cooperate with Chinese companies to obtain official licensing. For example, Blizzard has had a publishing partnership with NetEase, a Chinese company, since 2008. This allows Blizzard to release games such as Overwatch, World of Warcraft, and Diablo with an official license.

“Finding the right partner, taking the time to invest in research and development of what game would actually do well in China, and then spending time on the marketing, the construction of the artwork and the colors and so forth [takes time],” Hanson says. “A lot of companies outside of China think that’s just way too cumbersome of a process to go through for a small chance of success, because the game might not even get regulatory approval for launch. It’s a big investment and a big risk.”

Due to the huge increase in video game usage in the country, the Chinese government has begun spending considerable effort in combating teen addiction to video games (which motivated the initial console game that ban was lifted in 2015). In November 2019, China enacted a set of laws regulating the video-game playing time of young people. Under the regulations, players younger than 18 are prohibited from playing games between 10 p.m. and 8 a.m. They are restricted to 90 minutes of playing time on weekdays and three hours on weekends and holidays.

Fung noted that the regulations would not have much impact on American companies’ involvement in the Chinese market.

“I don’t think [the regulations] would have much of an impact on gaming companies,” Fund says. “Their business model mostly relies on how much money players pay, rather than how much time they spend playing. Most of the time the companies are willing to comply with such regulations, as long as the players keep spending money on the game,” Fung says.

Such regulations are not unique to China. Korea enacted the “Shutdown Law” in 2011 that prohibits children under 16 to play online games between 12 a.m. and 6 a.m. Kagawa Prefectural in Western Japan recently passed a law limiting students’ playing time on school days to 60 minutes per day.

Despite these controls, American games and gaming as a whole remain hugely popular in China. However, recently the relationship between American gaming companies and the Chinese video game market was tested when Blitzchung, a professional Hearthstone player, publicly voiced his support for the Hong Kong protests during an Esports tournament in 2019. Blizzard decided to ban the player from competing in the tournament and take away his prize money, citing a competition rule that players cannot “bring [them] into public disrepute, offend a portion or group of the public, or otherwise damage [Blizzard’s] image.”

Messner believes that similar incidents will increase in frequency, for the financial loss would be too substantial if American companies defied political pressure from the Chinese government.

“What a company like Blizzard loves most is money, and they’re going to do whatever they think they can in order to make more of it,” Messner says. “I think right now that means doing what they can to boost their popularity in China, and the event was very clearly an indication of where their loyalties lie.”

The decision from Blizzard prompted public debate on whether American gaming companies have deserted the American “freedom of speech” mentality in search of profits in the Chinese market. A bi-partisan letter signed by multiple senators, including Marco Rubio and Alexandra Ocasio-Cortez, was sent to Blizzard requesting a reversal of the ban. Elsewhere, tags such as #BoycottBlizzard started to trend on the internet to express the community’s negative response to the decision.

“Blizzard nowadays is a global company, but historically it’s based out of California. So people still have this idea of it being an American company, and in a lot of ways it is,” Messner says. “So when they see it play nice with Chinese government censorship at the expense of people’s freedom of speech, I think people are going to continue to react really strongly.”

As of now, American games still have a very strong presence in the Chinese video game market. Games such as League of Legends, Counter-Strike, and Hearthstone are still very popular among Chinese gamers. Chinese Esports teams continue to play a major role in the global Esports industry; However, amid the increasing political tension between China and the U.S., this close relationship could be challenged. It has yet to be seen which country American companies will side with.