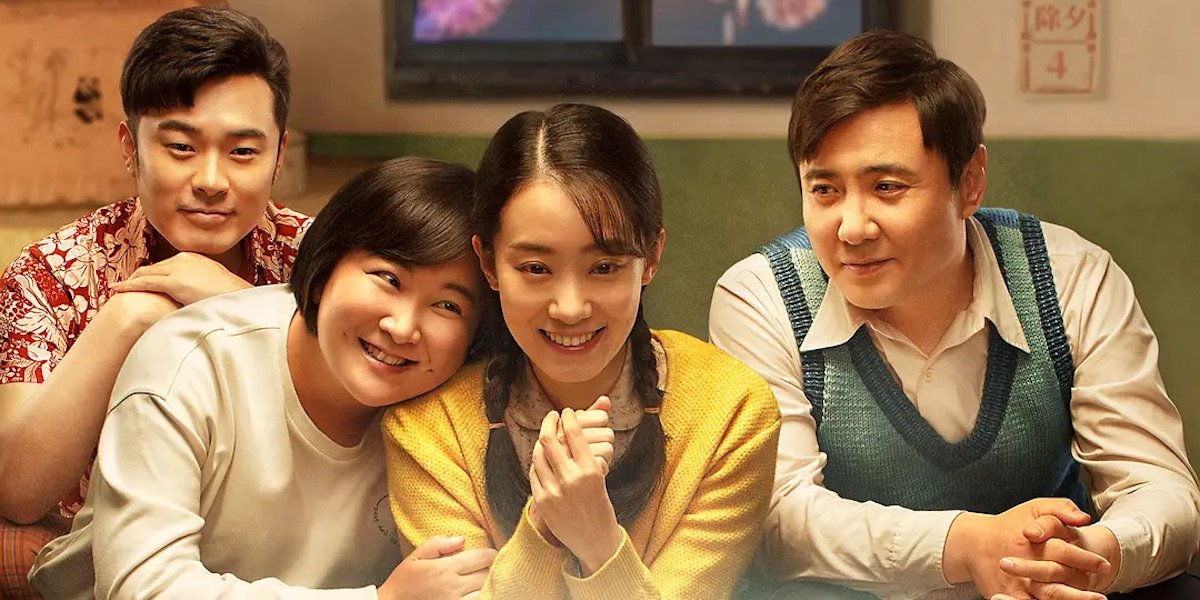 Sitting on a bicycle backseat, her smile lighting up, Jia rattles down a list of presents she will buy her mother once Jia becomes successful and rich. On the front seat, Jia’s mother is amused. Suddenly, a truck lurches into the frame and sends the bike skidding.

We then see Jia’s mother in a hospital bed. Jia, a soon-to-be college student, sits mournfully beside her, contemplating moments throughout her life that she failed to make her mother proud. After a mysterious flash of light, Jia emerges from a deep sleep only to find she has traveled back in time. Jia’s mother is not only still alive, but she is still a teenager.

“Hi, Mom”’s  lead character, Jia Xiaoling, hopes to make her mother proud of her — an almost universal desire among children. Time travel shows Jia that her mother has always been proud of her, regardless of Jia’s self-perceived failures.

The movie is poignant because of its relatability. But perhaps more importantly, the movie successfully navigates the waters between Chinese traditional values and modern, universal values. While the overarching theme of the movie is filial piety, “Hi, Mom” subtly incorporates contemporary values such as feminism, allowing viewers to consider motherhood and filial piety in the context of modern values.

The film draws on the experiences of the director and star, Jia Ling (贾玲). Jia’s mother died in a car crash when Jia was nineteen. In some ways, “Hi, Mom” is a love letter to Jia Ling’s mother, and an expression of her yearnings for motherhood.

Response to the Film

A Chinese online publishing agency wrote a feature article titled “After I watched ‘Hi mom’, I wanted to call my mom and tell her…”, which recaps audience responses to the movie.

Social media users praise “Hi, Mom”  for storytelling that appeals to viewers’ emotions. Its release coincided with the Lunar New Year, a time for festivity and family reunion. Due to covid-19 travel restrictions imposed by the government ahead of the holiday many families could not get together. Many people empathized with Jia, who had lost her family. In ways that the director could not have foreseen when first conceiving of the movie, “Hi, Mom” united a country hurting because of not being able to see loved ones.

Older viewers cite heavy emotional significance of a more historic nature. Since time travel brings Jia Xiaoling back to 1982, the year before she was born, most scenes depict a burgeoning China, just on the cusp of its “Reform and Opening Up” transition.

“I am extremely familiar with the background of the film,” says Li Jing, a female viewer that was brought up during the early 1980s. “It’s everything that I grew up with, from the dresses to the sweaters that people knit on their own. Neighbors used to be so close with each other and everybody knows everybody in the village. It’s really different from the atmosphere of nowadays, I guess. I really miss it.”

Hi, Mom’ is what we call a high concept film,” says Stanley Rosen, a University of Southern California expert on the Chinese film industry. “It appeals to a wide range of demographics in different ways. Mothers, daughters and fathers of different age groups all get something different out of the viewing experience.”

Despite the overwhelming positive response to the film, some viewers have taken issue with the movie’s unconventional plot.

“There are so many more people who lead more miserable lives than this,” said one Weibo user. “They’ve probably never even known the meaning of happiness. I hope the movie is not overly-sentimental, and don’t be such a drama queen!”

Others denounced the movie’s over-commercialization of someone’s sorrow, with one viewer commenting, “If you want to commemorate your mom, please do it in peace. I am so tired of the movies commercializing your feelings. It is so disturbing that everybody online is talking about it.”

While there have been both positive and negative reviews of the movie, its unanticipatedly high popularity has revealed intriguing trends for Chinese film industry. “Hi, Mom” became the market’s second-highest grossing non-English language movie of all time.

Rosen attributes the movie’s success to the fact that filial piety, a traditional value still upheld by Chinese society, takes center stage throughout the film. Indeed, Jia’s sole motivation is to make her mother happy by helping her mother’s teenage self achieve dreams. Jia helps her mother obtain one of China’s first televisions during the beginning of the country’s economic reform. Later, Jia helps her mother win a women’s volleyball tournament against her biggest frenemy.

These scenes have sparked discussion regarding mothers who do not follow the orthodox portrayal of “good wives and mothers” (Xianqi Liangmu (贤妻良母).  The representation of women as submissive and home-focused has long been a feature of Chinese movie industry. Female roles are often written as “family-oriented, husband-centered and lack[ing] social connection.”

“Hi, Mom” provides representation of women as independent and purposeful outside the realm of marriage. Women are represented as more than simply mothers who stay home, court rich men and parent children. They are portrayed as capable of running small businesses and playing competitive sports. The movie’s uncharacteristic and unapologetic feminism has not gone unrecognized by viewers.

“Instead of advocating for childbearing and marriage, the movie shows us that before any woman becomes a mother, her first identity is herself,” says one Douban viewer.

ChinaNews.com touched upon this theme by saying “My mother is not just a mother, she is also herself.”

Actress and director Jia Ling has been vocal about her intentions for the movie. In one interview, she mentions wishing that motherhood was not viewed or portrayed as shackling women to a purely domestic life, and one that prevents them from achieving their dreams.

In a difficult year, Jia Ling has produced a grand cinematic success: one that appeals to the young and old, and one which bridges the divide between traditional and modern Chinese values.