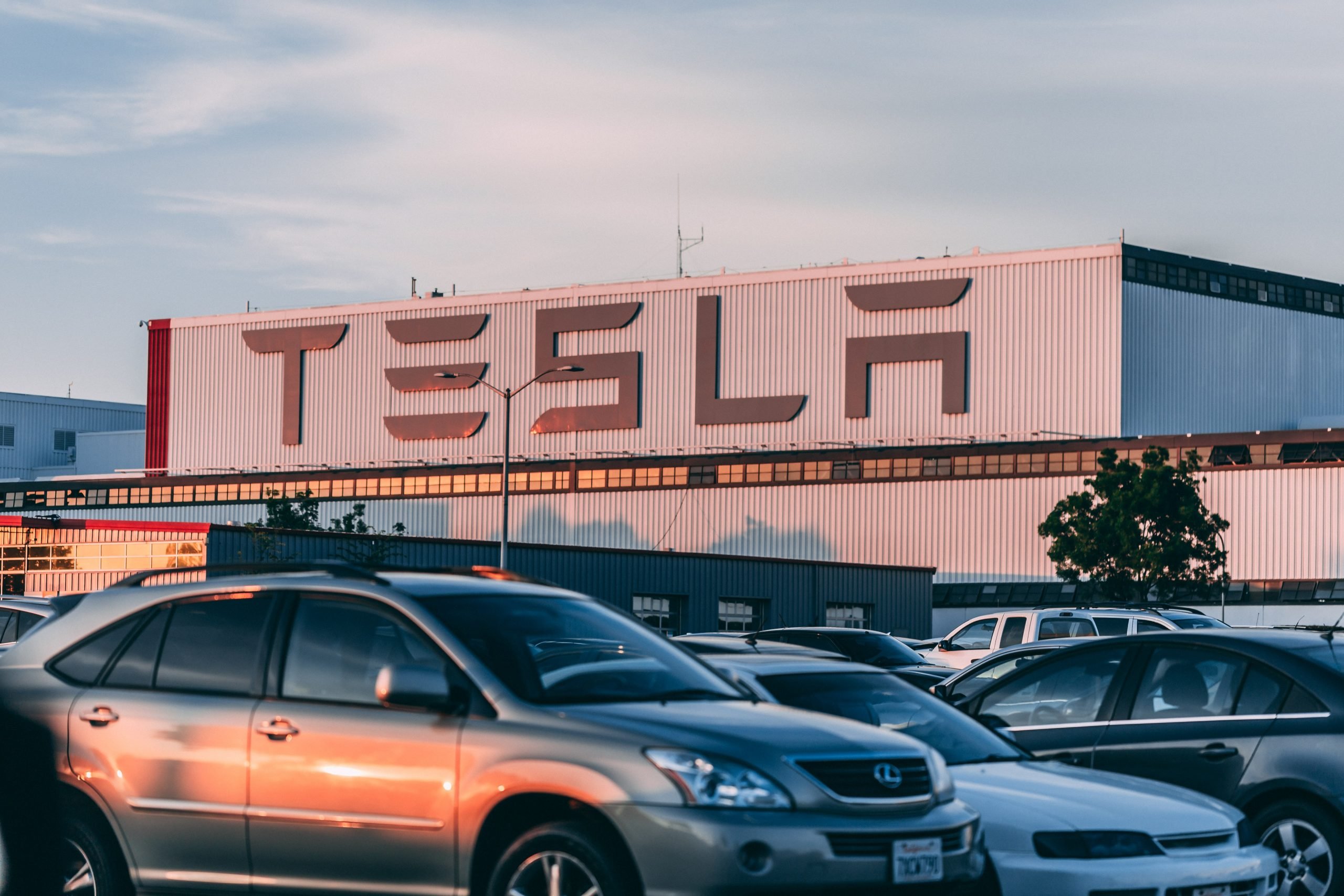 The Global EV Revolution: America and China Racing To Lead the EV Future

On Jan. 7, 2020, Tesla CEO Elon Musk performed the infamous “striptease” dance in the opening ceremony of the company’s Shanghai Gigafactory. The theatrical opening marked an important milestone for Tesla, which has drastically expanded its global supply chain to prepare for a future defined by electric vehicles.

But other electric vehicle (EV) companies are catching up. Chinese EV companies have made noise in recent months as NIO, Tesla’s biggest rival, saw its stock market price skyrocket from $3.50 a share to $50 a share in 2020. As countries around the world set goals to electrify their vehicular fleets, China’s EV industry holds exceptional promise.

China will be more than just an EV production stronghold. On the consumer side, China has the largest EV market in the world. In 2020, it sold more than 1 million plug-in electric passenger vehicles. The market is more than double the size of Germany’s, which comes in second with about 400,000 vehicles sold in 2020. Additionally, more than a fifth of Tesla’s total revenue in 2020 came from China. Volkswagen, whose operation in China accounts for about 40 percent of its global vehicle sales, rolled out its first built-in-China electric SUV in January.

With Tesla being the leading EV company in China, Chinese EV manufacturers face tough competition in the domestic market. But NIO, Xpeng and Li Auto have emerged as three domestic EV manufacturers that could potentially challenge Tesla’s dominance in China, as all firms saw their sales increase steadily in 2020.

“The question is to what extent Chinese domestic producers are able to roll out electric cars with a high brand reputation to convert people from buying foreign cars to buying domestic cars,” says John Peter Murmann, Professor of Strategic Management at the University of St. Gallen.

Though not as globally well-known as Tesla, NIO, Xpeng and Li Auto look promising. In fact, all four companies are publicly traded in the US stock market, and combined constitute a net worth of around $150 billion.

However, for EV markets in the United States and rest of the world, Chinese EV manufacturers still have not made a dent. While NIO plans to sell its EVs to Europe in the latter half of 2021, approaching the American market could prove challenging. Tu Le, Managing Director of Sino Auto Insights, a consulting firm, explained the obstacles Chinese companies would encounter if they were to enter the US market.

“Currently there’s a 27.5 percent tariff on vehicles imported from China to the United States,” Tu says. “I think this is a pretty steep hill for Chinese startups if they want to start selling in the US, because they’ll either have to eat most of the tariff or pass it on to the customers. I don’t see the NIO ES6 and ES8 being competitive plus 27.5 percent on their price tag.”

U.S. Trade Representative Katherine Tai recently remarked that Washington would not lift the tariffs on Chinese imports in the near future. Instead, tariffs will serve as leverage to future trade negotiations with China and ensure that Beijing is in compliance with the trade agreements.

Although some car brands such as Volvo have been selling vehicles assembled in China in the United States, no Chinese-branded cars traverse American roads currently.

John Helveston, Assistant Professor at George Washington University’s School of Engineering and Applied Science, noted that the lack of brand reputation in the United States is a challenge for Chinese EV companies if they want to enter the American market.

“Anytime there’s a new entrant to the market, it takes a long time to get public acceptance,” Helveston says. “This is the case for Toyota, Kia, Hyundai. … Of course now they’re selling very well, but it takes decades to build that sort of brand loyalty and prove to people that they can sell good and reliable cars. So I think it’s going to be an uphill battle for the Chinese EV companies on just the brand front alone.”

The software that comes with an EV is as important as its mechanical engineering. With rapidly evolving technological innovations such as self-driving systems, the role that software plays in EVs will only become more significant in the future. Murmann says that in this area, both Chinese and American EV firms have significant advantages over the rest of the world.

“If you think about self-driving taxis in the future, yes there’s going to be cars, but there’s also a huge IT infrastructure associated with it. And what the Europeans lack right now are the big IT companies,” Murmann says. “There is no big IT company in Europe that can play a role in the IT infrastructure of EVs to the same extent that Amazon, Google, Microsoft of the U.S. and Tencent and Alibaba of China can play.”

Tu considers data management an aspect of EV innovation that could impede Chinese companies from entering the US market, and vice versa. Specifically, the software differences in these two countries pose a challenge for companies from China and America.

“Anytime a Chinese EV company is going to enter the US market, they probably need to reconfigure their entire software system, because while Google Map is not used in China, it’s probably going to be used in the United States and vice versa. Then there’s also the technology scrutiny because of the challenging relationship between China and the United States,”  Tu says.

In March, the Chinese government banned Tesla cars from military and housing compounds. Authorities worried that the built-in camera inside the Tesla vehicles would collect sensitive information and pose security threats.

For an electric vehicle, the battery is perhaps one of the most important parts in its manufacture. While Tesla remains the most well-known EV brand in the world, China occupies a leading position in EV and battery manufacturing.

“China is on track to be in control of about three-fourths of global battery production in the next five years,” Helvetson says. “Regardless of who is manufacturing the car, you might still have a Chinese battery in that car, which is a really big piece of value added to the overall industry.”

Tu also considered China as the leader of EV manufacturing, though he mentioned the U.S. is starting to catch up.

“China is still the manufacturer of the world, so a lot of the important parts like the motors and the battery cells are still going to be manufactured in China,” Tu says. “But I think the Biden administration has recognized that the United States needs to have a thriving supply chain for electric vehicles if it wants to maintain the global leadership role in the transportation sector.”

The United States and China both made commitments to embrace EVs in coming years . China announced last year that automakers are required to have 40 percent of their sales to be EVs by 2030. President Biden also called for an EV transition, though goals are independently set by states. California, for example, announced that by 2035, all new cars and passenger trucks sold must be zero-emission vehicles.

The stark difference in infrastructure and culture between the United States and China means that their processes of electrifying transportation will be quite different. Helveston’s research found that Chinese consumers are more willing to accept newer technologies including electric vehicles than American consumers.

“This shouldn’t be too surprising since [American and Chinese] car usage is quite different. Americans drive very far sometimes. Occasionally we’d drive across the country to see a family member for example, whereas in China you just don’t do that. If you want to go from Beijing to Shanghai, you take a 5-hour train,” Helveston says.

He also mentioned that China has a much more diverse pool of EVs available to consumers compared to America.

“In the Chinese market you have probably over 100 different electric vehicle models that you could choose from right now, including SUVs and different types of crossovers. In the U.S. it’s pretty much just sedans and really just Teslas and a couple other models that are selling well,” Helveston says.

Nevertheless, American companies still have the potential to lead in certain EV markets in the future. Helveston suggested that legacy manufacturers have a better chance to capture the massive pick-up truck market in the United States when it starts to electrify.. He remarked that there has not been a popular electric truck model from either the Chinese EV companies or Tesla. Incumbent American brands such as Ford, who have long dominated the pick-up truck market, could seize this opportunity to lead the future electric truck market.

Bolstered by commitments to lower carbon emissions by transitioning to an electric vehicular fleet, the EV industry is almost destined to flourish in the near future. Both American and Chinese companies are looking to secure spots in this lucrative market. With fossil-fuel vehicles still dominating global car sales today, the EV market remains as a “wild west,” and American and Chinese companies are in a good position to punch their ticket to become leaders of the future automobile world.