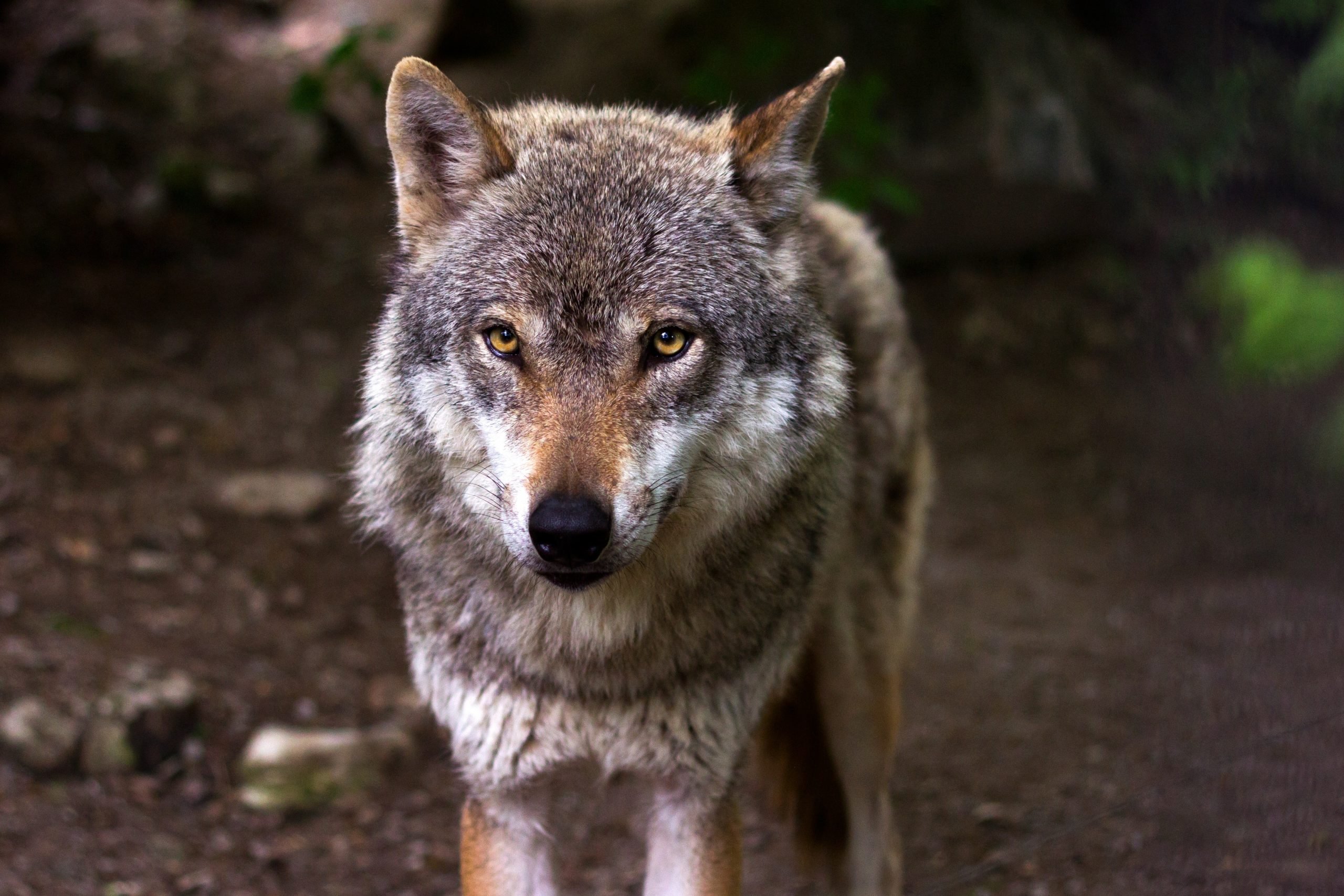 When does the China Wolf Bite?

The Duality of “Wolf Warrior Diplomacy”
By Haoteng YaoJanuary 13, 2022 No Comments

The city of Anchorage is usually cold and snowy in March. But diplomatic talks between the U.S. and China, held in Anchorage, were fraught with fiery diplomatic tension.

The first high-level meeting between the two countries since President Joe Biden’s election aimed to thaw rocky relations left by the Trump administration. Yet the opposite occurred, and both sides engaged in a political farce fraught with escalatory diplomatic performance. Chinese diplomat Jiechi Yang’s behavior in particular sent shockwaves throughout diplomatic and academic communities. “I think we thought too well of the United States… The U.S. side was not even qualified to say such things even 20 years or 30 years back,” says Yang.

The emergence of China’s aggressive diplomatic style, known as the “Wolf Warrior Diplomacy,” is a perplexing development. Traditionally, China has sought to maintain a low profile with its conservative “Peaceful Development,” an approach it has not eschewed by any means. Does this mean “Wolf Warrior Diplomacy” is a bluff? When does the China wolf bite, and when does it lie low?

The Origin of “Wolf-Warrior Diplomacy”

The term “Wolf Warrior” comes from a Chinese Rambo-style movie titled :Wolf Warrior II.” In this movie, a tough and loyal Chinese soldier ventures to a remote African desert to rescue some Chinese, Africans and an American from a group of well-equipped and cruel white mercenaries. In the final scene, the main character ties the Chinese flag to his left arm, stands on top of the truck carrying those saved and waves, conveying to the local guerillas that these people are under the protection of the Chinese government. The movie has become so popular since its 2017 premier that it was released another two times to become the highest-grossing film in Chinese movie history until September 2021.

“Wolf Warrior II” is chock full of political and cultural metaphors. Since its release, the movie has become a strong symbol of Chinese nationalism and ethnic pride. Stanley Rosen, professor of political science at the University of Southern California, comments that the movie is an “interesting parallel” to previous Chinese superhero movies. It is “an anti-hero movie that somehow emulated the Hollywood trope” to express Chinese nationalism, he says. However, in recent years, Chinese netizens and western media have appropriated this term to describe China’s aggressive diplomatic style, dubbing it “Wolf Warrior Diplomacy.”

This aggressive style of diplomacy is actively promoted and pursued by Chinese officials and diplomats such as Lijian Zhao. Before being the spokesman of the Ministry of Foreign Affairs, Zhao served as the Counselor at the Chinese Embassy to Pakistan from 2015 to 2019. Zhao, who is extremely vocal on social media, cultivates a Trump-like persona on Twitter. On Nov. 29, 2020, he tweeted a caricature depicting an Australian soldier holding a bloodied knife over the throat of an Afghan child to ironize the Australian military’s scandal in Afghanistan. The Australian Prime Minister Scott Morrison soon demanded an “apology” from the Chinese government. In response, Zhao pinned the tweet at the top of his Twitter feed. On Dec. 1, 2020, Scott Morrison posted A Letter from the Prime Minister on his WeChat account, the most popular Chinese messaging service, in which he eulogized the contributions of Chinese Australians and claimed that this incident would not impair China-Australia relations. But the post was removed by WeChat a day later for “violating platform’s related policies.” On the other hand, Twitter refused the Australian government’s demand to delete Zhao’s tweet.

The quarrel between Lijian Zhao and Scott Morrison has cemented “Wolf Warrior Diplomacy” as a widely used term in global media to describe China’s confrontational, undiplomatic rhetoric. But this rhetoric emerged long before 2020 and the high-profile quarrel unfolded.

Chinese Communist Party officials necessitate the use of Wolf Warrior Diplomacy when the party wants to emphasize external changes, notably hostility from foreign governments. By highlighting these external changes, the government justifies its aggressive language usage. But, there first must be an “aggressor” to enable China to play the role of victim. The former U.S. President Donald Trump happened to be such an “aggressor” in the Trade War.

One example of this “victimhood” is a news report released by CCTV on May 13, 2018, titled: China Has Been Prepared to Respond Comprehensively. The TV host speaks in an adamant and firm tone, saying, “China doesn’t want to fight but will have to fight when necessary.”

By establishing victimhood as a necessary precursor to diplomatic response, the host conveys one of the “golden sentences” (金句) of “Wolf Warrior” language: “We will fight to the end if you want to fight.” The golden sentences went viral among Chinese people and the news report was widely considered as China’s “declaration of the Trade War.”

Stephen J. Hartnett, professor of communications at the University of Colorado, Denver, has been studying U.S.-China rhetoric for years. He suggests that China’s aggressive reaction to the U.S. may be a “miscalculation [of] America.” “I think there is a political fracture within American society. And this fracture is not properly recognized or understood by China,” says Hartnett.

Indeed, it’s hard to say whether American consensus existed on whether to engage in a trade war. In contrast, the CCP’s strategic use of self-victimization made “Wolf Warrior” rhetoric almost a standard language protocol in China during the trade war. The usage of undiplomatic language in these two countries seems to be unbalanced.

“Wolf Warrior Diplomacy” appeared to be less of a victimhood-induced necessity in the US-China Anchorage Meeting. Jiechi Yang, the CCP Politburo member in charge of foreign affairs, exhibited both aggressiveness and proactivity in his opening statement. When American diplomats Antony Blinken and Jake Sullivan mentioned human rights among other sensitive topics, he fought back, stating, “I think we thought too well of the United States … So let me say here that, in front of the Chinese side, the United States does not have the qualification to say that it wants to speak to China from a position of strength.” He then refuted the “international rules and orders” proposed by the American side. Speaking for 16 minutes, Yang blew through the two-minute limit agreed upon in torturous pre-meeting negotiations over protocol. Chinese media framed Yang’s speech as a justified response to Blinken’s exceedingly long opening statement.

The trade war has proven that the Chinese wolf does nip despite sometimes seeming like a bluff. But whether the wolf takes a real bite depends on the sophisticated dynamics of the domestic and international environment. The authors of a Fortune article about the trade war thought that “Trump and Xi both think the other guy is bluffing.” But the accumulation of mutual bluffing eventually made the trade war a reality.

Sean Wong, professor of international relations at the Chinese University of Hong Kong, argues that politicians may not back down because they have been “won over” by opponents’ stronger arguments, but rather because the opponents can better appeal to an external audience with their tough words.

However, regarding “Wolf Warrior Diplomacy,” he says his theory may not be applicable. “There may be no specific external audience ‘Wolf Warrior Diplomacy’ wants to resonate with,” says Wong. Rather, he points out the “Wolf Warrior” rhetoric emotionally appeals to a domestic Chinese audience, saying the rhetoric is frequently utilized with the excuse of something “hurting Chinese people’s feelings.”

As Chaguan, the anonymous Chinese columnist at The Economist, comments:

“Chinese envoys talk of being a responsible, globally minded major power. Then they turn round and stoke nationalism at home, and play the obnoxious bully abroad. Fighting as a lone wolf is dangerous in an action film. It is even riskier as a foreign policy.”

“Wolf Warrior Diplomacy”’ is a form of inward diplomacy with a strong emotional appeal aiming to maintain domestic audiences’ instead of foreign audiences’ favorability to China. But it has significantly eroded China’s soft power and international image, as the survey by the Pew Research Center shows. It’s time for the CCP to consider whether primarily appealing to domestic audiences while ignoring foreign audiences can ultimately help with the country’s development and stability in the long term.